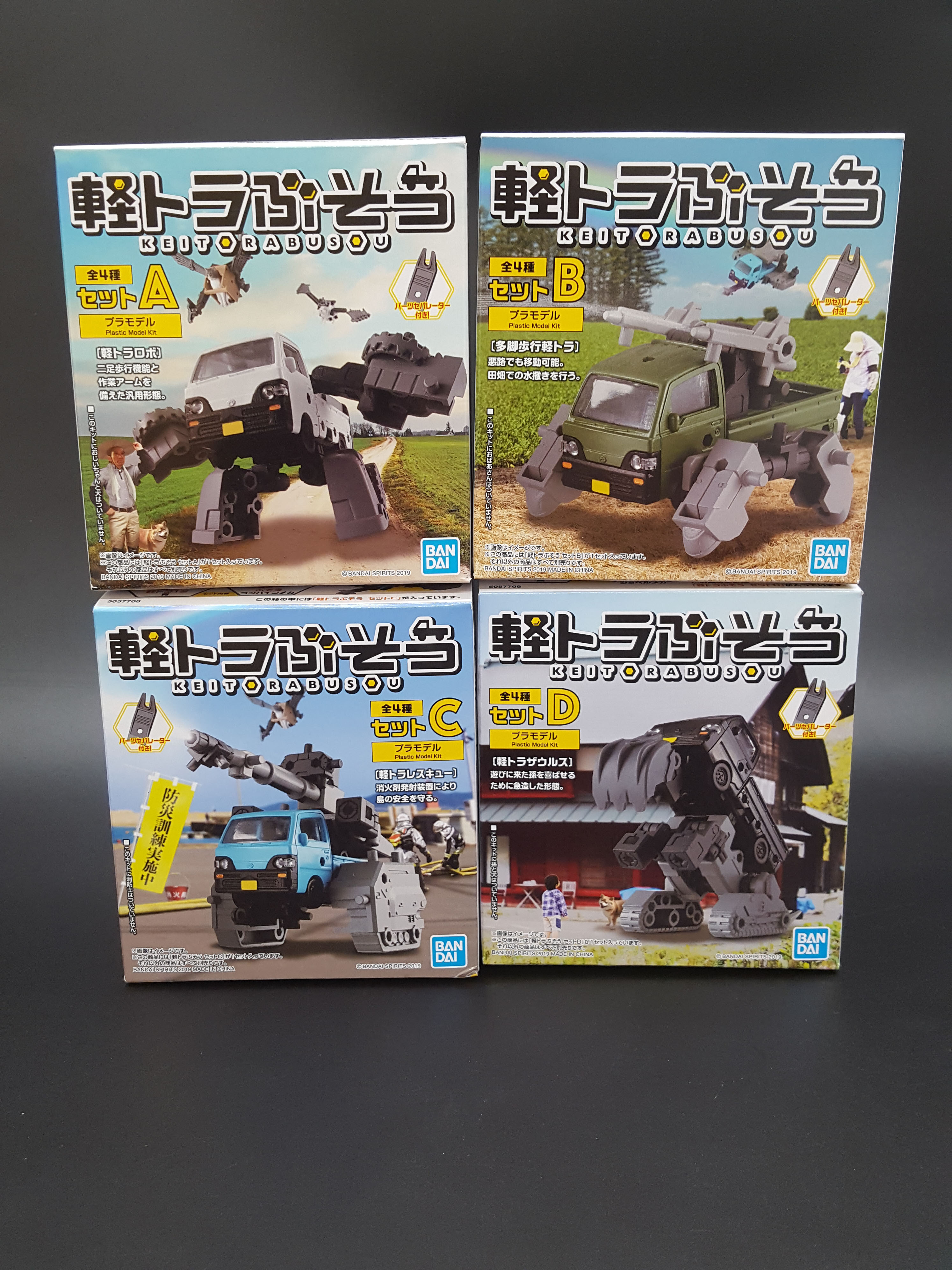 You may remember Neko Busou, the line of weaponized cat model kits that Bandai released over the past year or so that started out as an April Fool’s joke. Now, Bandai expands upon the “Busou” line — but instead of cats, this series consists of… kei trucks.

Kei trucks are mini, lightweight trucks that are popular in Japan as alternatives to more expensive hauling vehicles, and are often seen around the HLJ building being used by neighboring farmers tending to their fields. They’re pretty small and can fit down most of the narrow roads we have around here!

But back to the kits. Similar to the Neko Busou kits, these trucks are decked out with armaments and box art that make them look like a darn good Transformers parody. The Neko Busou cats even make cameos; they two lines are compatible with one another and you’re encouraged to mix and match kits.

As with the later Neko Busou releases, these kits come with parts separators so you can break apart and rebuild kits in new configurations over and over again.

Let’s take a look at the four kits in the initial release! 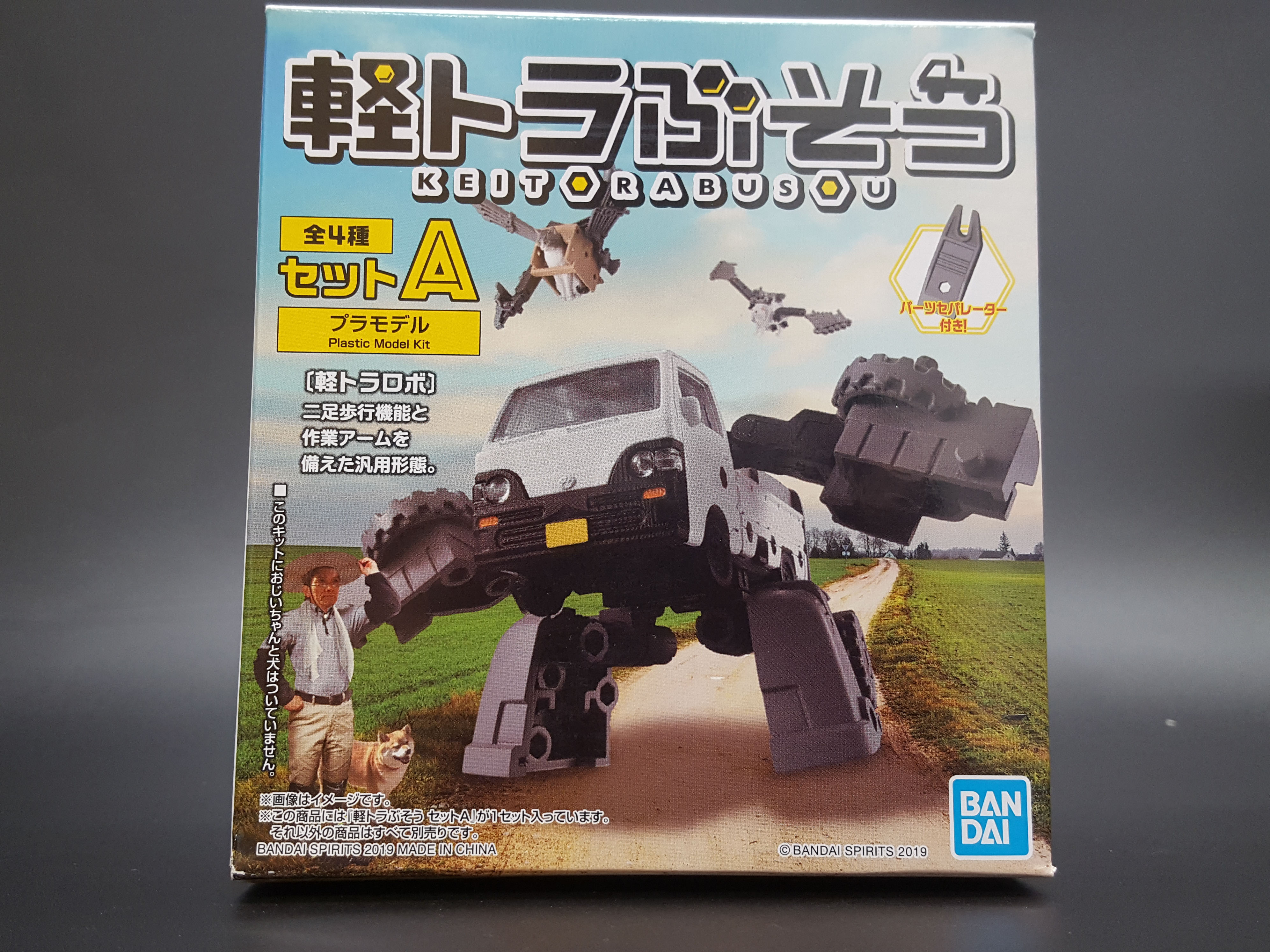 Keitora Robo. A white flatbed truck that becomes a four-limbed, walking robot! Combine the limbs to build a tractor mecha. (It’s two farm vehicles in one!) 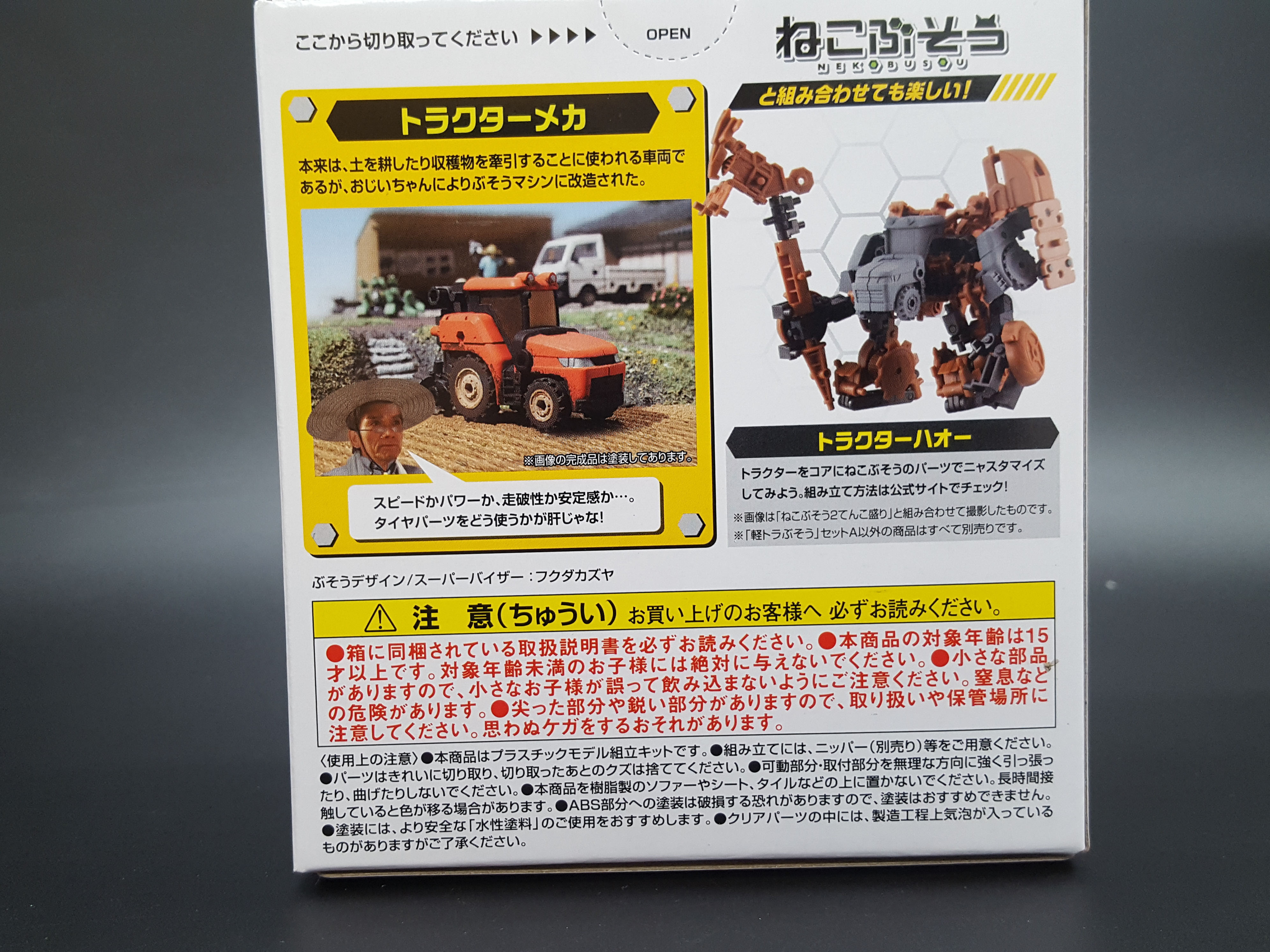 You can create a Tractor Ha-Oh by combining the tractor mecha parts with Neko Busou 2’s Tenokomori! 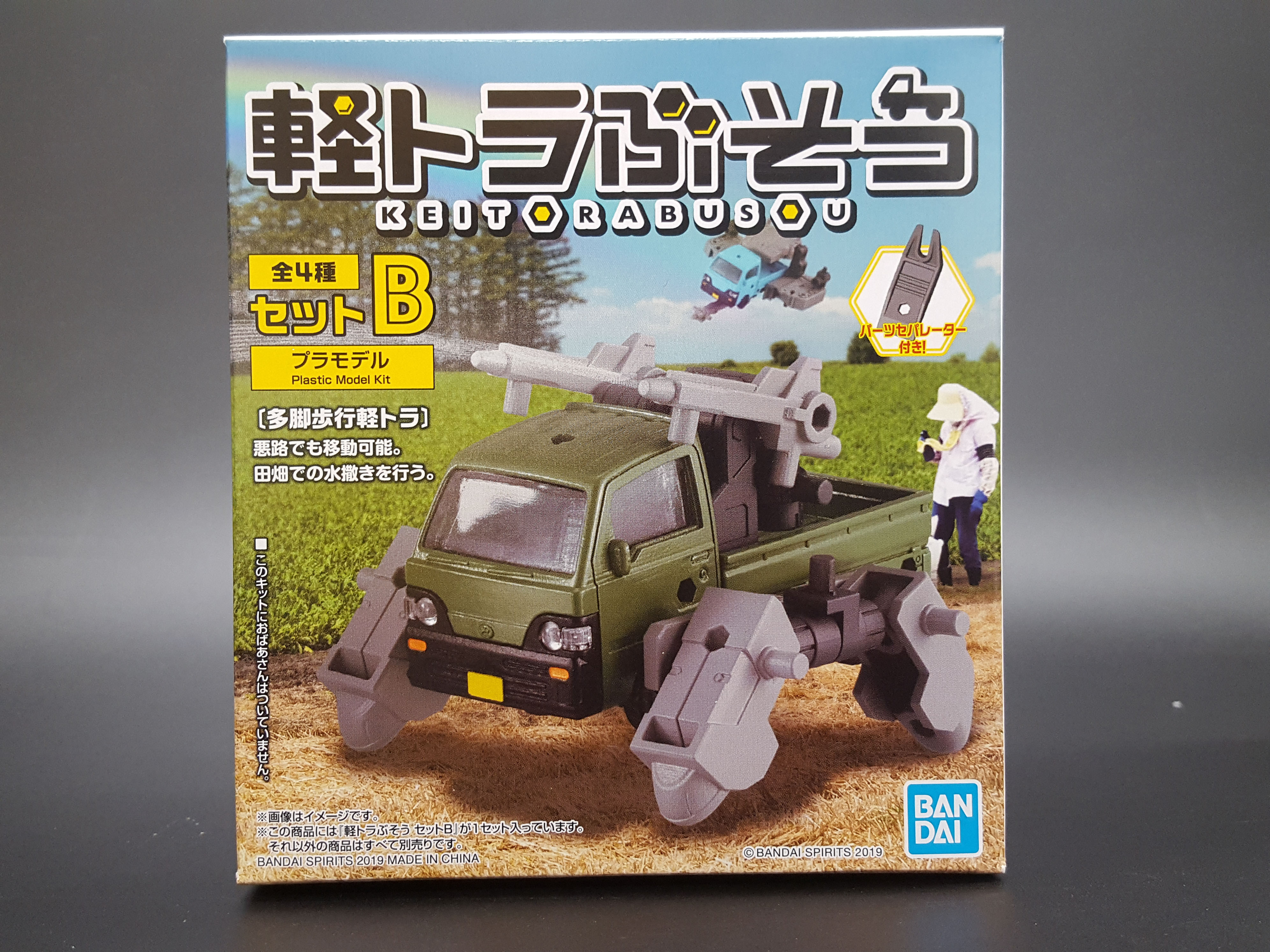 Multi-legged Walker Keitora. A green flatbed truck that can be equipped with four legs and a missile launcher. Use the armament parts alone and you can build an RC-style helicopter. 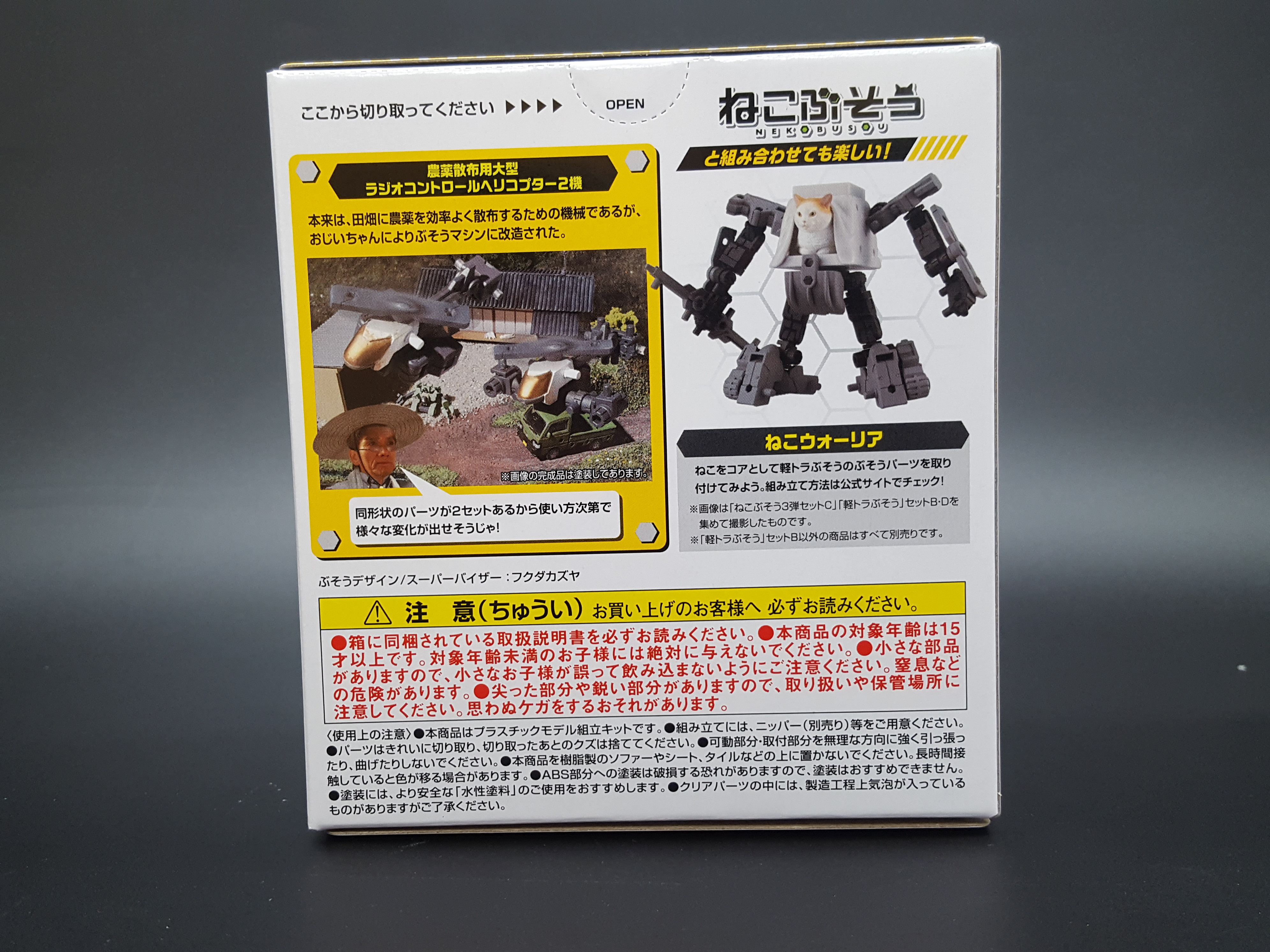 Combine the RC helicopter parts with Neko Busou 3’s Chumori type C and you can make the Neko Walker! 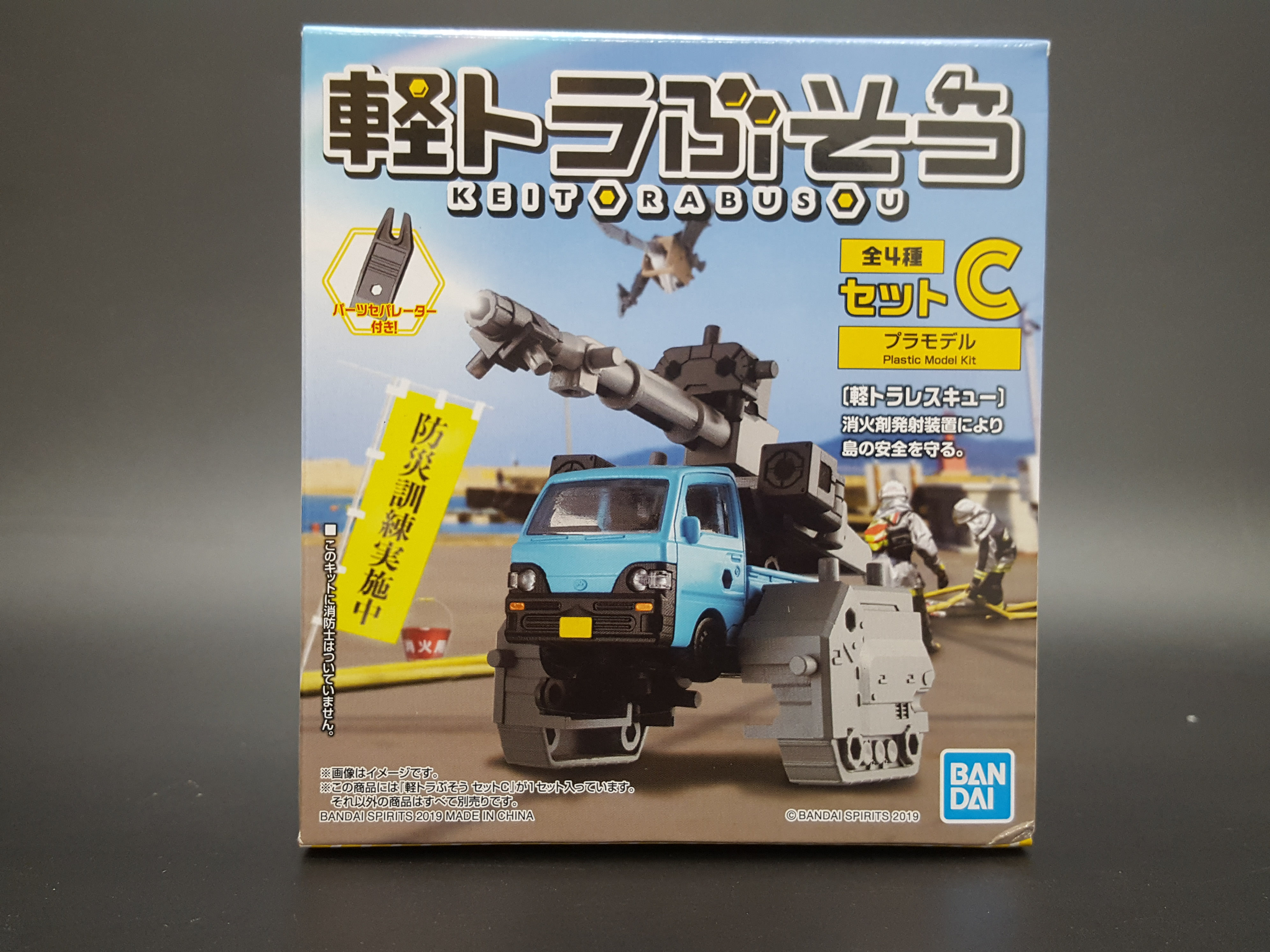 Keitora Rescue. A blue flatbed truck with tank treads and a cannon. Take only the armament parts for a combine mecha. 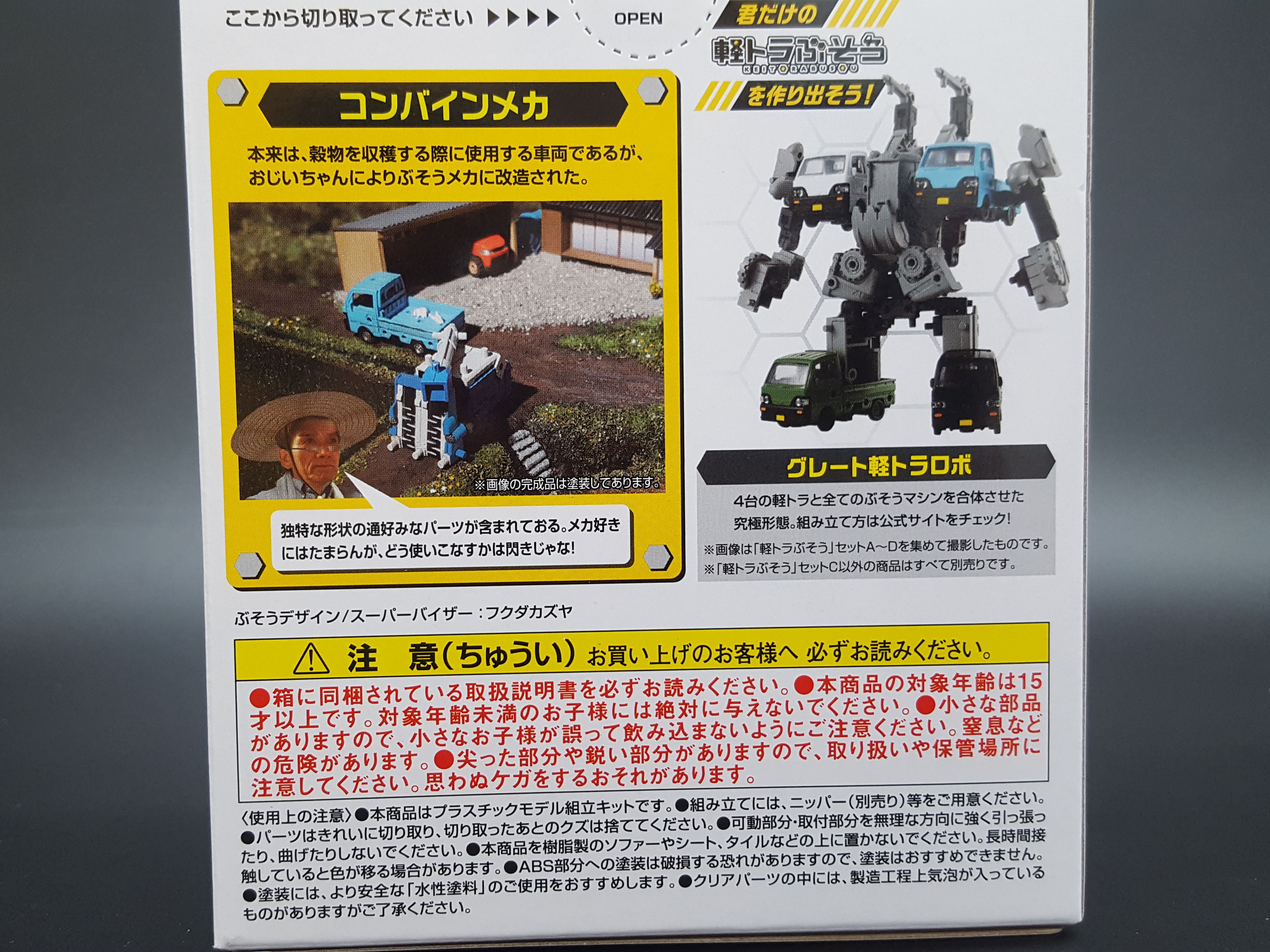 …or go the extra mile and combine all four of these Keitora kits to make the Great Keitora Robo! 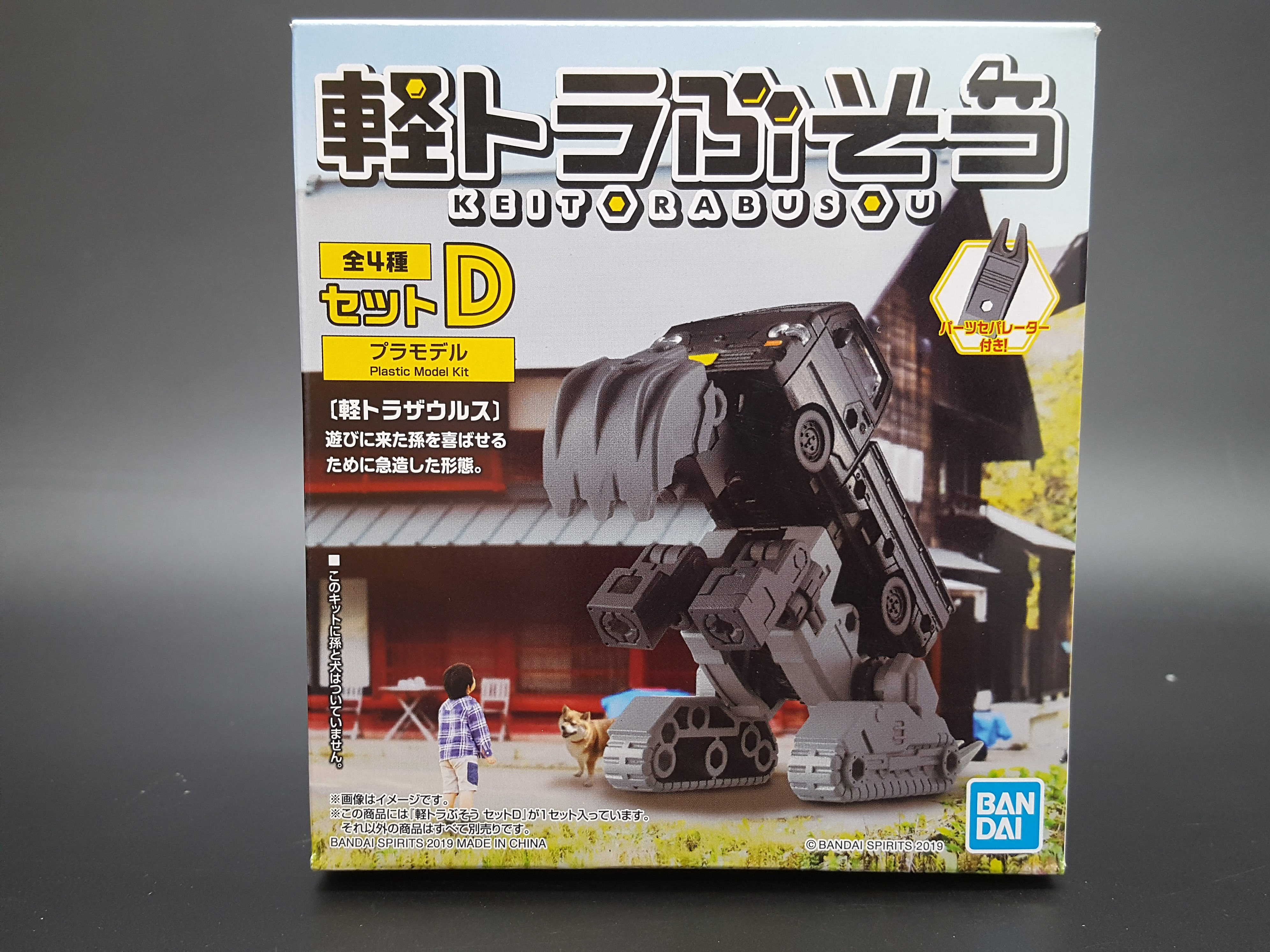 Keitorasaurus. The last truck is a black flatbed with tank treads on the back that allow it to lift up onto its haunches and bare a shovel. The armament parts alone combine to form a small shovel mecha. 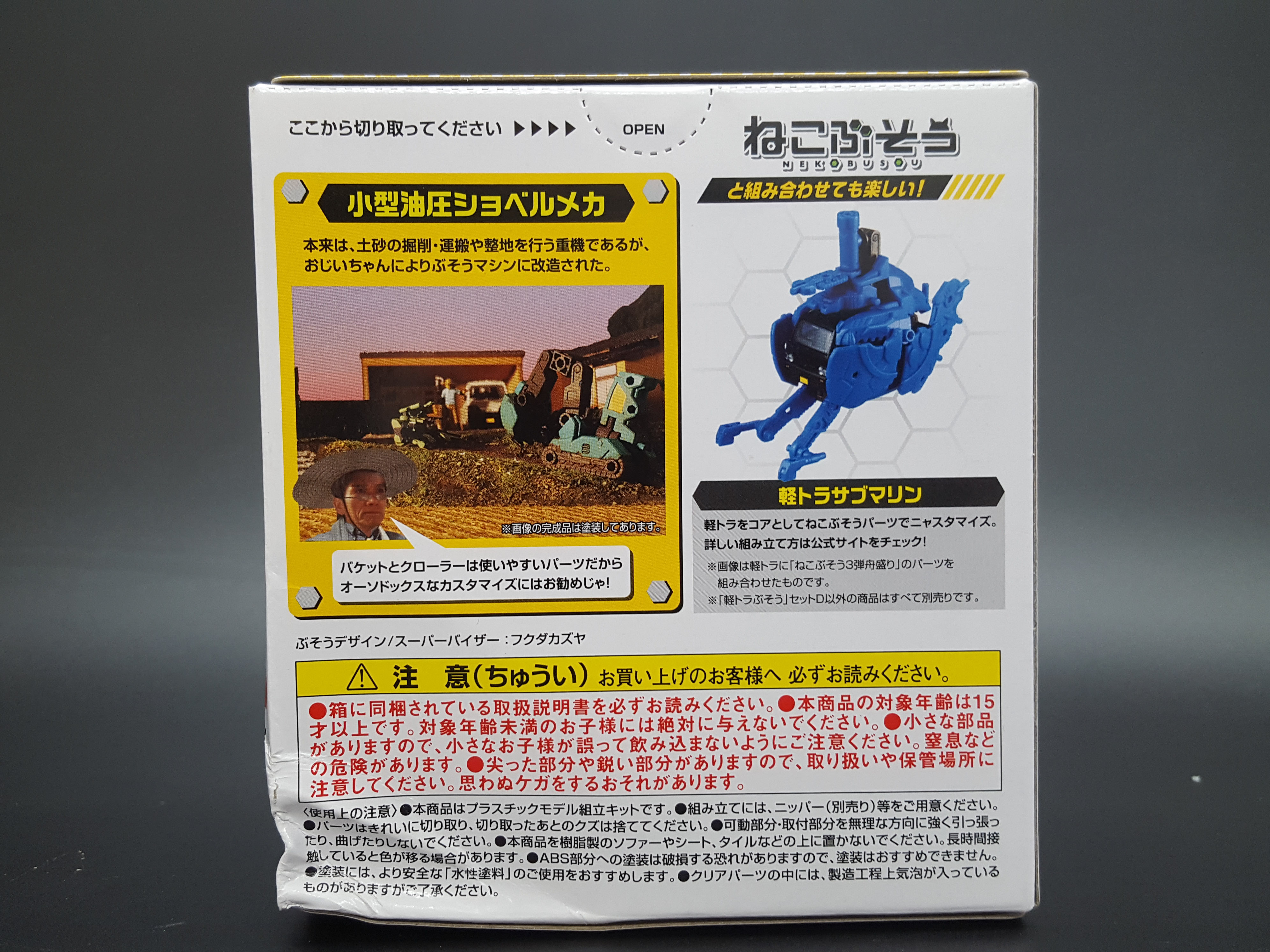 Take the mecha parts and the Neko Busou 3 Funamori kit, and you can build the Keitora Submarine!

If you want to try mix and matching your kits with these wild trucks, you can pick them up here in sets full double sets of 8, or random single pieces!:
– Keitora Busou