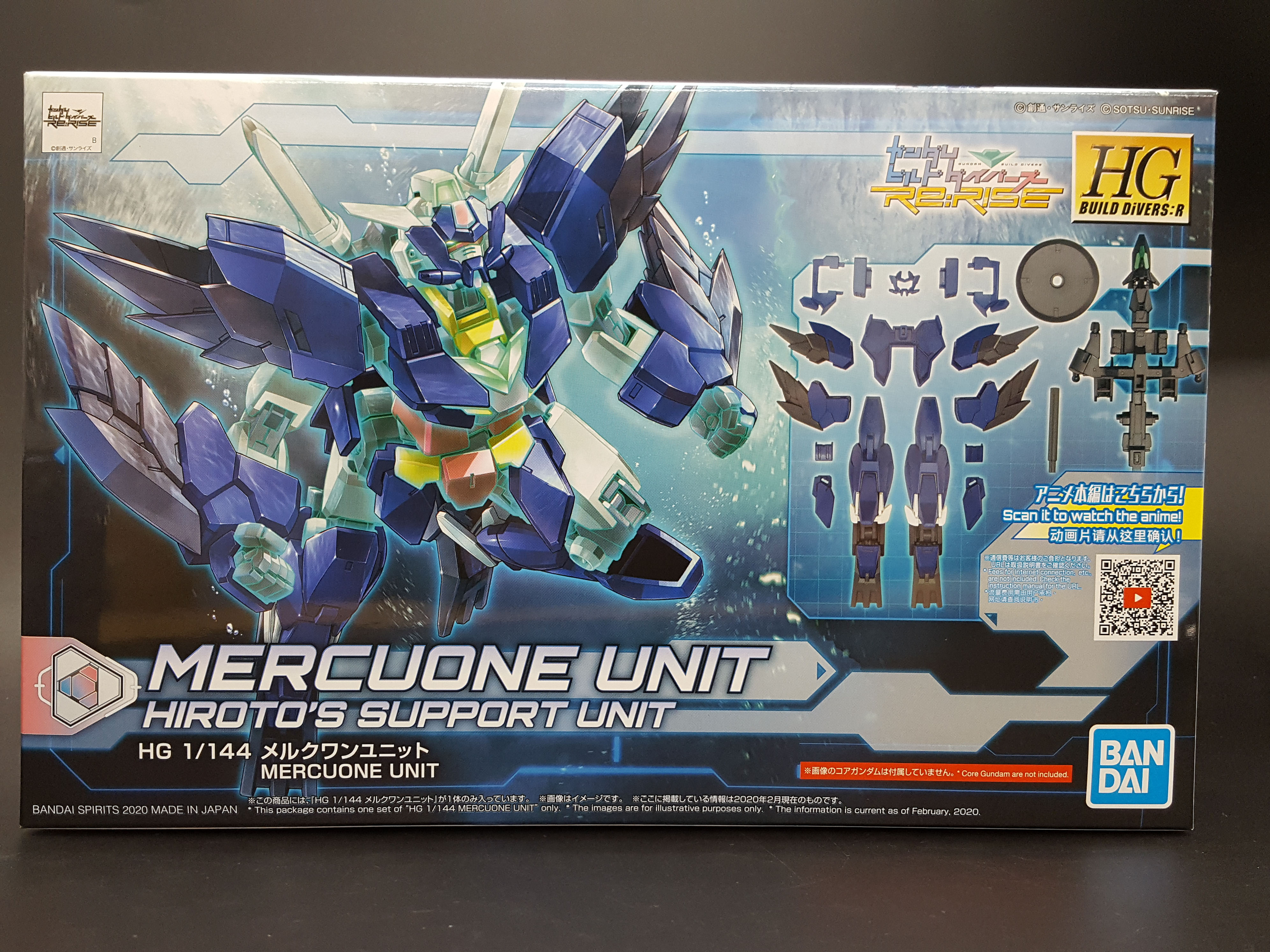 The Mercuone Unit has arrived! This kit contains armor parts to use with the Core Gundam to turn it into the Mercuone Gundam.  You can’t build the Core Gundam with this kit alone so you’ll need to have one of the other kits that includes a version of the Core Gundam — Earthree, Veetwo, Marsfour, or Jupitive.

Additionally, the parts from this kit can be used to build the Mercuone Unit, a standalone support unit, if you’d prefer not to swap around your Core Gundam build. 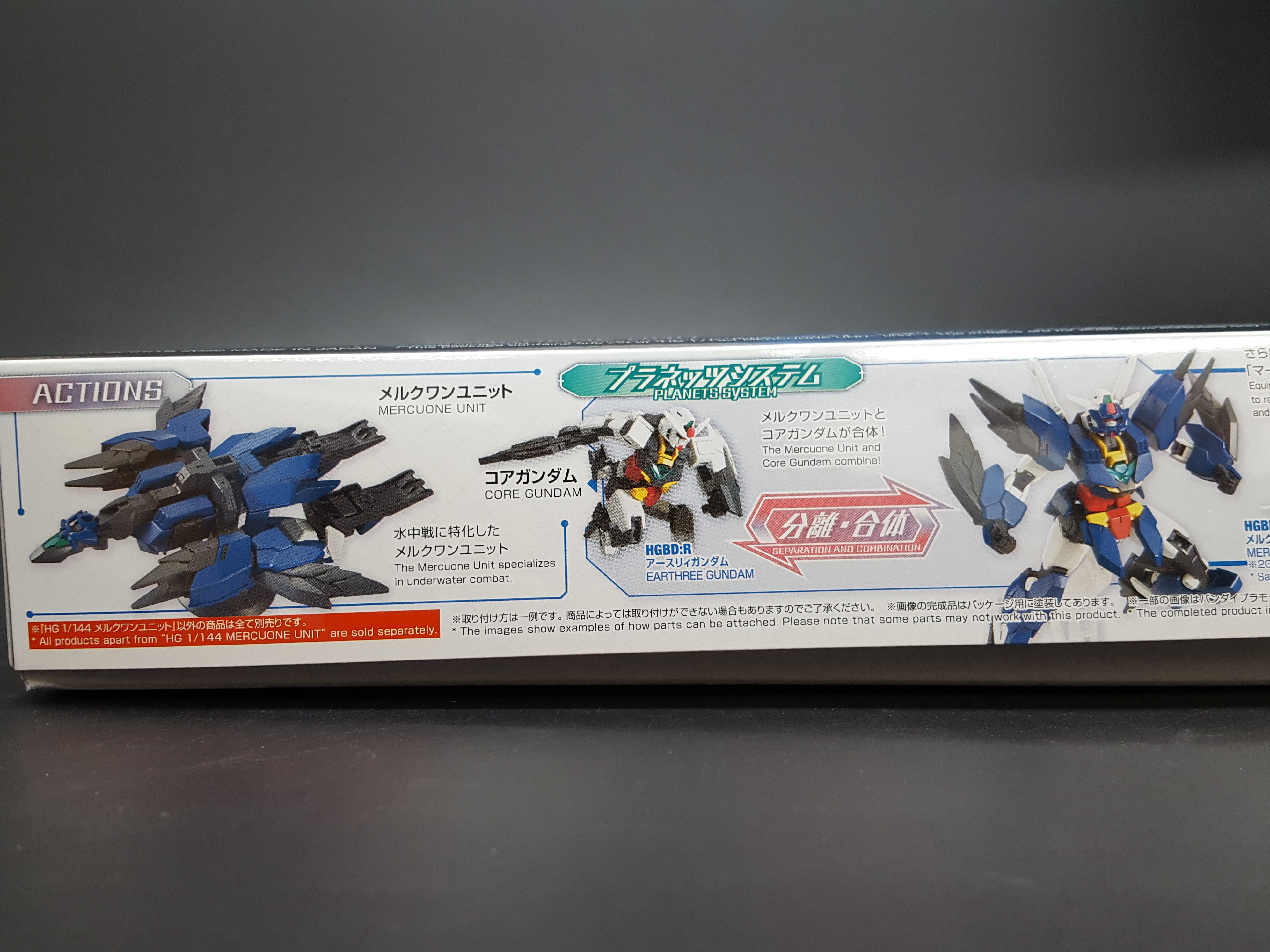 A look at the completed Mercuone Unit, the Core Gundam (sold separately), and the Mercuone Gundam. 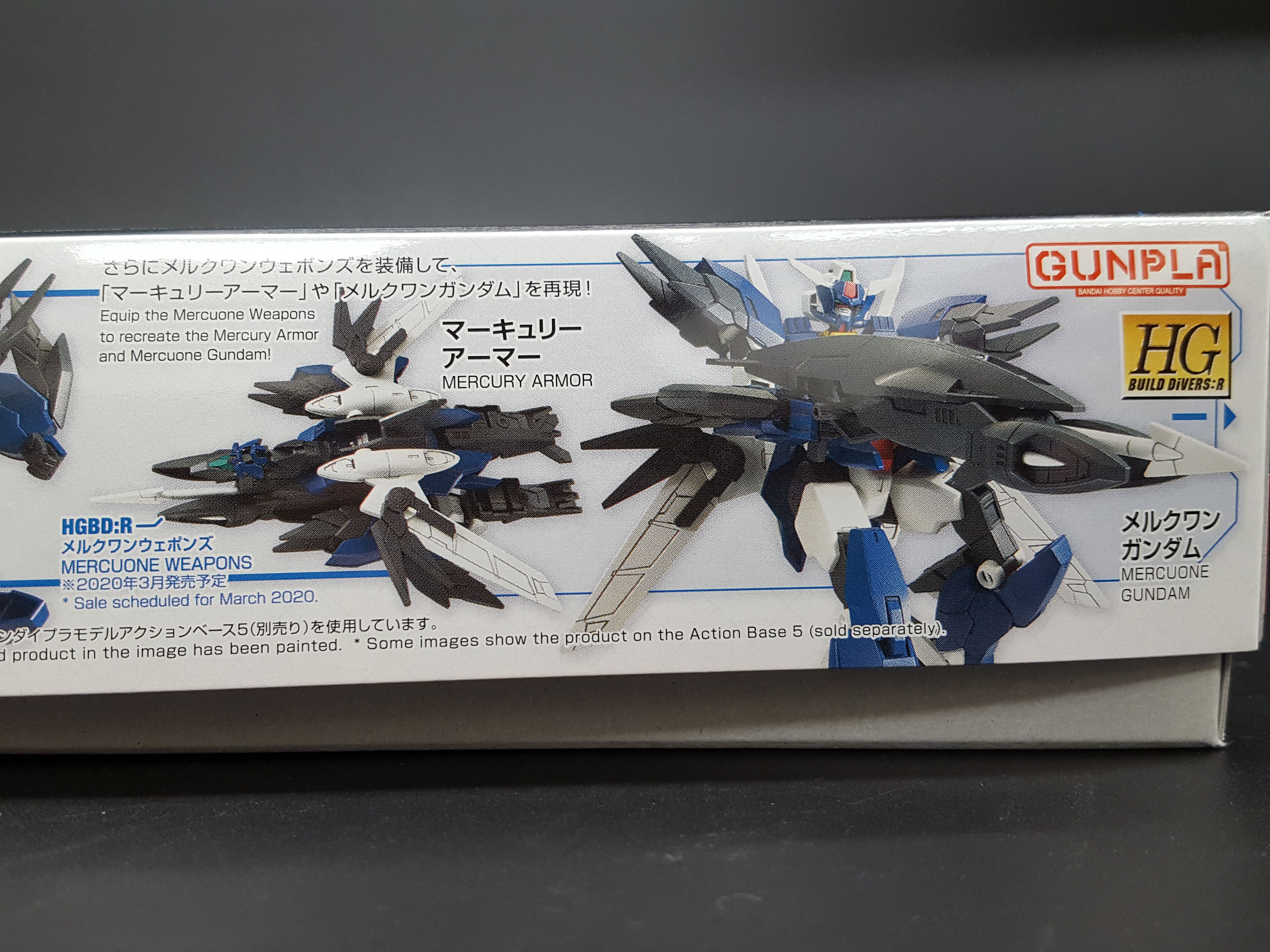 With the Mercuone Weapons, you can create the Mercury Armor. And technically, you’ll need that Weapons set, this Unit kit, and a Core Gundam to build the actual Mercuone Gundam. 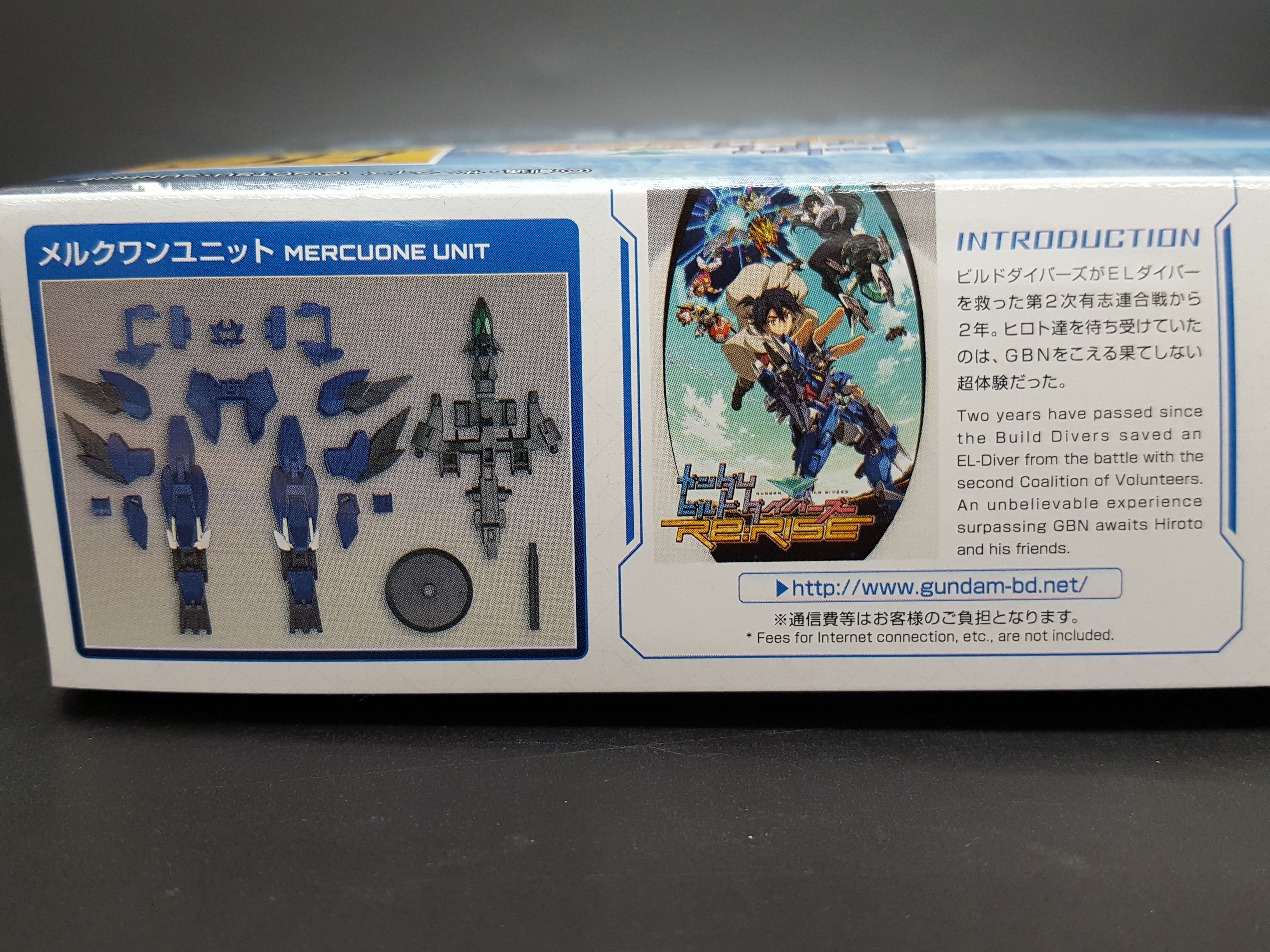 Finally, Bandai has a nice shot of all the parts laid out very aesthetically, and a quick intro to Build Divers Re:Rise on the right. 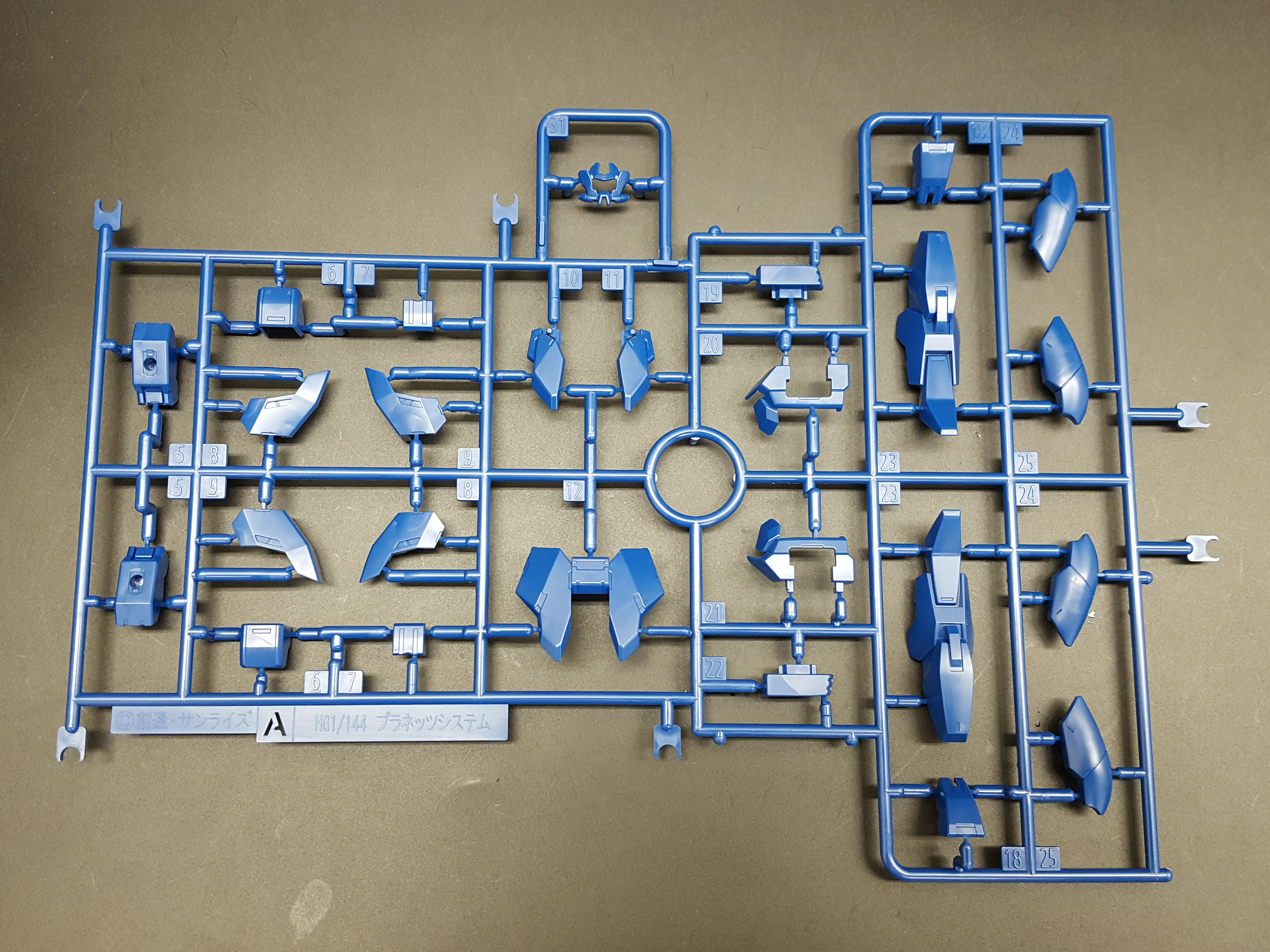 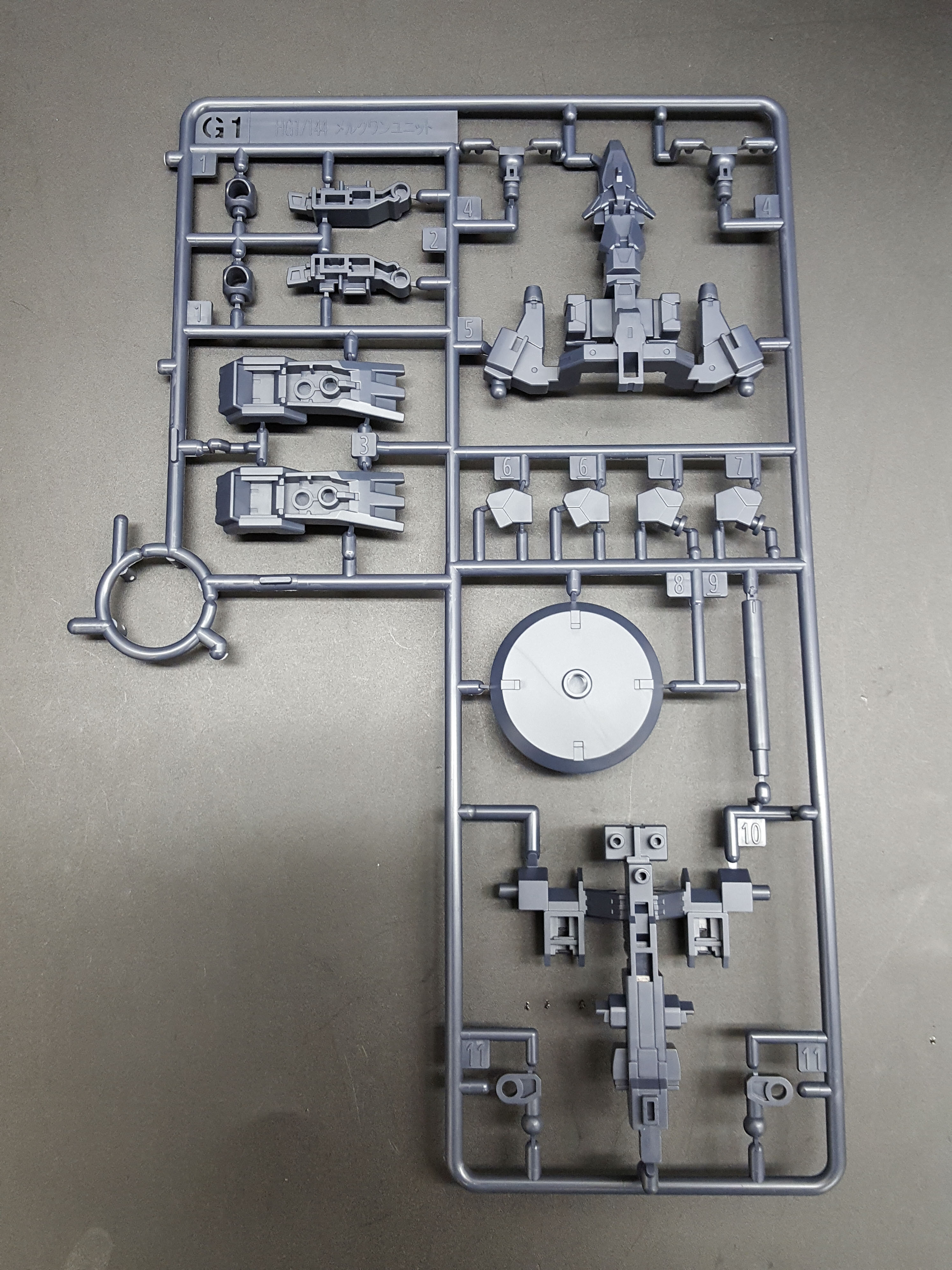 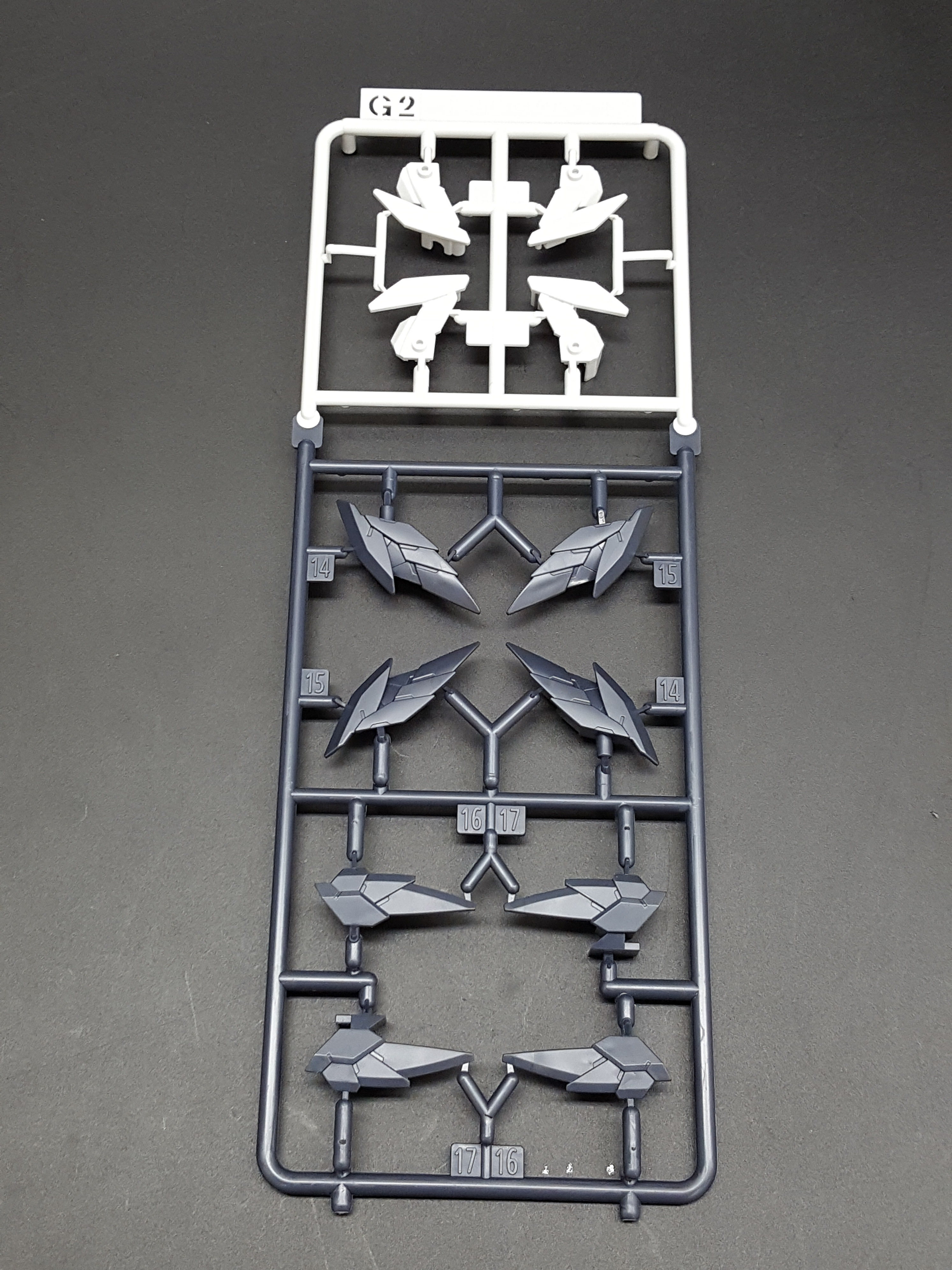 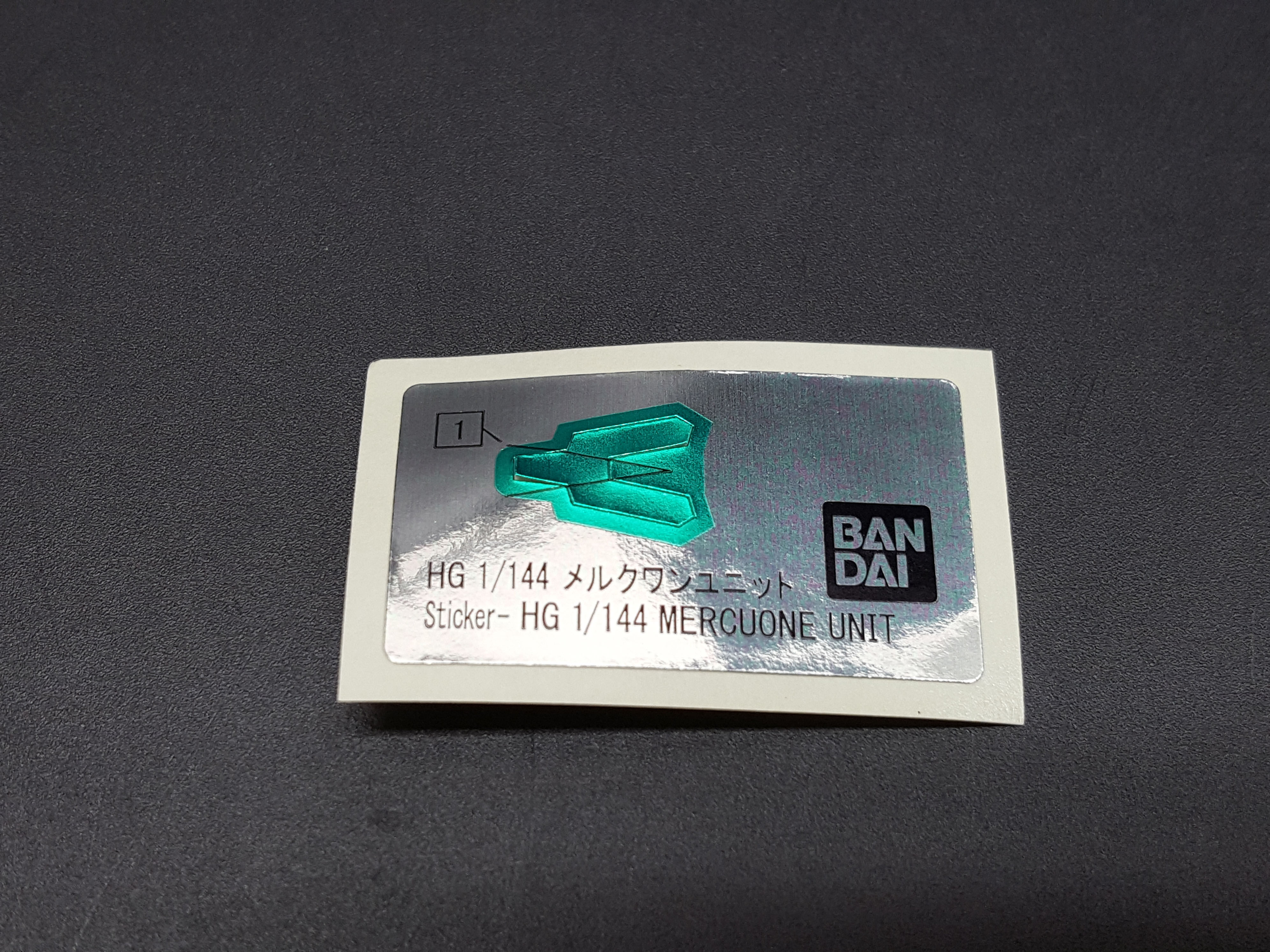 And a single, tiny foil sticker.