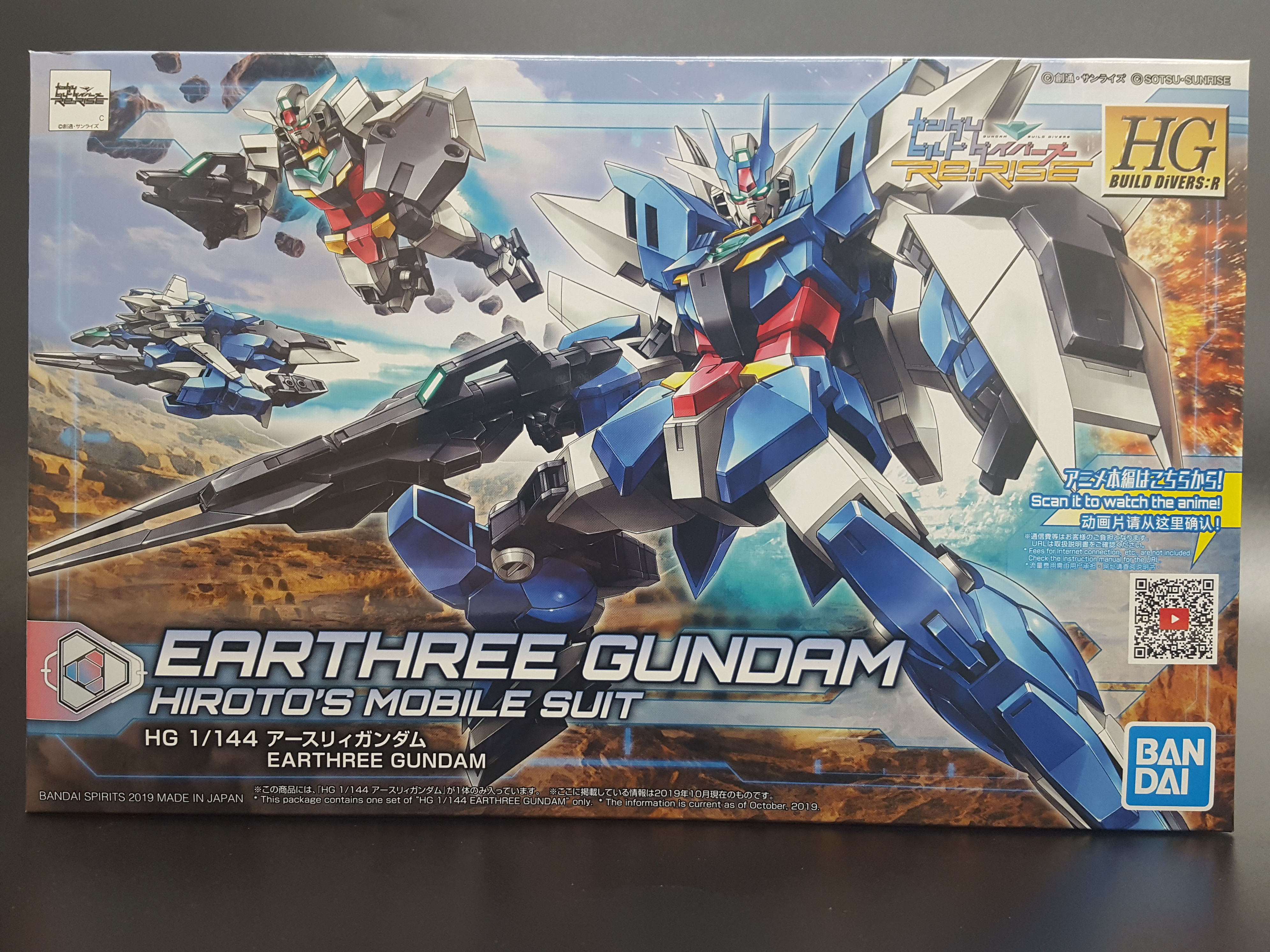 Build Divers Re:Rise has arrived! The kit series starts off with the Earthree Gundam, which just arrived at the warehouse today. We’re really excited about this one, as it’s sort of a new concept for Bandai’s Gunpla lineup. Like its recent 30 Minutes Missions series, the first few HGBD:R kits feature the ability to parts swap so you can customize your model. 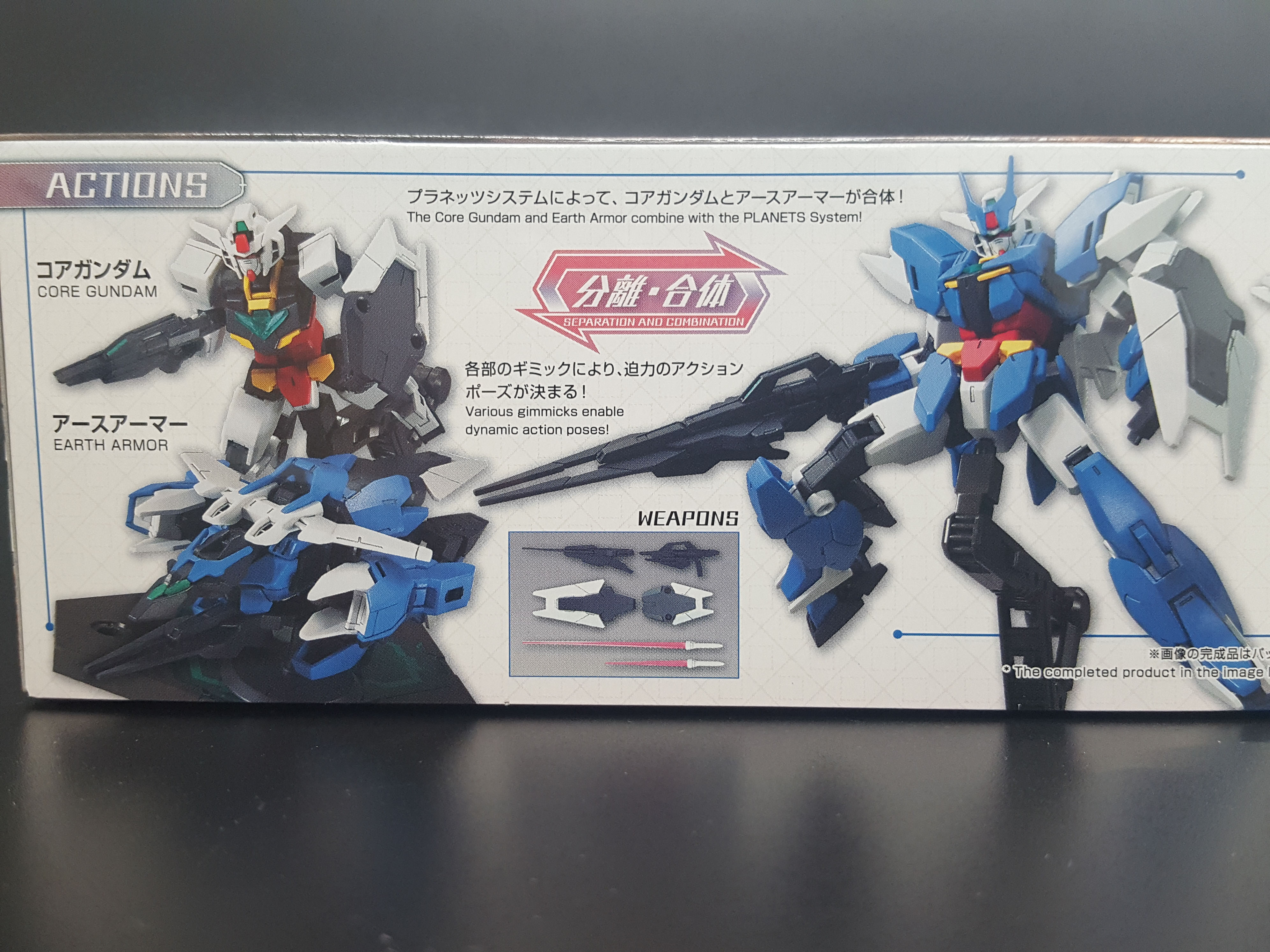 The first thing we see is a shot of the three kits you can get out of this thing: you can build the Core Gundam and Earth Armor separately at the same time (left), or combine their parts for the Earthree Gundam (right). 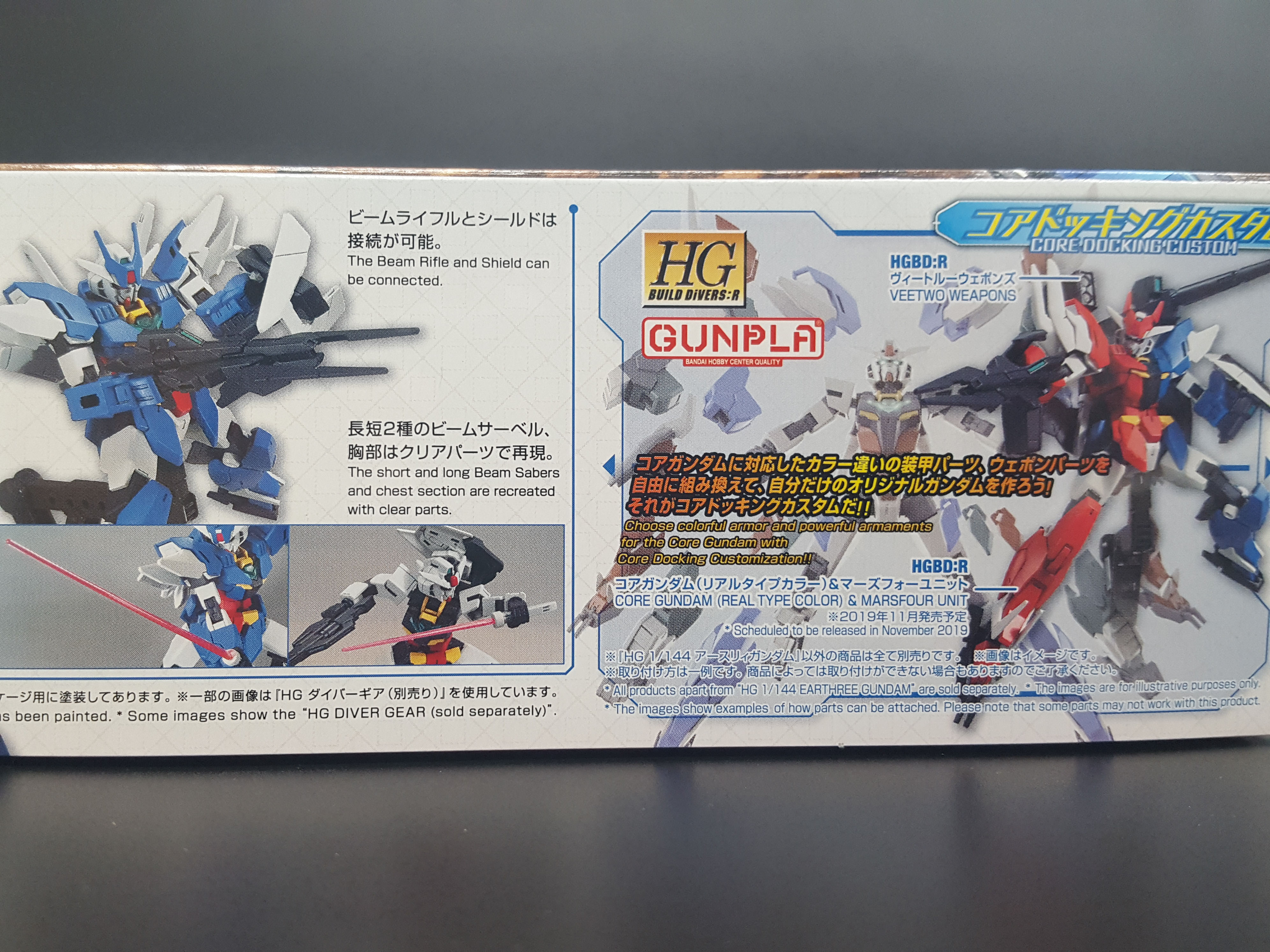 On the other half of the box, the weapons are shown off in some dynamic poses, and we get a look at the “Core Docking Custom,” a combination of different kits that can be pulled off when more of the kits release a little later on. 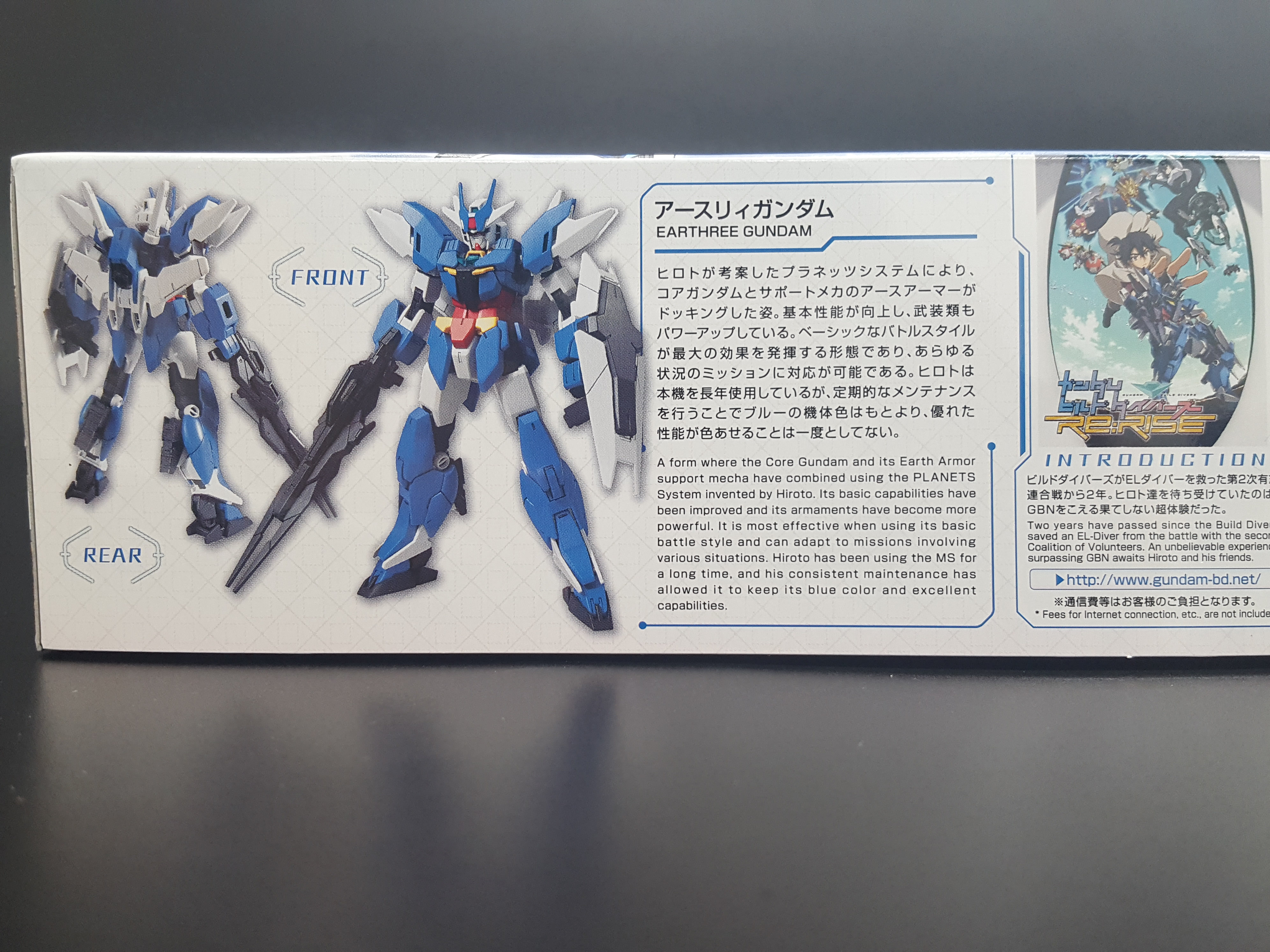 Finally, a look at the front and back of the completed kit in Earthree form. 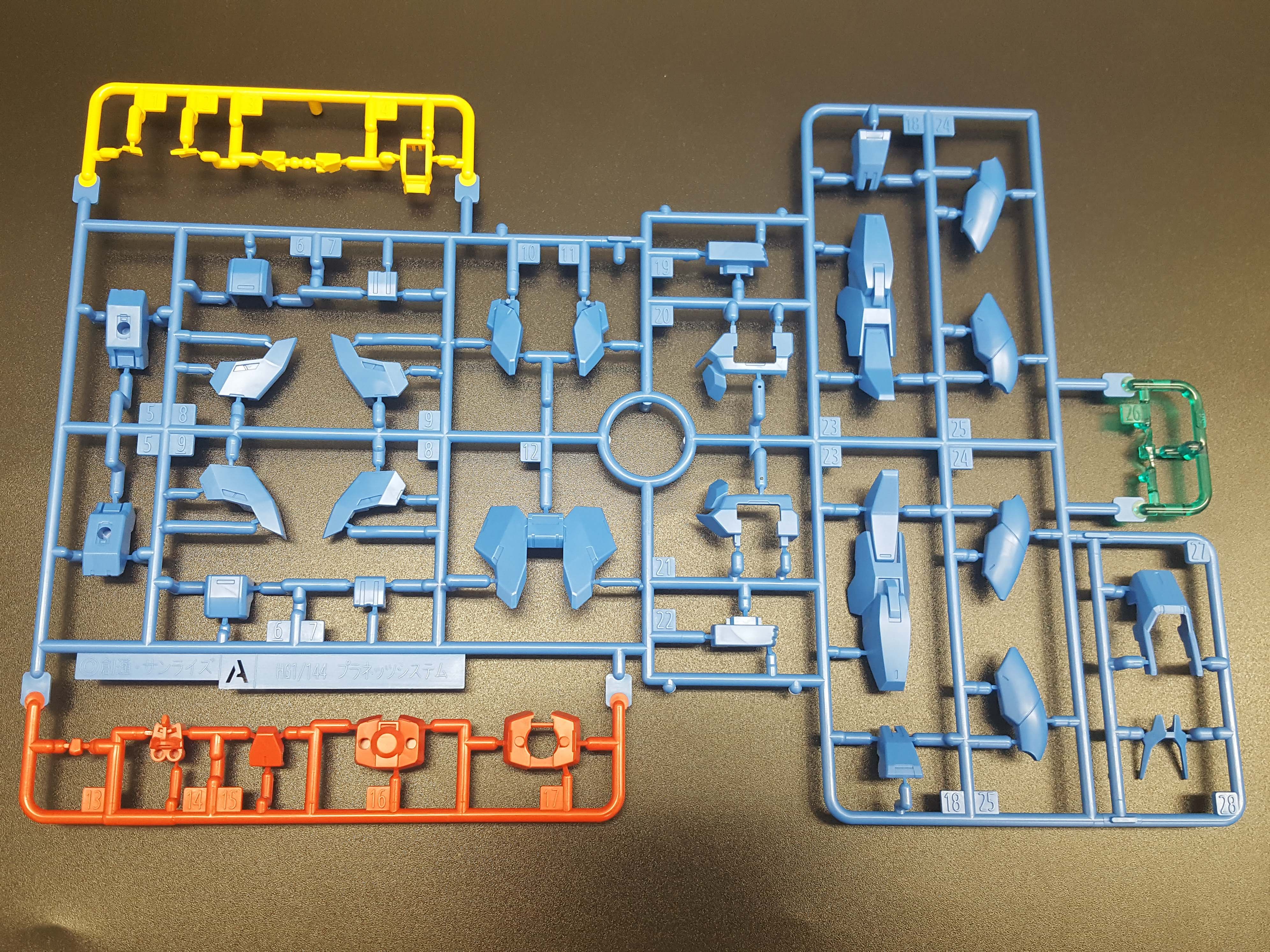 Please excuse this shot — my camera couldn’t deal with the black background and automatically lightened all the colors in this show. The runner is actually darker and not faded-looking like it is here! 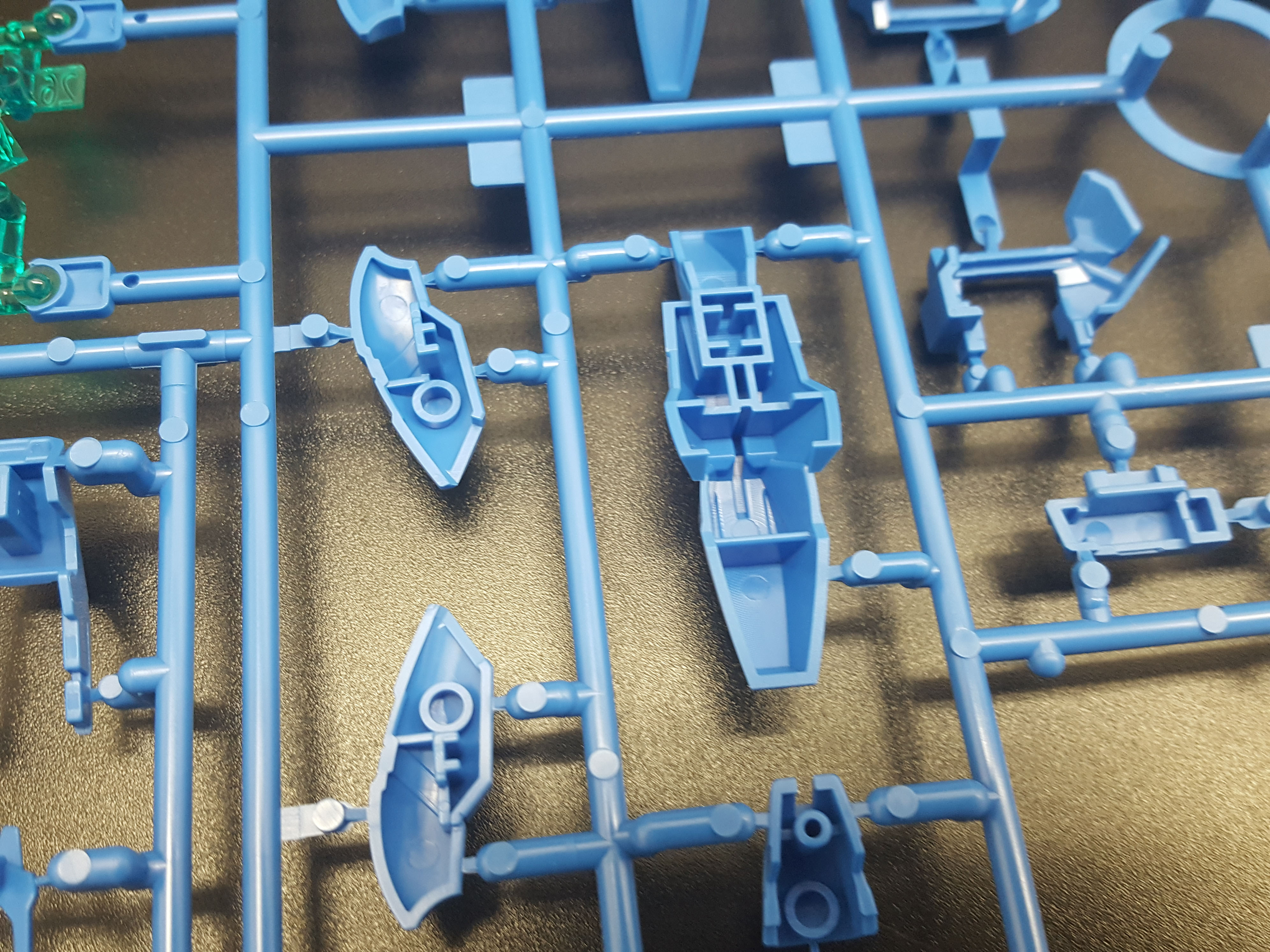 The engineering on the backs of some of the armor pieces is pretty cool. You can tell at a glance that these are made to be easily removable. Hopefully no parts separators required! 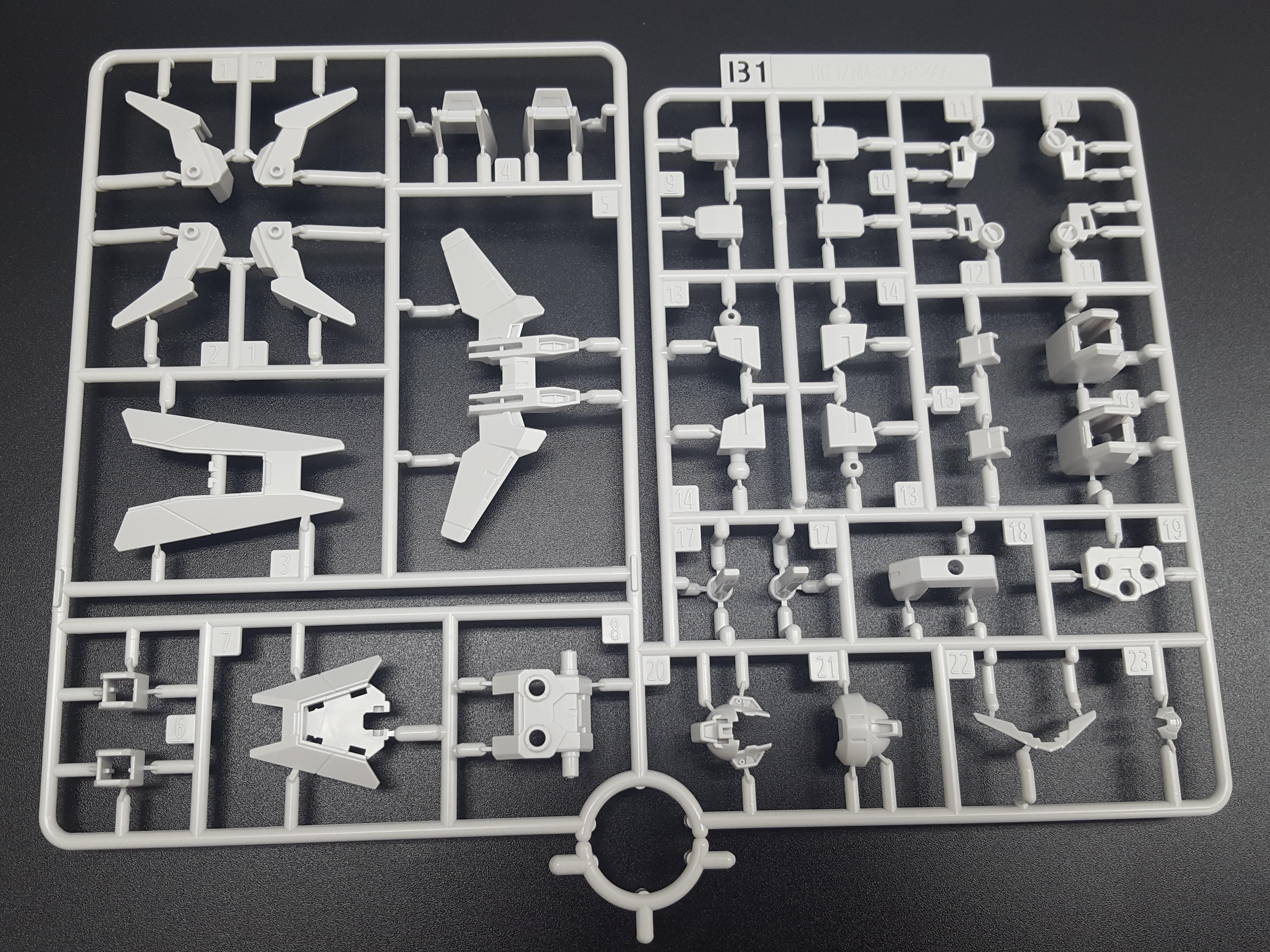 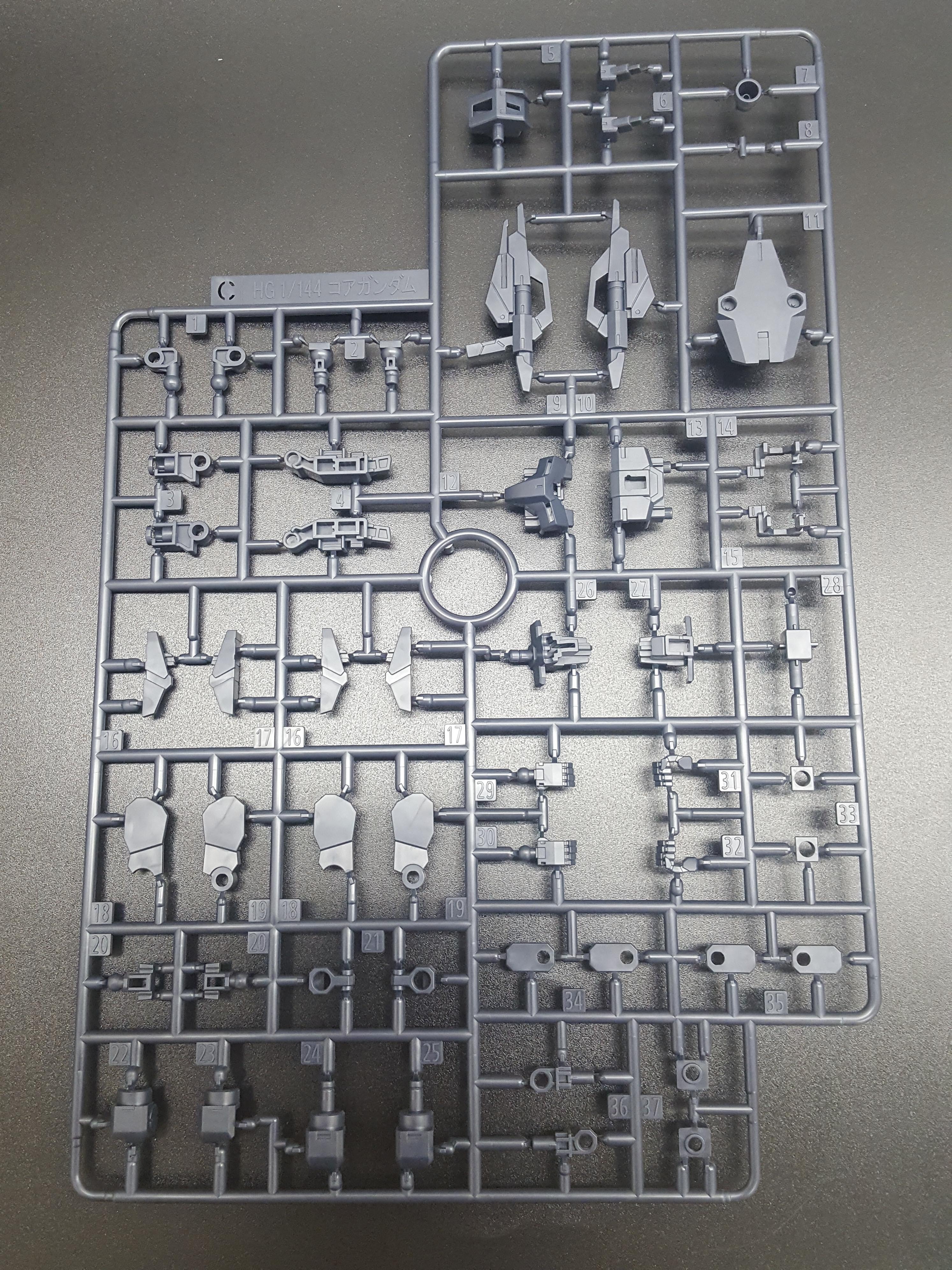 And finally, the polycaps, clear pink weapons effect parts, and just a couple of holographic stickers that are glaring terribly.

I’ll make it up to you, though — here are some photos from inside the manual, showing off some of the things you can accomplish with this kit!

What do you think? And have you seen the first episode yet? Let us know your thoughts on the Core Gundam System and the Earthree Gundam in the comments!