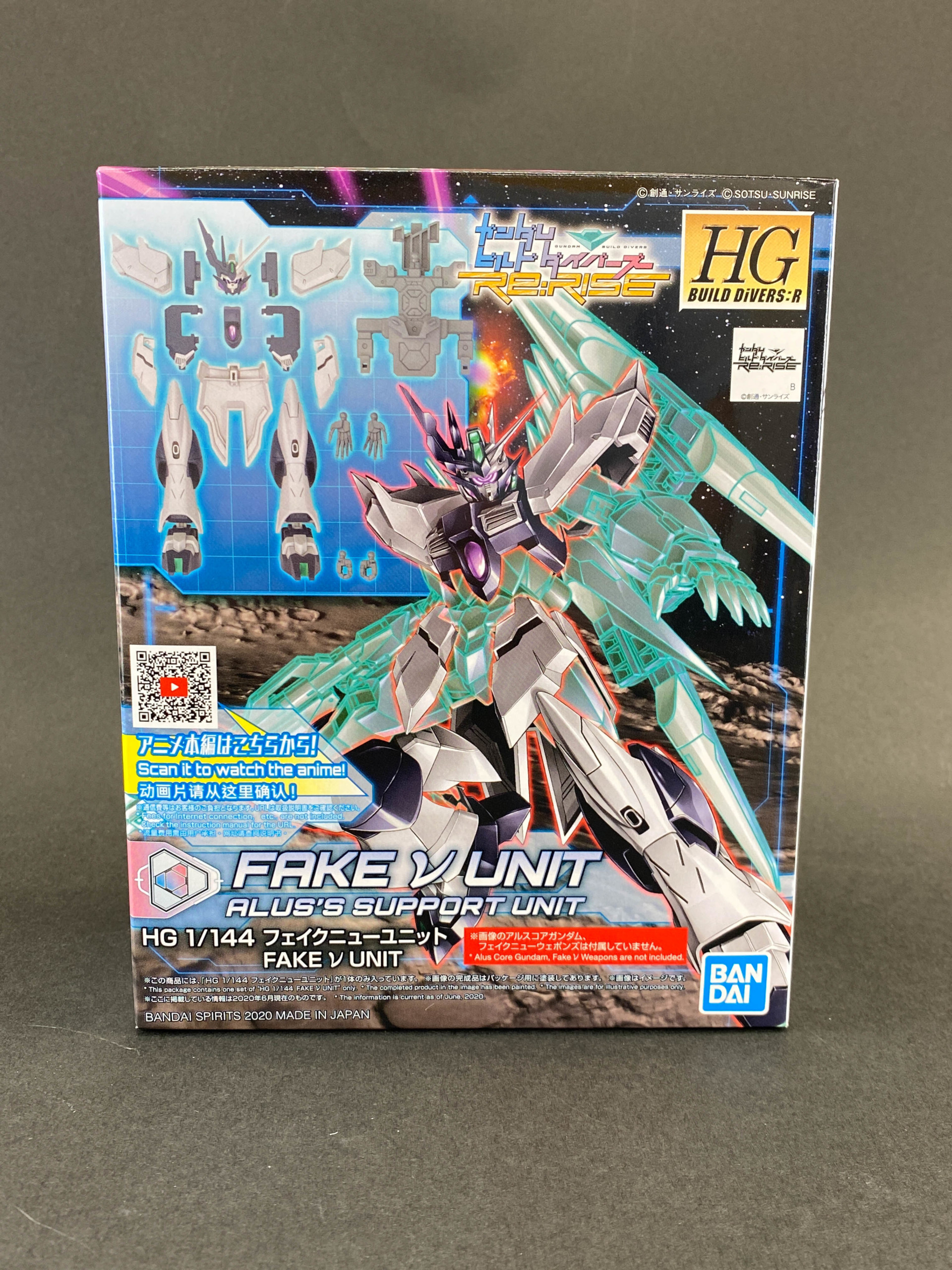 From “Gundam Build Divers Re:Rise” comes a new set of armor & weapon parts for a Core Gundam upgrade! But this isn’t your typical Core Gundam configuration — the Fake Nu Unit armor parts are used with the Alus Core Gundam (which is currently only available in the Alus Earthree Gundam kit) to build the Fake Nu Gundam.

Add the Fake Nu Weapons, and you’re all set!

As always, you can mix and match parts with other Alus Core Gundam parts for a custom build — and most likely with any of the Core Gundam configurations, too!

Evan will be back on Gunpla TV within a few days to give you a more complete rundown of what you can do with these bad boys, but in the meantime, let’s look at the parts! 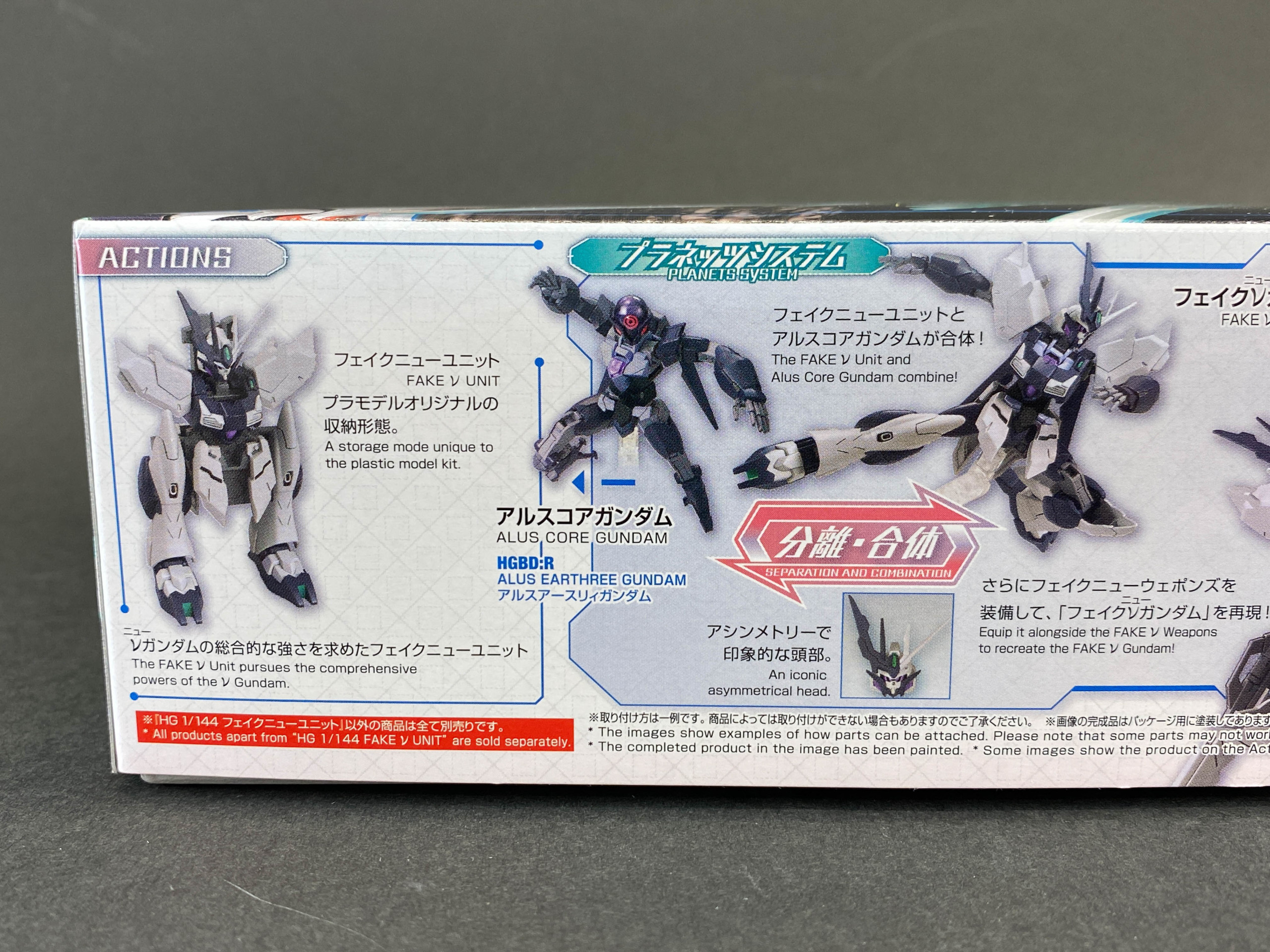 That’s not a squat little Gundam on the left you see — it’s actually a frame-based configuration so you can store the Fake Nu Unit when not in use with your Core Gundam!

We also get a look at just how cool that Alus Core Gundam looks with all the parts (and by itself, let’s be honest)! 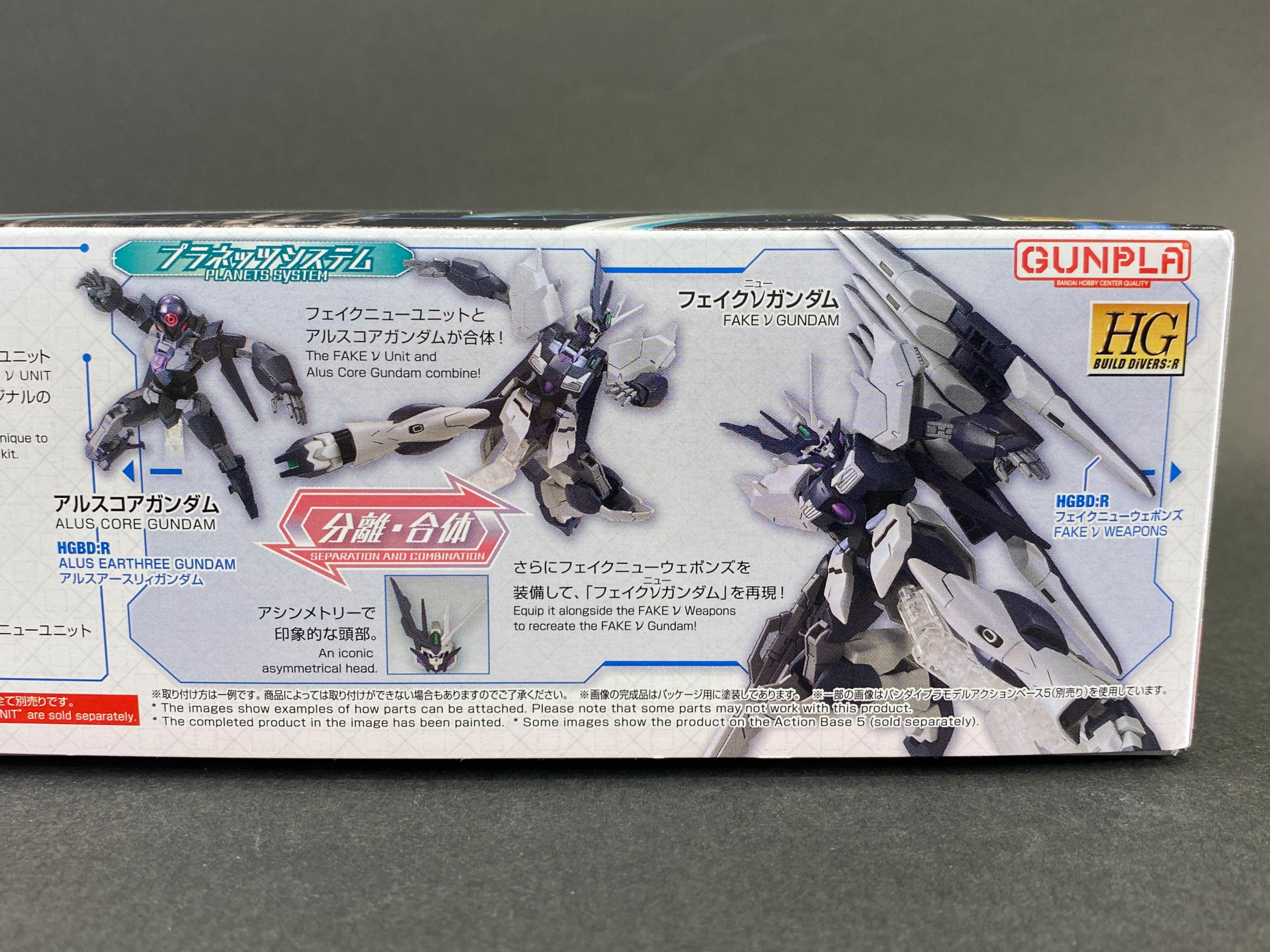 Bandai also shows us what it looks like when you ad the Fake Nu Weapons to the mix — you get the fins. 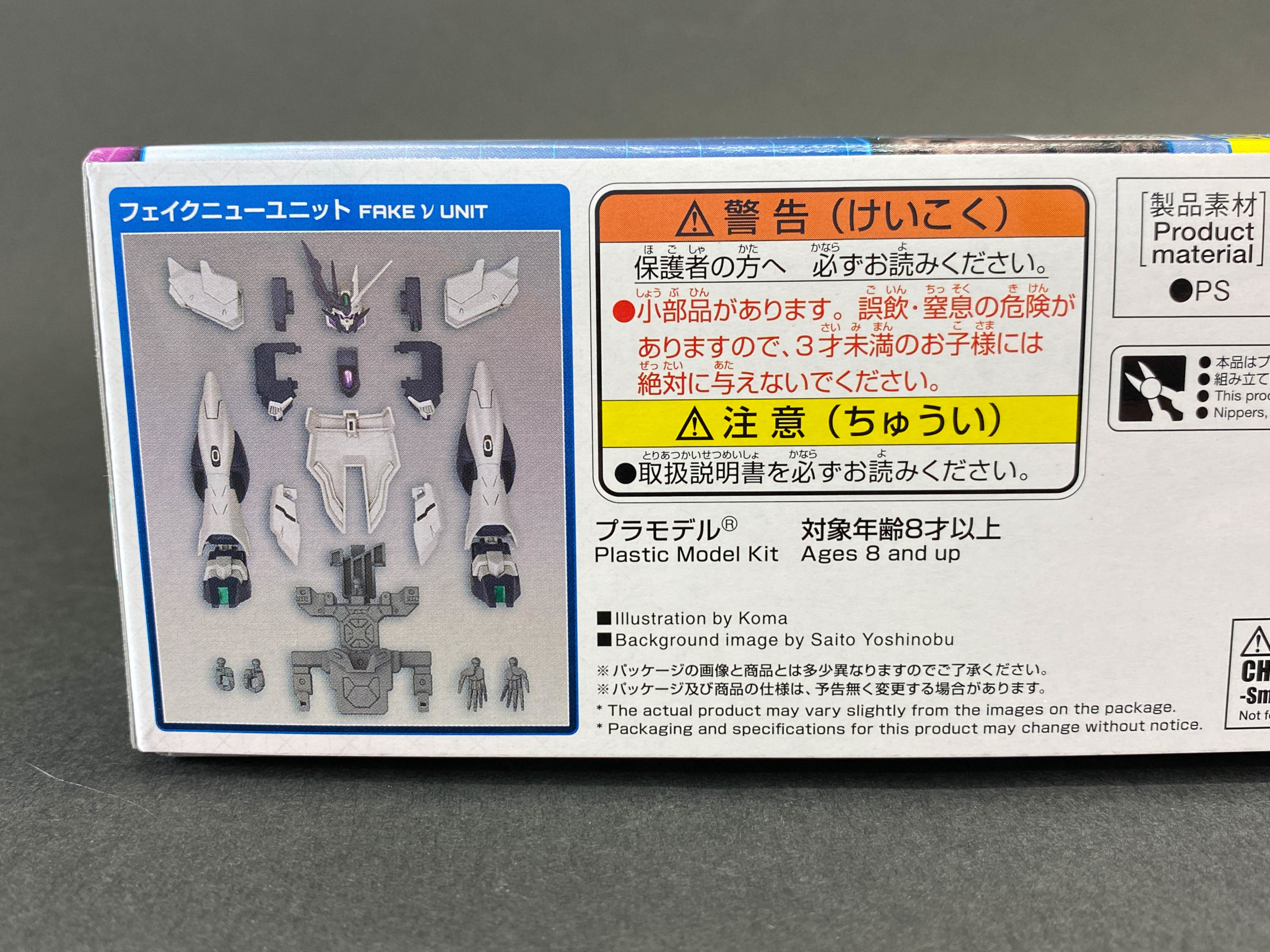 Finally, a quick breakdown of the segments included. 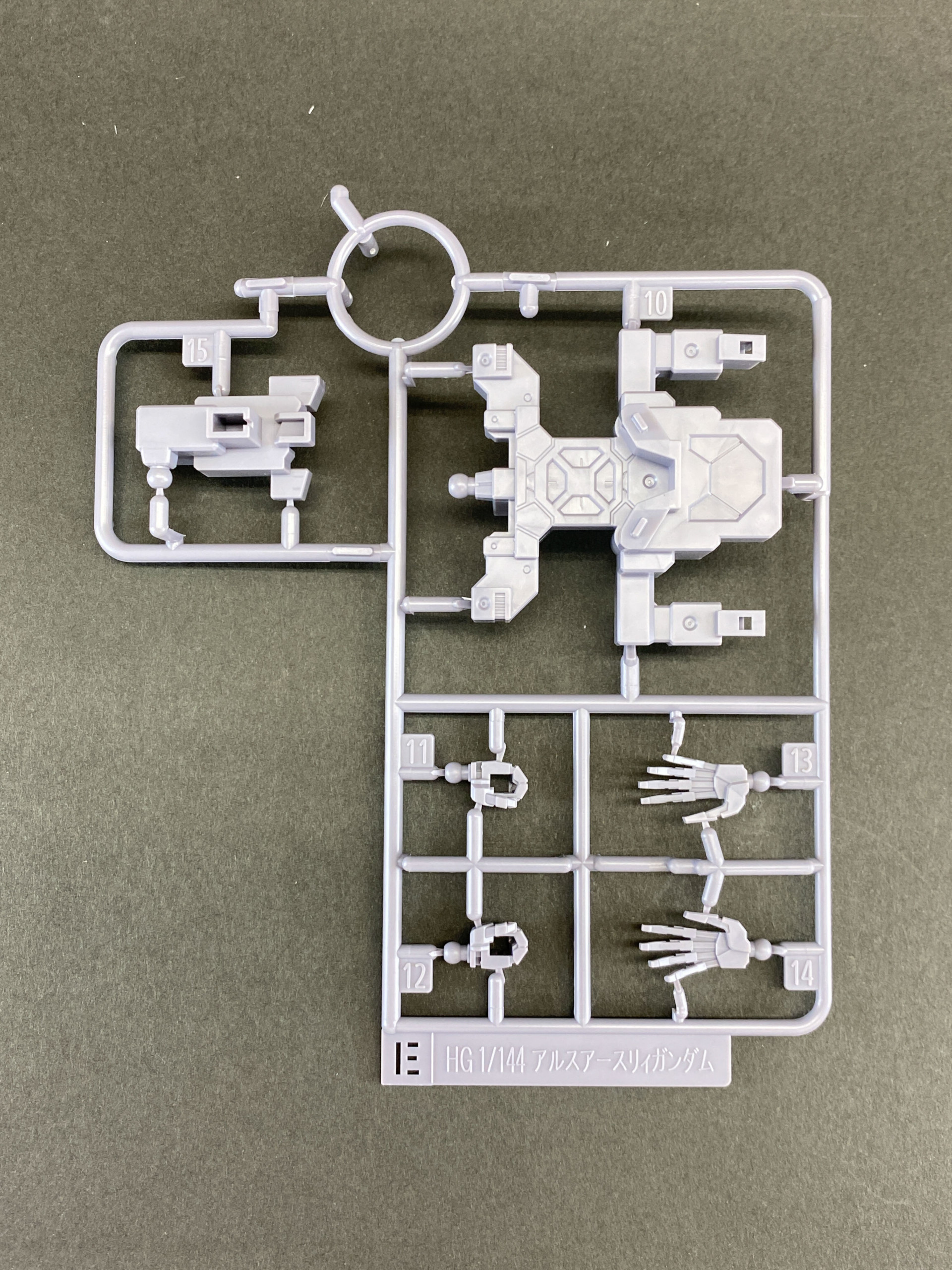 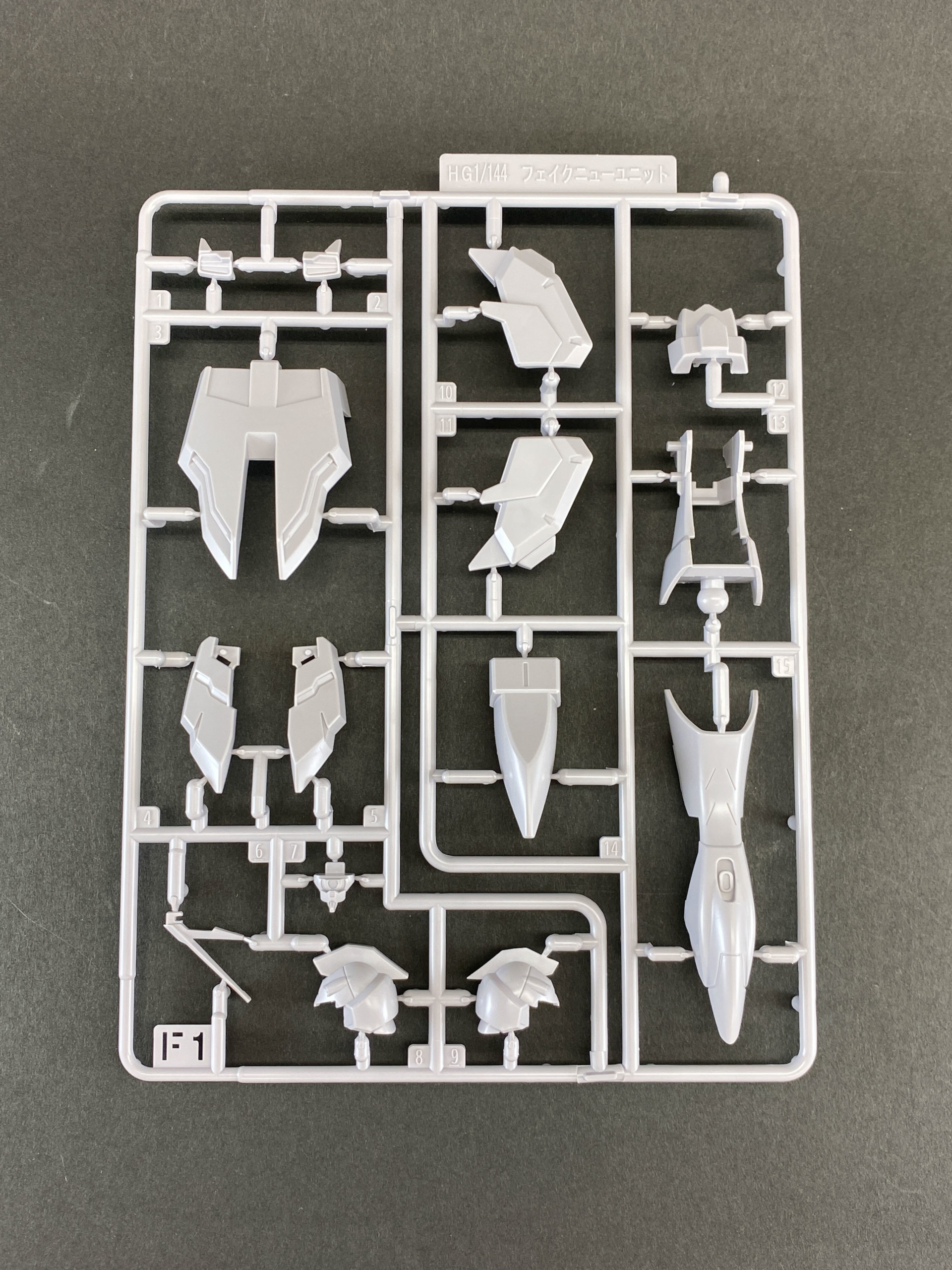 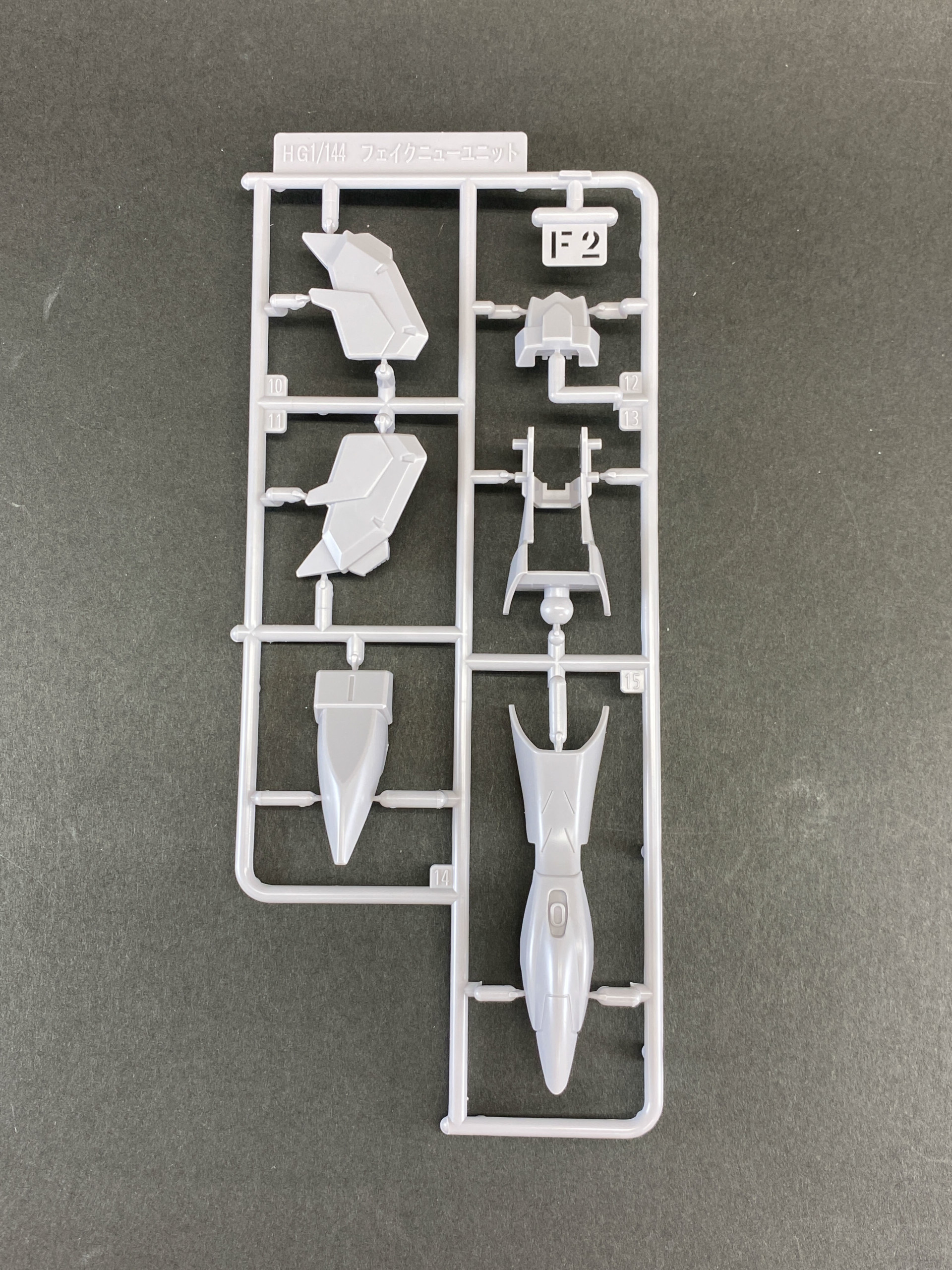 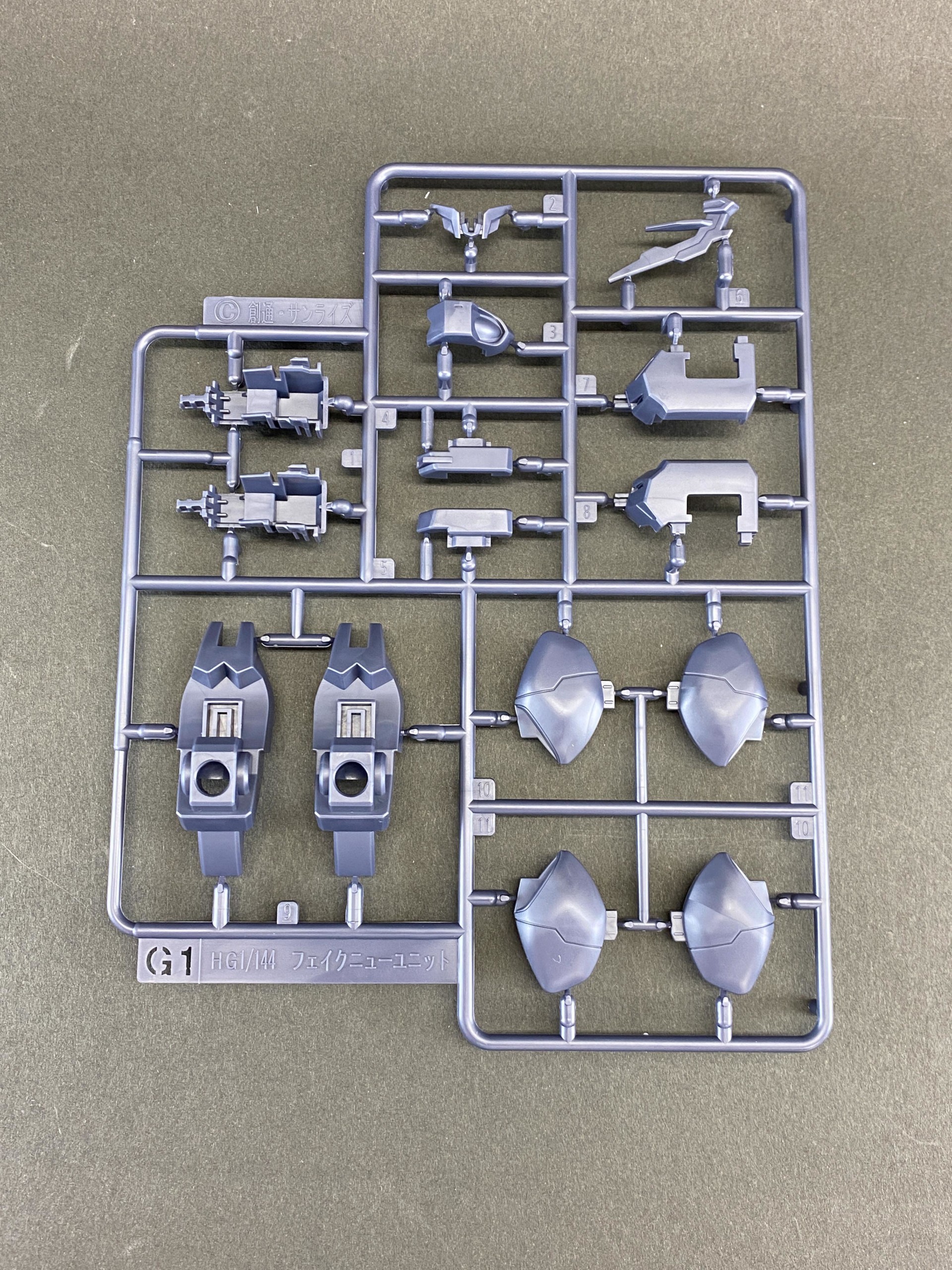 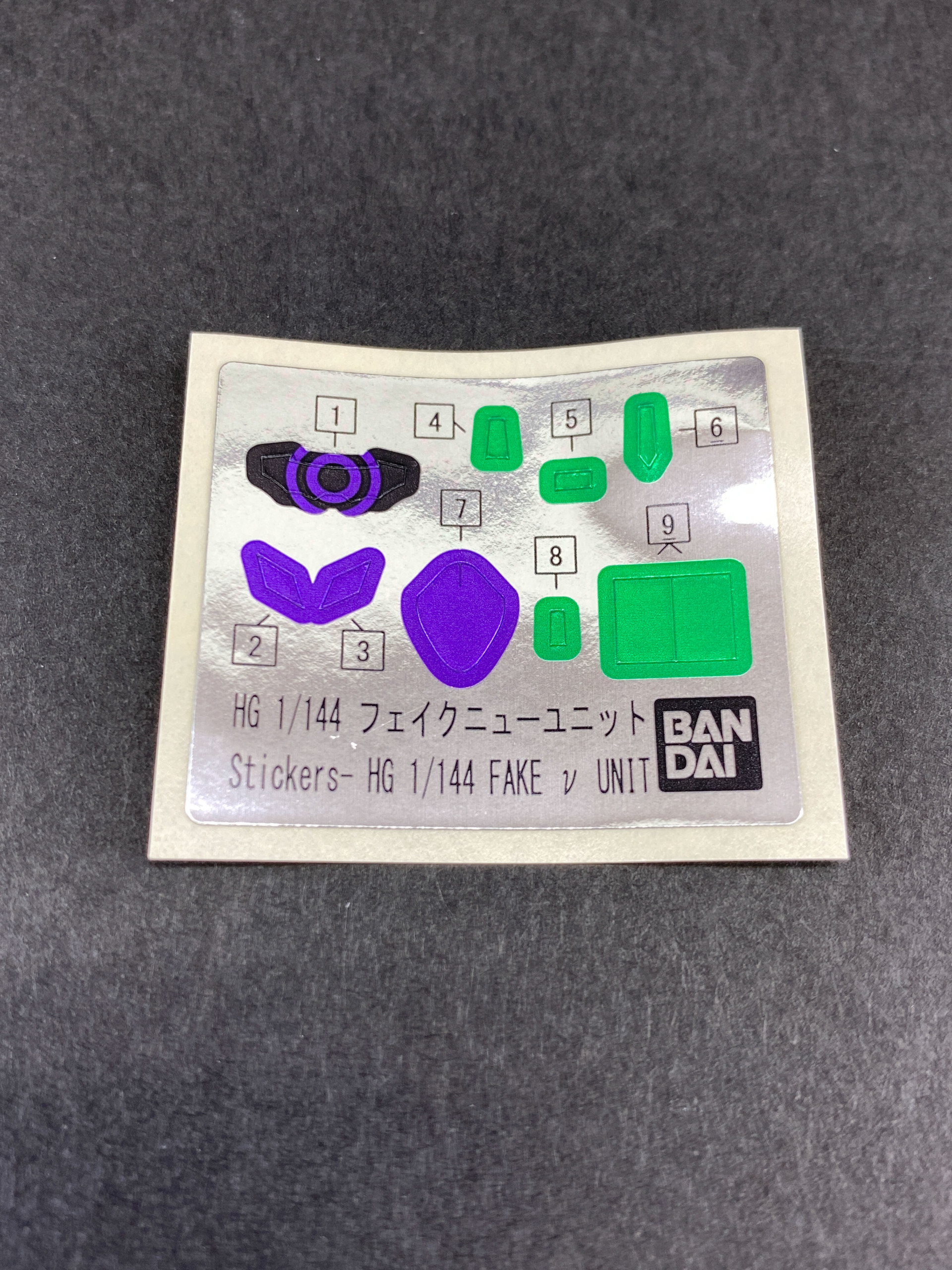 No Gundam is complete without a sheet of foil stickers! (T_T) It’s only a couple, though, primarily for the face, so we suspect these won’t be an eyesore. 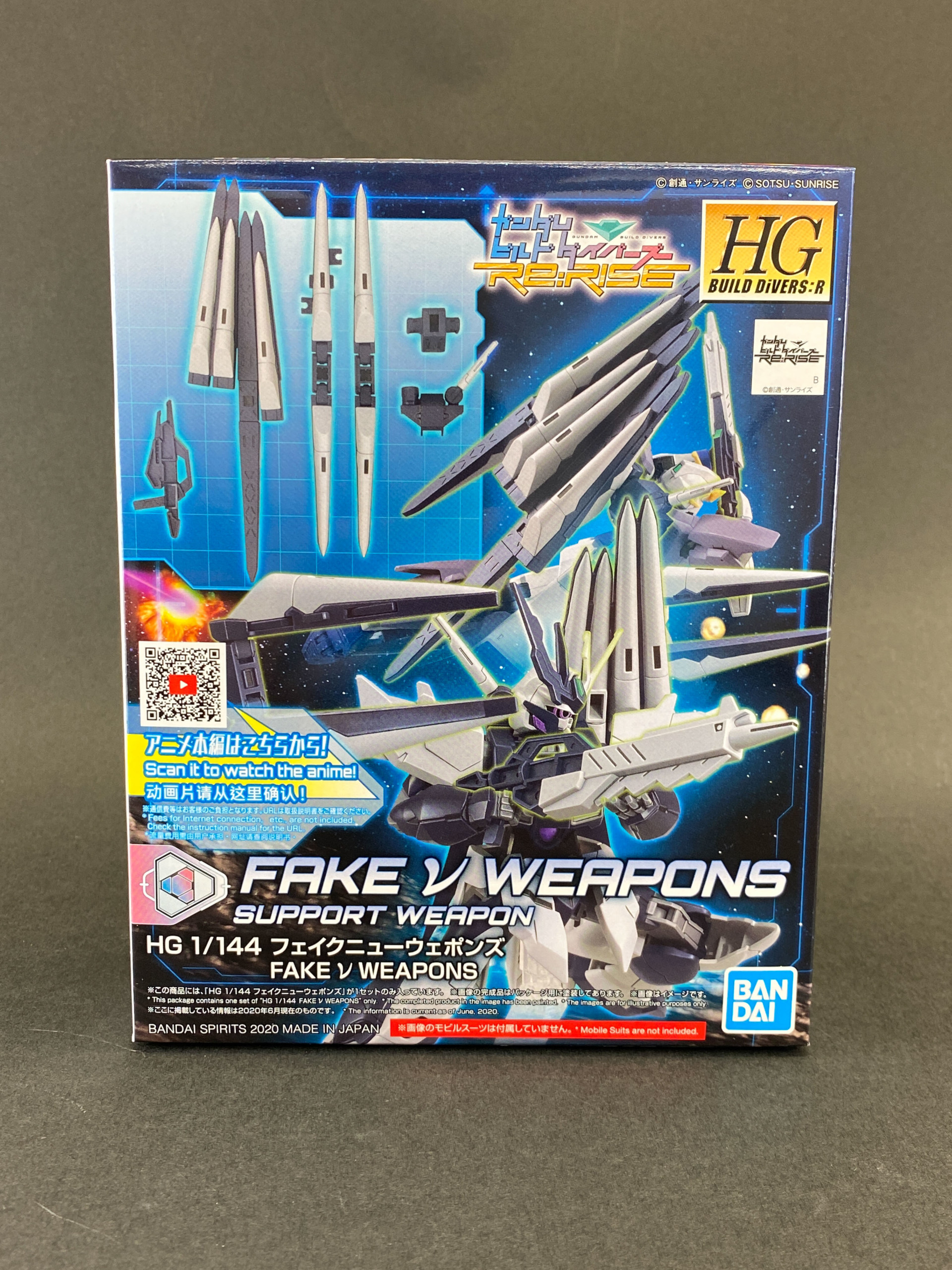 First, here’s a shot of what all you can build with this kit. And next, Bandai shows you how to get the Alus Core Gundam fully equipped. Note that this set doesn’t come with any display stands, so you’ll need to prepare your own. On the right, Bandai shows off that you can actually use these accessories with just about whatever HG you desire. On display: The Gundam Tertium. Just two runners, and just two stickers! I like those numbers (where we’re talking about stickers).

So, what do you think? Are you the type to pop this on to your Alus Core Gundam, or will you walk on the wild side and equip another kit? The choice is yours!