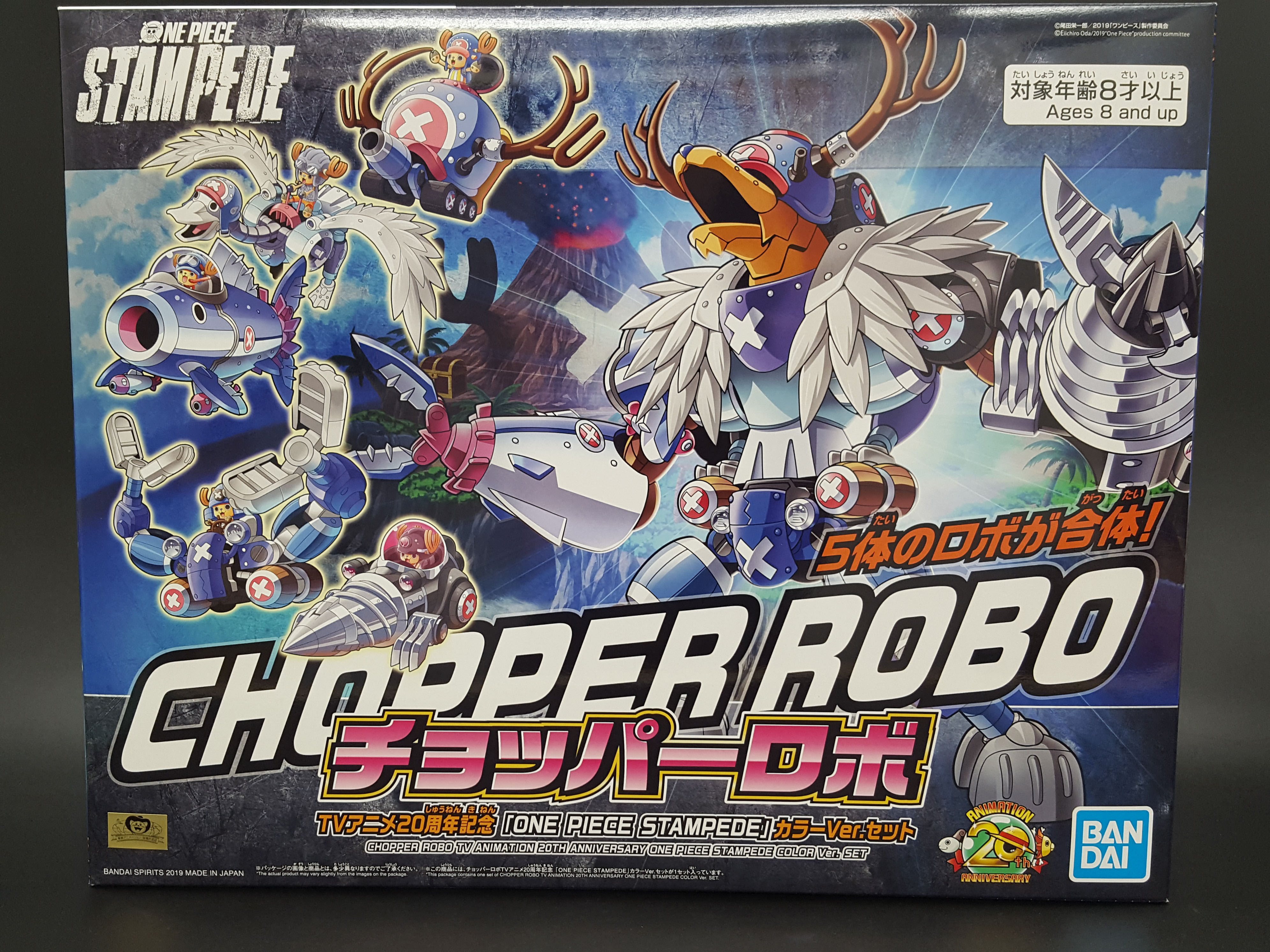 Chopper Robo TV Animation 20th Anniversary One Piece Stampede Color Ver. Set is the latest mecha Chopper kit from “One Piece,” and ohhh boy. As far as box size and content goes, this kit is the MG of One Piece kits. As you can gather from the cover, this kit is actually a combiner robot made up of 5 smaller mechs… and you’re gonna build them all. 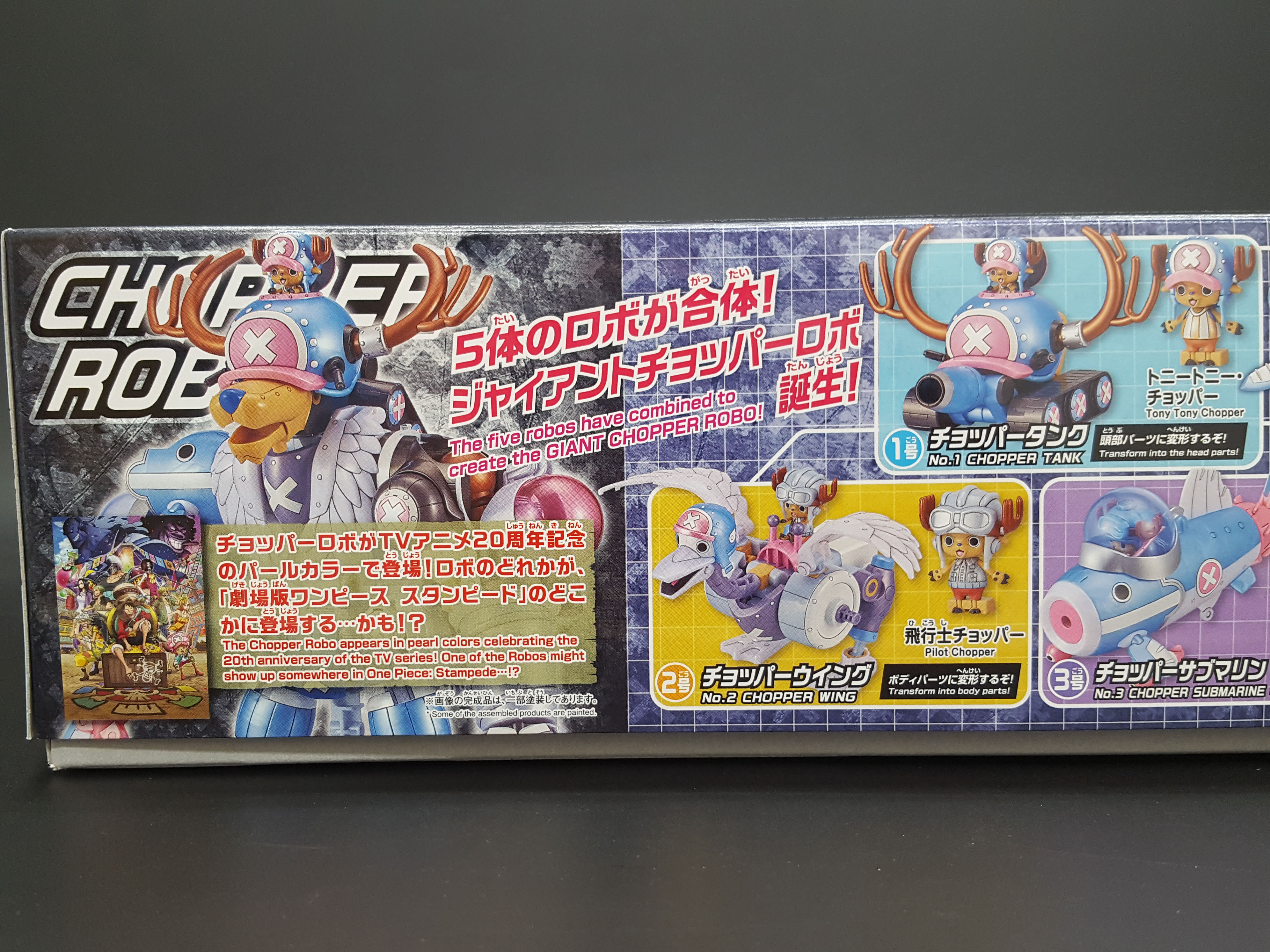 A quick look at the completed kit, and an introduction of the individual mechs that go into it. Here we see the Chopper Tank and Chopper Wing… 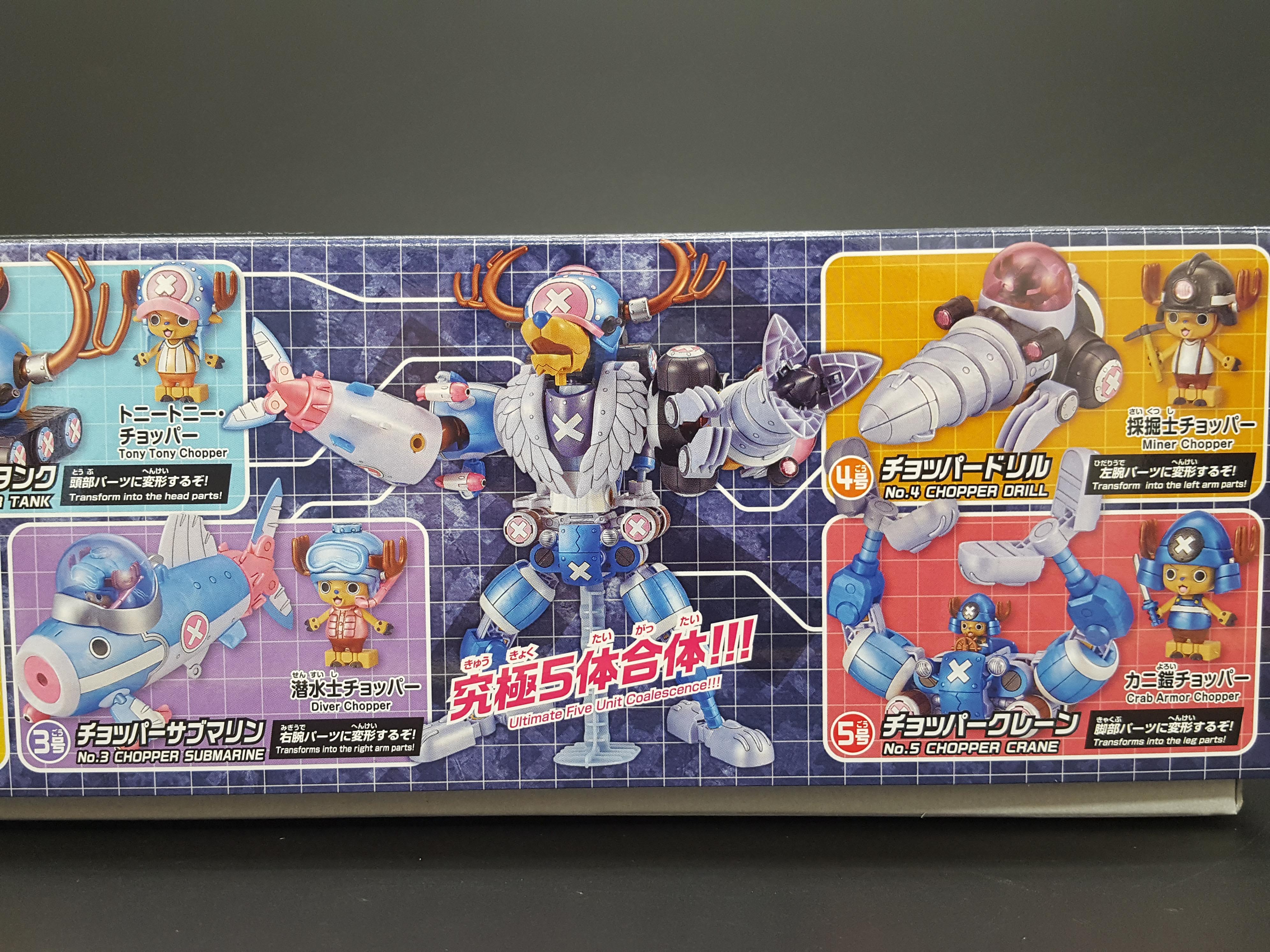 …and here are the Chopper Submarine, Chopper Drill, and Chopper Crane. Each of these kits comes with its own Chopper figure to build, too! 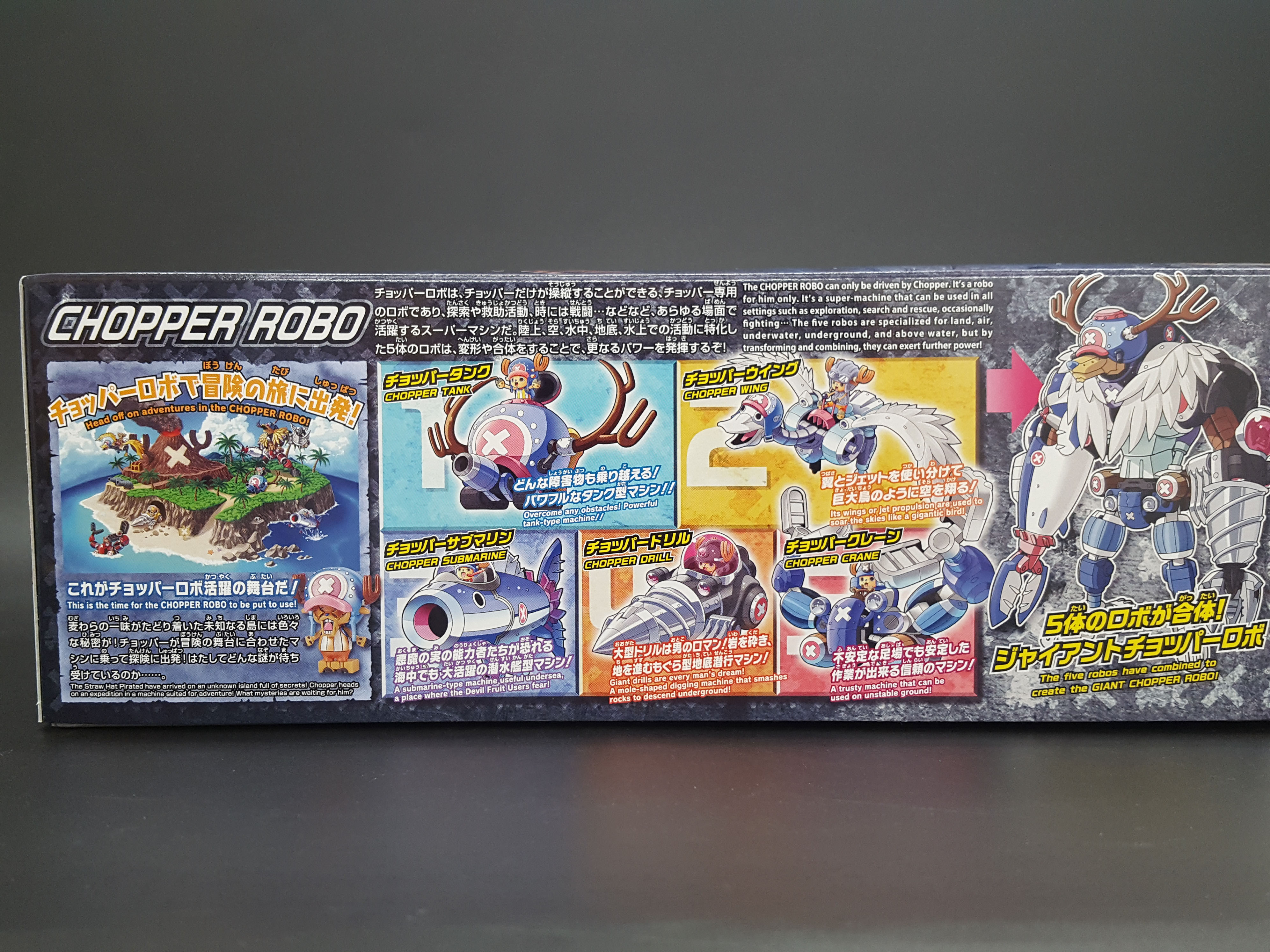 More information about each piece of the model.

Are you ready to see what’s in store? 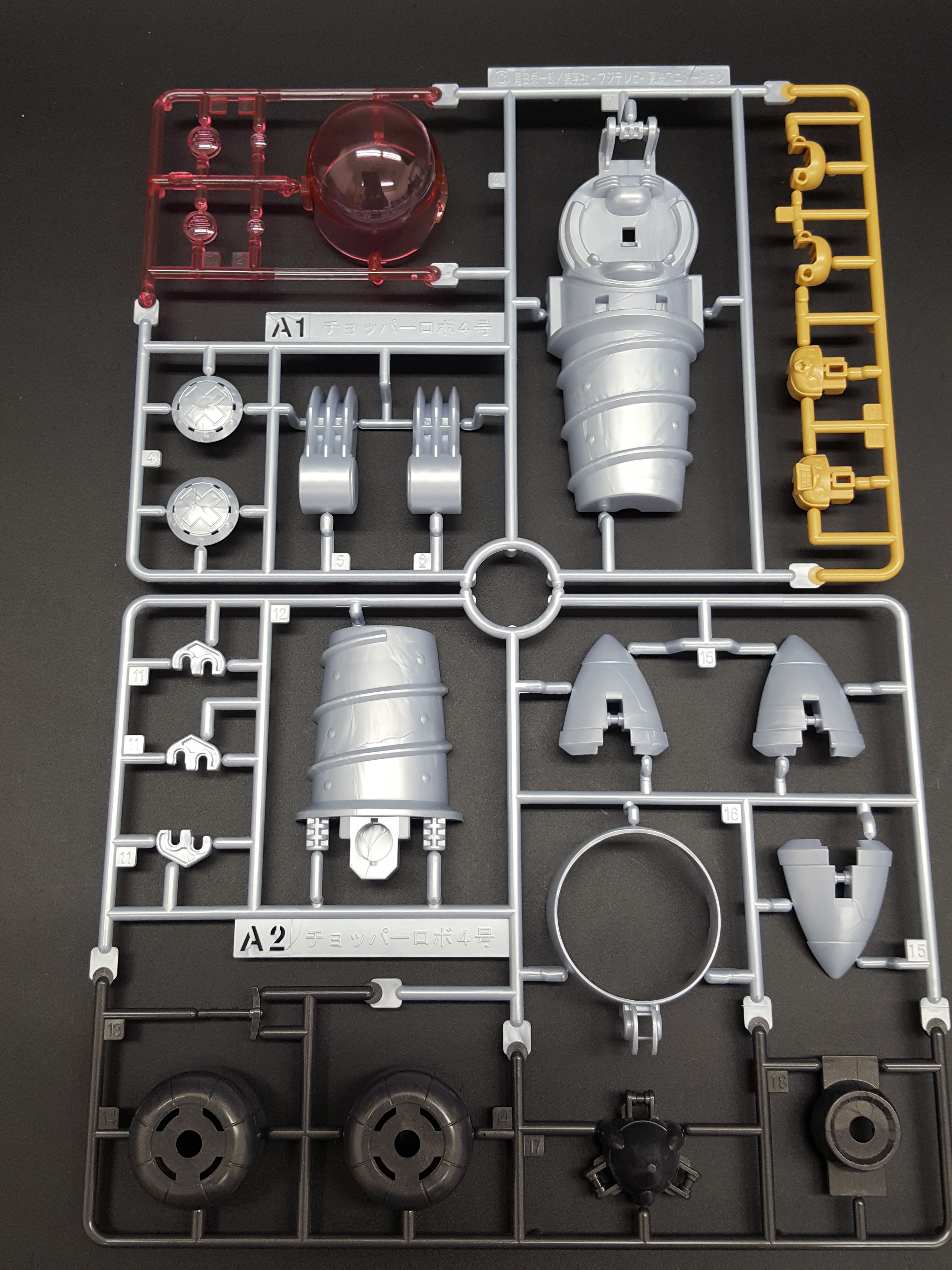 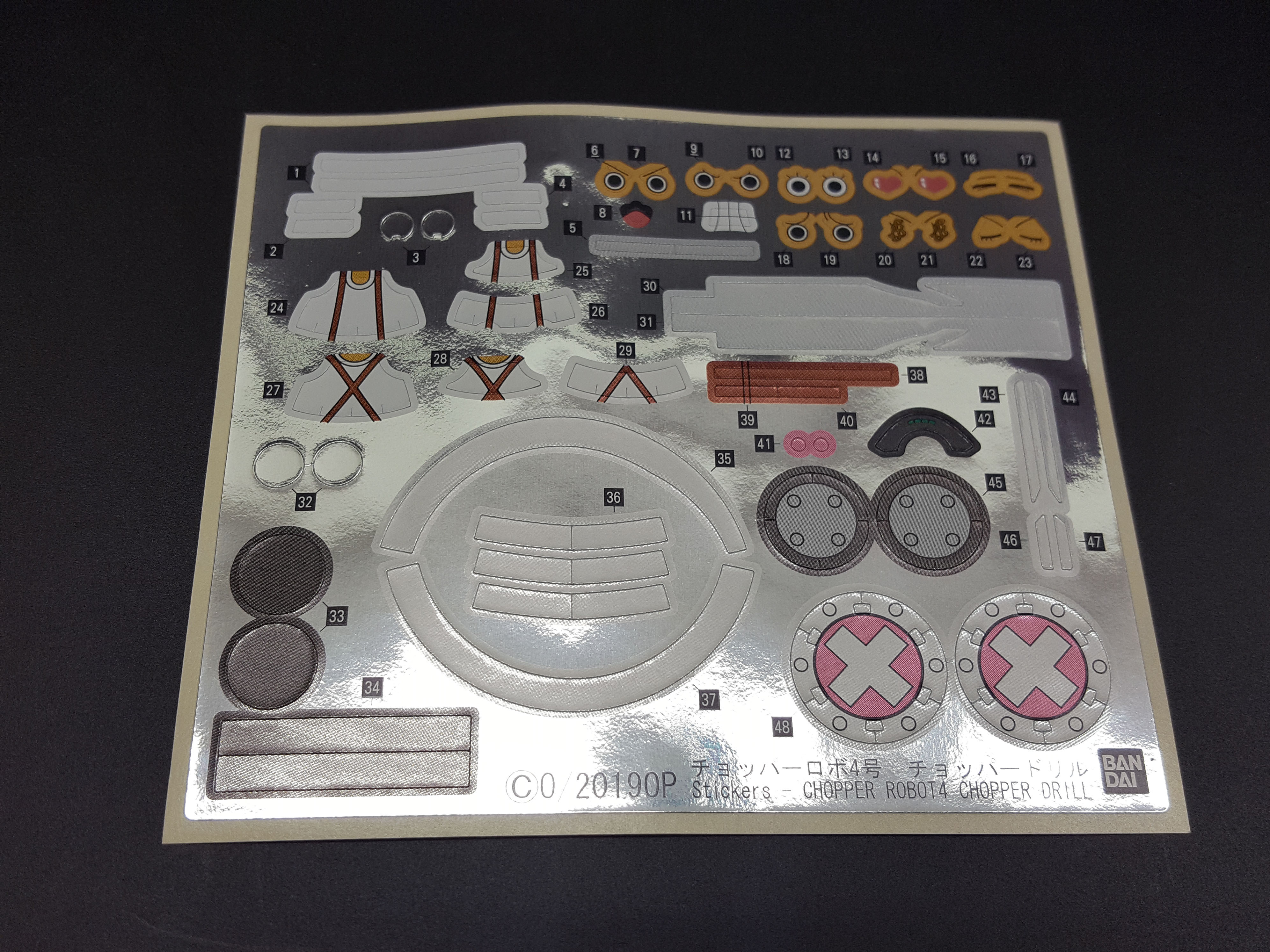 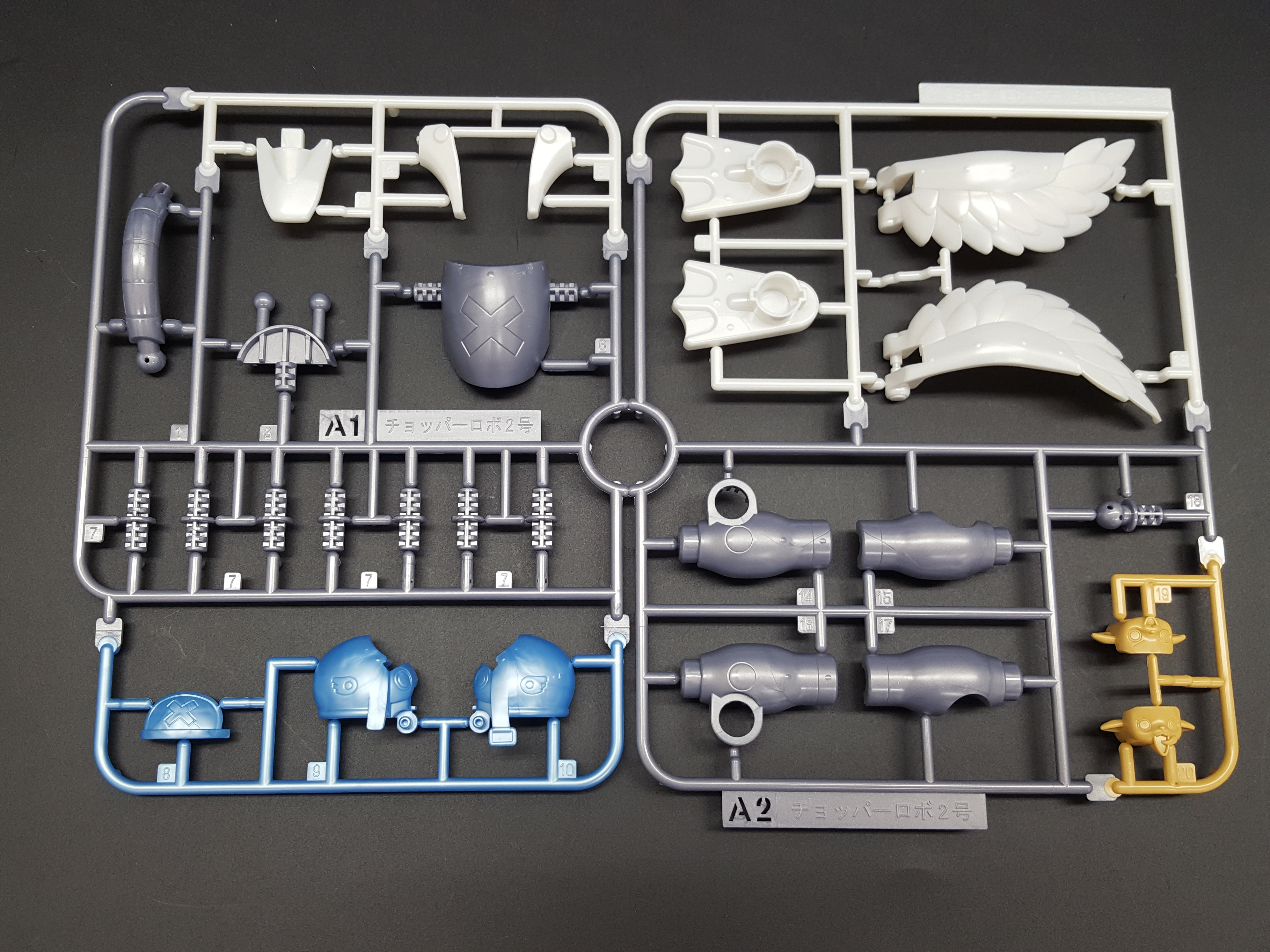 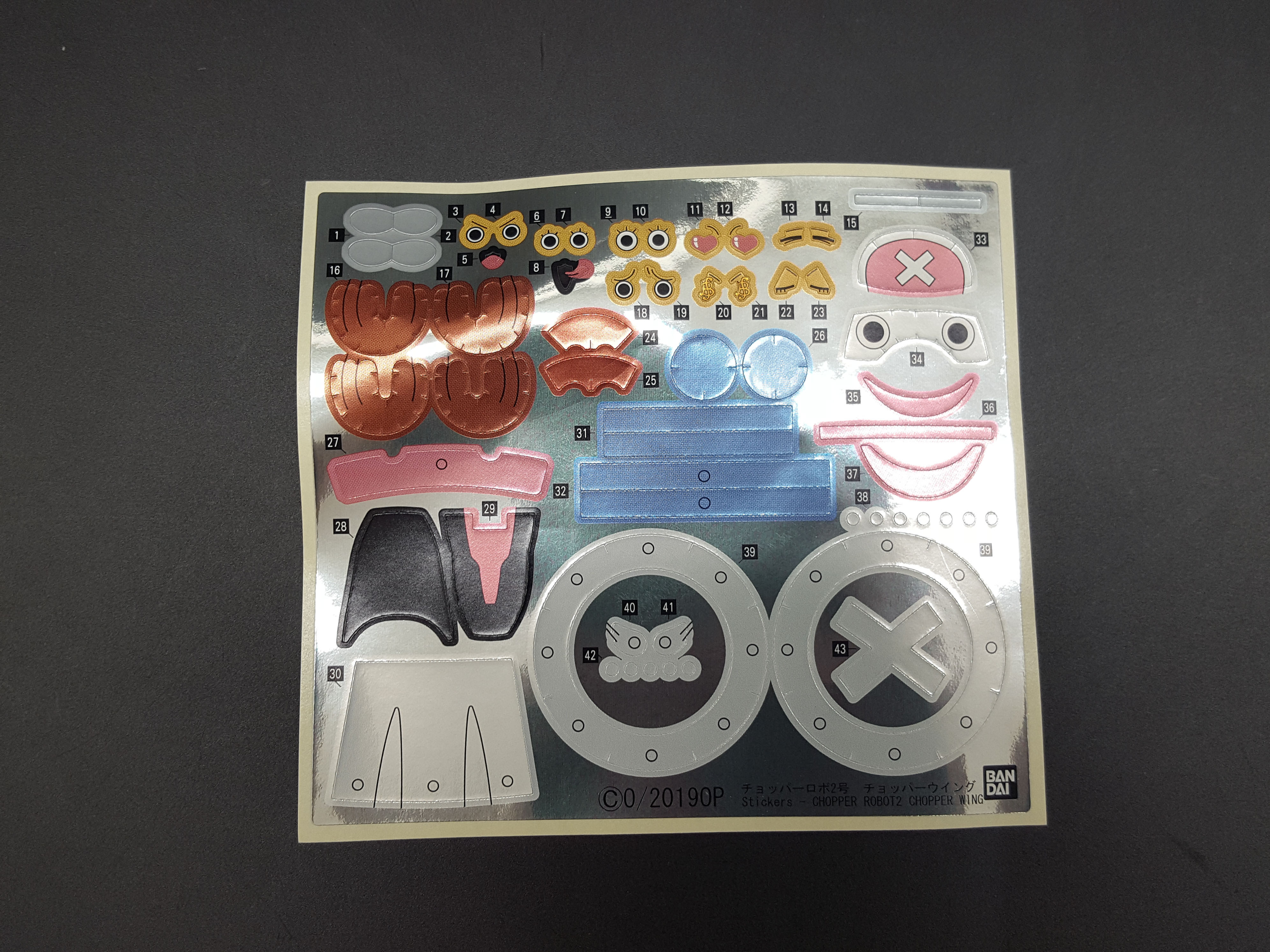 Now, the A runners alone don’t build the five mechs you see above, they’re just the main runners for each kit. There are plenty more runners included in the box, many with such similar lettering that we can only recommend really paying attention during your build to make sure you take parts off the right runners. What do you think of this behemoth of a kit? Will you be taking it on?