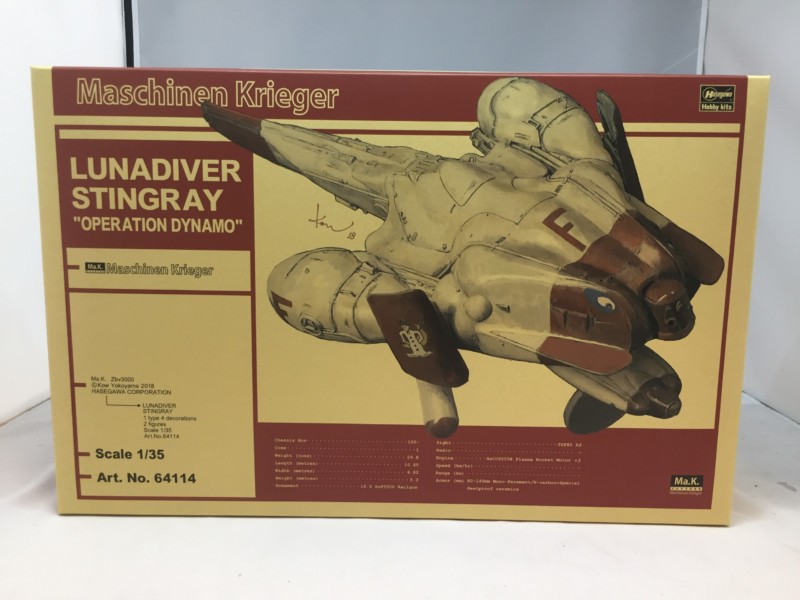 Yes, blatantly lifting part one from an earlier Ma.K review, as I could not say that same thing better than I did there.

Yokoyama Kow is one of the masters of kitbashing: that noble hobby art of taking all manner of gubbins from a variety of model kits and stuffing them all together (perhaps with some modeling putty) to create something totally new.

More than mere modding, more than simple styling, kitbashing is an art unto itself and gives its adherents something of an opportunity to wade out into the deeper waters of modeling.

And you’d be very surprised just who was a fan of this quaint practice, and what they produced. 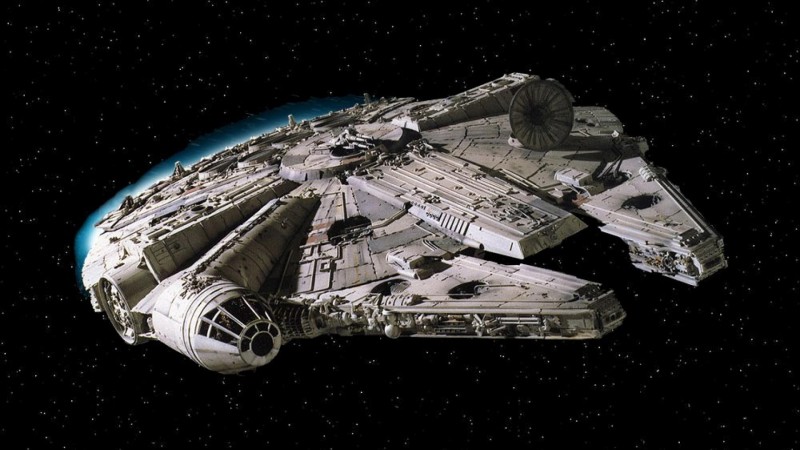 Don’t be. From the early post-war period, cinema and TV model makers have been cannibalizing commercial model kits for their journeys into space (and beyond), as it helped cut down on the time taken to put shooting models together, as the pre-molded components often provided details which would otherwise have taken days to carve into shooting props.

This was certainly the case in “Star Wars” and the men* who brought the Falcon to life: Colin Cantwell and Ralph McQuarrie. When the artist and the modeler sat down together and began working from concepts to shooting models and on to sets, they sent out hordes of gophers to raid all the model shops around Pinewood and had them bring back as much WWII heavy armor and aircraft as possible.

Now, this is a touchy subject with some fans, and I’ve had more than one lashing over exactly who did what in the process of designing the Falcon (as well as the world of “Star Wars”), so I’ll direct you to this excellent page, which goes over the murky history of the making of this most iconic of iconic spaceship models: Kitbashed.com’s guide to the Millennium Falcon.

All that pipework on the ship, the fiddly little bits, and odd little details — there’s a good chance that they came

off a P51 Mustang, or an HMS Hood, a Willis Jeep or, (infamously) a 1/35 Tamiya German Panther tank – seriously, almost every big film SF model I have ever encountered over the years seems to have made use of that same engine cover from the rear deck of the Panther tank… It is almost something of a jape, especially with Anderson fans.

Mind you… even that is not nearly as batty as the orange/lemon squeezer in Thunderbird 1’s launch bay.

I’ve seen it on “Star Wars” models, “Space 1999” vehicles, “Battle Beyond the Stars” props, and seemingly everything in between — though you can see why it would make a good deck plating.

The point here, though, is not to get bogged down in the minutiae of model making for film, but simply to get across the idea that kitbashing is a noble and widely practiced art – and has been for decades, which is where we get back to Master Yokoyama.

(This is an excellent overview video by Tatsu Hobbit)

What we know today as “Maschinen Krieger ZbV 3000,” now under the sole control of Master Yokoyama, began under the name “SF3D” in the magazine Hobby Japan (running from 1982-1985 initially) as a series of fictitious future war stories (by Yokoyama, Ichimura Hiroshi and Imai Kunitaki), which were supplemented by the artwork and kitbashed/scratchbuilt models of master Yokoyama himself.

The creators wanted to tell a tale which was as gritty and real as the images of WWII, Korea, and Vietnam with which they were so familiar as young modelers/writers/artists, almost as if they were intentionally rejecting the colourful, even sterile anime warfare which had been their realm in childhood.

As a consequence, the models and art which came out of this fertile period of growth had the feeling of a ‘Future Past’ in which the technology was deceptively familiar and yet infuriatingly alien.

It was certainly a grim and gritty series of stories which, owing to the creator’s fascination with the design aesthetics of WWII German technology, led some fans in the West (even now) to suppose that SF3D/MaK was something of a paean to the Second World War projected into the future, which is very far from the truth: it is just a matter of an aesthetic which blended tank, plane, helicopter, car, truck, ship, rocket, building, and sub kit parts with the sort of imagination which was being fertilized by the film-making of the era, the model makers of which (as I mentioned above) had brought us “Star Wars,” “Mad Max 2,” “Blade Runner,” “Star Trek,” and even “Dr. Who” (Daleks are pure class, after all…

Originally, Master Yokoyama based his work on a series of power armor suits which have become the ‘core’ of the line.

However, as time went on, and the narrative of the SF3D/Ma.K world developed (some might say into an incomprehensible mess), it necessitated the creation of a range of other vehicles to round out the opposing forces of this future conflict: aircraft, tanks, large walkers, AG vehicles, hovercraft and so on (the following images come via the galleries of the excellent Ma.K site http://www.maschinenkrueger.com).

So popular did the idea become that the model company Nitto issued a good number of kits based on the Hobby Japan kitbashes and scratchbuilds, which were popular with modelers and helped catapult “SF3D” out of the niche market and into the general SF model fandom.

The Winds of Change…

However, and perhaps as a result of the increase in popularity and profitability, in 1986 things came to something of a head, as a copyright battle between publishers and creators resulted in Hobby Japan taking Occam’s position on problem resolution, and cut the series from the magazine entirely.

Tying up actual ownership of “SF3D” in the courts for many years, Master Yokoyama was forced to cease all work, Nitto was unable to issue kits, and for nigh on to a decade, nothing stirred as each side in the dispute stuck to their guns.

However, in 1997 the matter was legally resolved in the favor of Master Yokoyama (as the original creator) and, thankfully, matters with Hobby Japan were patched up so that “SF3D” – now renamed “Maschinen Krieger ZbV3000”, or “Ma.K” for short – came back to both print and the model world.

Since then, the Master has gone from issuing a number of books to try and streamline the convoluted narrative to overseeing a restored (even expanded) line of models – now supported by the Wave company, which has both reissued old Nitto kits and put out new Yokoyama designs.

Including the kit under consideration today: the 1/35 Luna Diver Stingray “Operation Dynamo” by Hasegawa. 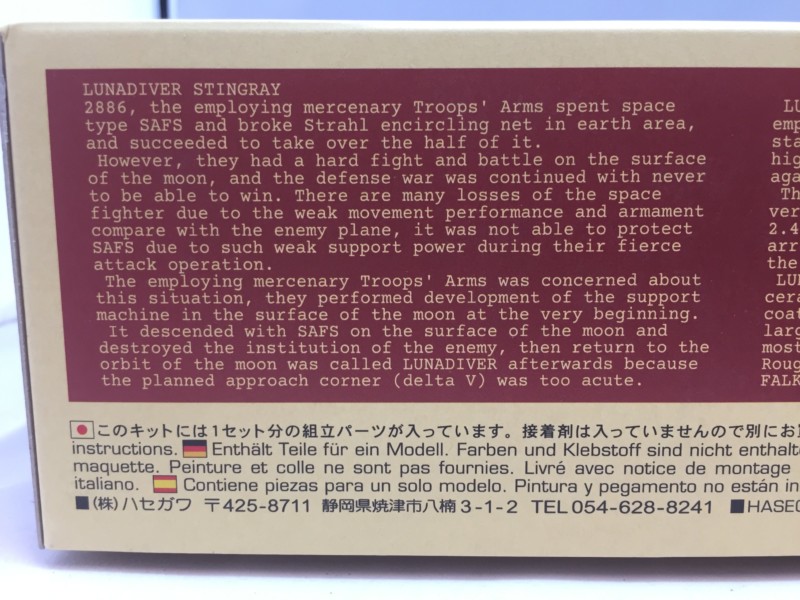 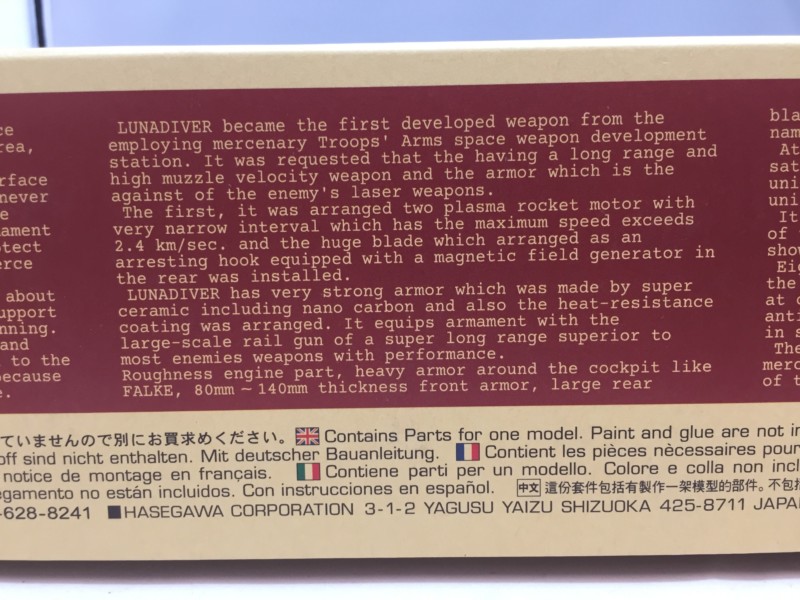 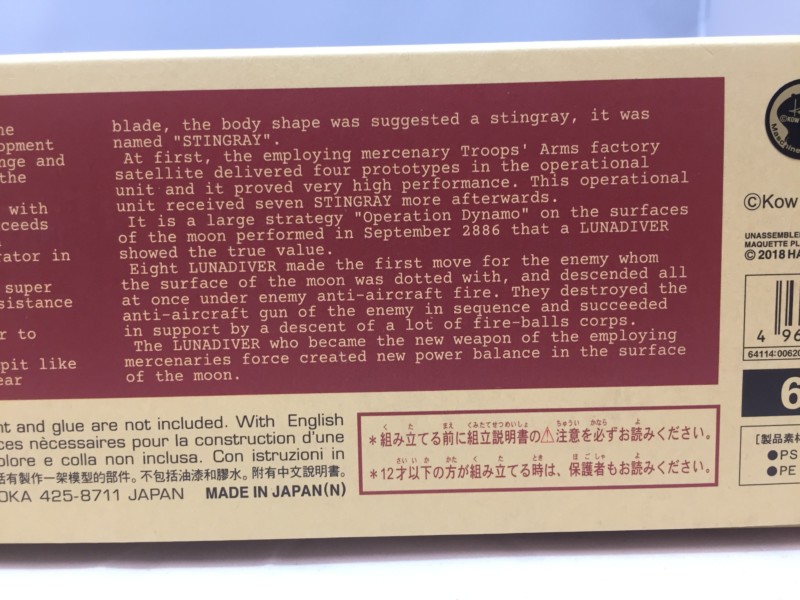 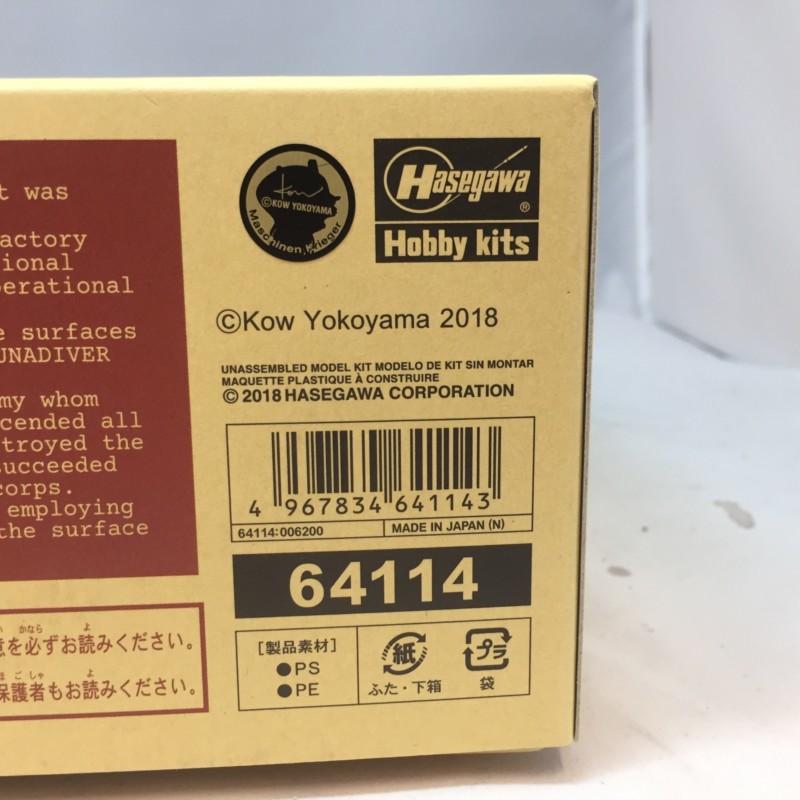 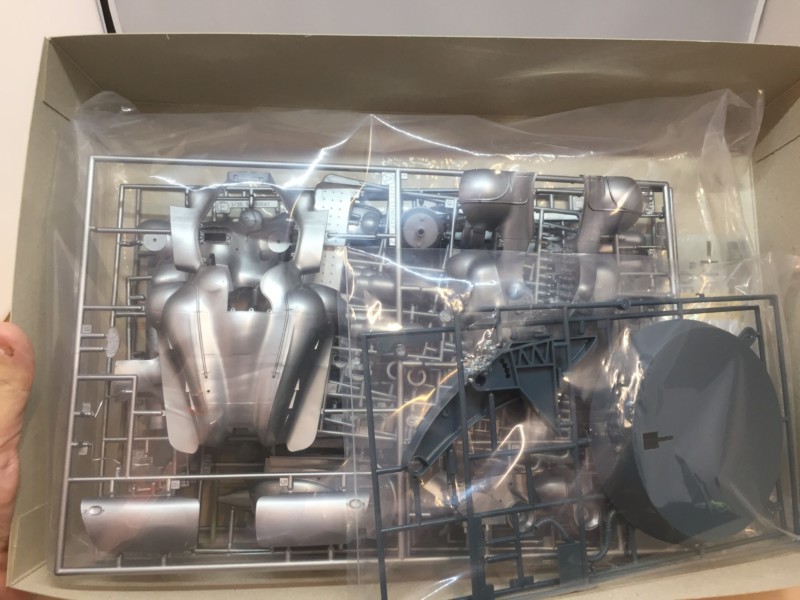 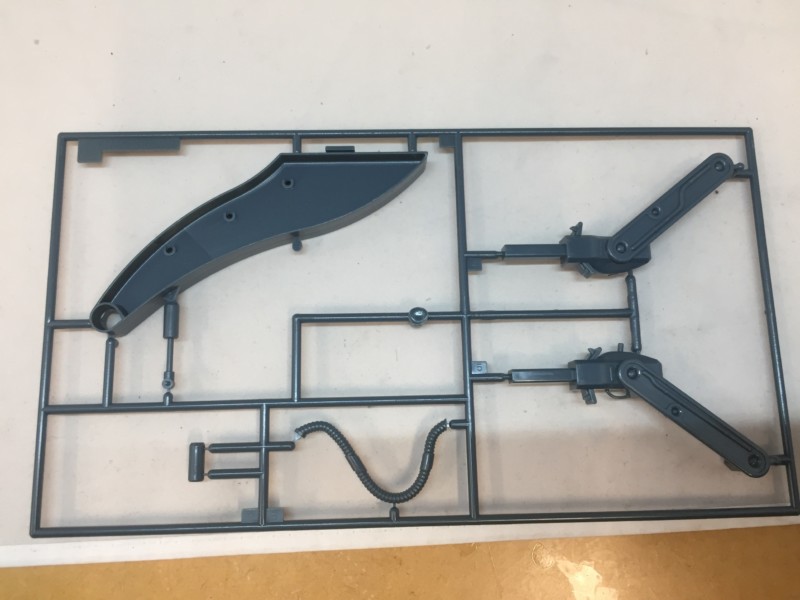 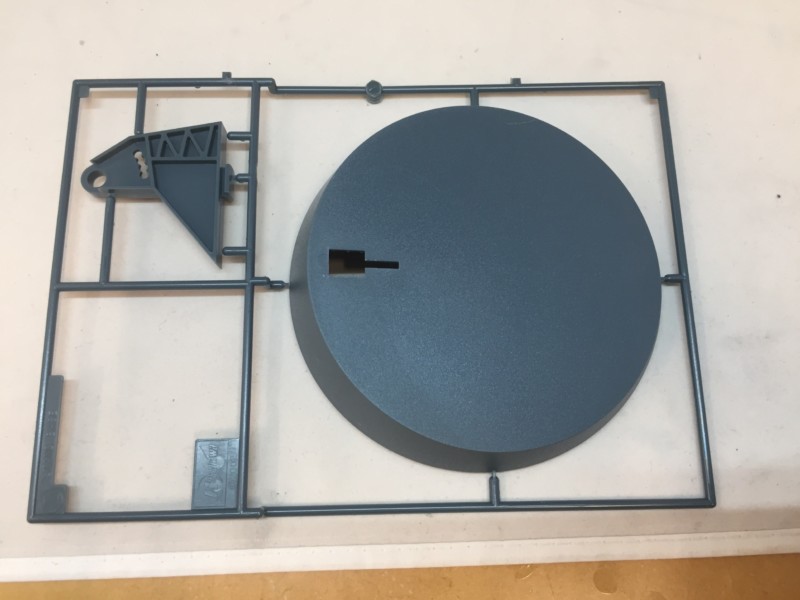 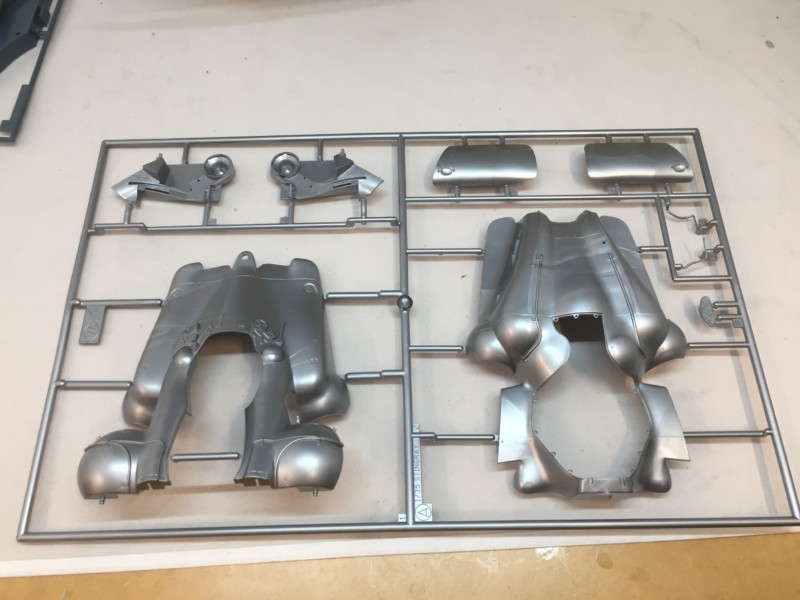 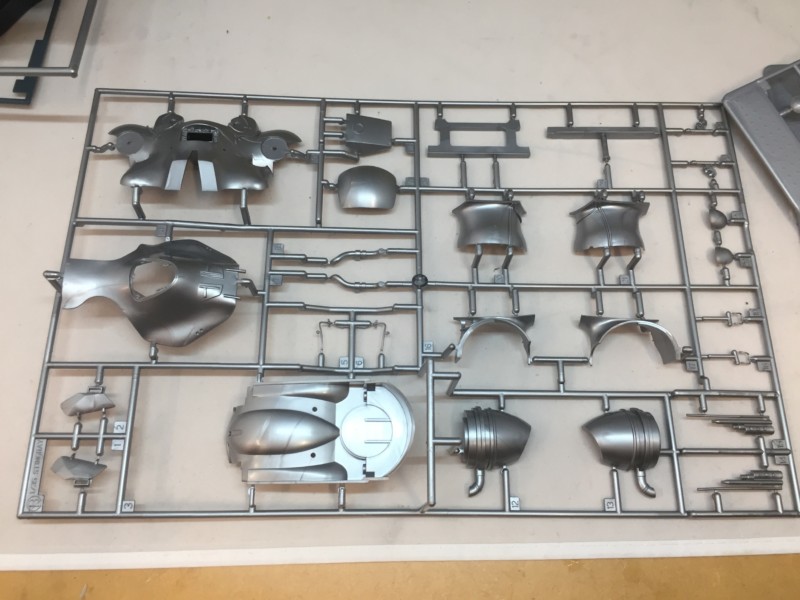 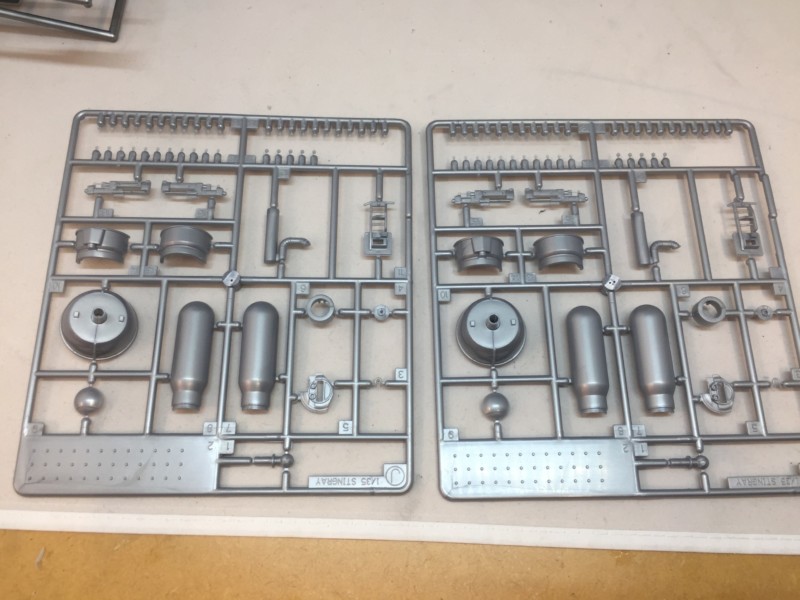 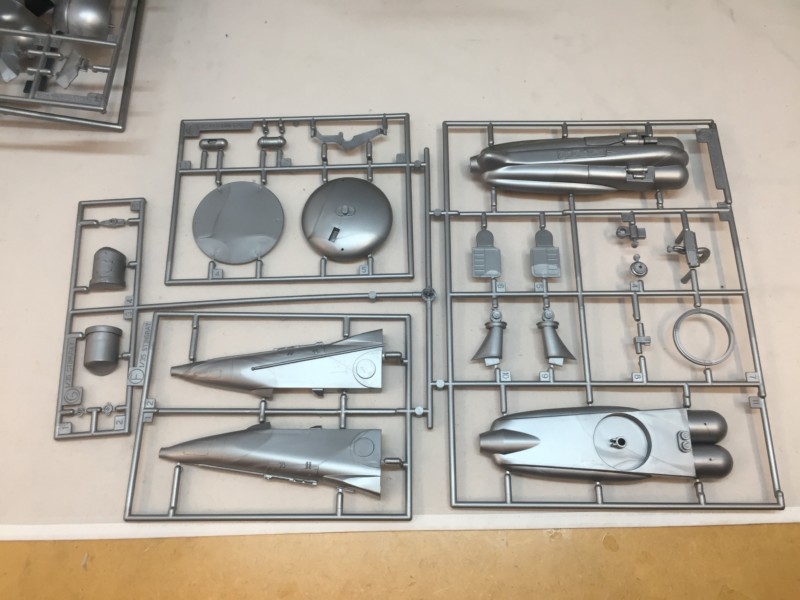 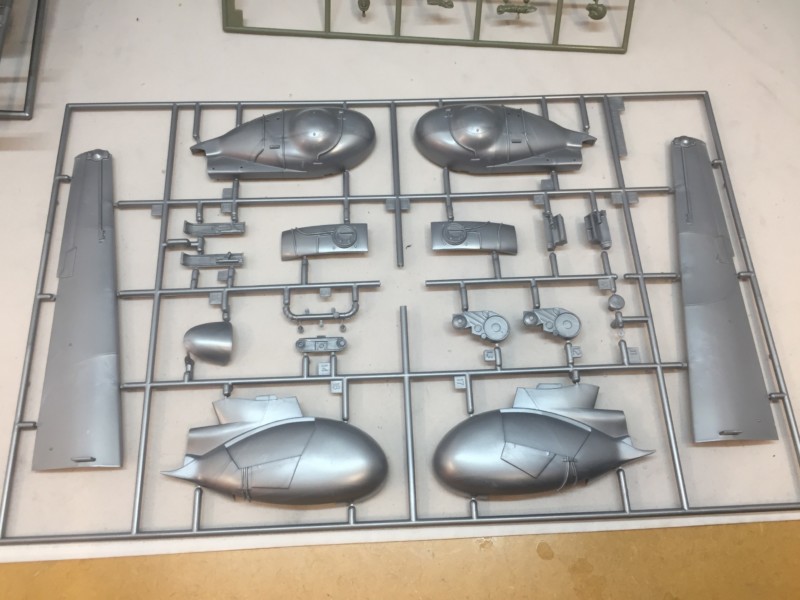 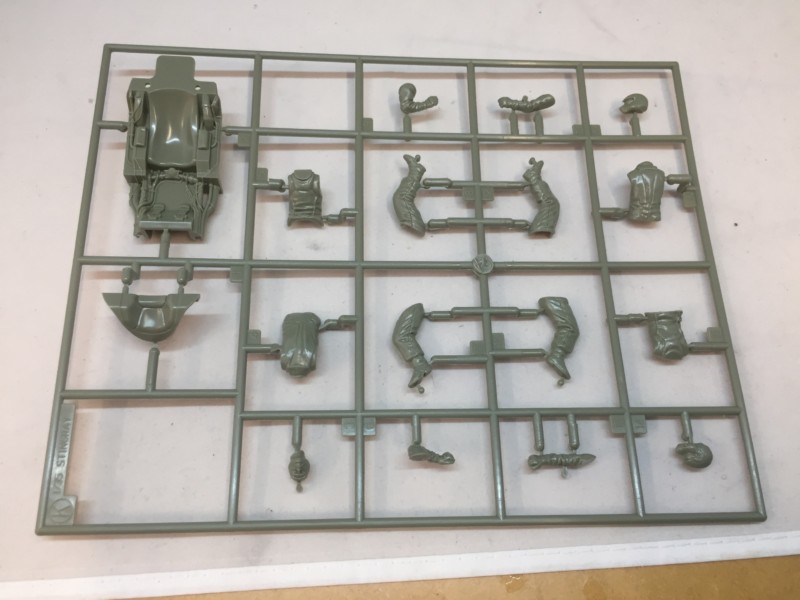 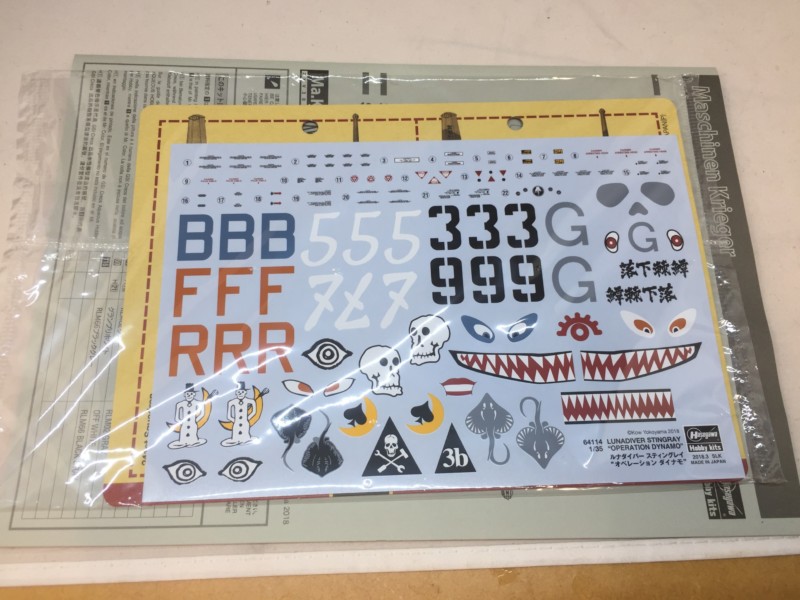 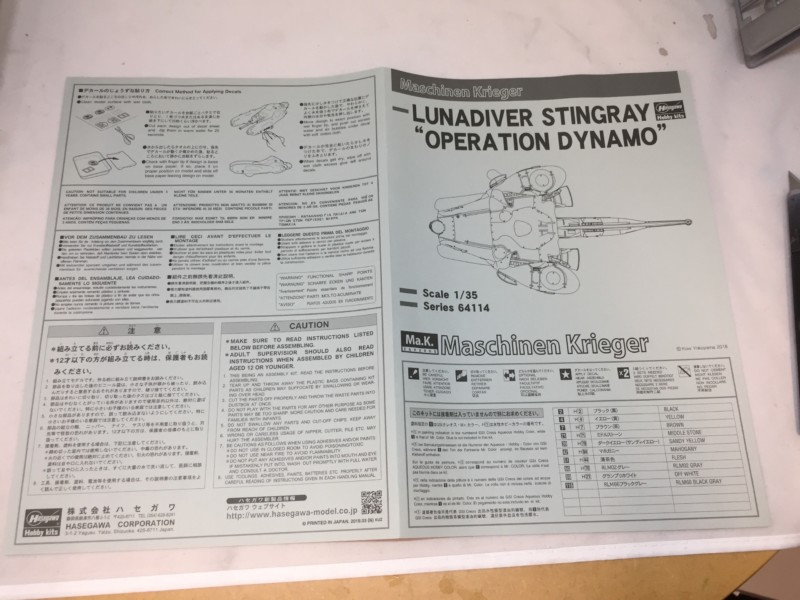 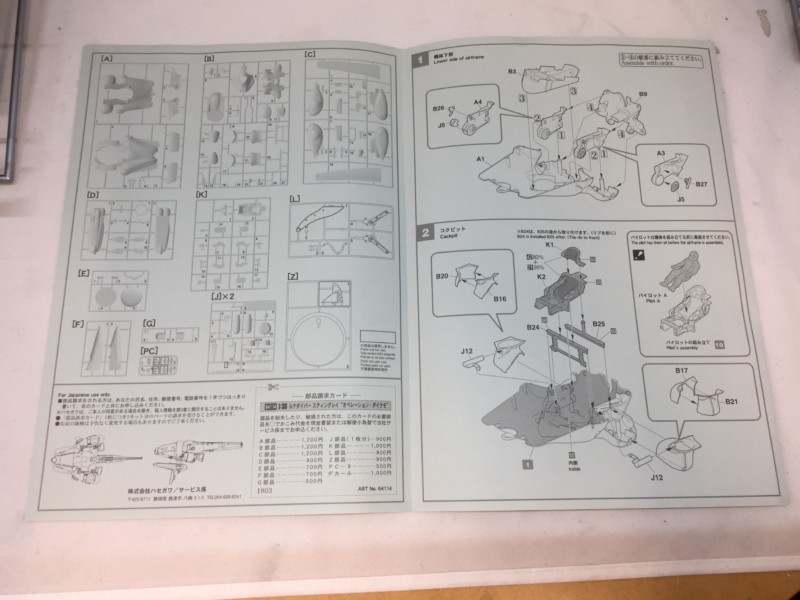 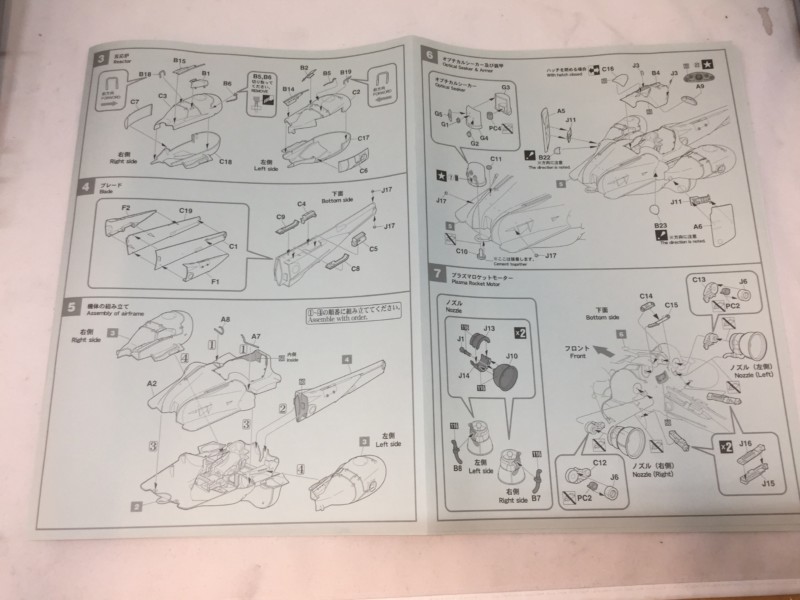 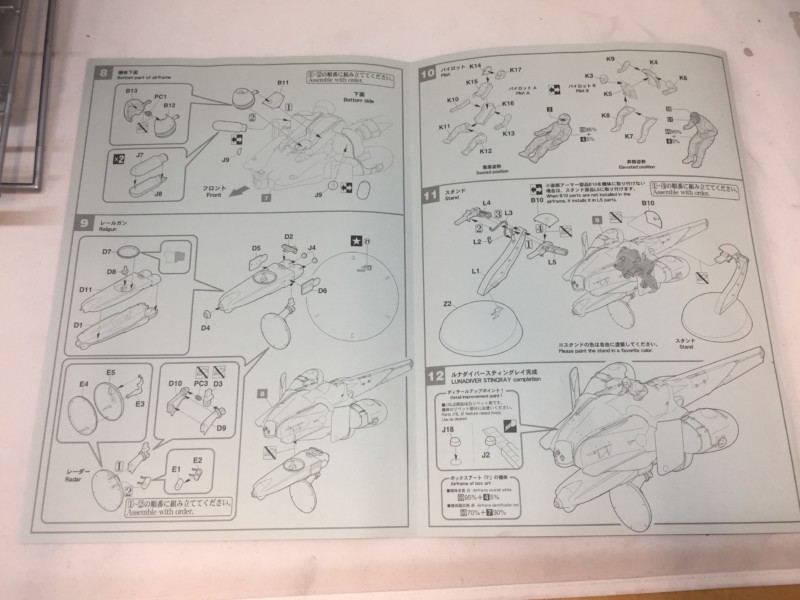 It is always hard to know what to think of, or make of a kit which I fully know is largely an assemblage of other kit parts.

However, one cannot deny the sheer power of Master Yokoyama’s eye of the surreal nature of war.