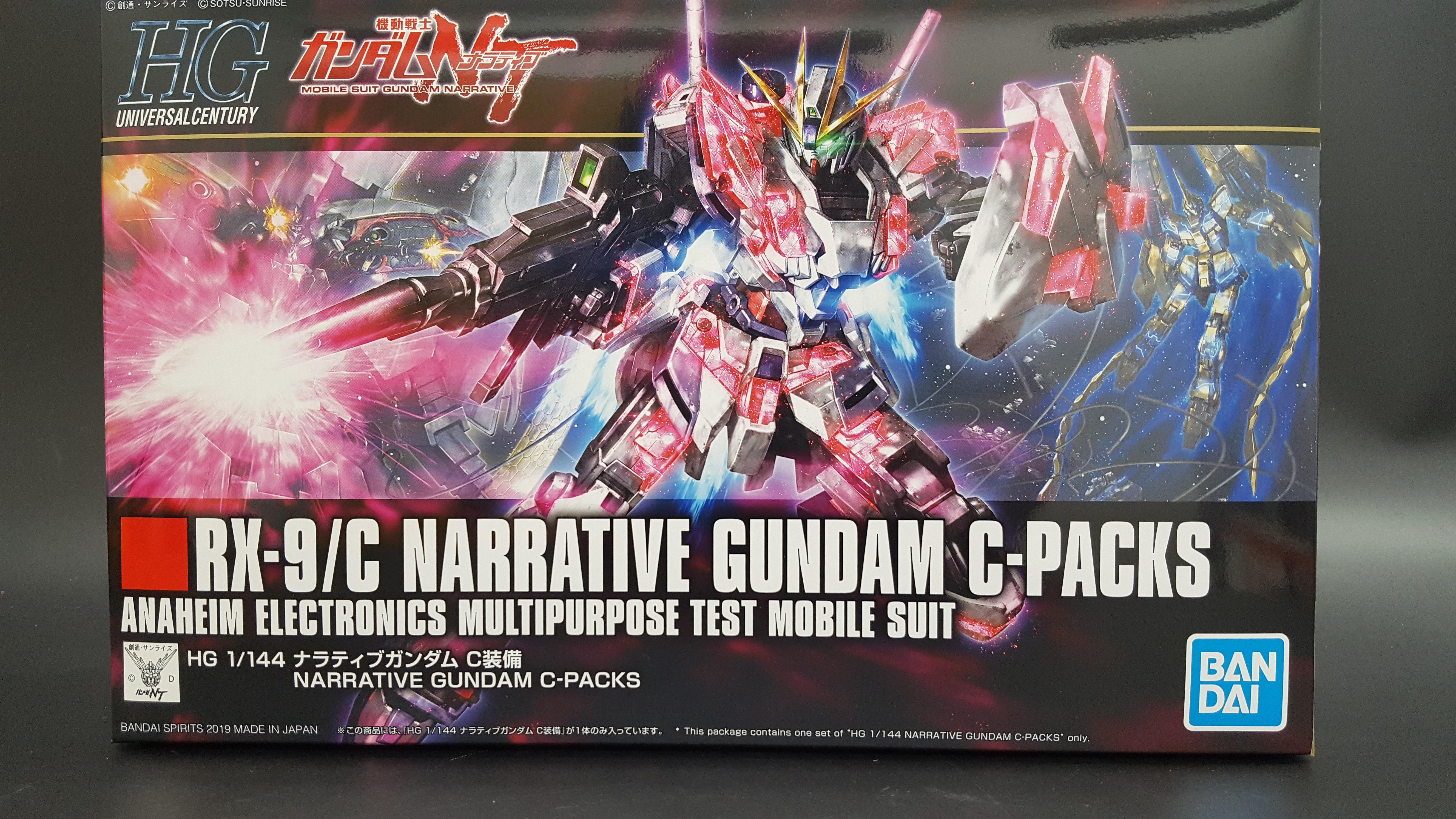 The HGUC Narrative Gundam (with its A-Packs configuration) was originally released in November 2018. The B-Packs version — released as an upgrade to the original kit rather than a standalone — came just a month later as a Premium Bandai release. That makes this C-Packs version of the Narrative Gundam the second standard release, though it has more to offer over the original release beyond the C-Packs. It’s plain to see what that extra offering is: the clear red Psycho-Frame, making it look an awful lot like the Unicorn Gundam. 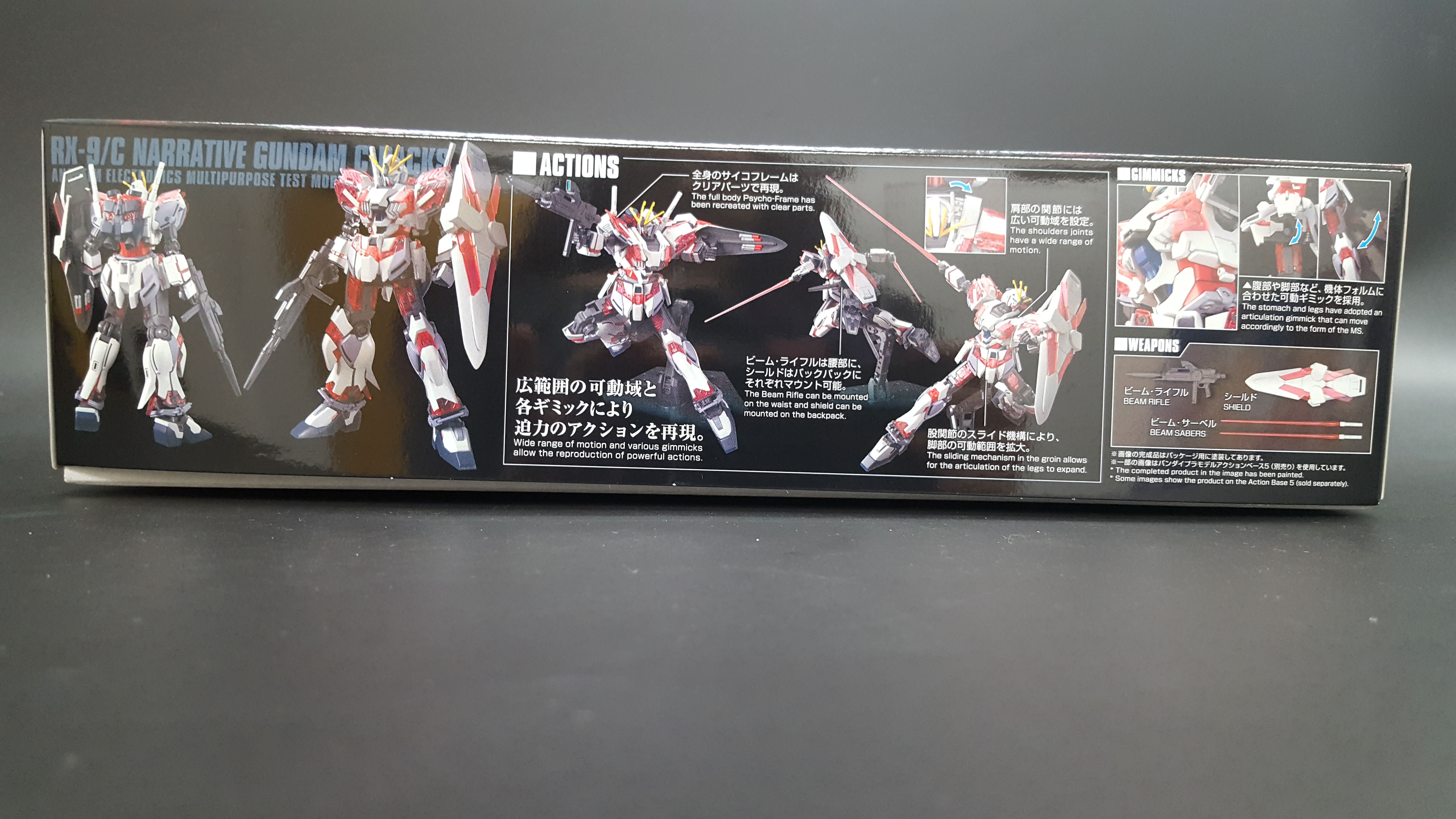 Here are the highlights from Bandai:

The kit is shown in various configurations here, of course, including posed on an Action Base 5. The base isn’t included in the kit, so you’ll have to pick one up separately if you want to nail some of the more dynamic poses! 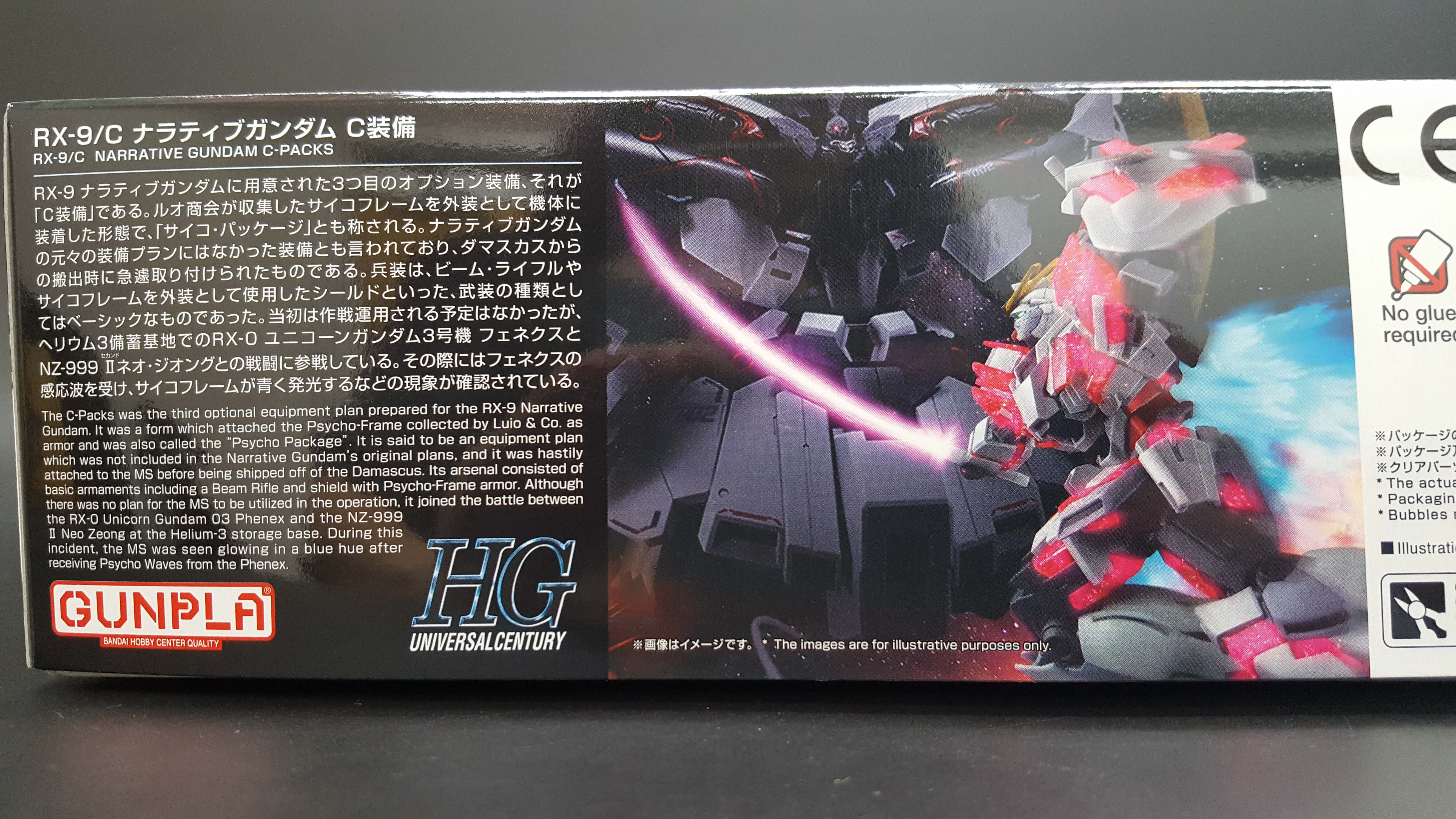 “The C-Packs was the third optional equipment for the RX-9 Narrative Gundam. It was a form which attached the Psycho-Frame collected by Luio & Co. as armor and was also called the “Psycho Package.” It is said to be an equipment plan which was not included in the Narrative Gundam’s original plans, and it was hastily attached to the MS before being shipped off of the Damascus. Its arsenal consisted of basic armaments including a Beam Rifle and shield with Psycho-Frame armor. Although there was no plan for the MS to be utilized in the operation, it joined the battle between the RX-0 Unicorn Gundam 03 Phenex and the NZ-999 II Neo Zeong at the Helium-3 storage base. During this incident, the MS was seen glowing in a blue hue after receiving Psycho Waves from the Phenex.” 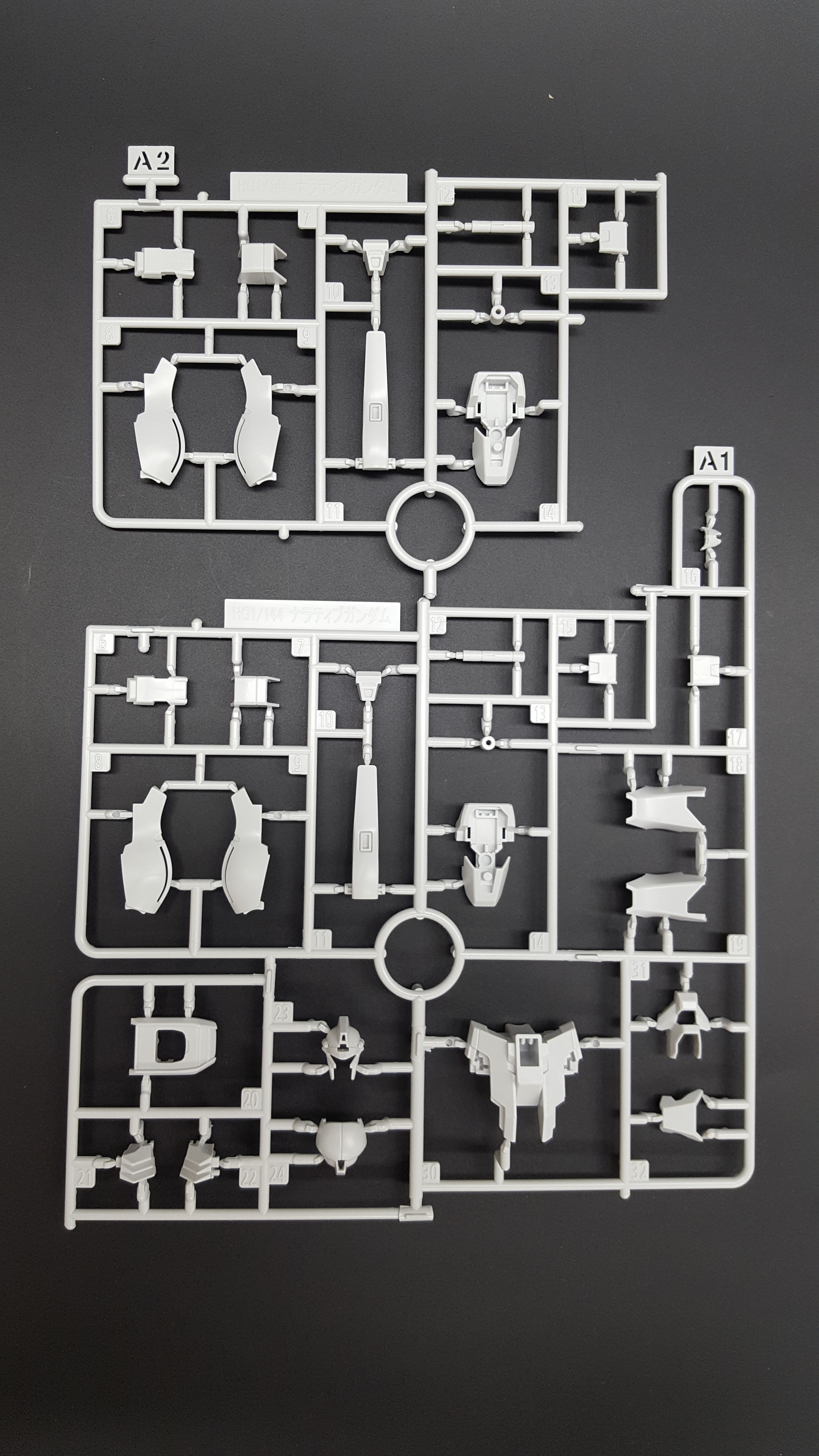 Two A runners here, both molded in white. At a glance, you can pick out skirt pieces and head parts. 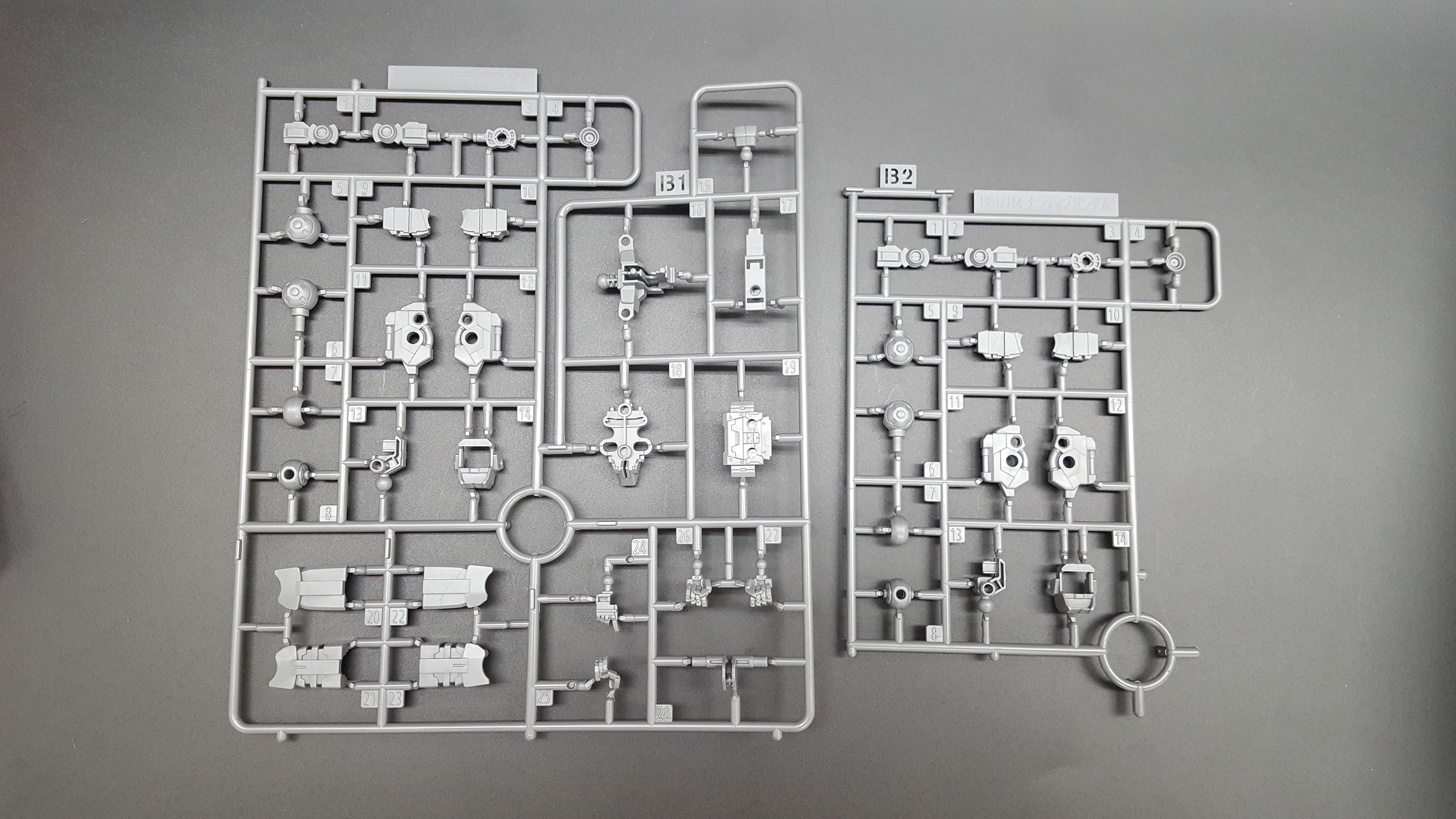 In a similar fashion, you get a large and small B runner, both in light grey. There are a lot of mechanical parts here, including some duplicated parts for the arms and/or legs. 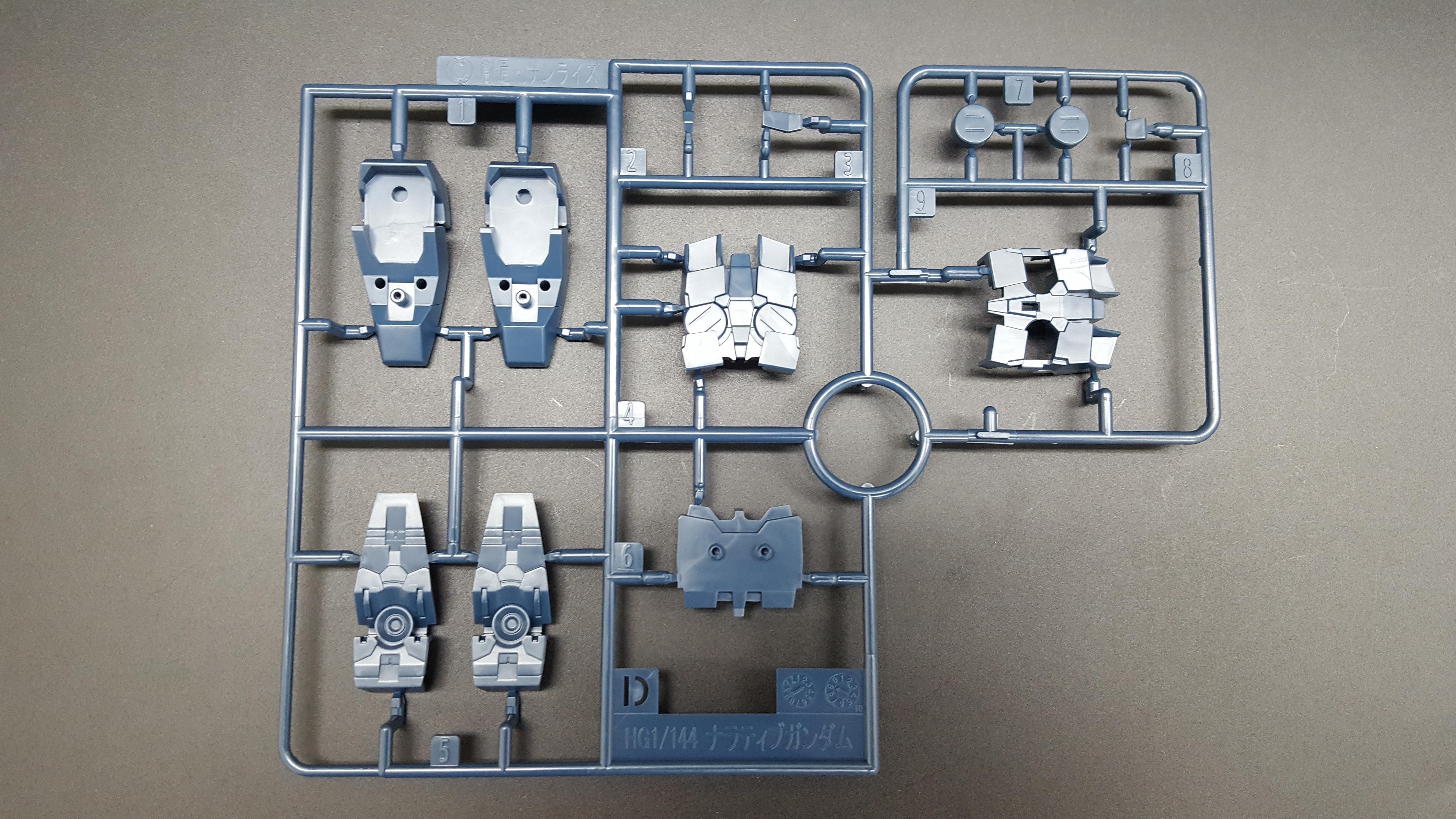 The D runner comes in a shale-grey and is made of of foot and backpack parts. 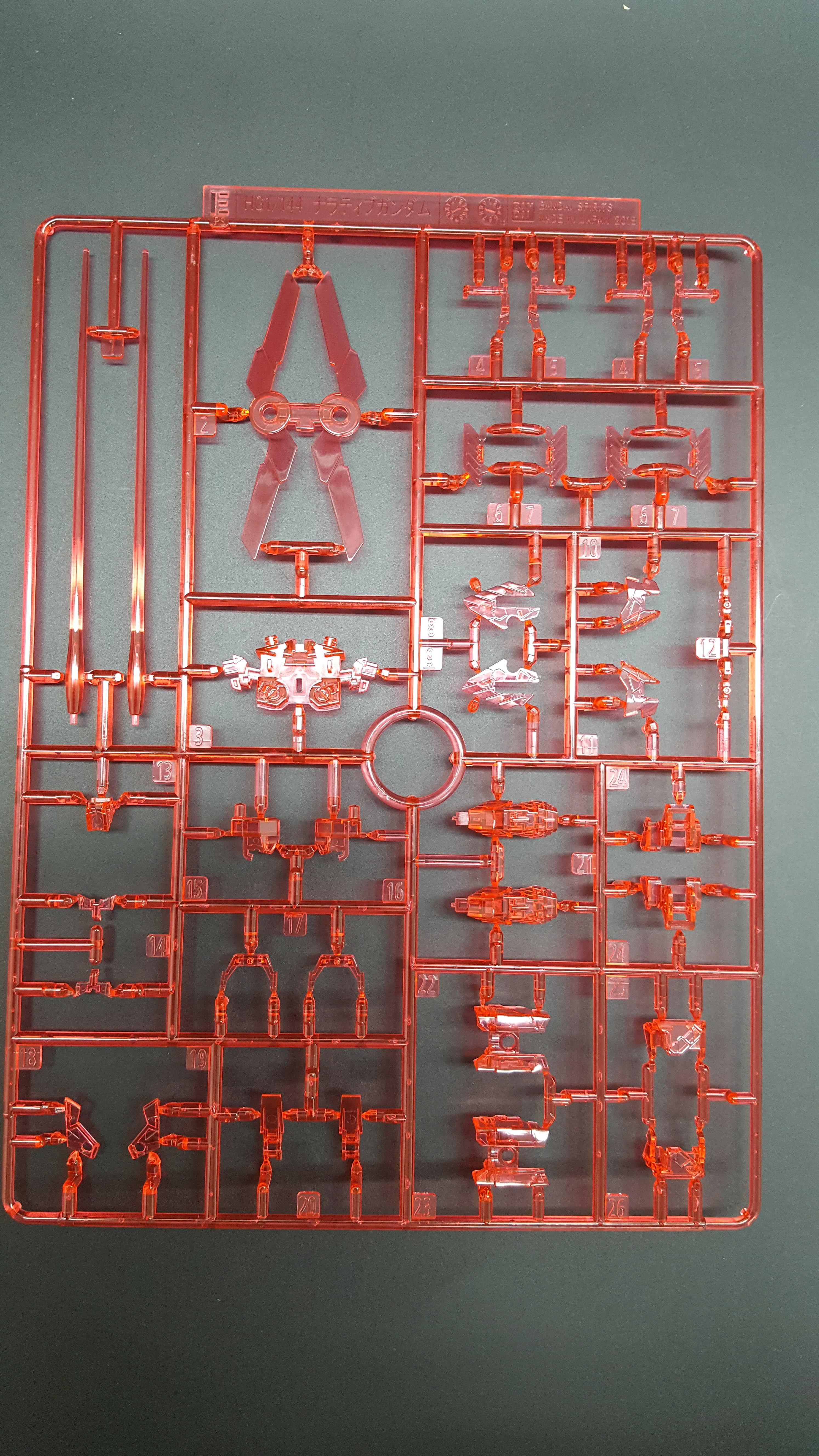 The main event: the clear-red E runner. This one is actually quite a big runner for clear parts — though if you compare it to another Psycho-Frame kit, it might not be as impressive. Still, this shiny is my personal favorite part, as it’s going to add a really good look to the model. (And maybe allow for some custom LED rigging?) More white parts for the G runner — we’ve got more foot and limb parts here, and the big shield pieces. 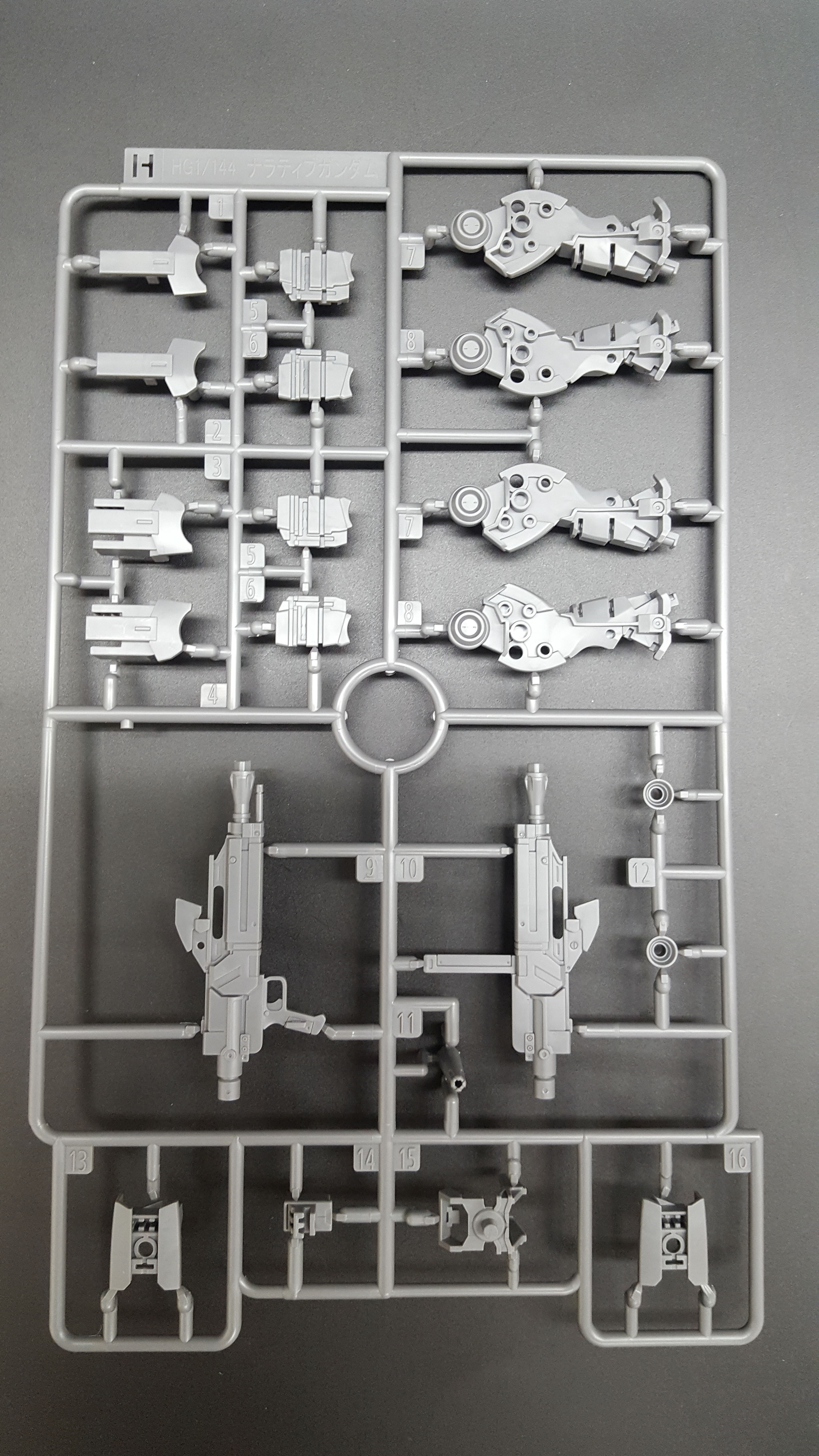 The standout parts on the light grey H runner are the Beam Rifle pieces, and the inner leg parts. And, the miscellany: a whole bunch of polycaps, a single blue piece for the center of the chest, and a limited number of foil stickers with a choice of green or red. Though the eye stickers will probably be useful, those of us who aren’t too keen on stickers will be relieved to find that a fine-tipped brush and some green paint will work just fine as a substitute for the other three stickers in here. And of course, you can always panel line and detail to your heart’s content!