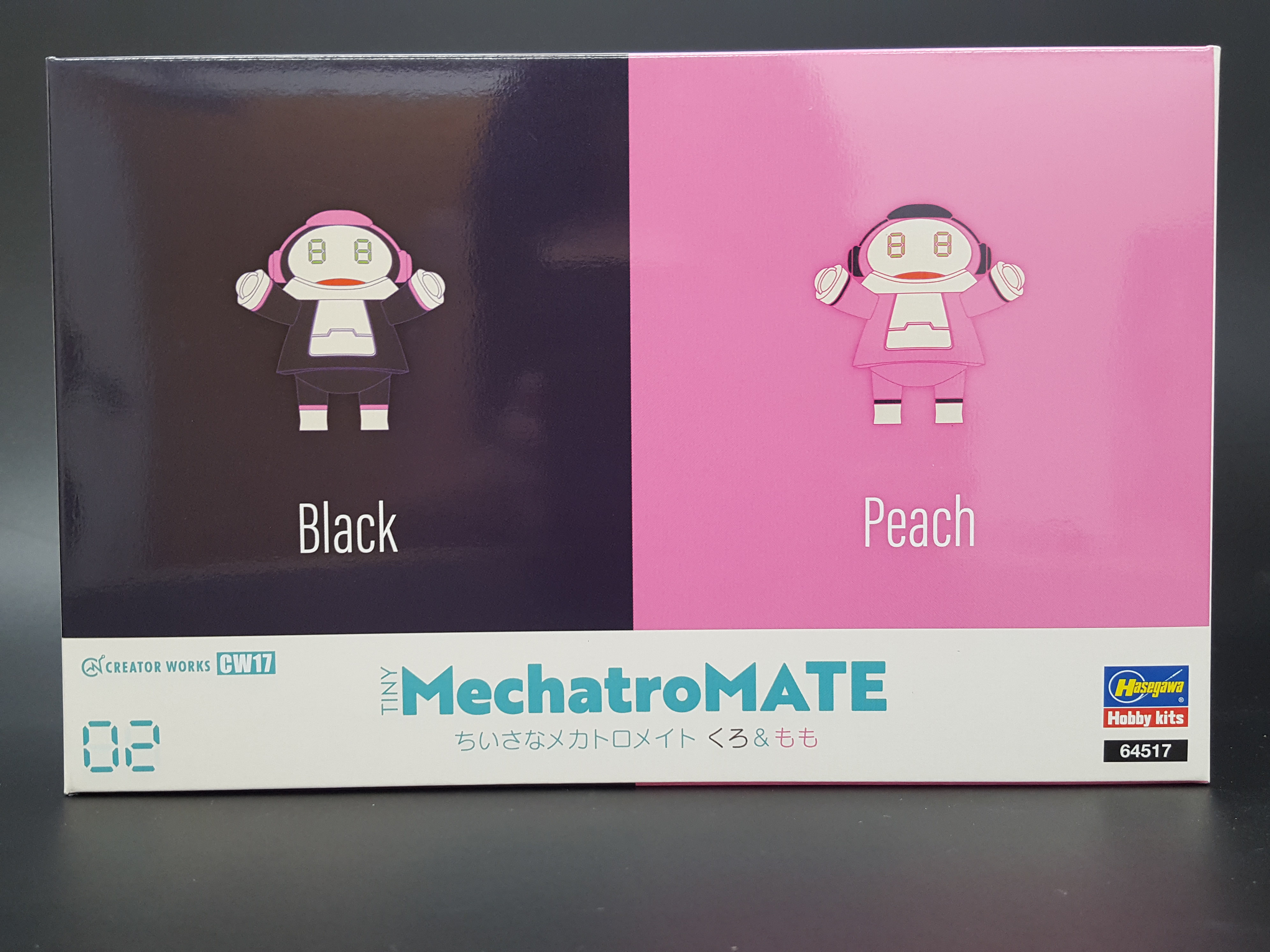 Last month, Hasegawa expanded its Mechatro line with the first installment of the MechatroMATE kits in light blue and orange. This month, the second version has just been released in black and peach, and we’re here to take a look! 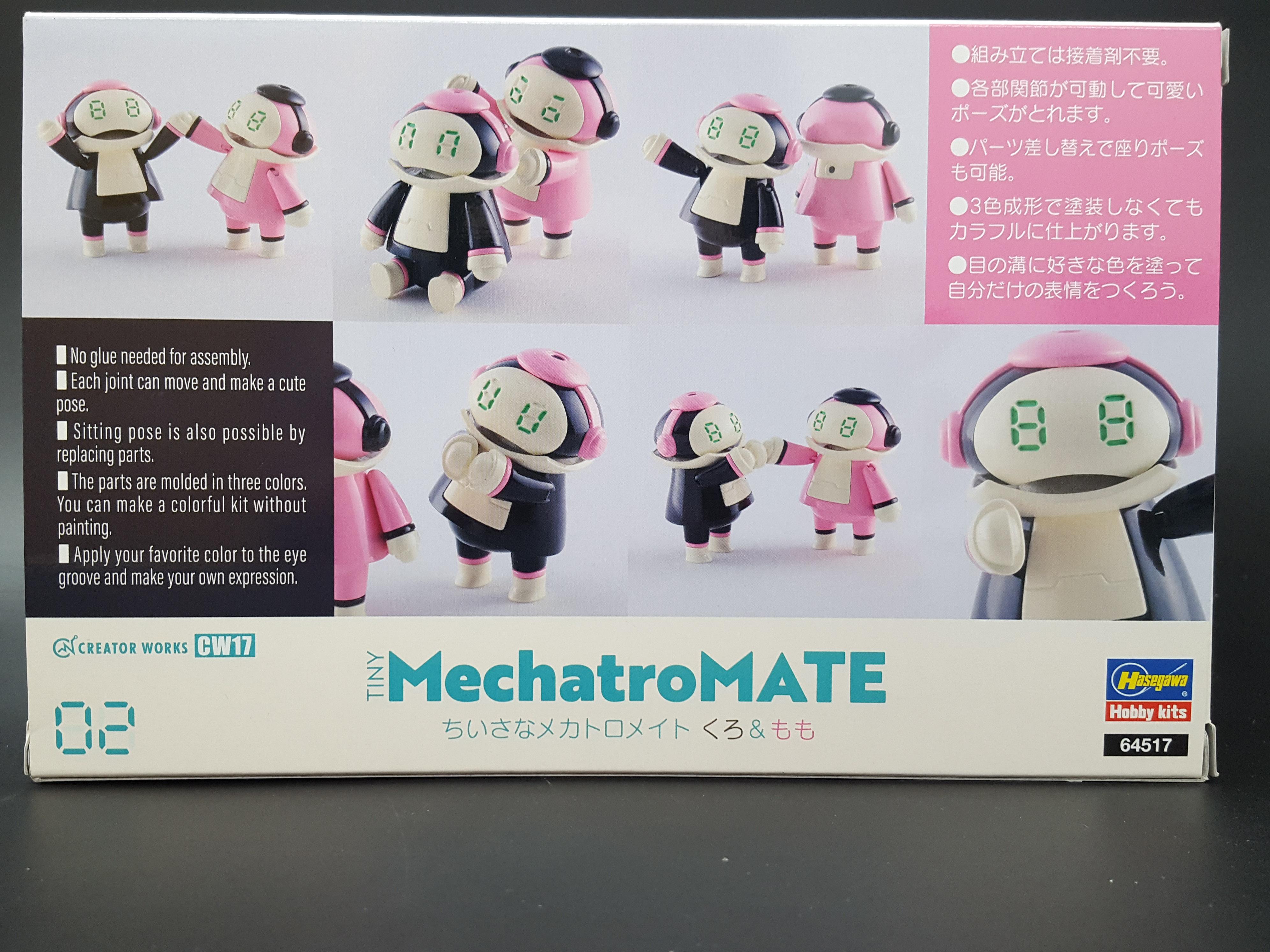 The back of the MechatroMATE box shows these little guys in all sorts of poses. And just to be clear — this kit does indeed build two robots. Because they’re identical, you can mix and match the color parts as you like, but the “standard” color configuration is shown above.

As explained on the box (in English, too!) the kits are entirely snapfit, are articulated, and come with optional parts for sitting poses. The analog clock-style eyes are to be filled in by hand with a marker or paint pen in the configuration you prefer. While at first glance you’d expect people to fill in numbers, there are actually some pretty clever versions already out there:

Back to the box. 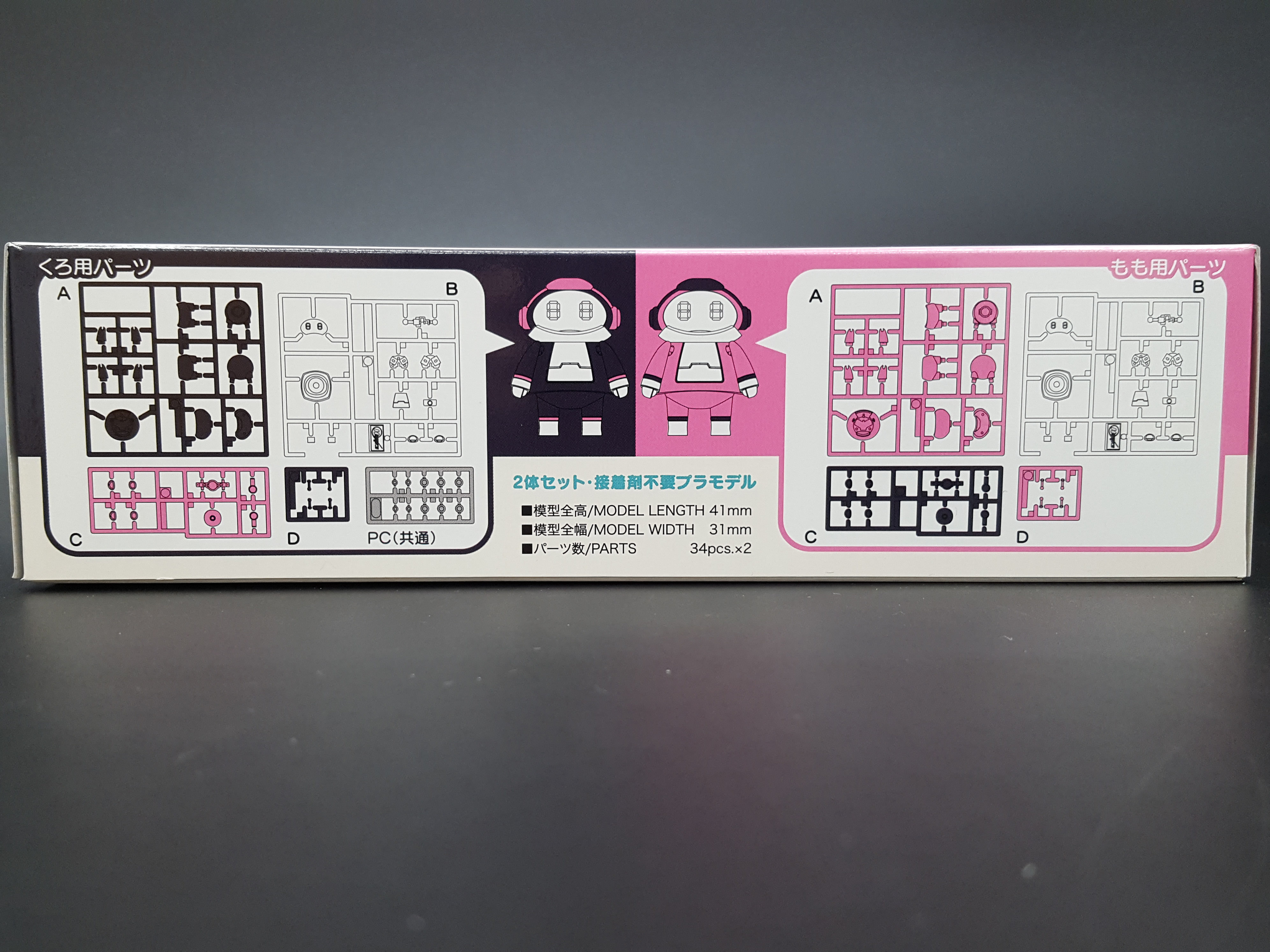 One side panel breaks down each robot and shows the runners you’ll be using to build them. They’re very small, simple kits, so build time should be pretty short and sweet. 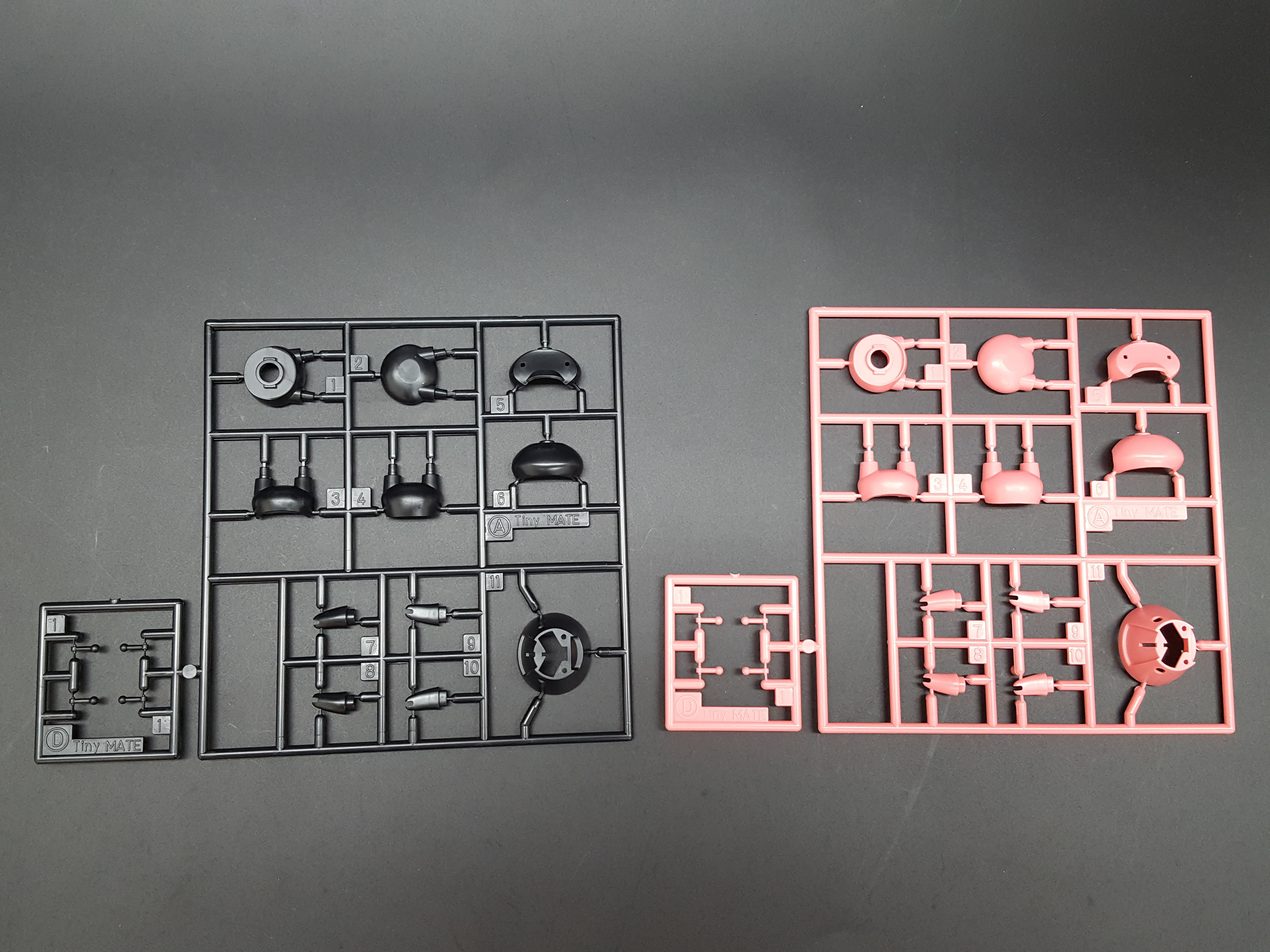 The A and D runners come connected. You get one in peach and one in black. This is where the bulk of the parts are. 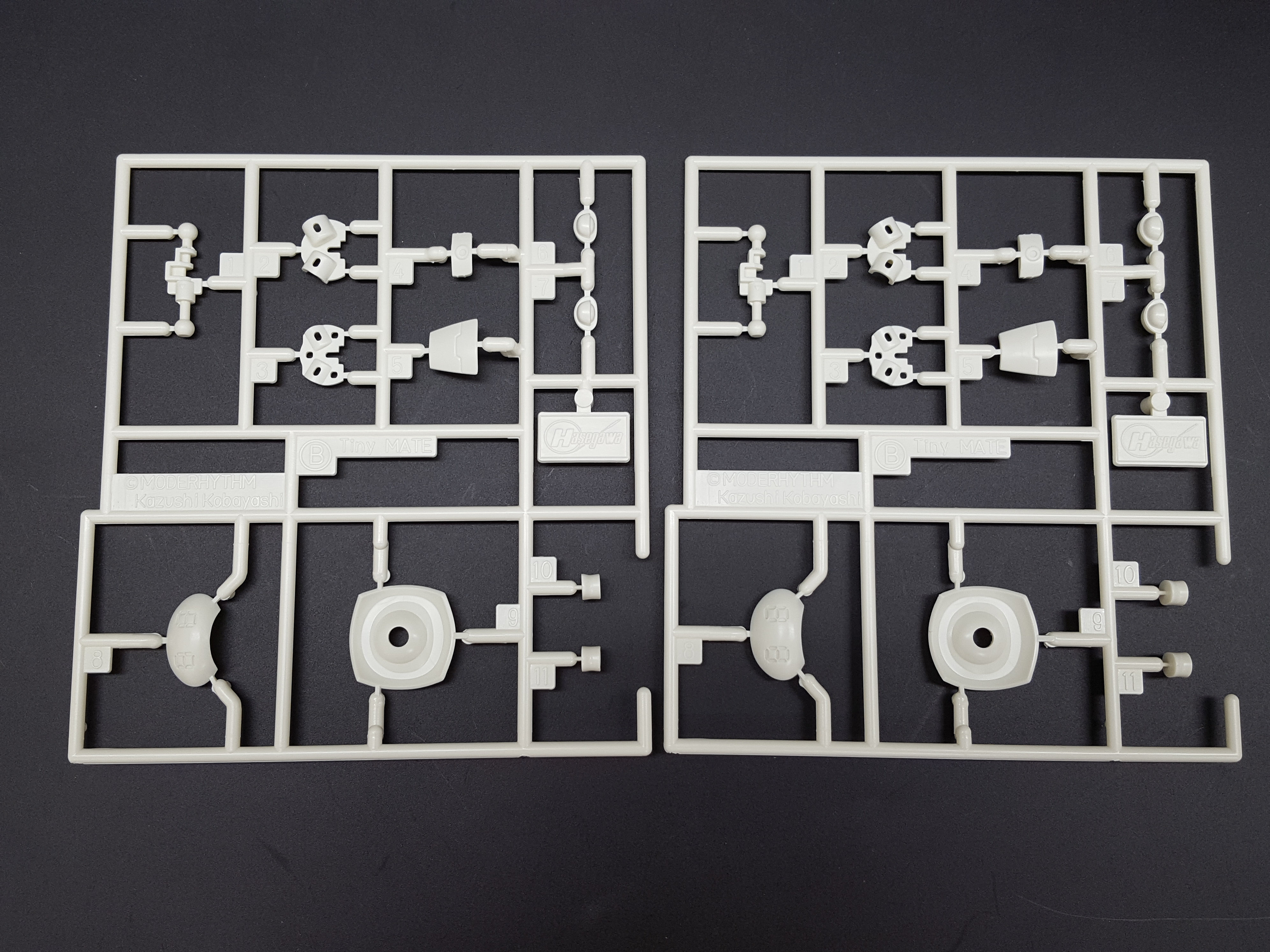 Two B runners in cream. These parts will be the same color on both kits. 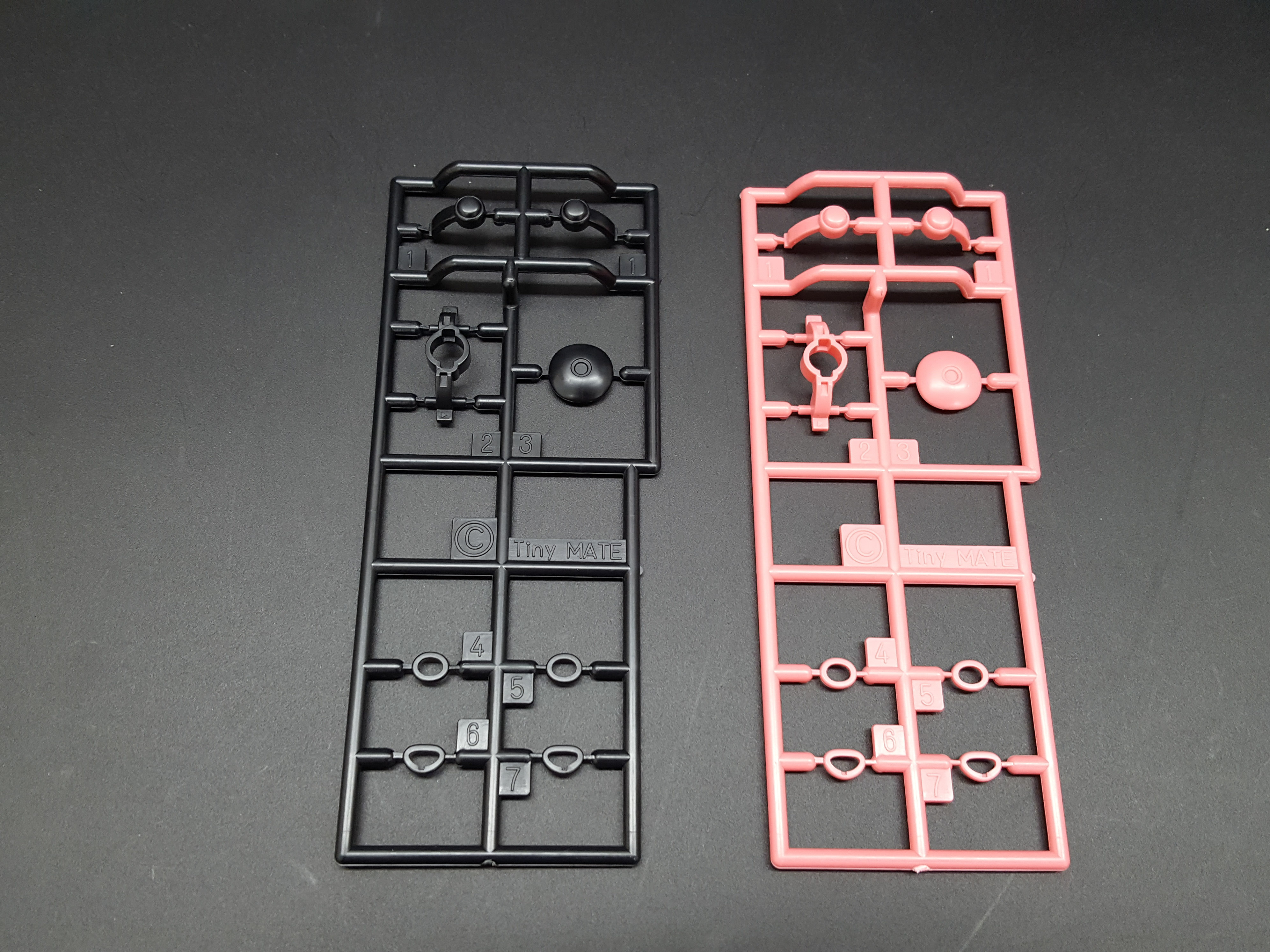 The small C runners in black and pink. 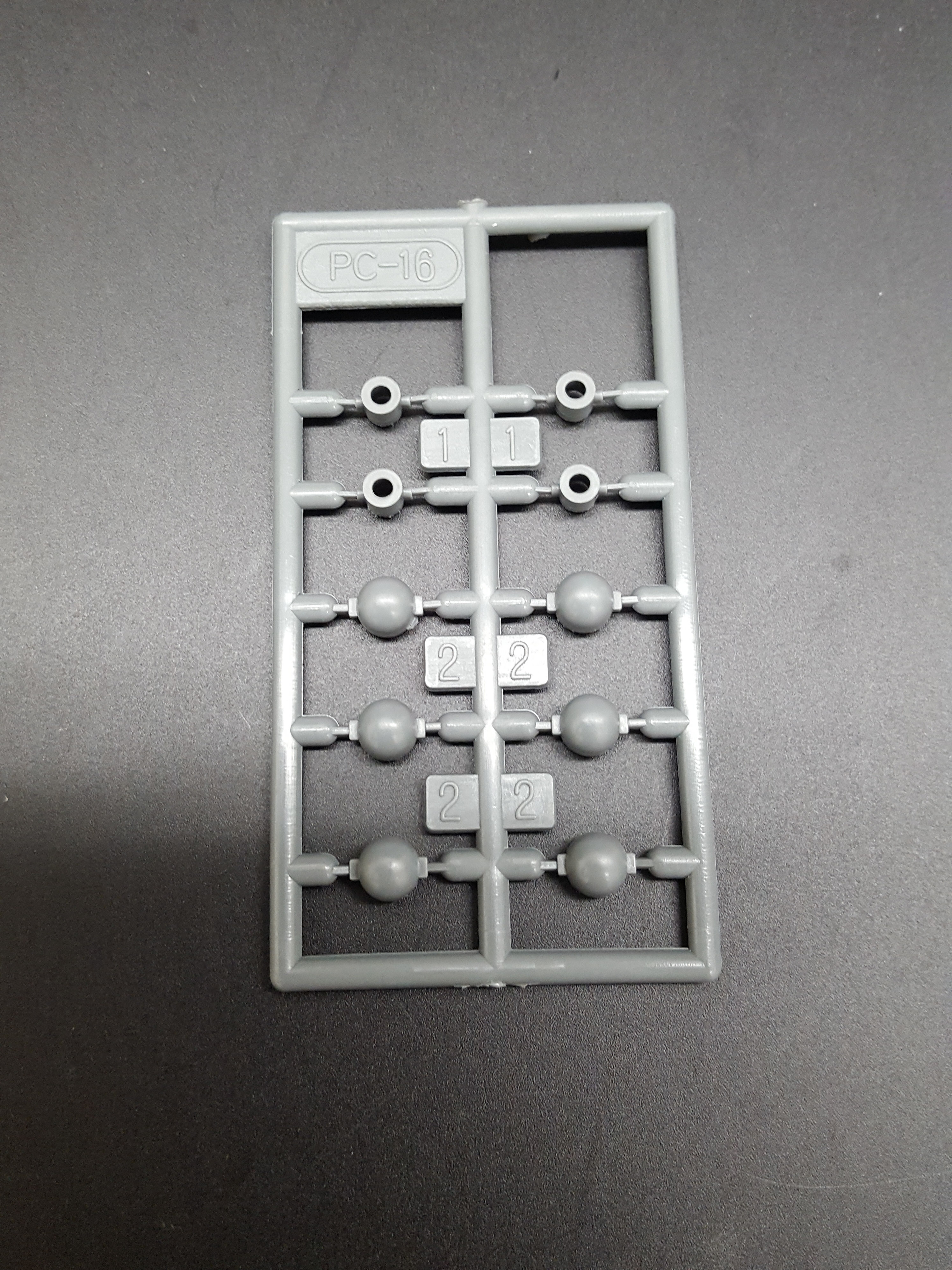 That’s it! Will you be trying these out for yourself? You can pick up the new color version here:
– Small Mechatromate No.02 Black & Pink