We recently started carrying a line of pet goods from Petio made especially for otaku pet owners, and we couldn’t be more excited! So far, the line includes “Dragon Ball” and “Sailor Moon” items like catnip pillows, chew toys, pet beds, and best of all, cat & dog cosplay.

Our pets were dying to try them out, so we took some home for our furry friends to review. Five cats and two dogs tried on and tried out a variety of products so you can get an idea of whether or not Petio’s line is perfect for your own otaku pet!

Watch our Toy Tengoku episode about these items here!

Click on the kitty or pupper below to check out their review, or simply scroll through to see them all. 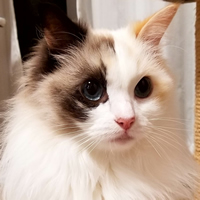 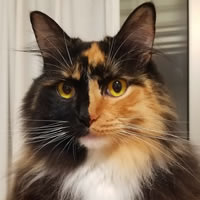 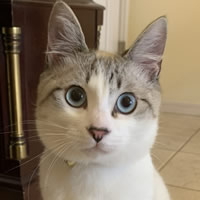 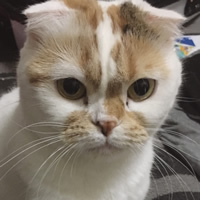 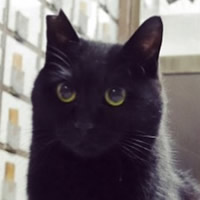 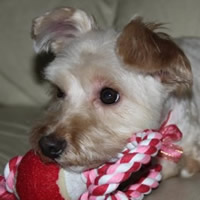 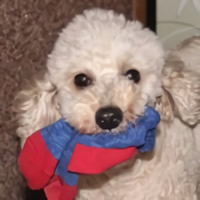 ♂ Nemo
Breed: Toy Poodle
Likes: Whatever you’re eating
Dislikes: Not being the center of attention 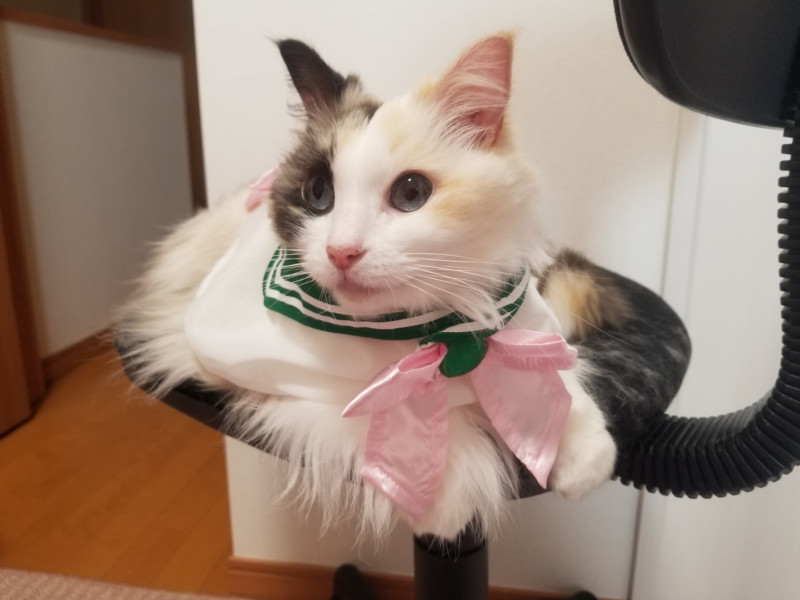 Linday’s mild-mannered, super-relaxed Ragdoll, Mugi, reviewed several items for us. The Sailor Jupiter costume simply fits around a cat’s neck. Because it doesn’t get in the way of their little paws, it makes for a pretty comfortable outfit, and Mugi was just fine lounging around for photos after putting it on! 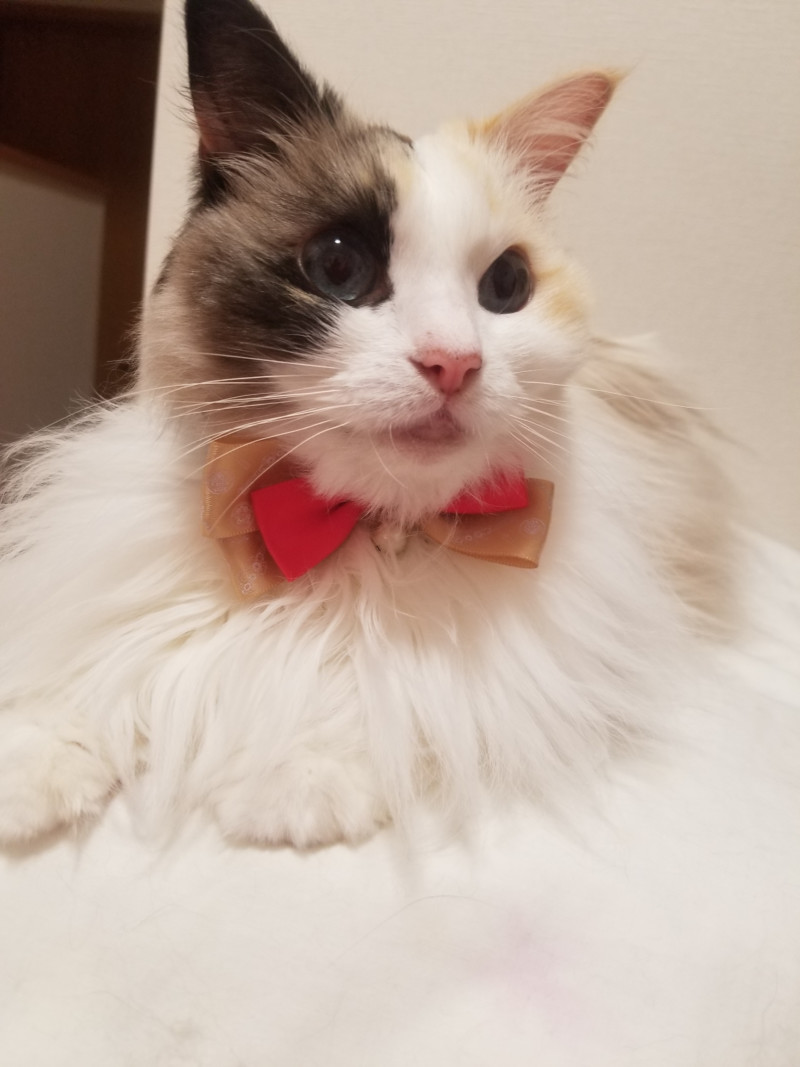 The collar caused a bit of a distraction — Mugi loves bells, and this collar has a bell. She spent some time trying to (unsuccessfully) chew on it. 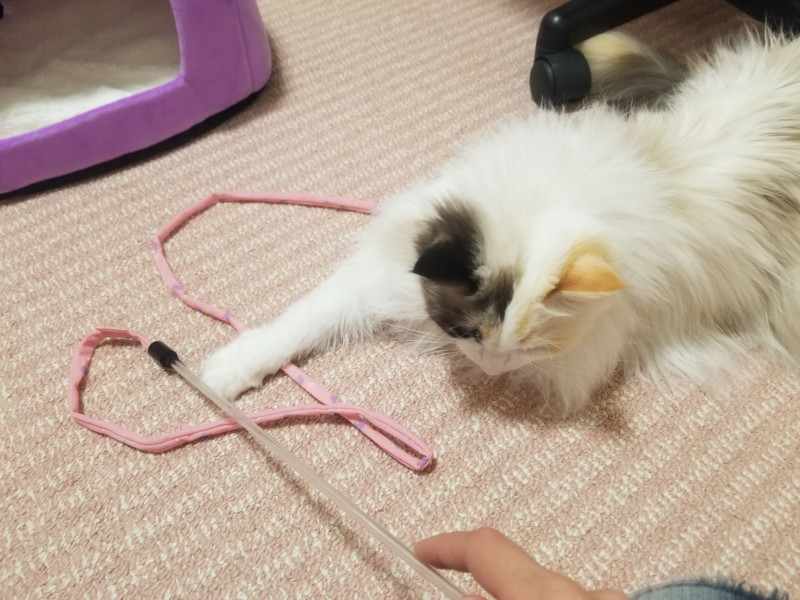 A success! The cat teaser is nice and long, making it easy to play with from a distance, but Mugi got right on top of it! She even ran herself off the bed a few times in her overwhelming excitement for playtime. 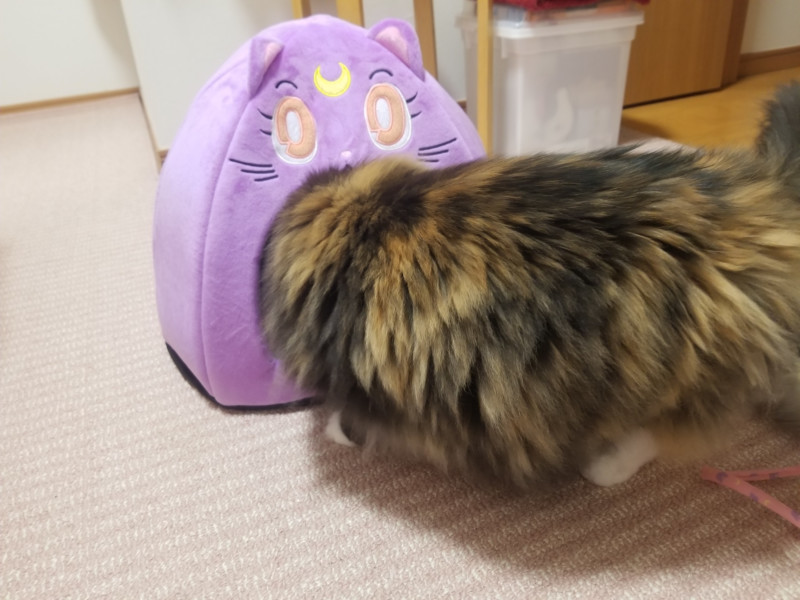 Yui (and Mugi, for that matter) never really got to enjoy the Luna Dome Bed to the fullest. It’s already warming up over here in Japan, so these longhaired felines aren’t looking for a warm space to cuddle up in. Even so, Yui poked her head in for a tentative look around and Mugi crawled in once for a brief moment — maybe it’ll be more popular with these furry friends in the winter! 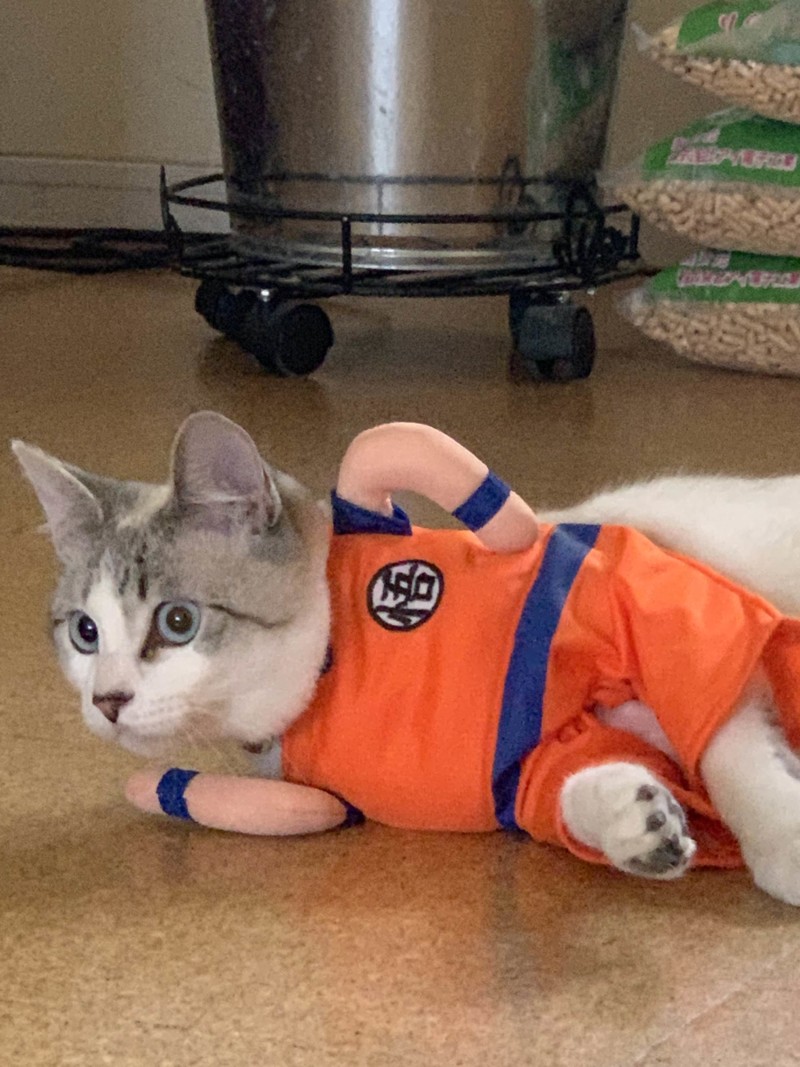 Chiffon couldn’t have looked any more stylish in Goku’s training uniform — he even struck a lovely pose for the camera! this costume goes around the cat’s neck and has sleeves for the front paws, so it may not be a good fit for a fussy kitty — but relaxed cats can wear it well! 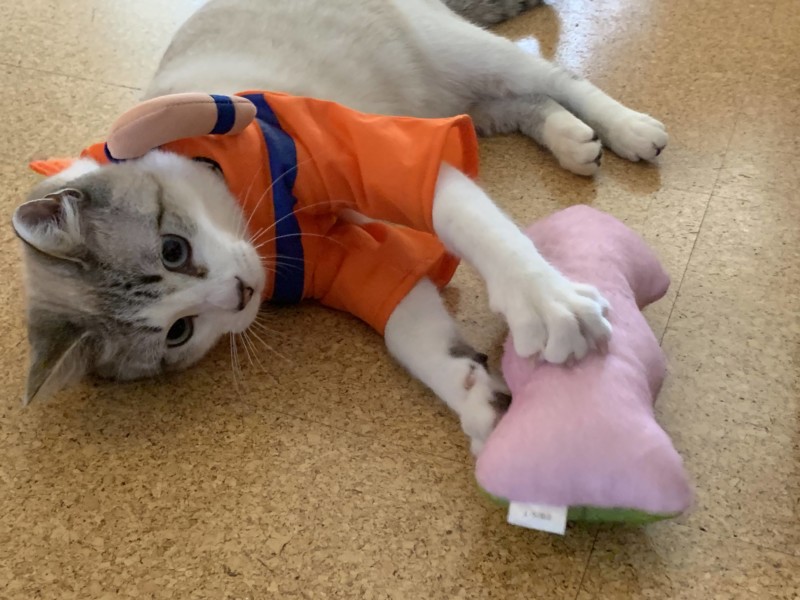 Chiffon also enjoyed defeating Majin Boo in a fight to the death. This kicker pillow is specifically designed to endure quad-paw action from cats, so they can get it in a death grip and kick it to hell and back without tearing it to pieces. It’s a great size for engaging full body play! Better yet, it has catnip in it, and Chiffon really seemed to enjoy chewing on and sniffing the pillow because of it! 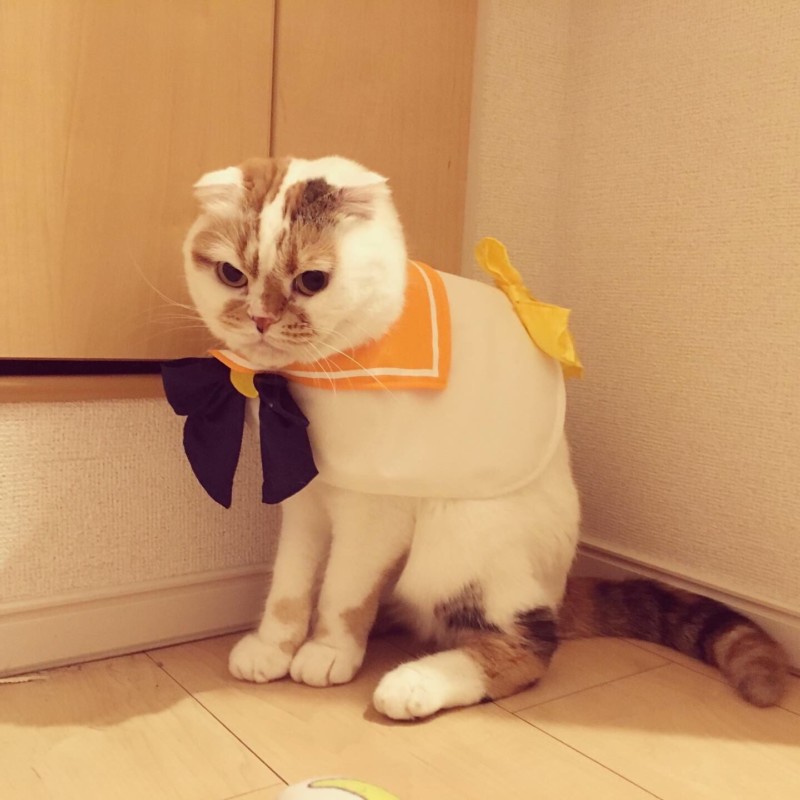 Maki makes for a very cute Sailor Venus, and was well-behaved enough to pose for a few photos before getting fussy. Like the Sailor Jupiter cape-style costume, this costume only fits around a kitty’s neck to keep the irritation to the cat to a minimum. 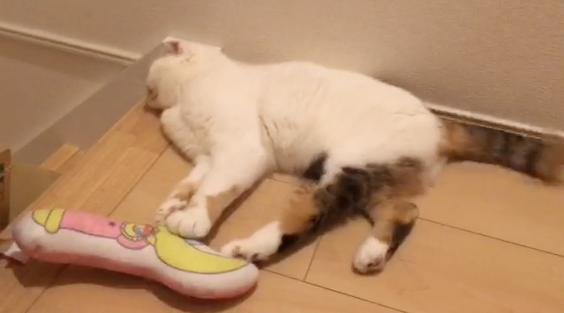 Shaped like Sailor Moon’s iconic weapon, the Moon Stick, this catnip kicker pillow is sized to take a beating from all four paws at once. Unfortunately, Maki wasn’t a fan — she immediately pushed it away and then pretended like it didn’t exist. Poor pillow. 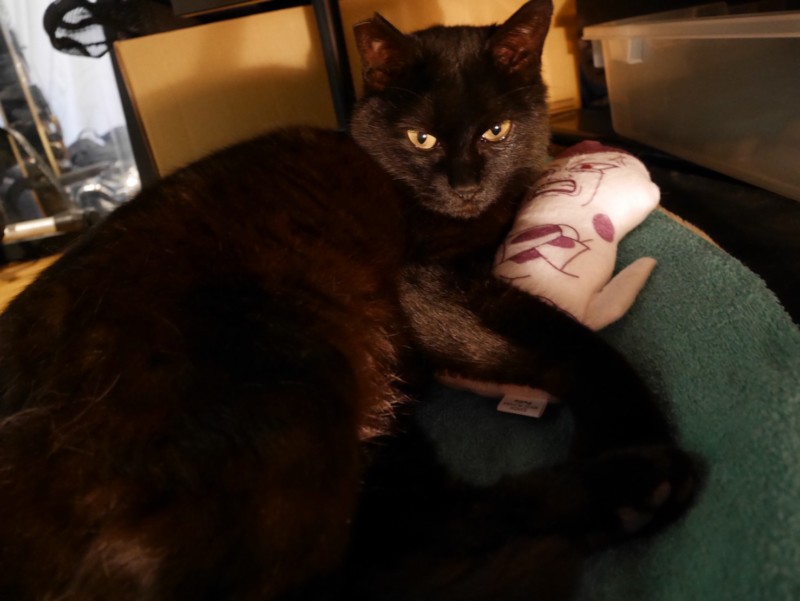 Being a stray, we thought the neighborhood celebrity Kuro-chan would take better to toys than costumes, so we got him two. First, the Frieza kicker pillow so he could do battle! As with the other pillows, this one has catnip in it and is made in the perfect size for kicking action. Kuro-chan played with it a bit, but only if we enticed him with another toy first. It seems like Kuro-chan doesn’t react to catnip, so he saw it as more of a pillow than a plaything. 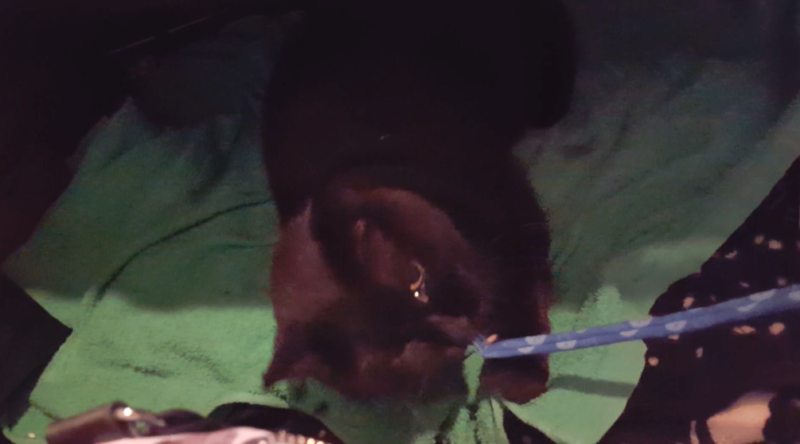 If Kuro-chan loves anything (more than waking people up at the crack of dawn) it’s cat teasers. And bells. So this Dragon Ball cat teaser with a bell was right up his alley! He played until he tired himself out and then settled down for a nice nap on top of his Frieza pillow. 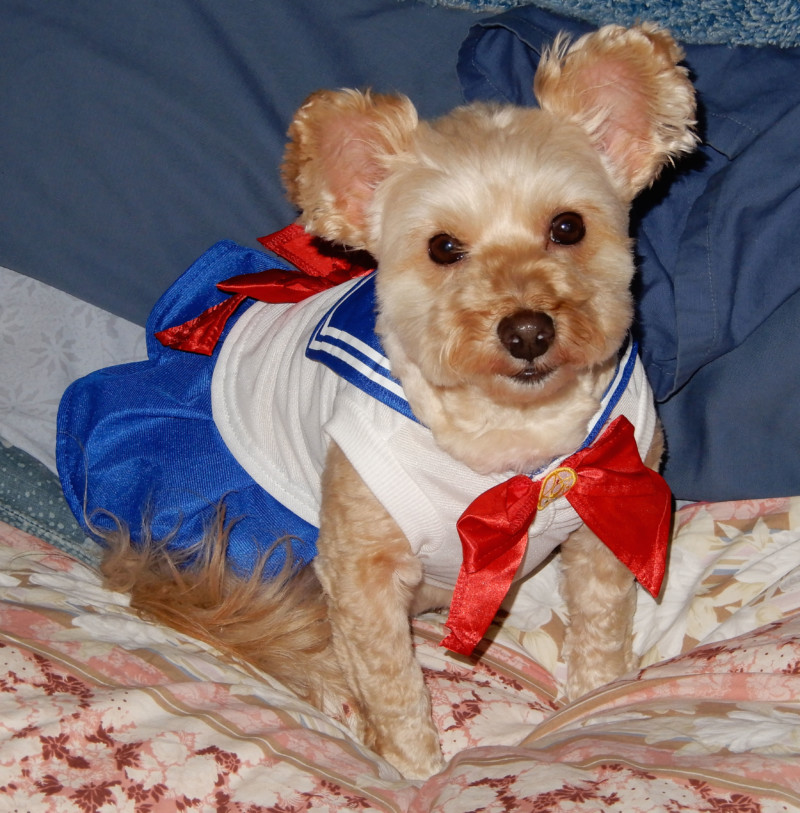 At first, Sachi was uncertain about becoming Sailor Sachi, but once she realized how cute the costume, is she loved it! 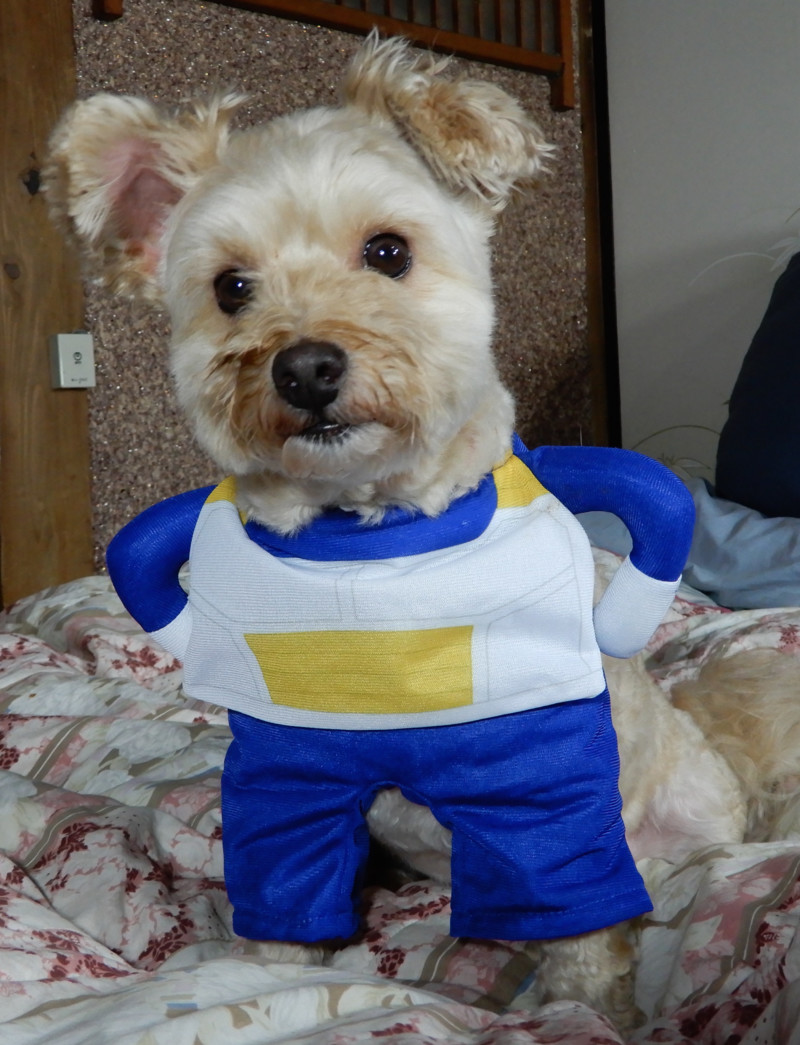 Girls can be Super Saiyajins, too! (As long as they get the right costume size!) Sachi looks a little too cute to be Vegeta, but it’s an awfully good fit.

Sachi’s generally a bit sulky when it comes to getting dressed up, but in the end she warmed up to the outfits, which were also really easy to get on and off. That always helps when dealing with a fussy pup! 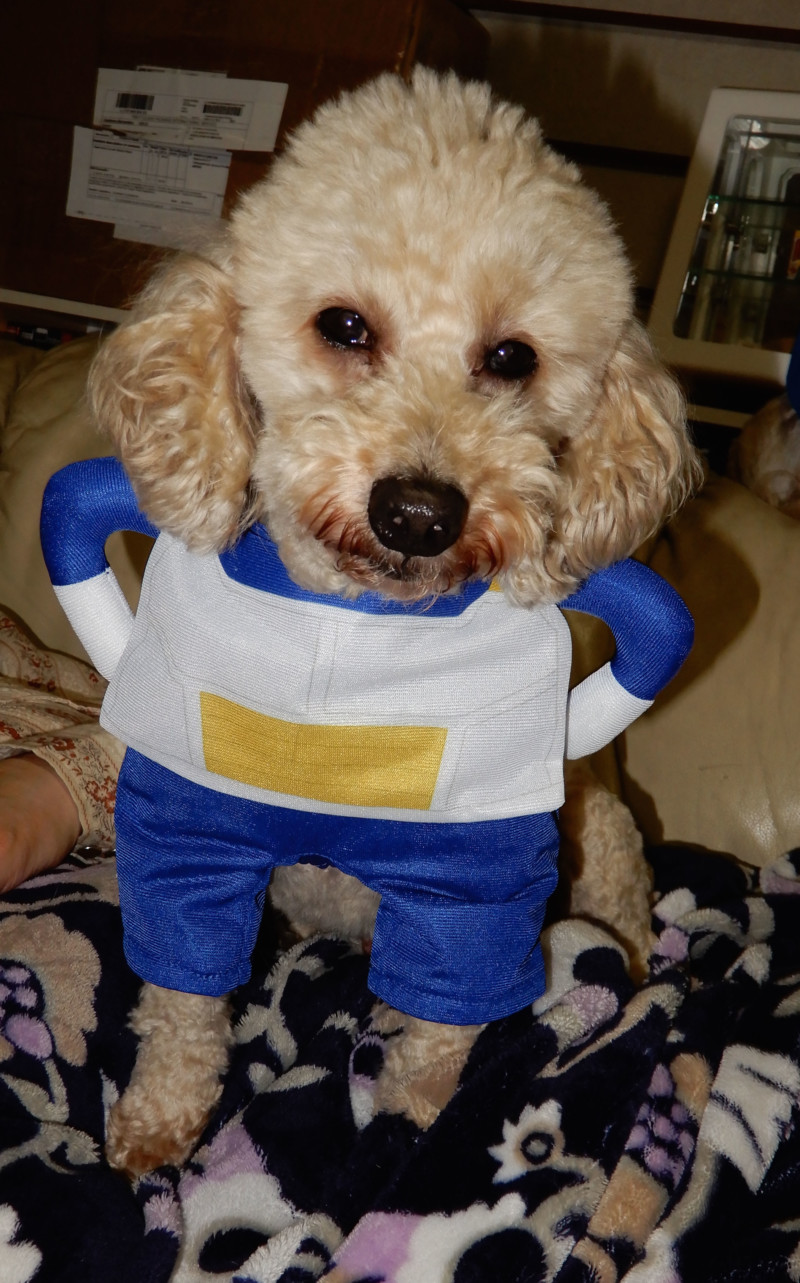 Nemo absolutely nailed the Vegeta look — we love it. Not only does he look amazing, but he’s Sachi’s opposite when it comes to dress up; he had a great time! 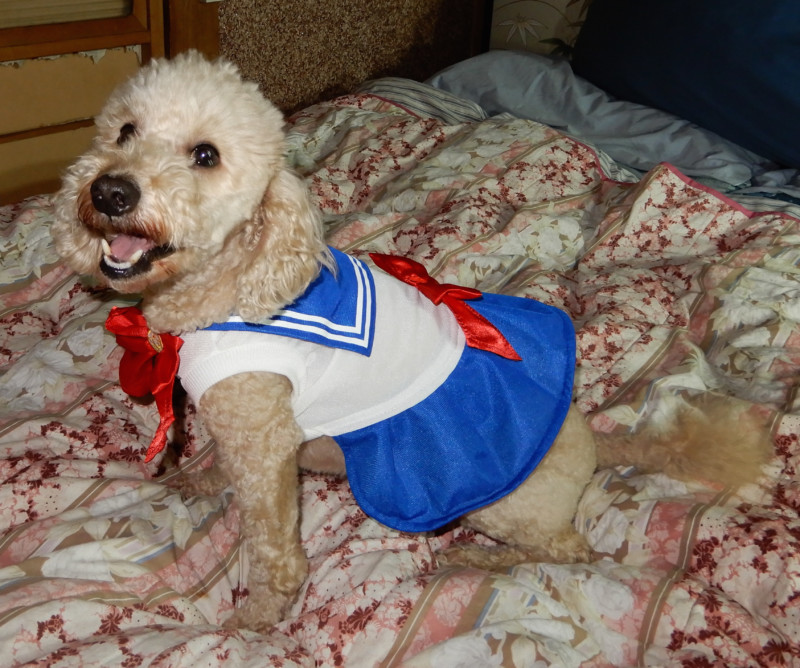 Even the Sailor Moon costume suits him, and he’s loving it, too. Just look at that smile!