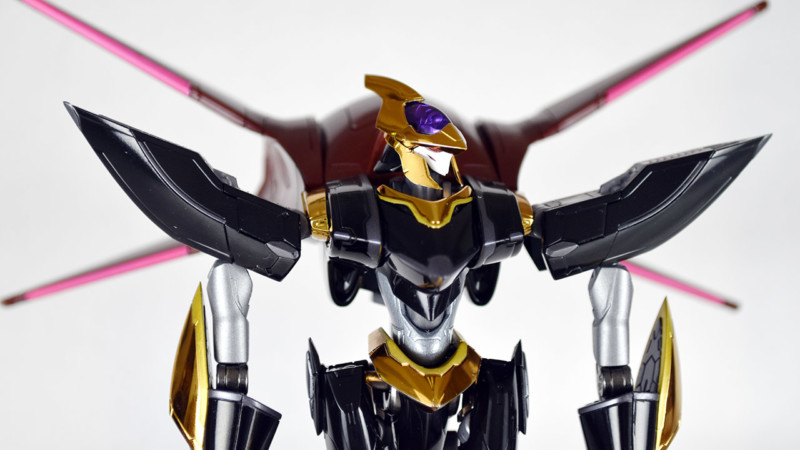 Following the unboxing, here is the review for the Metal Robot Damashii Shinkiro from the anime Code Geass. This is an all-new toy and has been reworked from the ground up, resulting in something very special indeed.

This is not the first time Bandai has handled the Shinkiro, as we had both a regular Robot Damashii release in 2009 followed by a Composite Ver.Ka toy in 2011; you would think that Bandai would have phoned this in somewhat.

Well, that’s not at all the case, as this is a completely new toy and has had a great deal of work put into it. 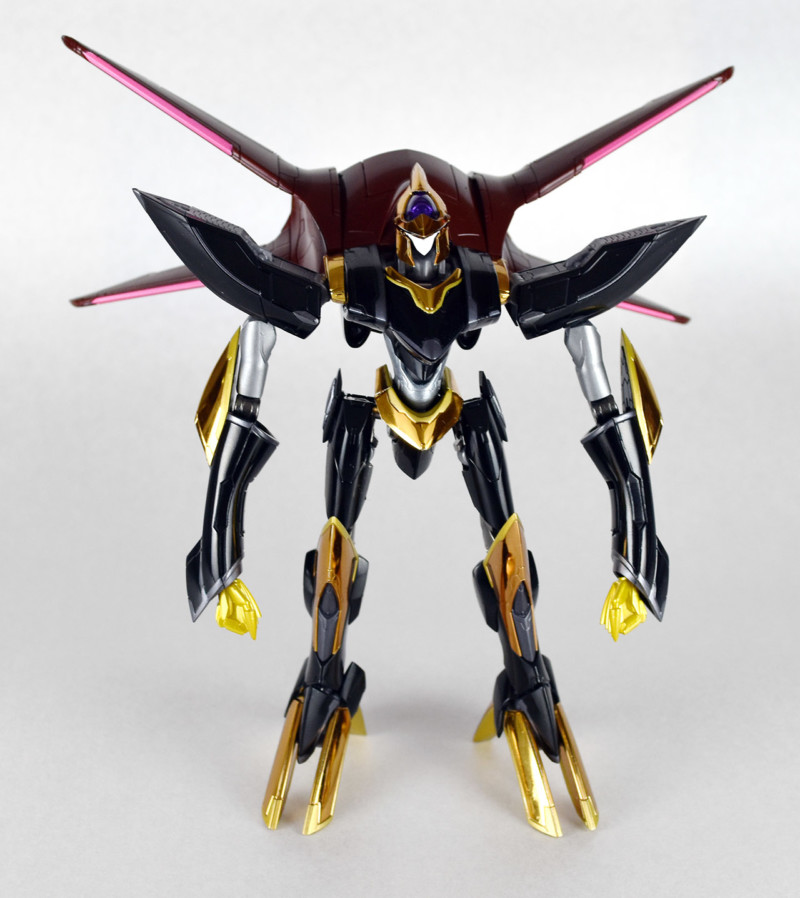 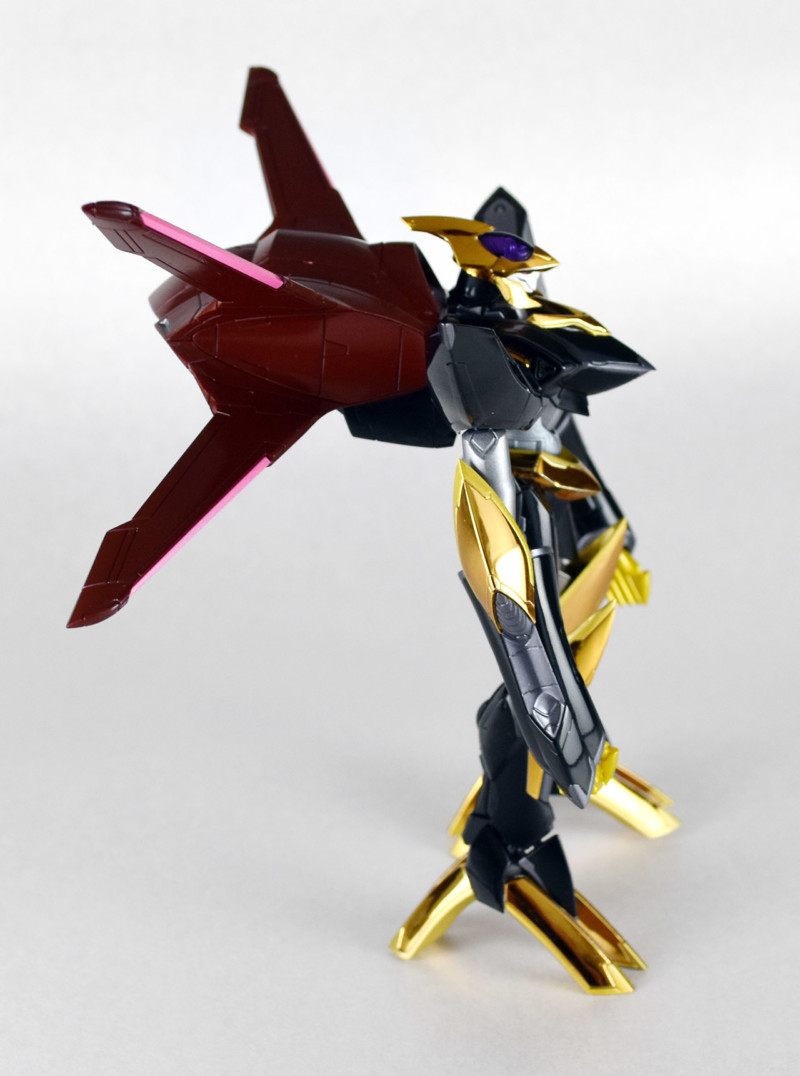 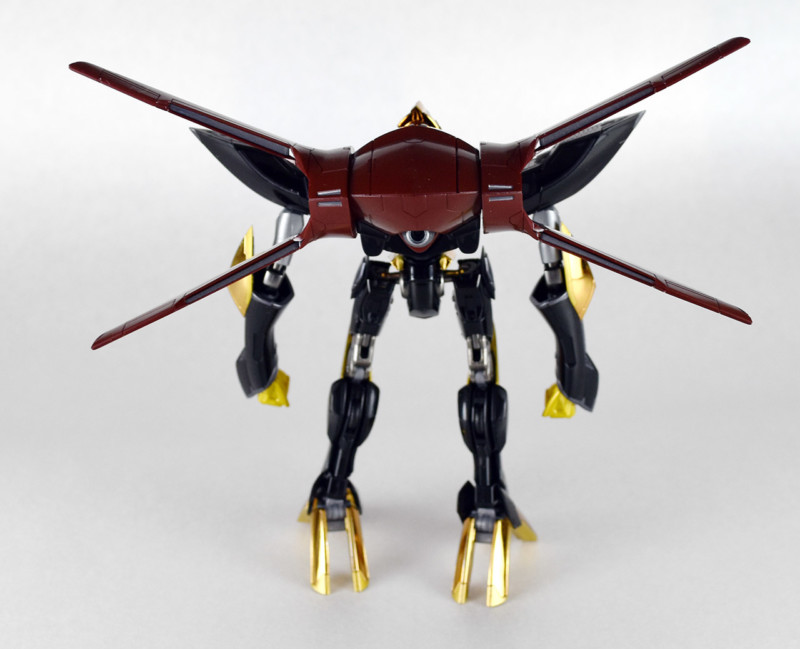 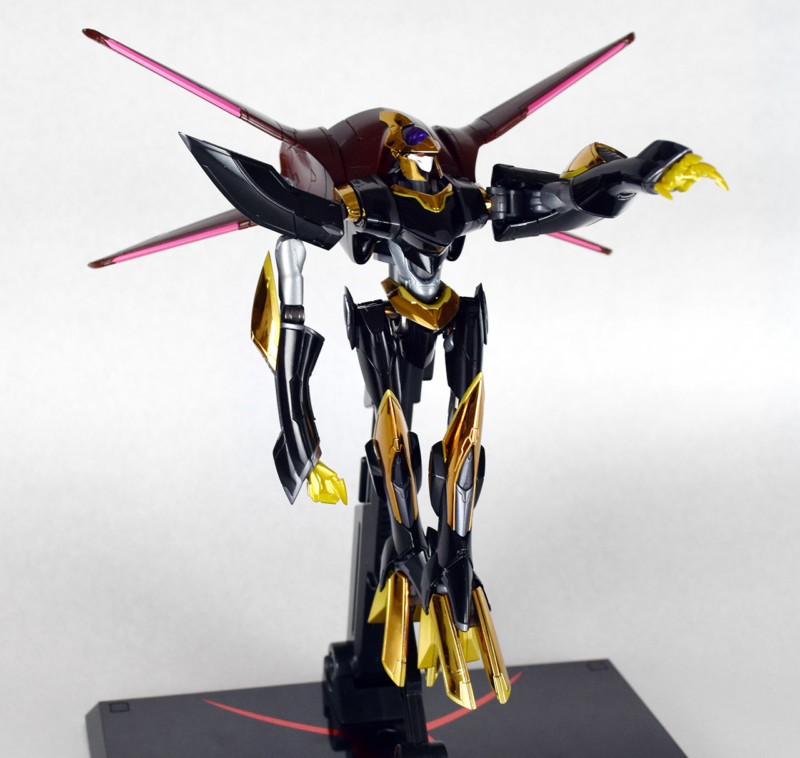 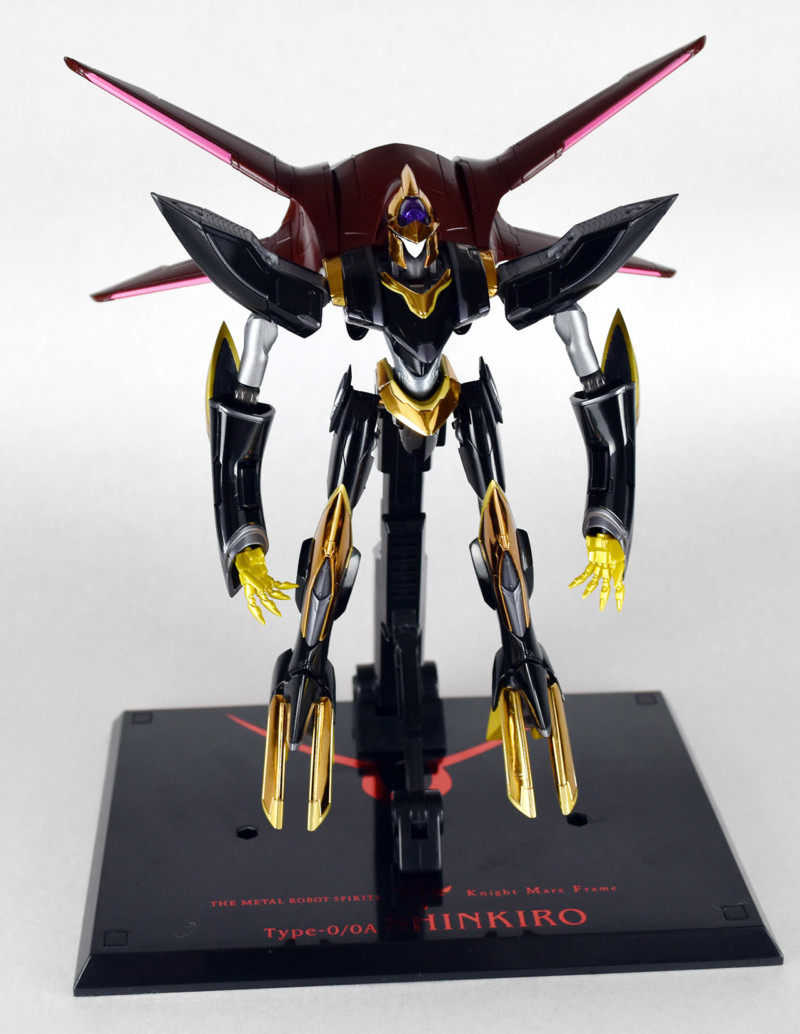 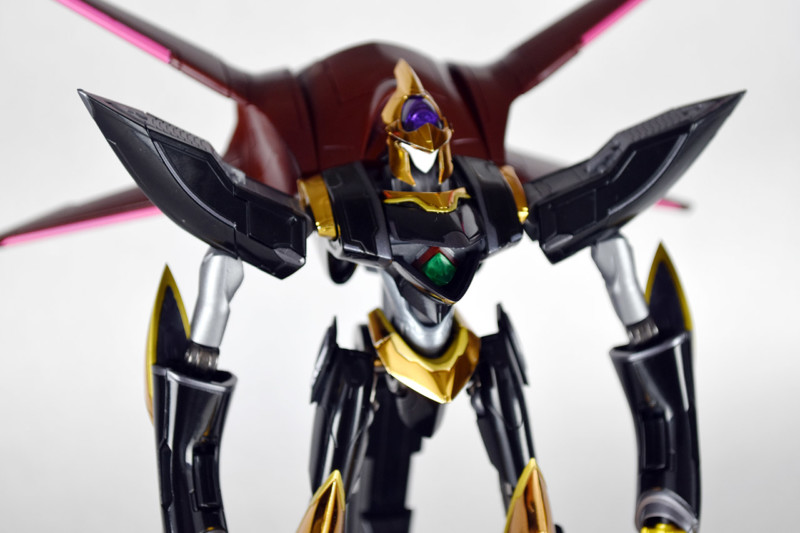 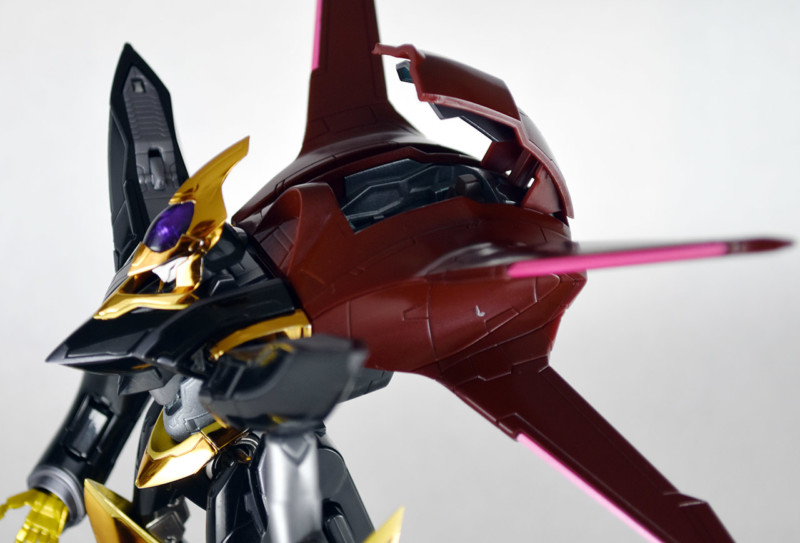 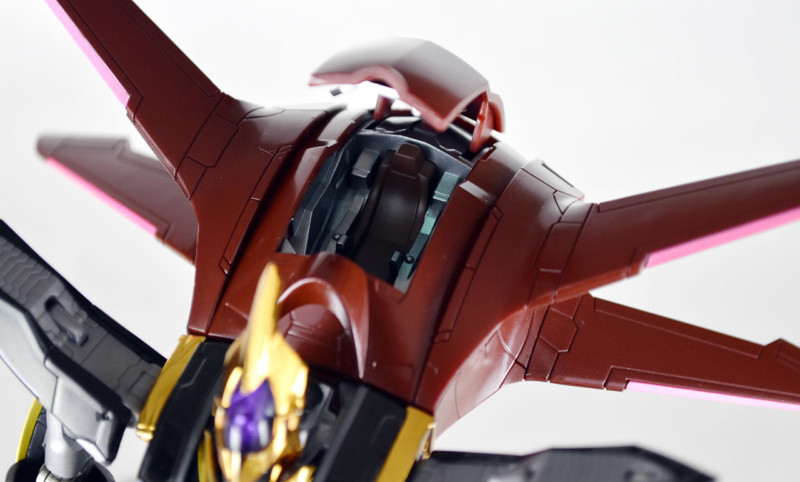 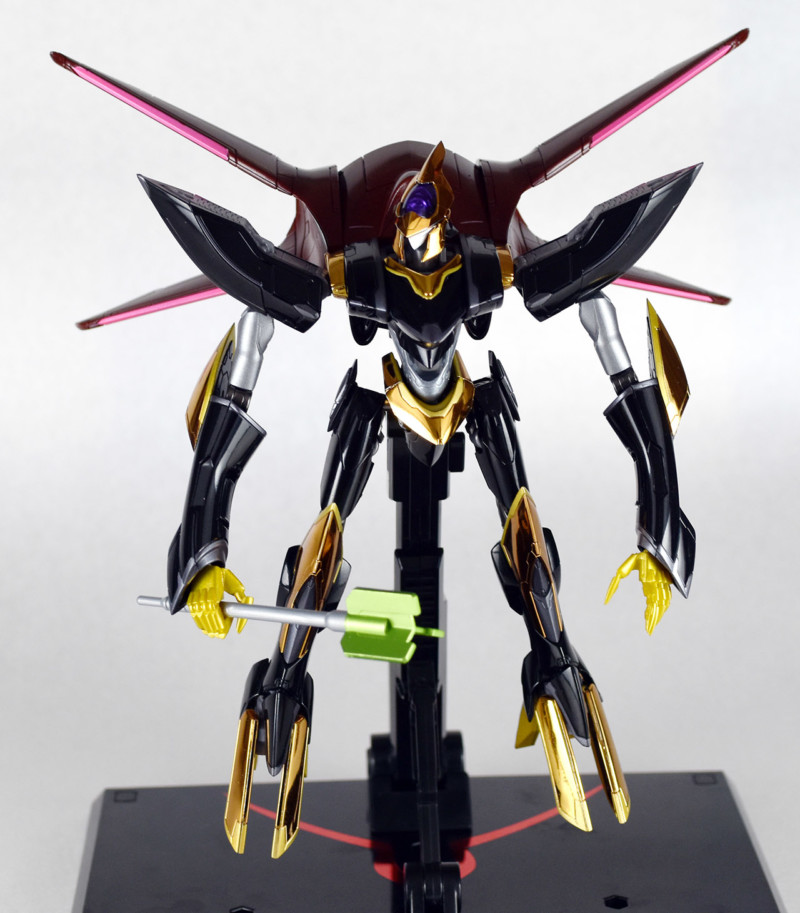 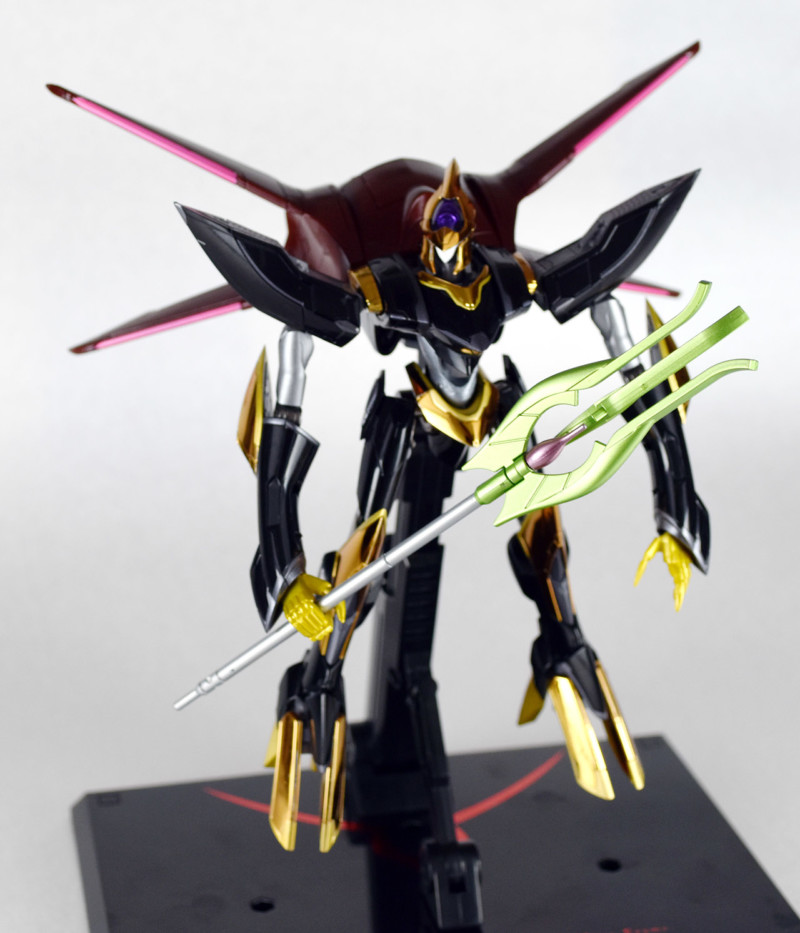 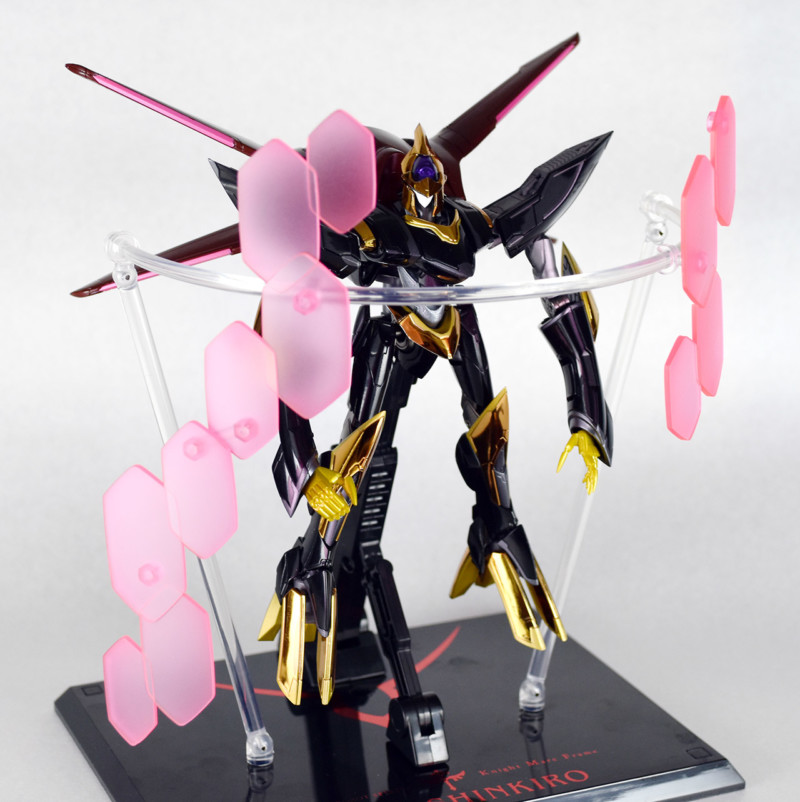 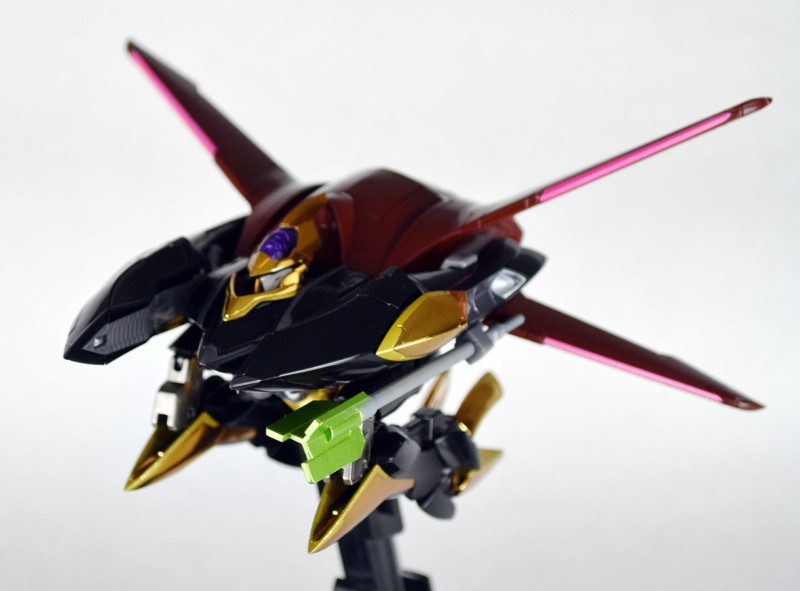 First up, this toy has had an all-new sculpt to make it closer to Akira Yasuda’s original mecha design. This is facilitated with the judicious use of die-cast for the joints and other structural elements of the toy.

Despite the massive cockpit at the rear, the toy can easily stand up on its own. However, you also get a very capable stand that allows you to display in its more regular airborne mode.

You can also transform the toy into Fortress Mode pretty much seamlessly and the stand is again very handy for that.

You also get a ton of accessories here, from parts for the Absolute Defense system to two versions of the F.L.E.I.J.A. Eliminator.

However, what really makes this toy stand out is all the gold parts and other detailing it has from the anime. The regular black parts are all gloss and look very slick. The golden parts do really stand out though and really do the design justice.

Overall, this is easily the best toy of the Shinkiro to date. If you are a fan of Code Geass and Akira Yasuda’s unique take on mecha design, then I cannot recommend this enough.