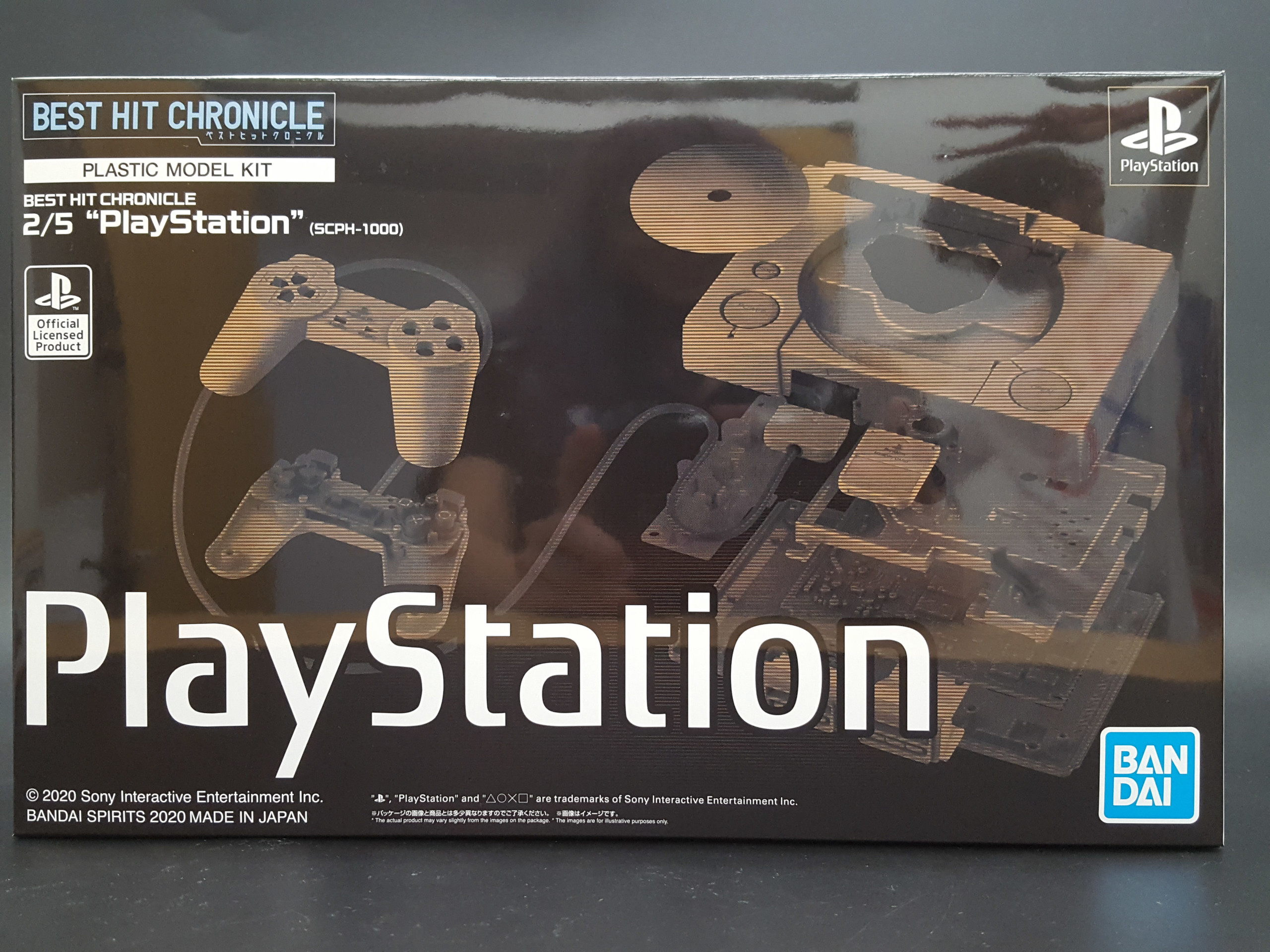 The first of Bandai’s new line of video game console model kits are in: the Best Hit Chronicle PlayStation. (The Sega Saturn is here, too, but we’ll cover that one a little later). The Best Hit Chronicle is, we assume, a line of model kits that build up classic video game consoles 2/5 scale, a scale that’s a little jarring to see! But considering the size of the real items, it makes sense that we wouldn’t have a 1/? scale item… unless we eventually get something in 1/1 scale.

The PlayStation — the very first of the line — first released in 1994 and took the world of video games to the next level. Its 3D graphics were unprecedented at the time, something that even the Nintendo 64 couldn’t really hold a candle to (and I, myself, am a huge N64 fan)!

The console was known for hits like the Final Fantasy series, Spyro, Crash Bandicoot, and many more titles which have become some of the most beloved franchises among gamers worldwide.

So let’s go back to 1994 and relive the PlayStation through this miniature model kit. But first: 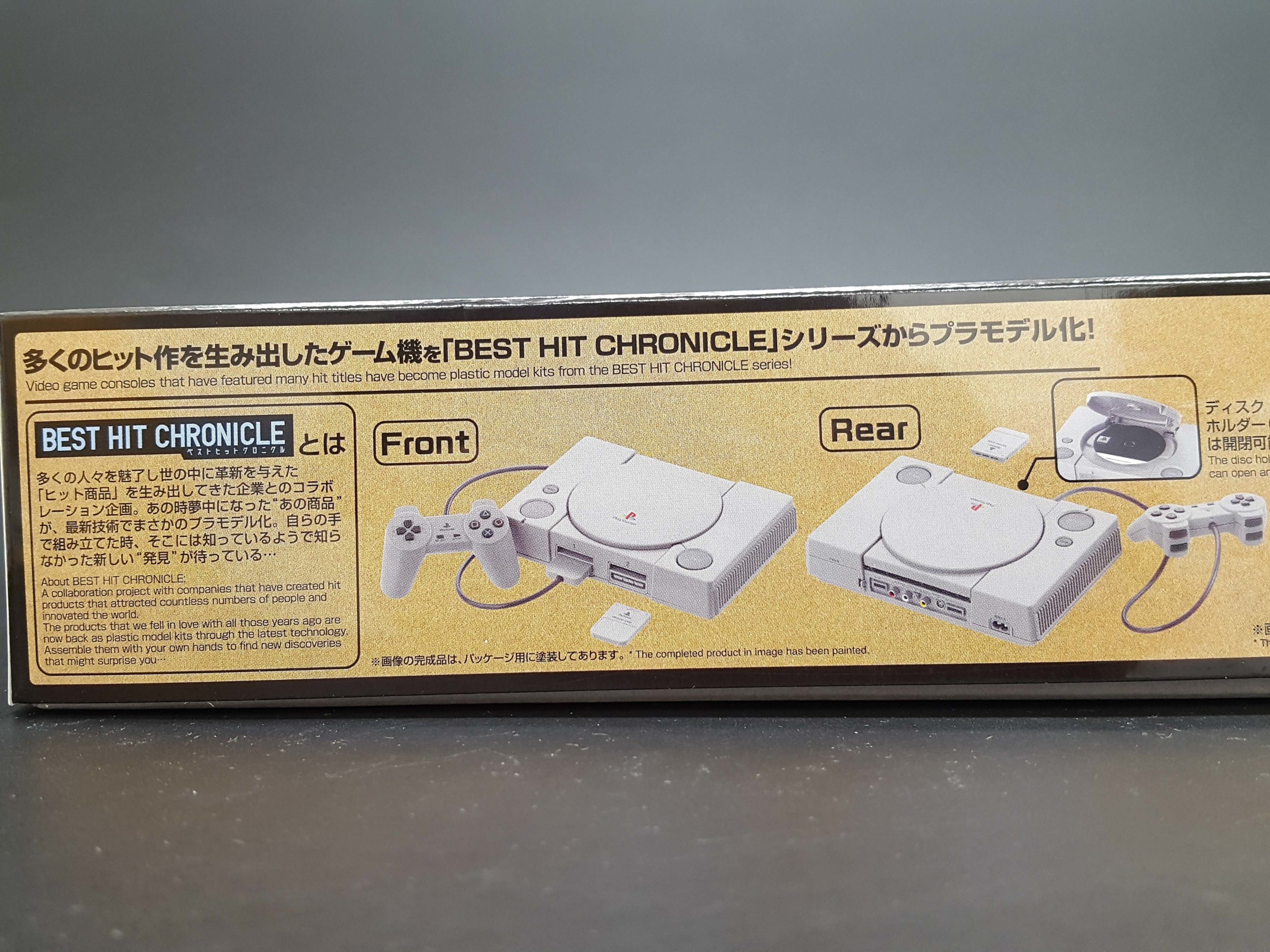 There’s not a whole lot to see here. Just the completed console, front and rear. 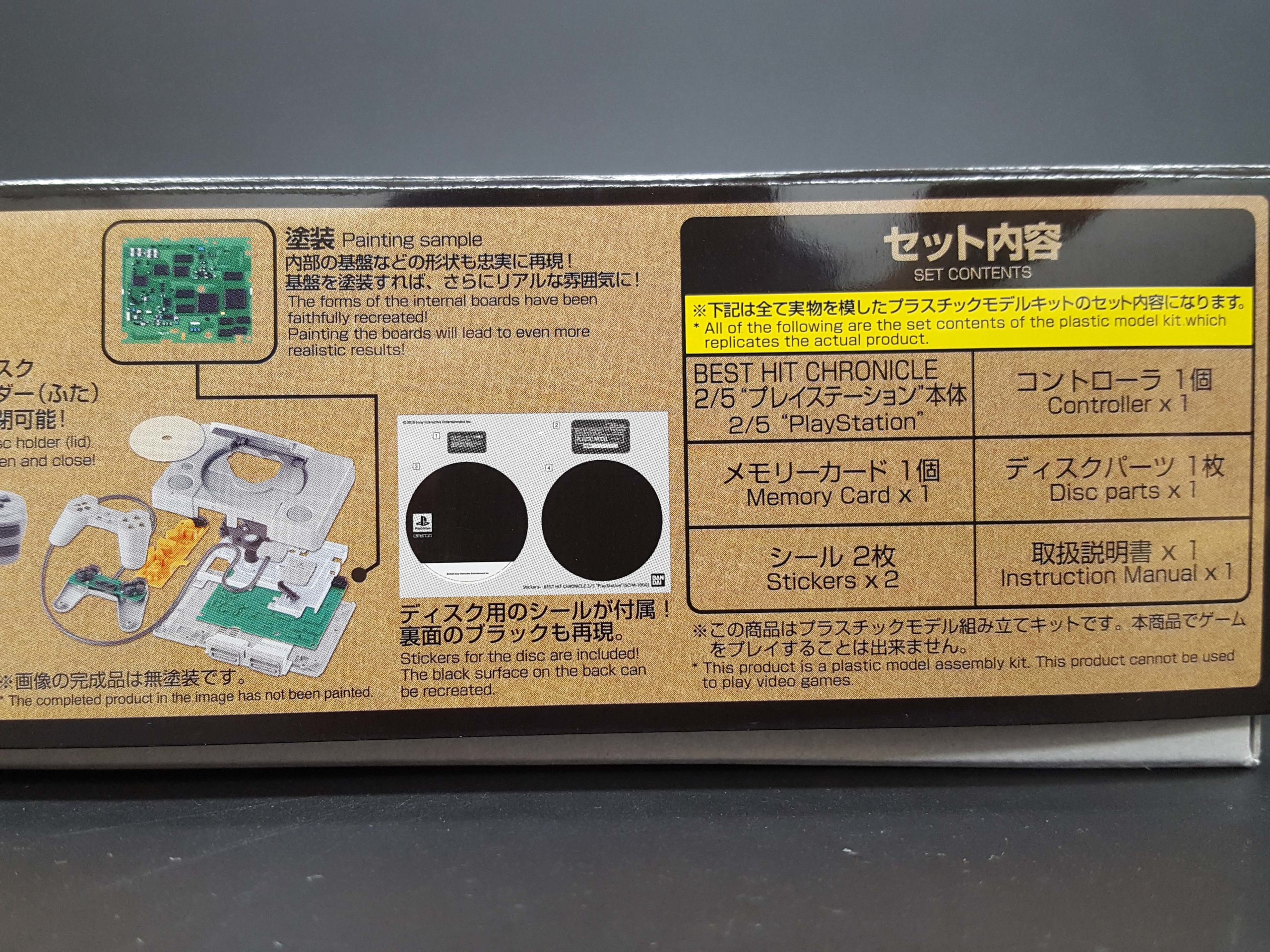 Bandai shows a breakdown of the inner and outer parts of the kit — you’re going to have circuit boards and all that tucked away inside when it’s finished.

I love the style of the what’s included table on the right; it looks just like what you’d see on a video game case for the specs. As you can see, not only do you get the console, but a controller, game disc, and memory card! 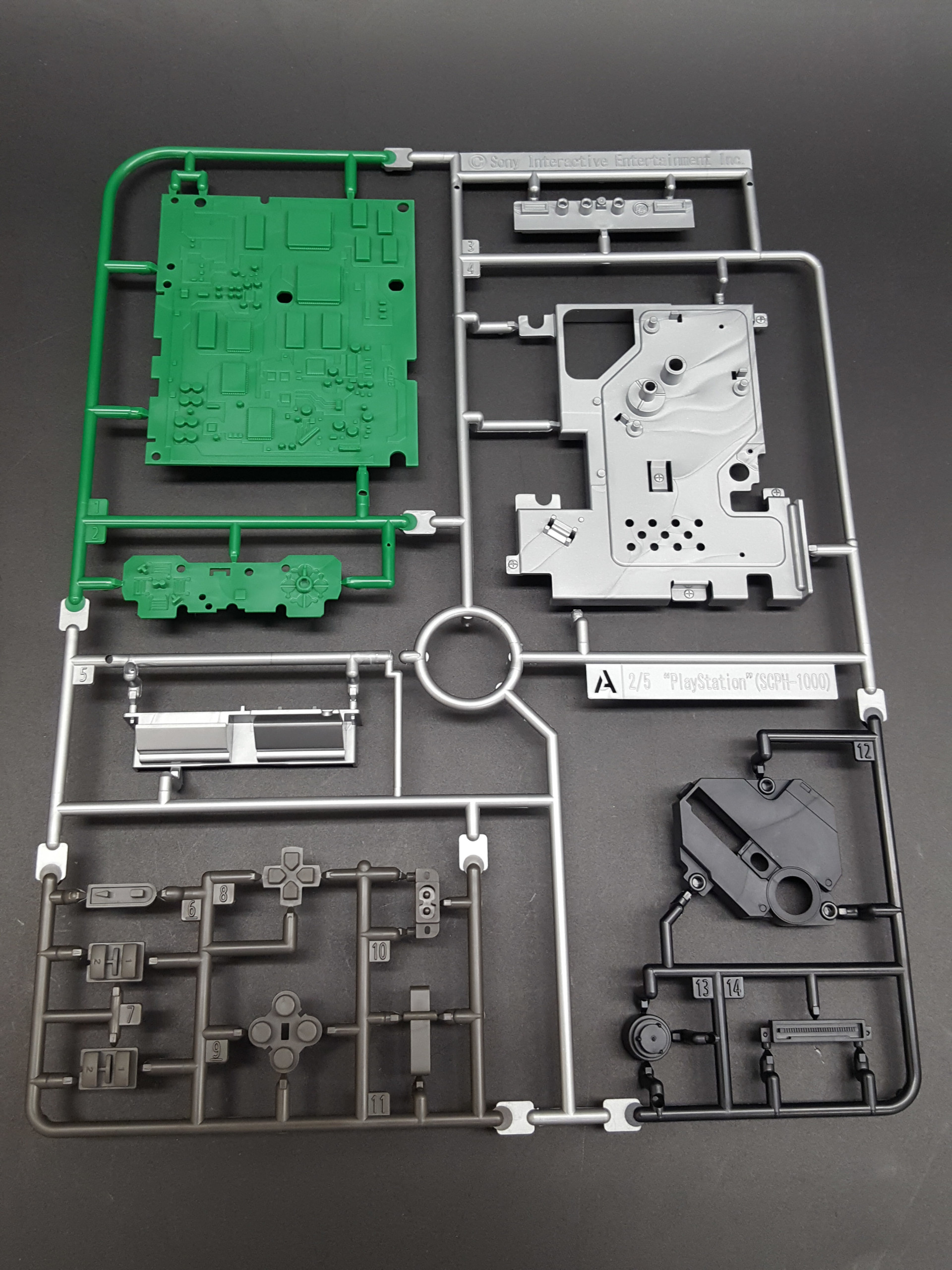 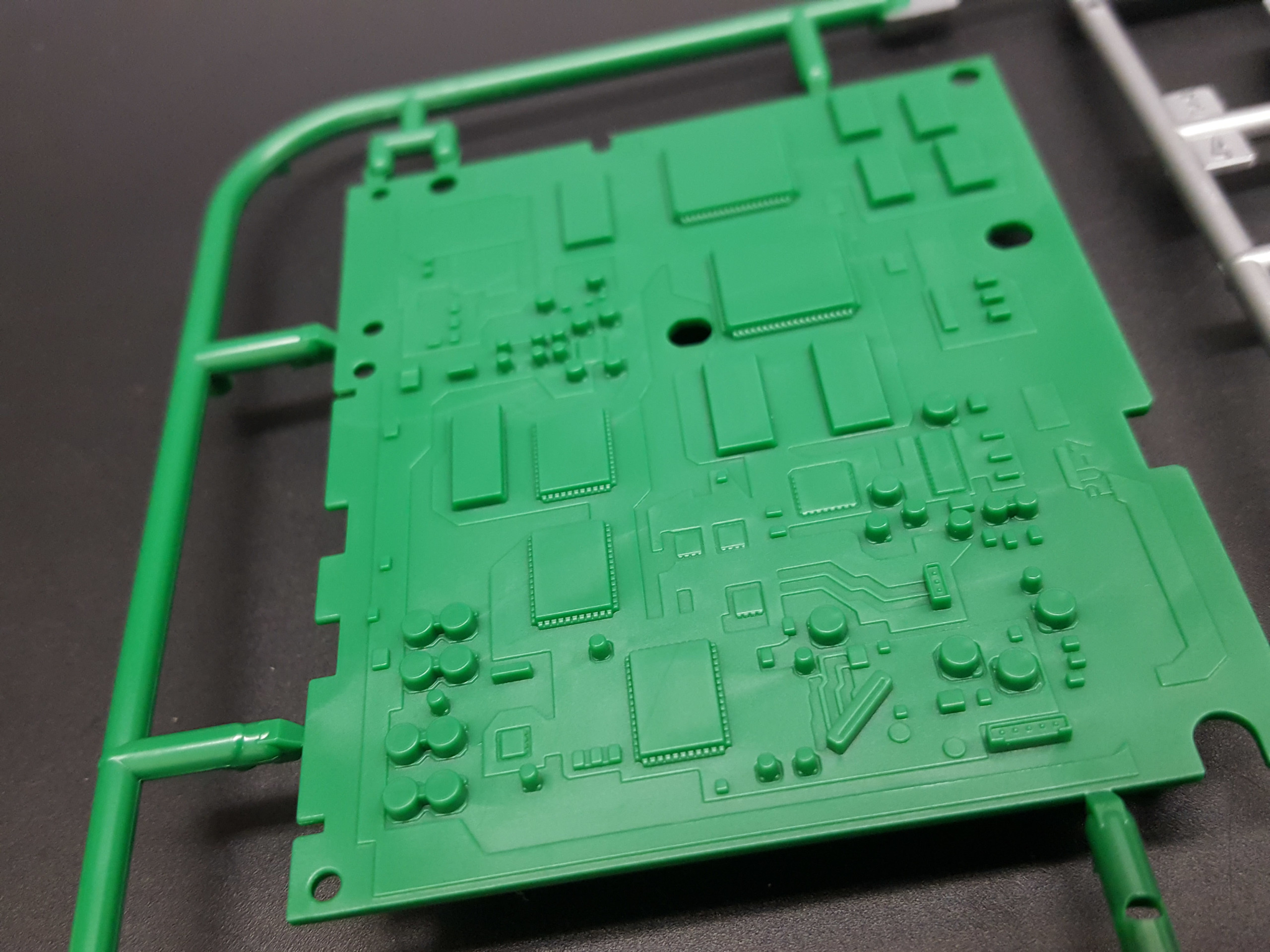 Circuit board ahoy. This is going to need some paint if you want detail — but youre not going to be seeing it once the kit is finished… So it’s up to you. 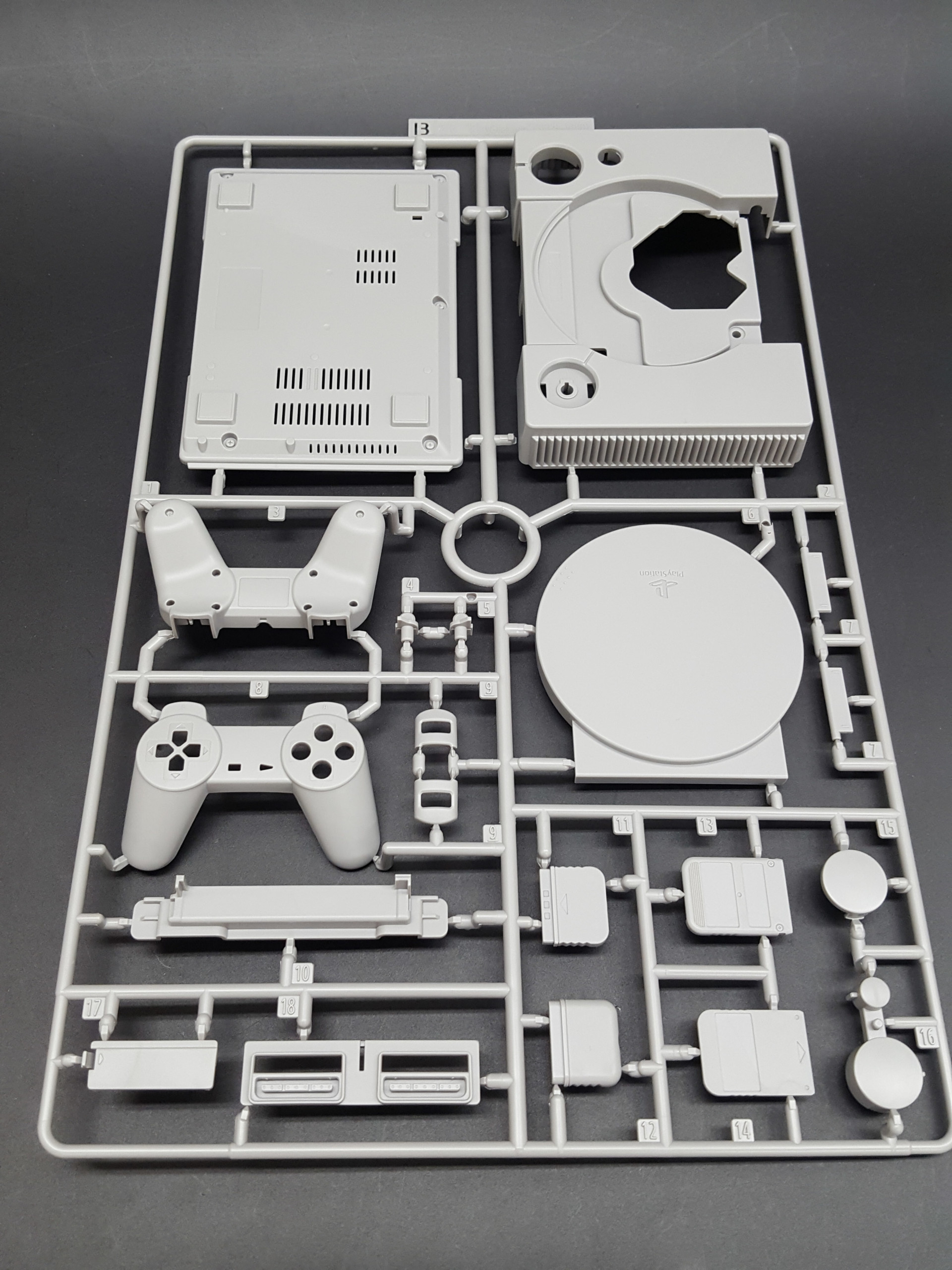 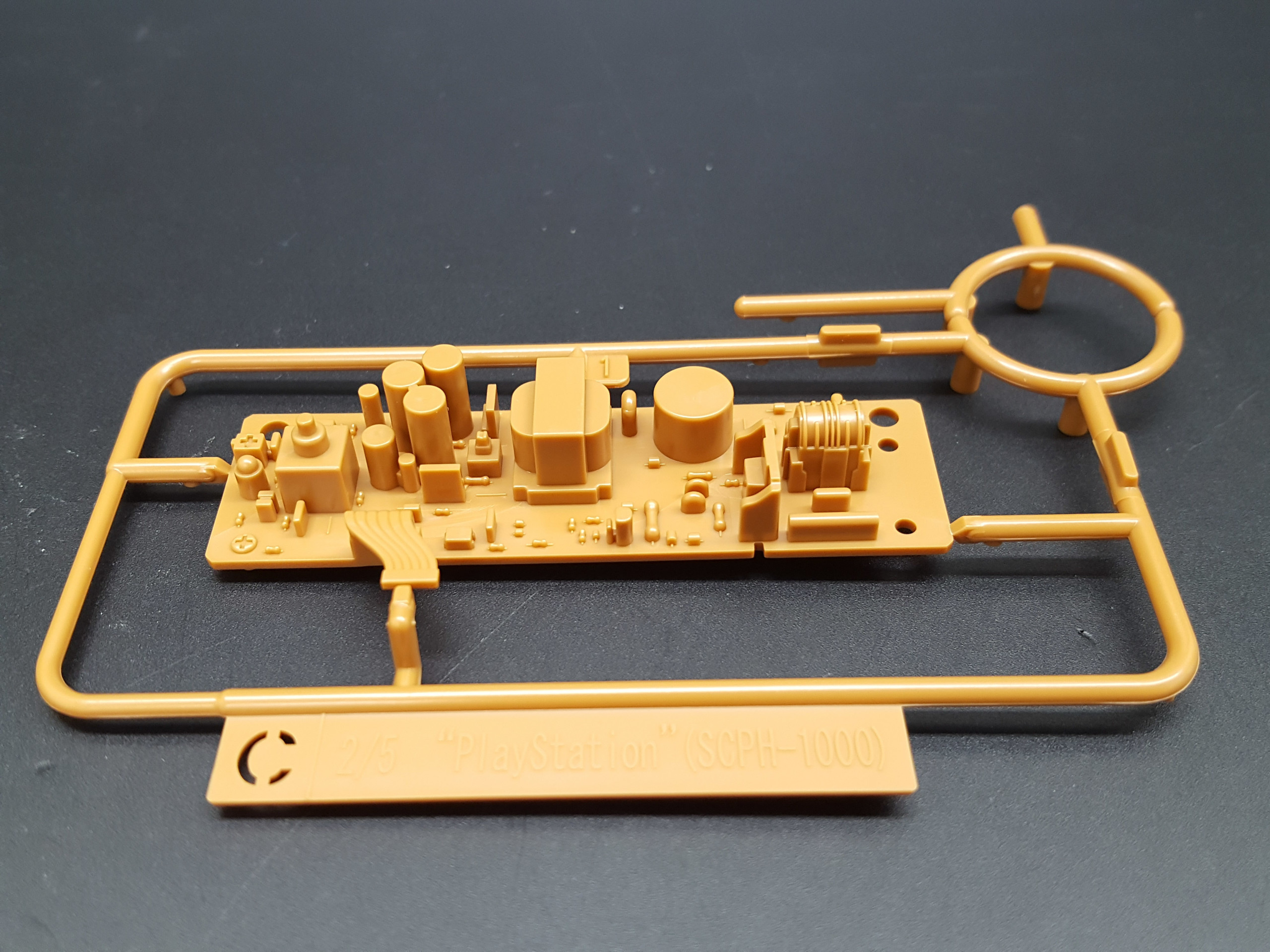 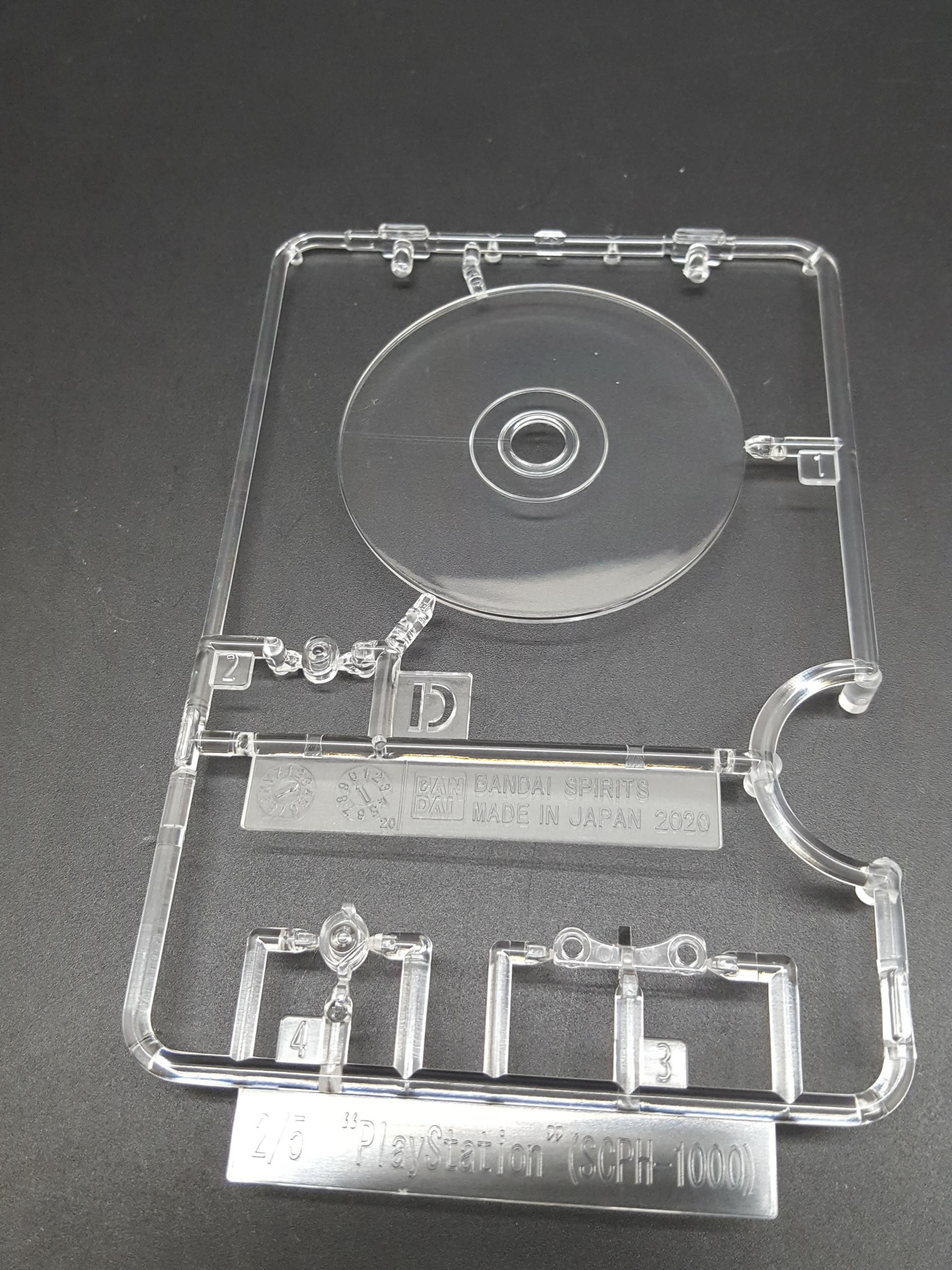 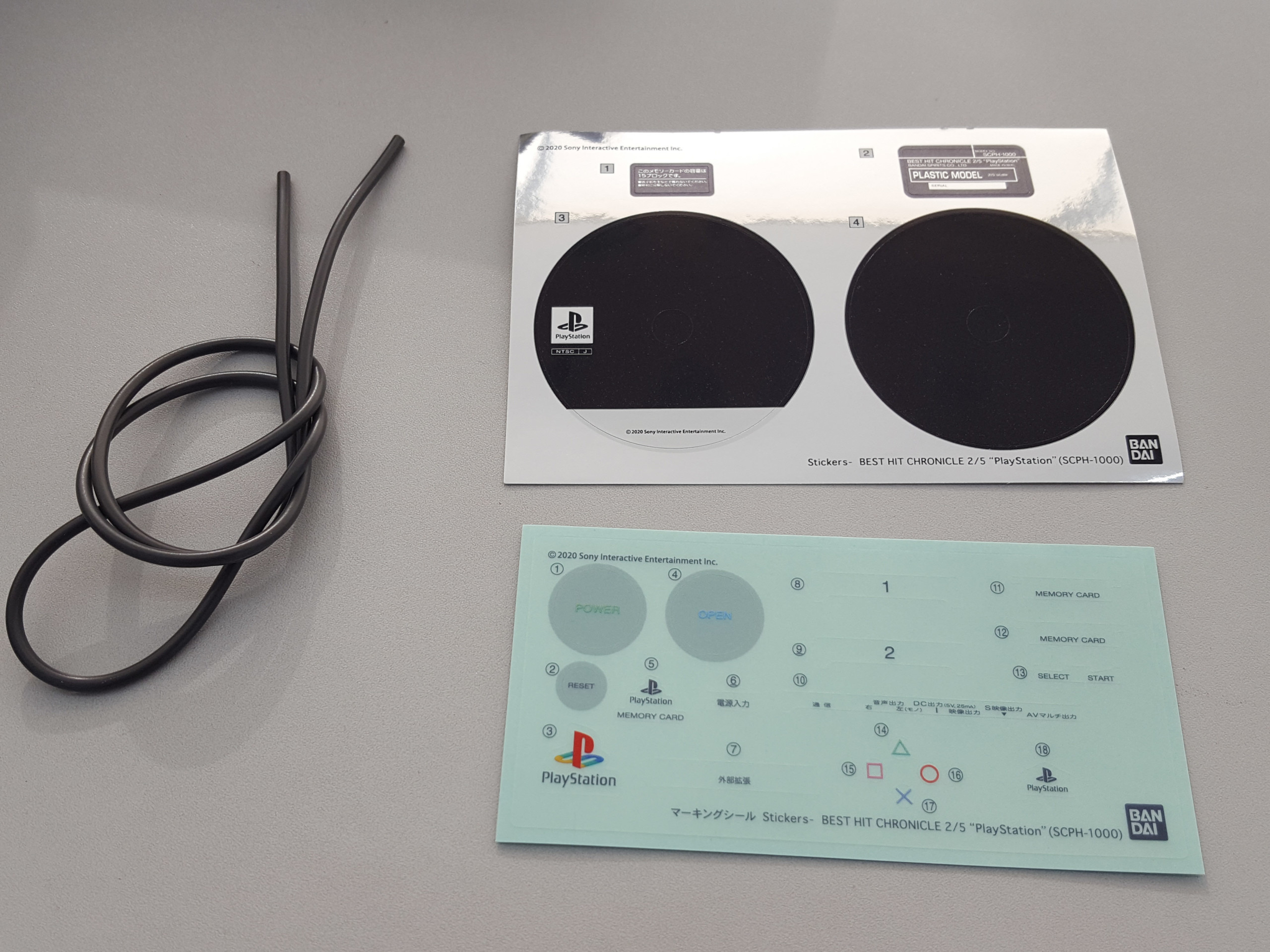 Now, the Sega Saturn kit comes with stickers to replicate a few popular titles’ discs, but this one does not. Licensing, maybe? We don’t know why — you may just have to try printing your own if you want a specific game in your completed console!