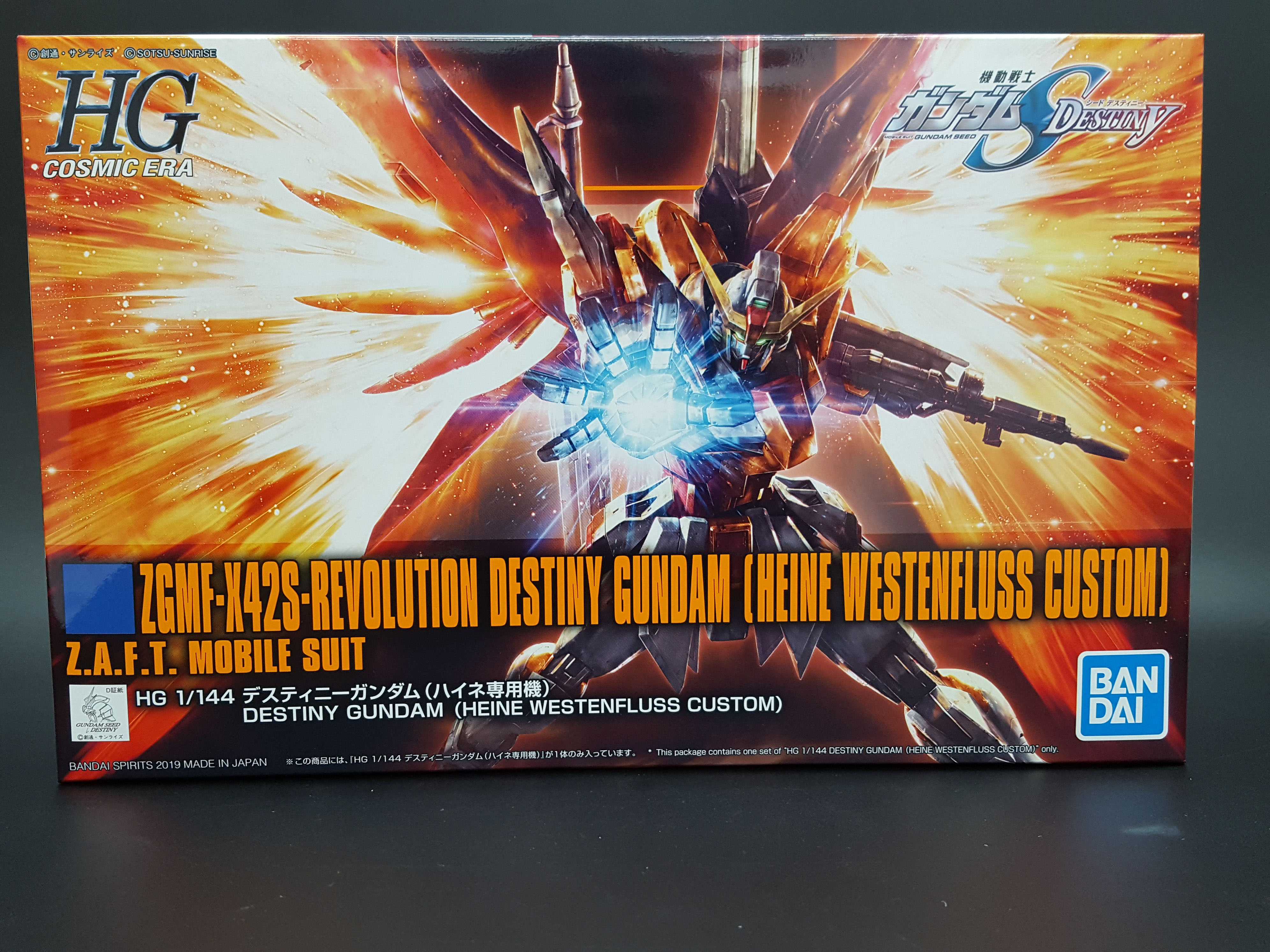 The Gunpla of the week is the new Destiny Gundam in Heine Westenfluss colors — that is, orange and more orange. We’ve recently taken a look at the kit that this kit is based on, the regular Destiny Gundam with a blue and white color scheme and pink effect parts. Much of this unboxing is going to be just like that kit, so we’ll keep it brief and stick to the main differences. 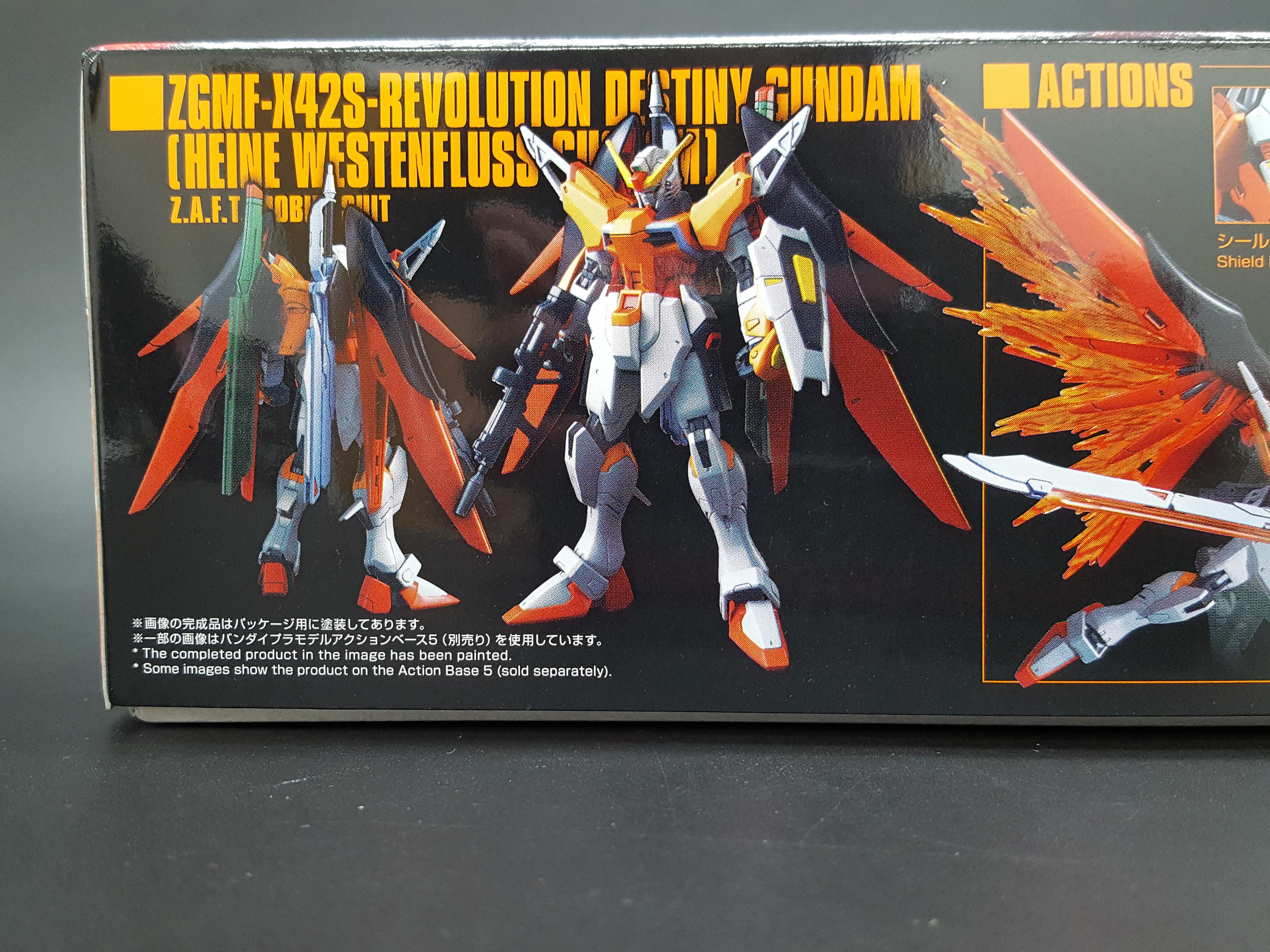 This shot is exactly the same as the previous release; you get a look at the completed kit, front and back, with some paint. 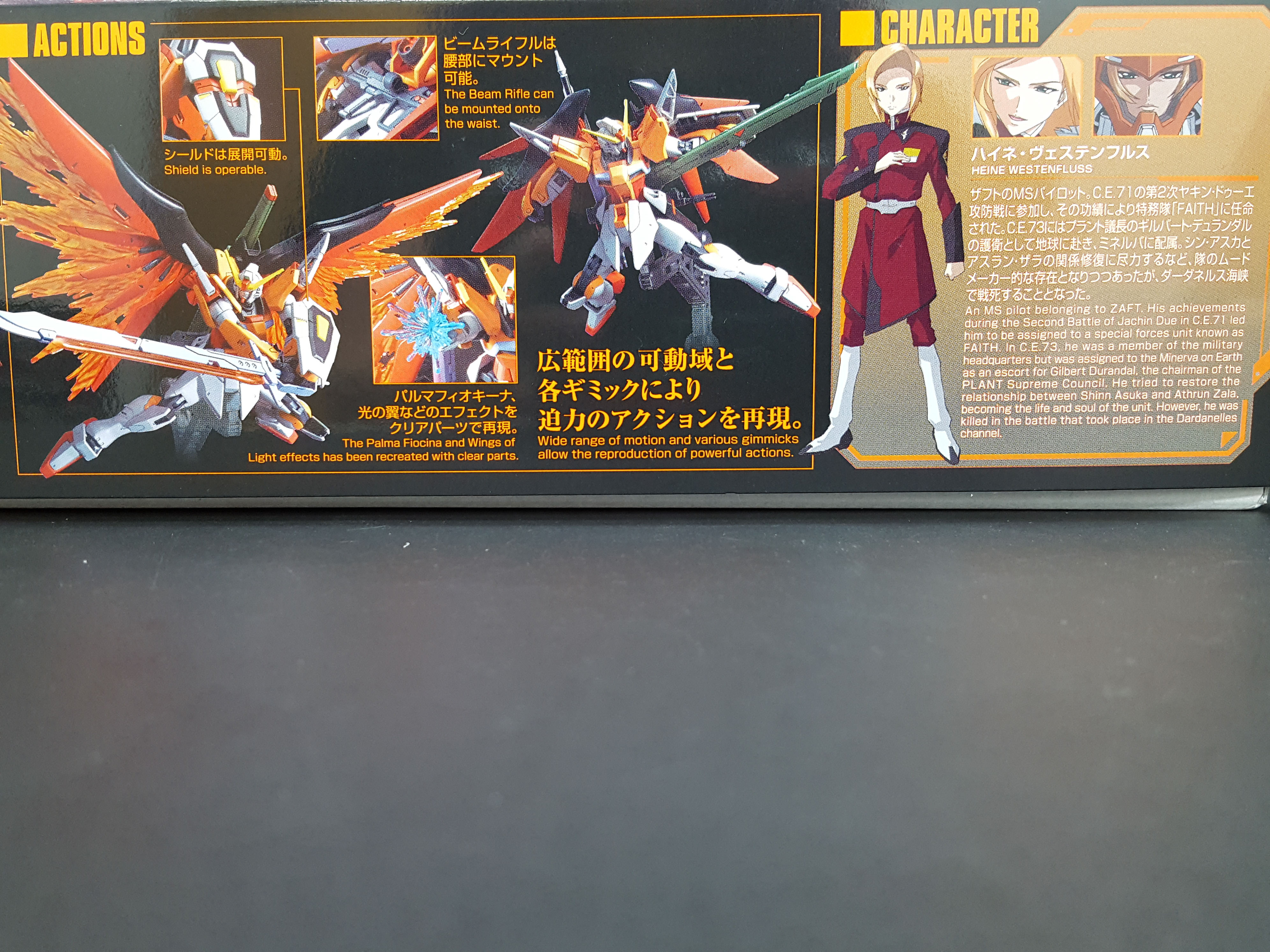 Most of this section is the same, too, showing off the gimmicks. What you get in addition on this box, though, is a character profile of the pilot of this version! 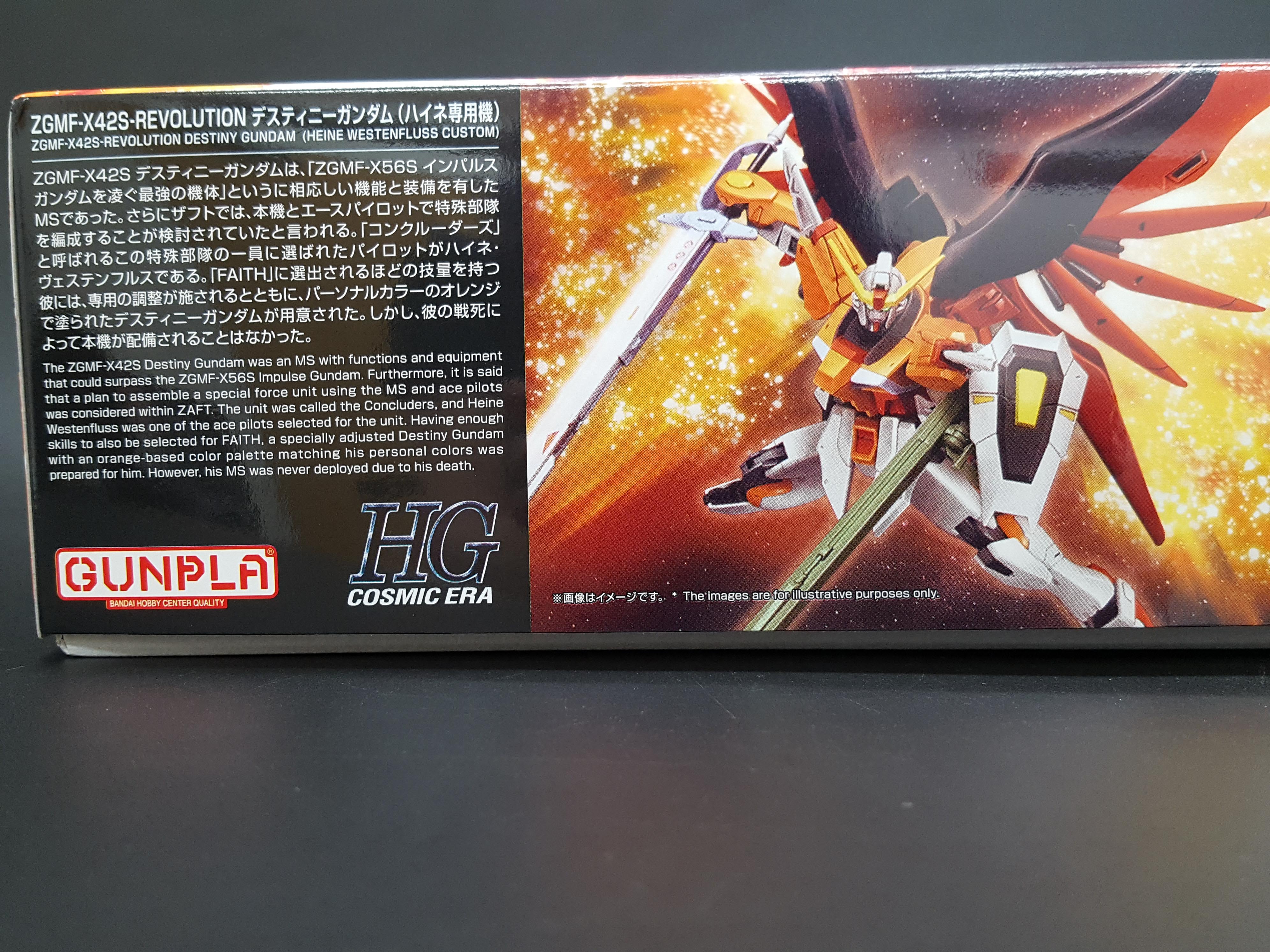 Of course, we have a little variety here, too, with a brief history of the Destiny Gundam. 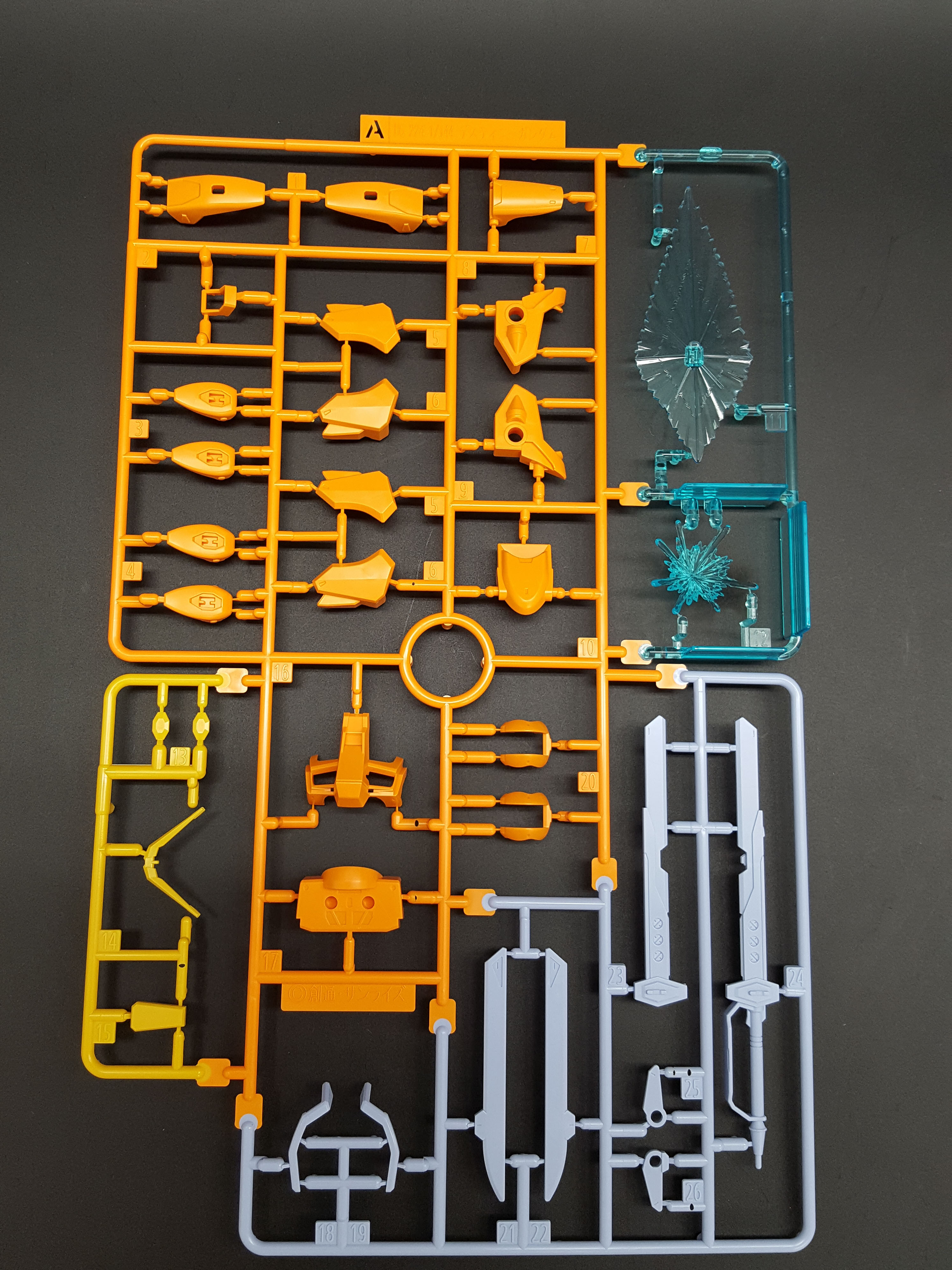 A: Orange, yellow, dusty purple, clear blue. Among these parts everything but the clear blue is recolored from the original kit. 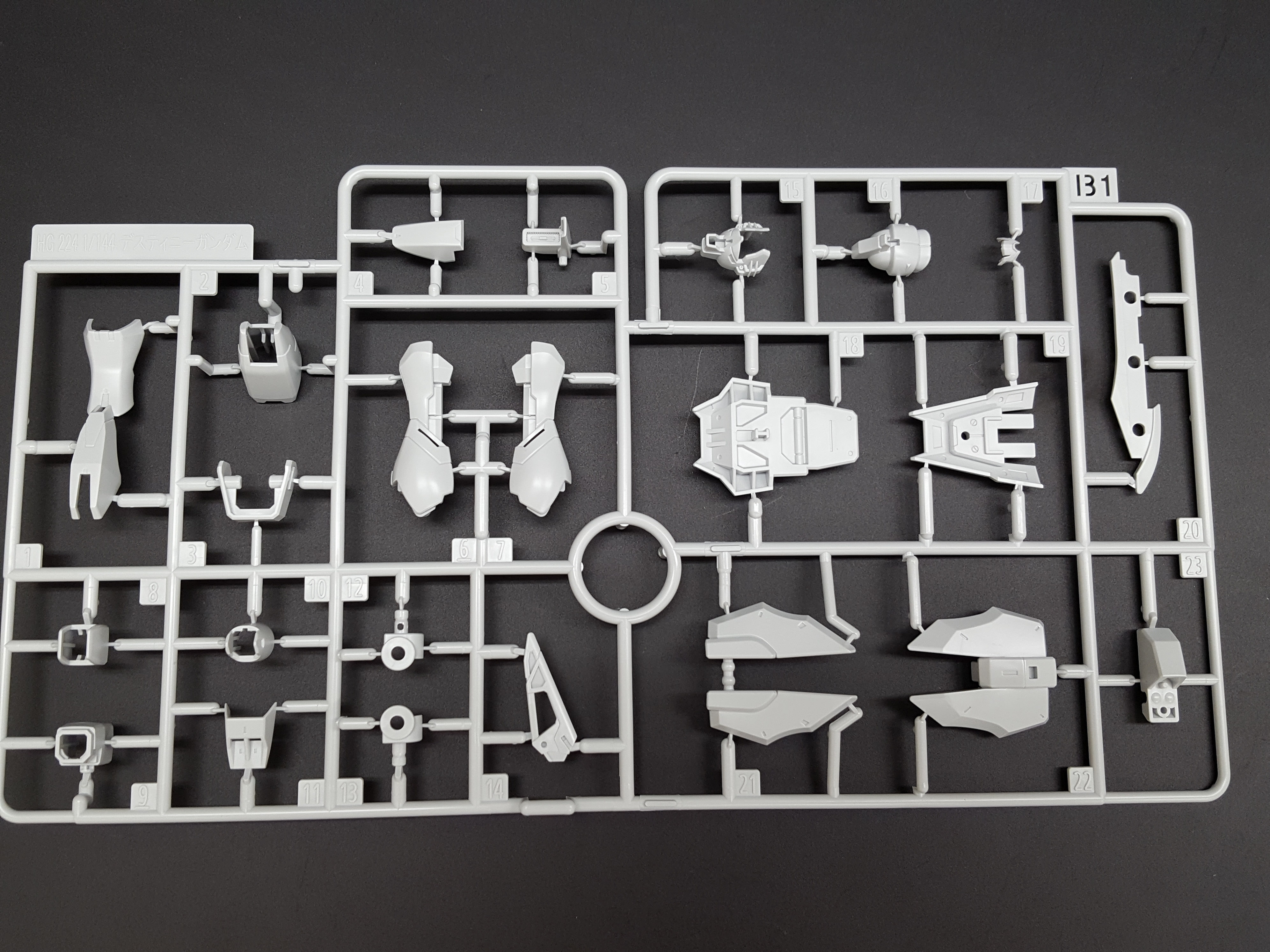 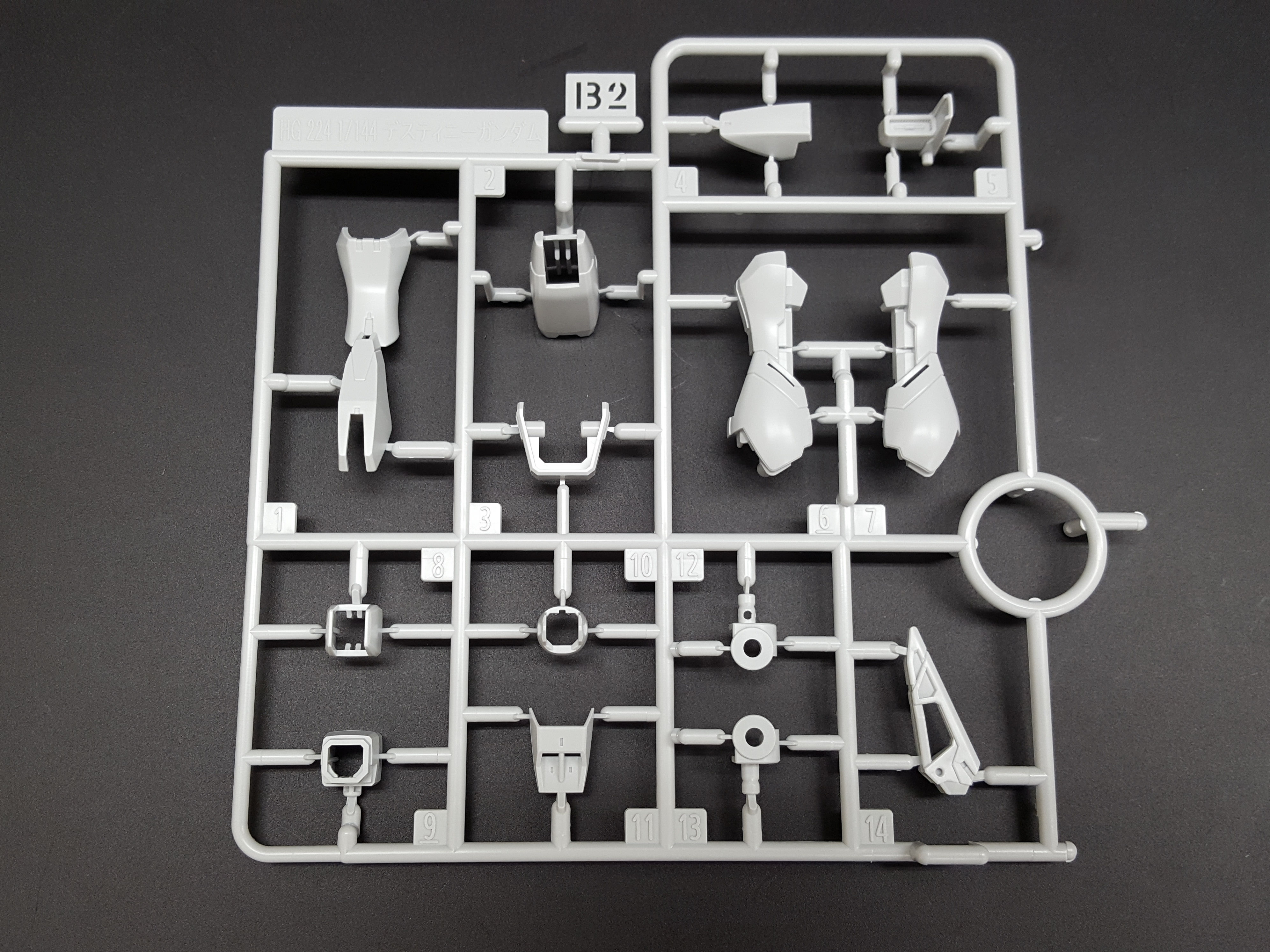 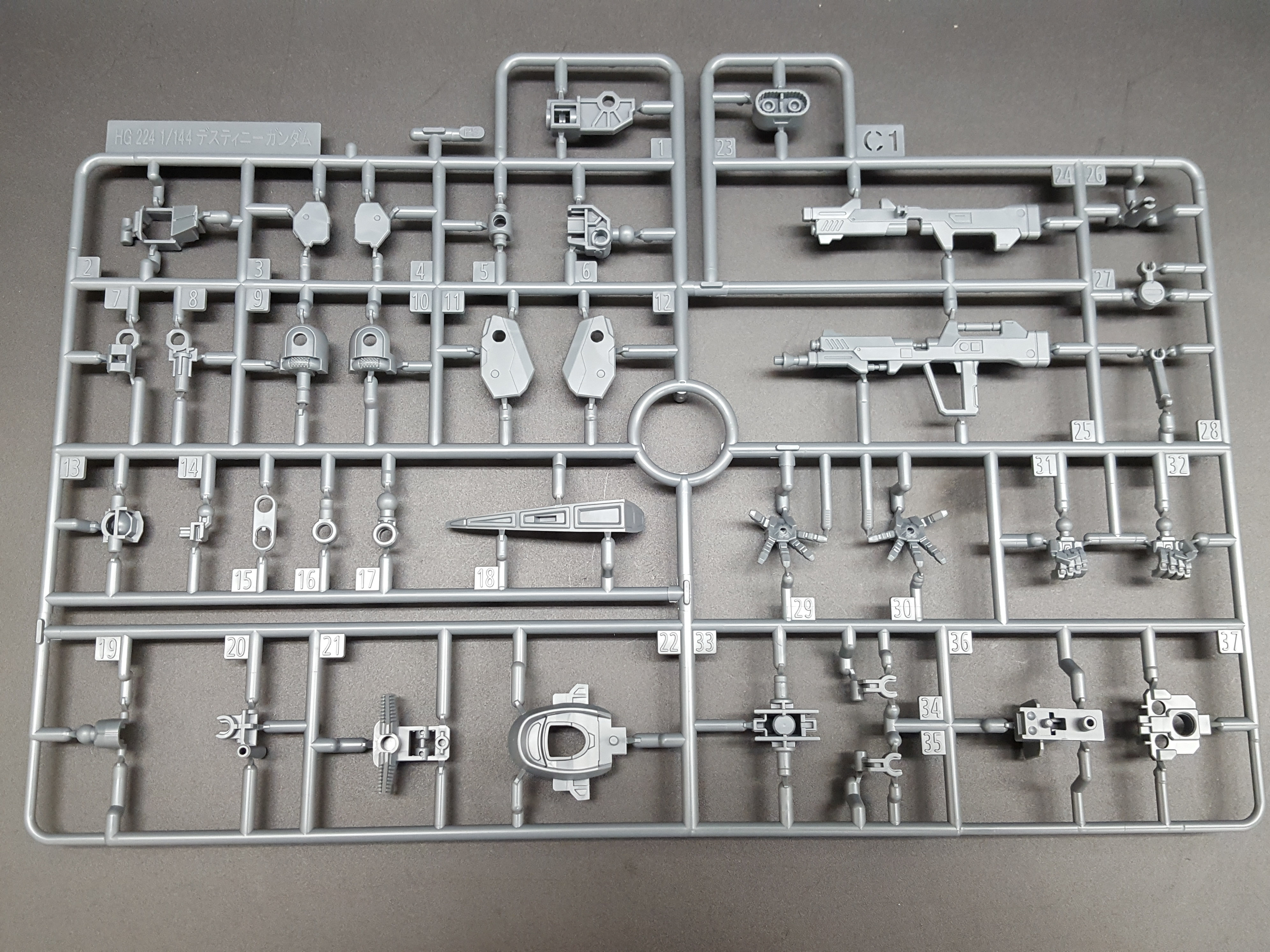 D1: Grey — the original kit has a black runner here instead And the miscellany: polycaps and foil stickers.