Taking on any sort of high-profile convention can be a daunting task, especially one as big as Tokyo Game Show 2018 – Japan’s premier gaming exhibition. Developers from far and wide gather to show off their latest and greatest offerings to the gaming world. It can be a lot to take in- but don’t fret! We’ve got you covered.

As soon as I entered the exhibition hall, I knew that my first priority would be to find one of the biggest games, and grab my ticket that would ultimately allow me to get my hands on it. This year, I chose Biohazard: RE2, Capcom’s remake of their PS1 classic Resident Evil 2 (known as Biohazard 2 in Japan). I am a huge fan of the original, with many fond memories staying up late into the night as a kid, desperately searching for ammunition in order to dispatch my undead foes and solving engaging puzzles.

I am happy to report that, from what I played, this is more than a simple 1:1 remake. Biohazard: RE2 feels like a love letter to Resident Evil fans. Featuring a fresh, baby-faced Leon Kennedy and Claire Redfield, rendered beautifully in the same engine used for last year’s wildly popular RE7, you will find yourself slowly creeping down dark hallways, scrounging for ammo and solving classic puzzles, all with a modern polish. The 3rd person shooting feels reminiscent of RE4’s combat in all the best ways, while the game world interactivity, inventory management, and puzzle solving mechanics felt very inspired by Resident Evil 7. Overall, I’m happy to report that one of my favorite franchises is in a great place! I can’t wait to get my hands on the full release January 25th. 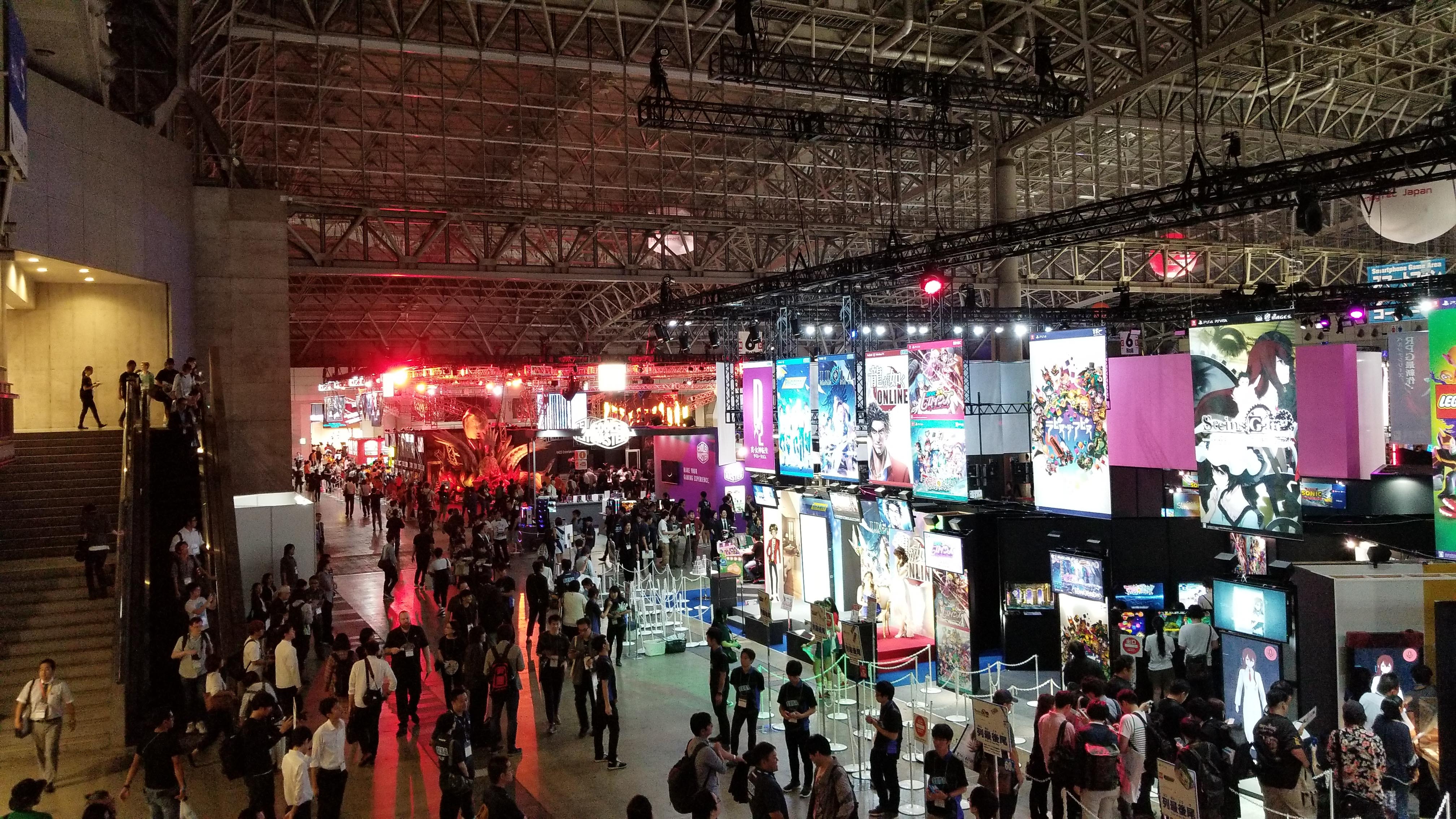 Moving on from Capcom’s offerings, I made my way over to Sony’s breathtaking booth. I was practically salivating watching another patron play From Soft’s Sekiro: Shadows Die Twice, however, I was unable to get myself a spot in line, so I decided to check out the PSVR offerings instead.

Another anxious wait in line later, I found myself immersed in the VR rhythm game Beat Saber. Do you like music games a la Dance Dance Revolution or Thumper? Do you like light sabers? Then you will absolutely dig Beat Saber. This is a game that has been out on other VR platforms for a while, so I won’t dwell on it for too long, but the fast and frantic rhythm based gameplay had me hooked. Some technical difficulties (that I suspect were, in part, due to my freakishly tall stature) plagued my play session, as my controllers de-synced several times during the demo. While slightly disappointing, it ultimately did little to hamper the fun. If you own a PSVR, you owe it to yourself to check out Beat Saber.

Of course, any proud gaming fan would be remiss to visit TGS without checking out the indie scene. I was fortunate enough to have a brief chat with a representative from Nicalis, a US-based games publisher, showing off Blade Strangers, an indie fighting game featuring breakout characters from other indie hits like Shovel Knight and Isaac from The Binding of Isaac. While a 2D fighter, Blade Strangers’ gameplay borrows heavily from Super Smash Bros. Rather than focusing on complicated button combinations, moves are performed by holding down a directional button plus a face button. This ensures a fun time for everyone, regardless of skill level, but still provides depth for those who crave it.

I played as my boy Shovel Knight. He has some awesome special moves plucked straight from his own game, such as an infinidagger dash, as well as a launcher move that has Shovel Knight scooping up gems while also throwing his opponent up in the air with style. I played Blade Strangers running on Nintendo Switch, and I’m pleased to say it runs and plays great! If you’re looking for a stress free fighter to play with friends, look no further than Blade Strangers.

Finally, I couldn’t leave without checking out Earth Defense Force 5, the latest in the cult classic Japanese franchise that has more recently began cultivating a presence in the west. Admittedly, EDF5 plays a lot like previous games in the series, but that’s not necessarily a bad thing.

My time with the game was short, yet ultimately very sweet. I chose to play as the Ranger and hopped right into the action, fending off swarms of giant ant-like aliens from a military base, chanting “EDF! EDF!” internally the whole time through. The addictive, arcade style action is still fully intact, however I definitely noticed that the game as a whole controlled a lot smoother than I remember previous entries being. EDF has never been easy on the eyes, and unfortunately the latest offering doesn’t change that. At the end of the day, I’m just looking to blow up some aliens. Earth Defense Force 5 delivers on that front.

That about sums up my time at TGS 2018! Games were played, developers were chatted with, and booth babes were spotted. It’s great to see that Japan’s gaming scene is stronger than ever, and I can’t wait to see what next year has in store for us. What about TGS 2018 has you excited? Let us know in the comments below!