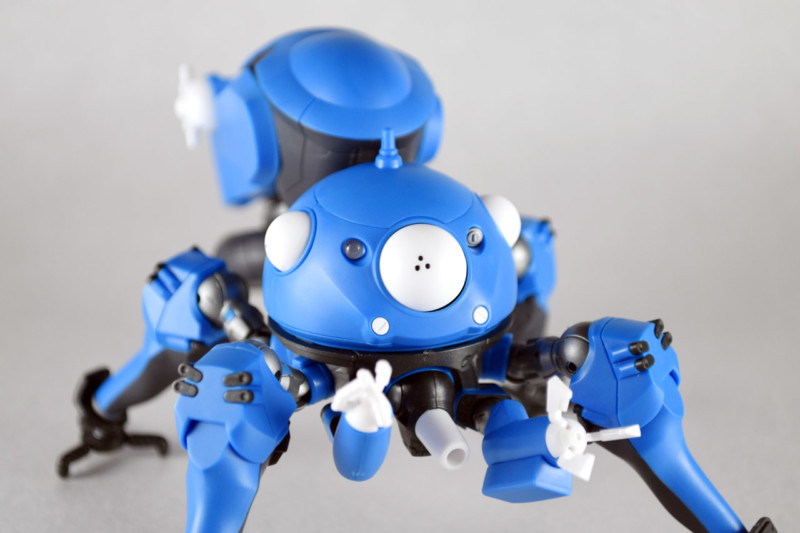 Following the unboxing, here is the review of the new Robot Damashii Tachikoma from Ghost in the Shell SAC_2045 on Netflix. 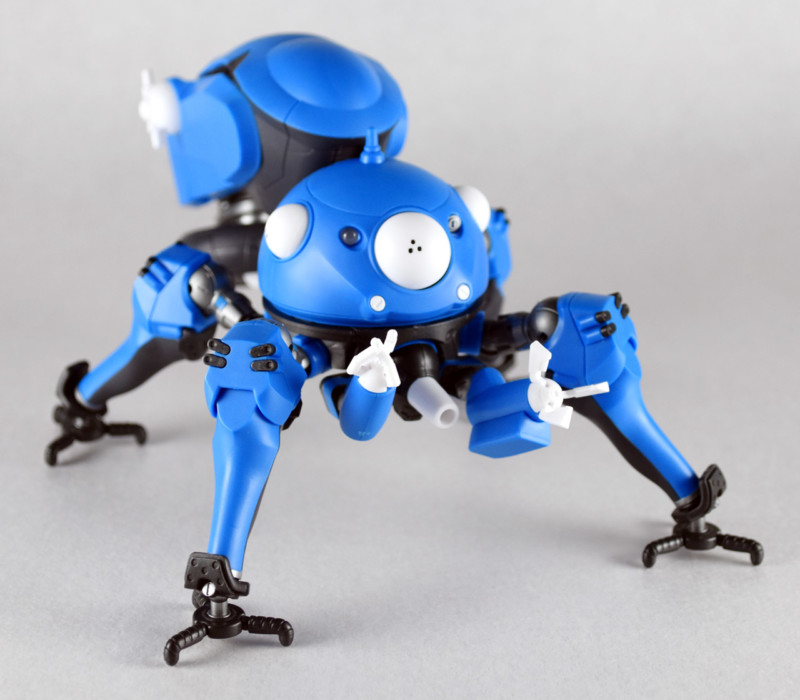 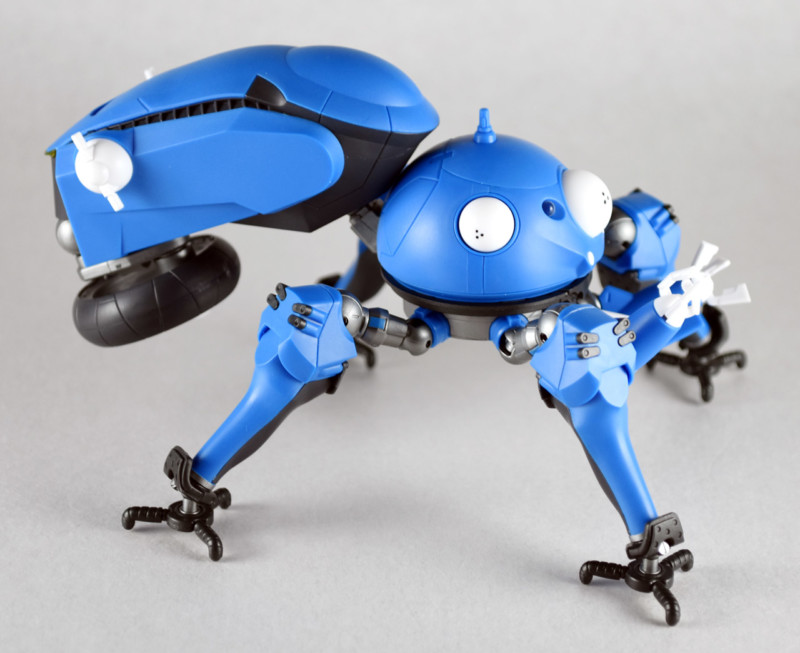 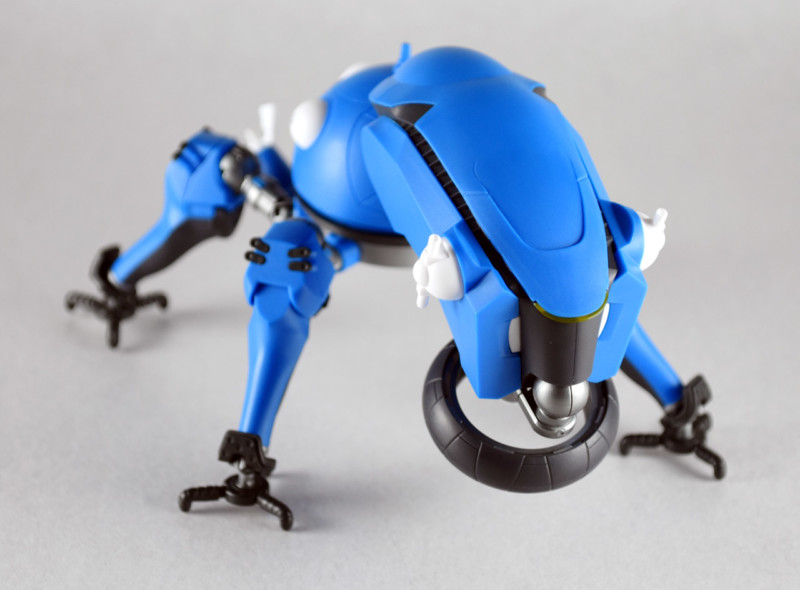 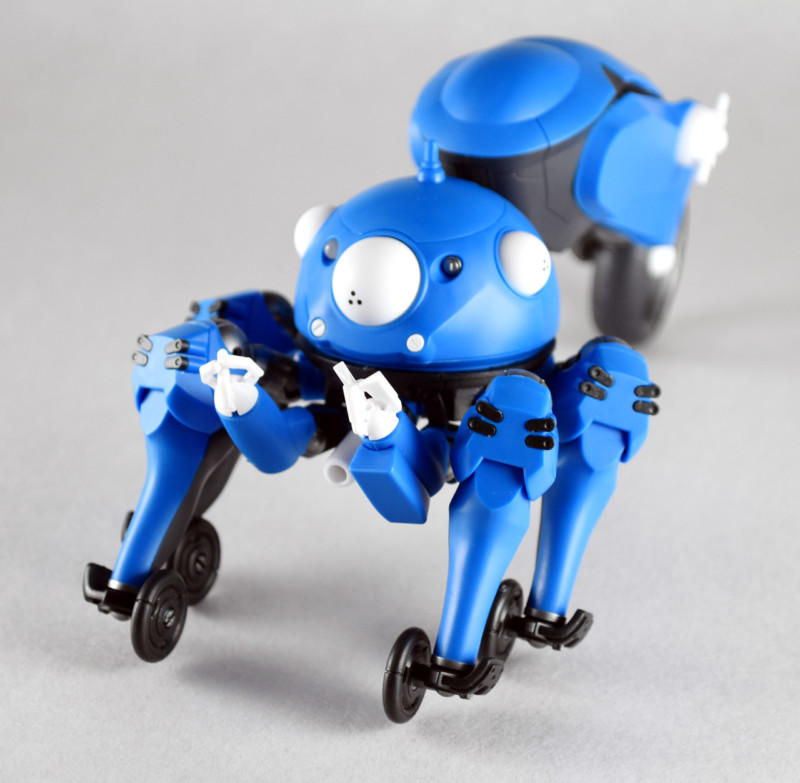 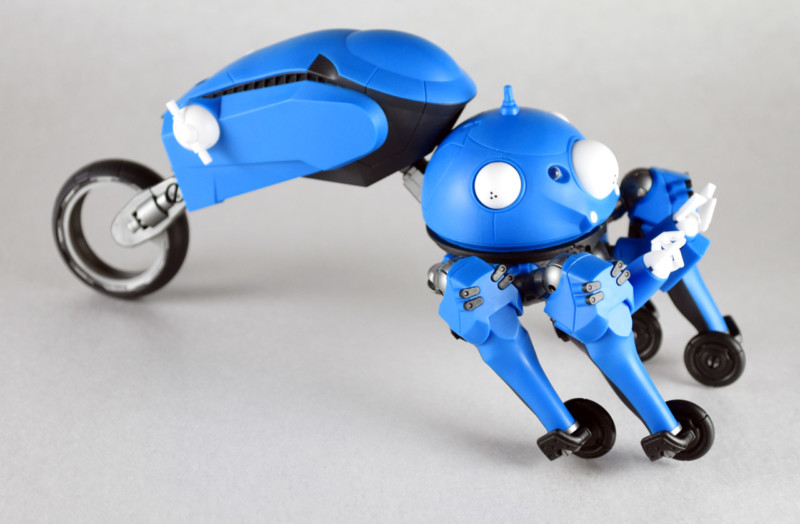 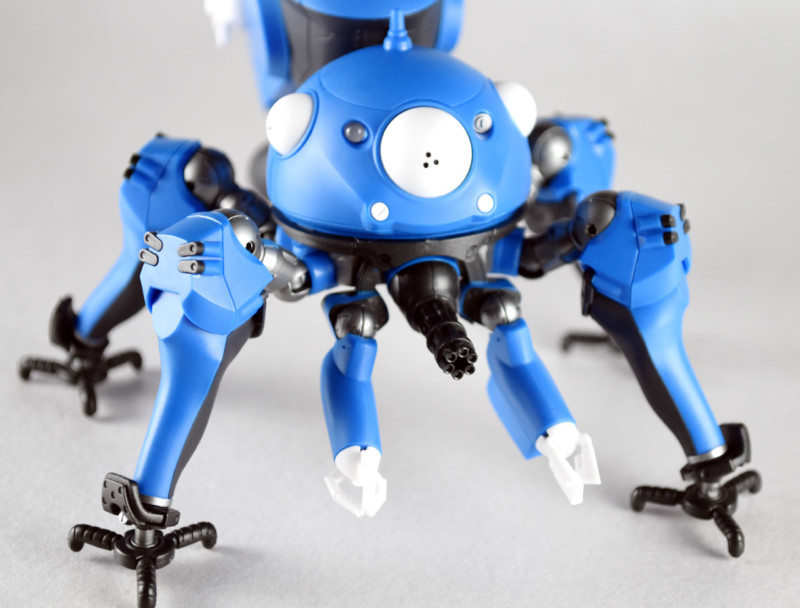 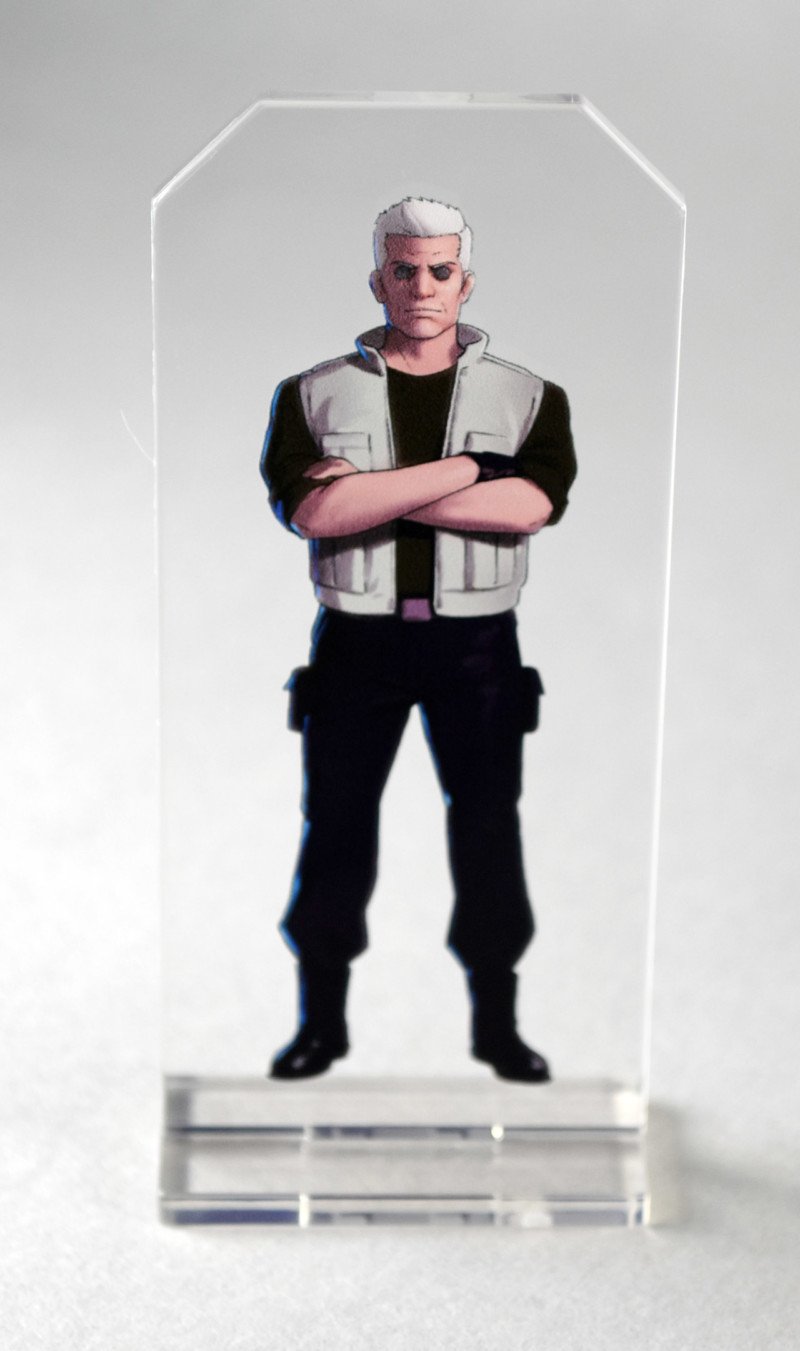 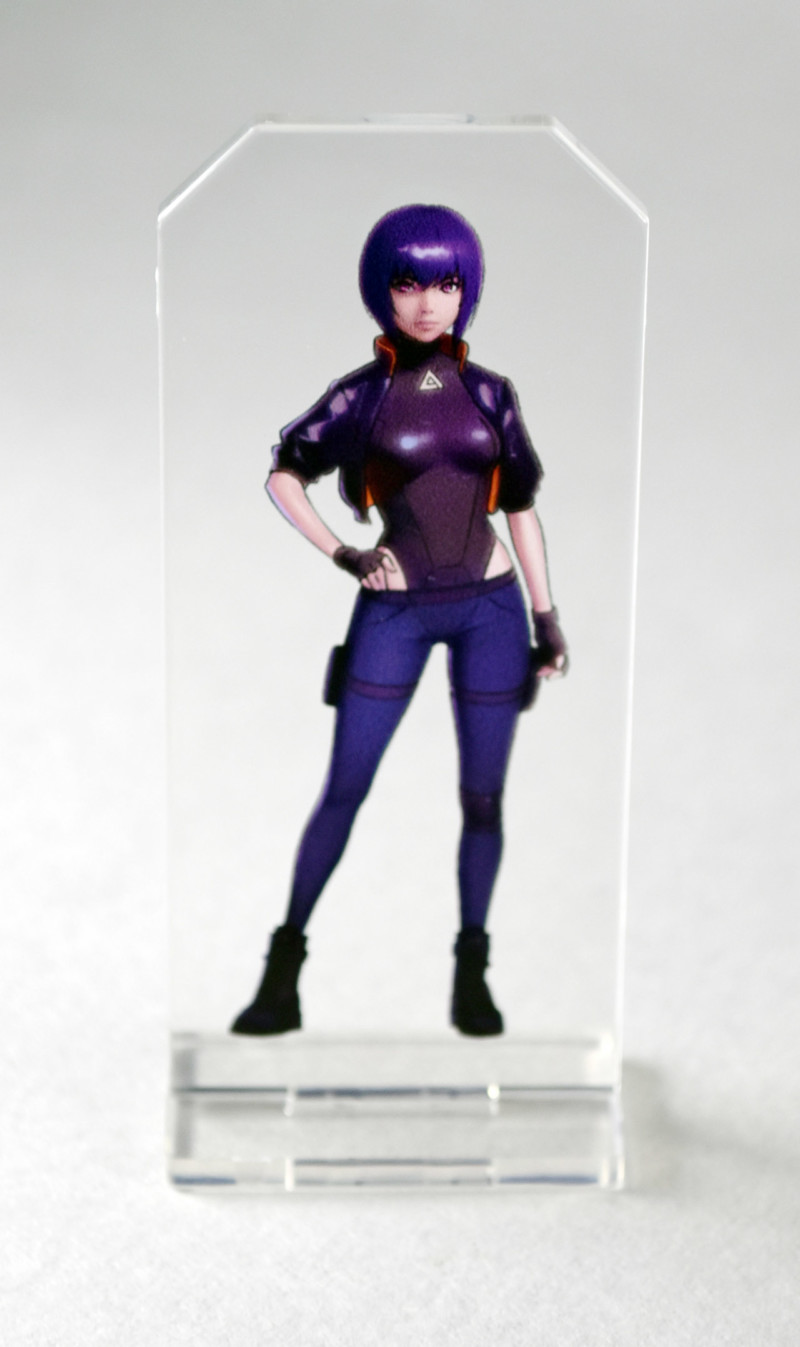 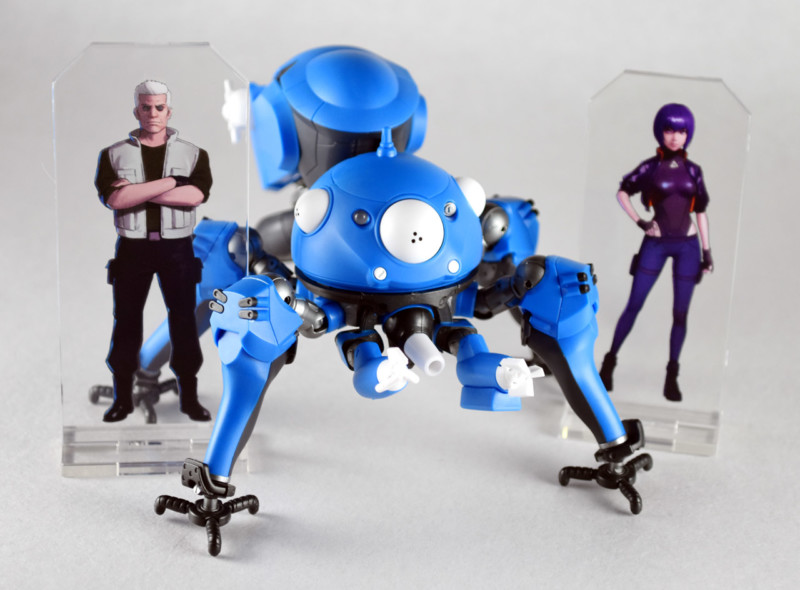 Bandai Spirits has really done a great job here. The articulation across the legs and feet is very thorough and the manipulators even move. You can also swap out the feet to wheels and lower the back wheel for “bike” mode.

The camera domes can also be moved and you can equip the gatling gun as well.

The sculpt and paint job are also completely spot on and you have some nice to-scale character stand-ins of Bateau and the Major as penned by Ilya Kuvshinov.

While many loved the previous version of the Tachikomas from earlier installments of Stand Alone Complex, and Bandai Spirits will be making a Robot Damashii toy of that as well, this new SAC_2045 version is sleeker and a lot cooler.

Overall, this is a great Tachikoma toy and one all fans of Ghost in the Shell should pick up.