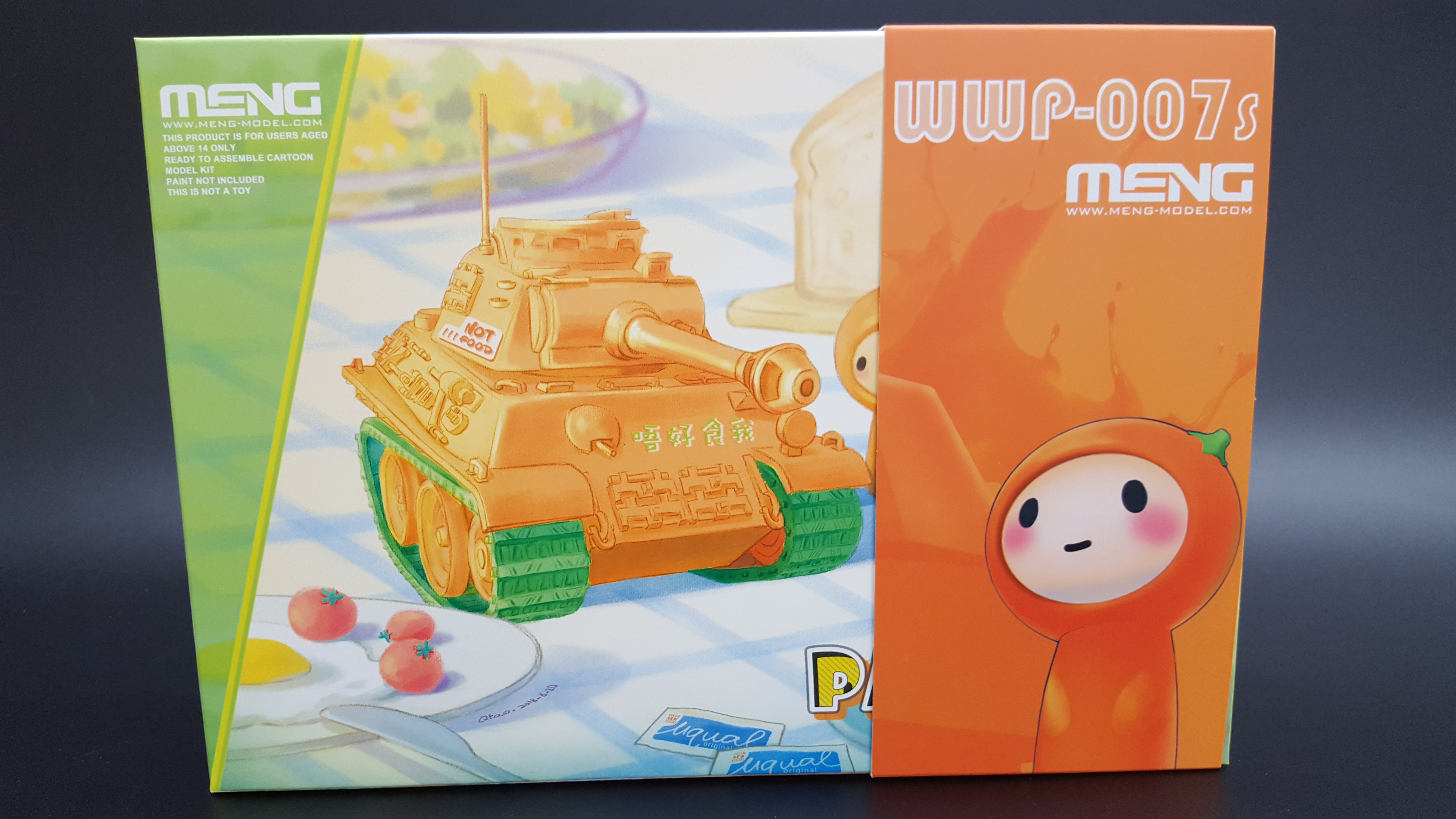 The original World War Toons orange panther was the third entry in the Pink lineup, and came out in September 2018. It followed the pink Sherman and mint green KV-2, and is the first in the line to feature a humanoid character in the box art (instead of a cuddly animal).

Meng has now re-released the orange panther (and the two other Pinky kits), this time with a crewman in an orange suit to match the box art. 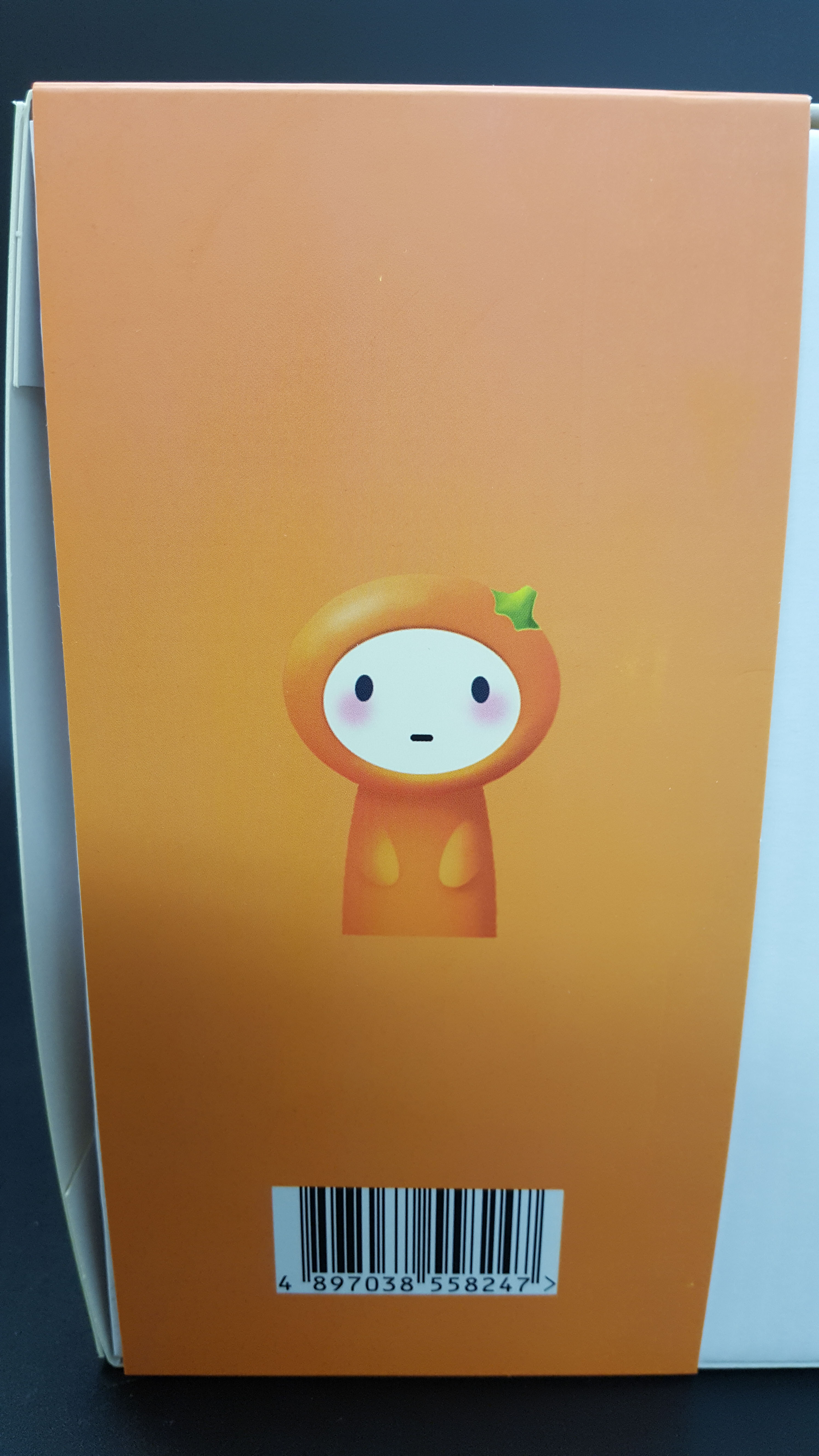 Though the box from both versions of this kit is the same, the new release includes a cardboard band (obi) around it with an illustration of the figure. Here’s our adorable crewman sporting an orange onesie. 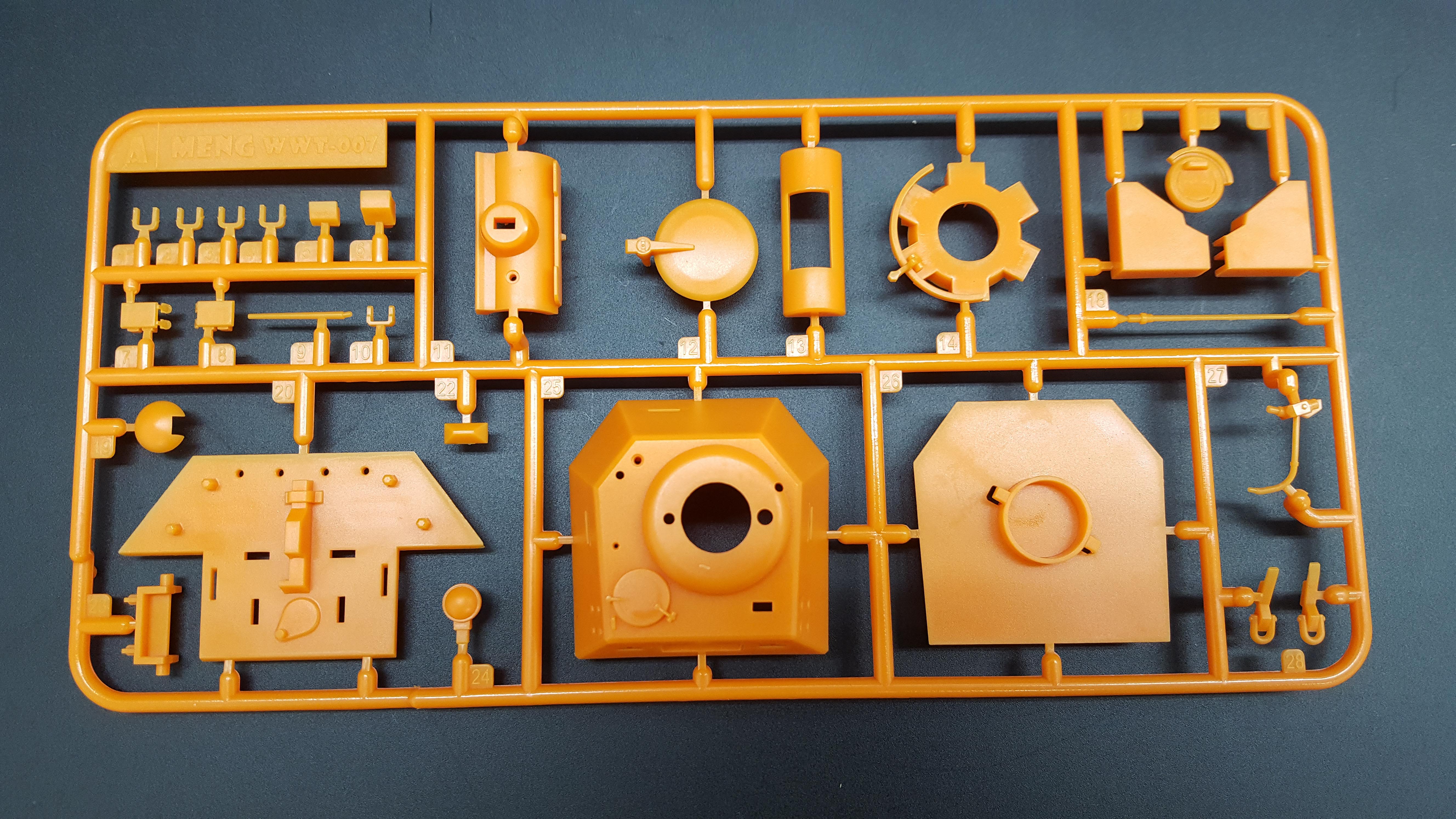 The tank parts are all molded in orange, of course. 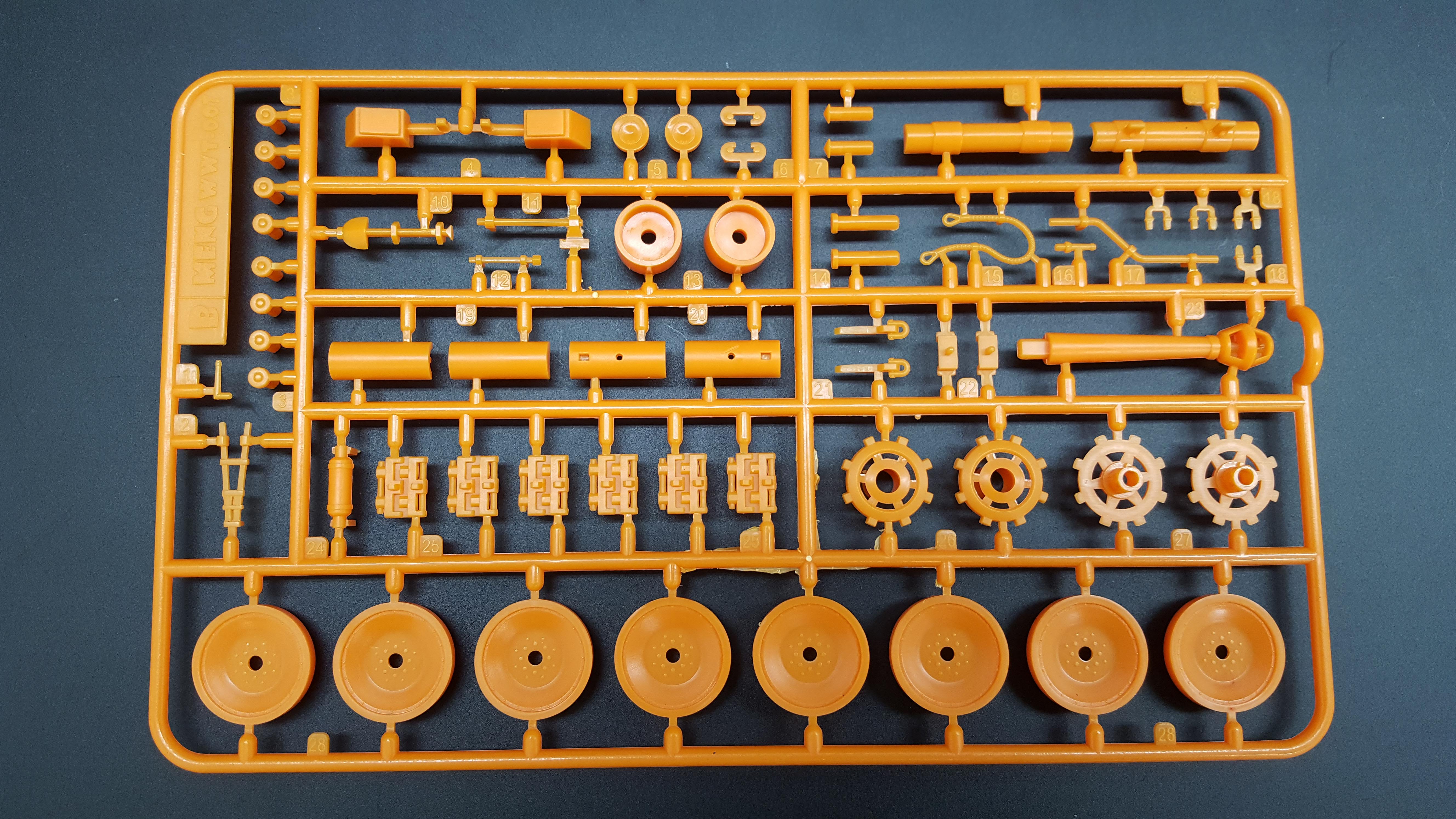 There are only two runners for this kit. 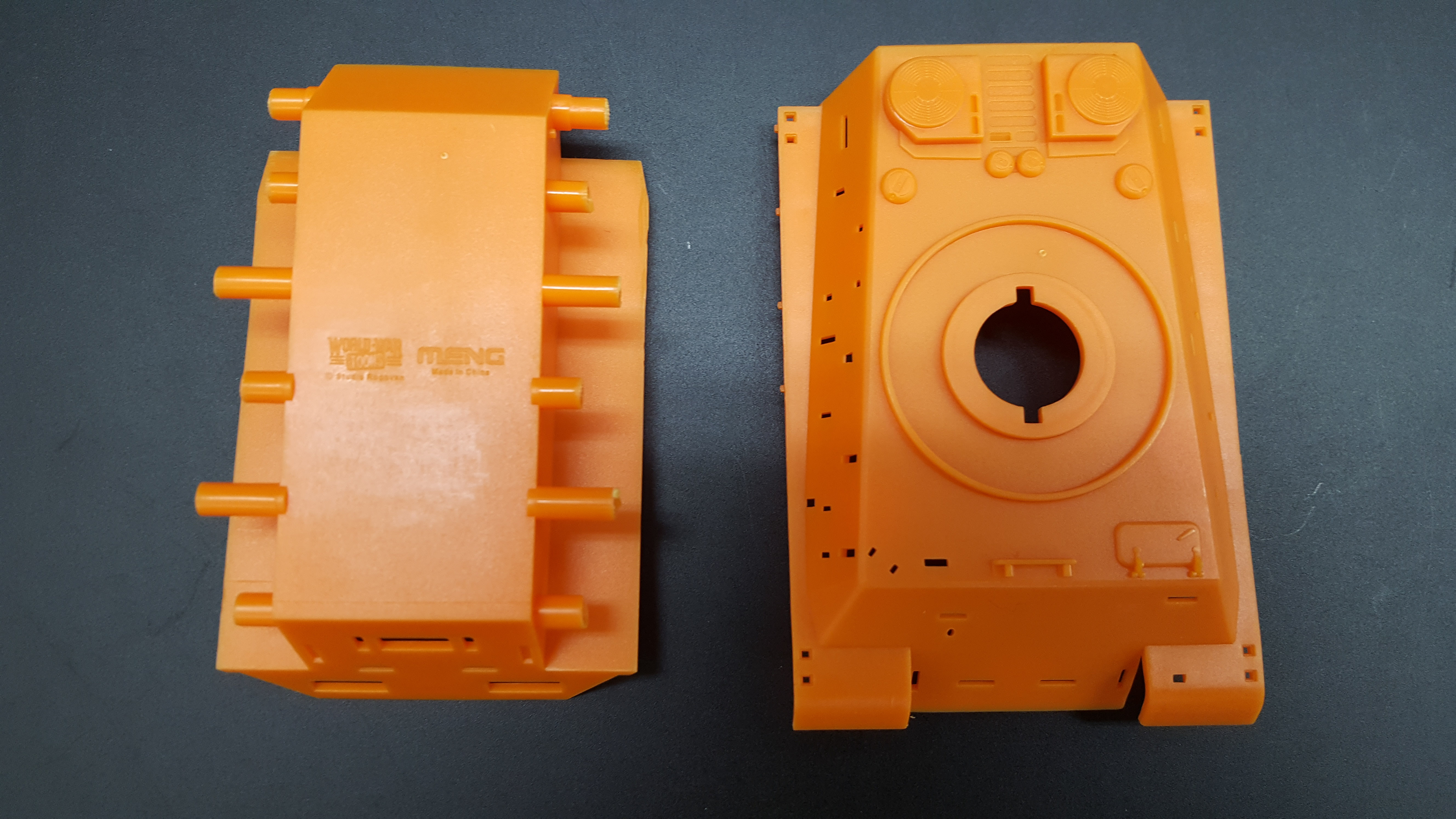 The upper and lower hull are molded as single pieces, for the first time in the Pinky line. 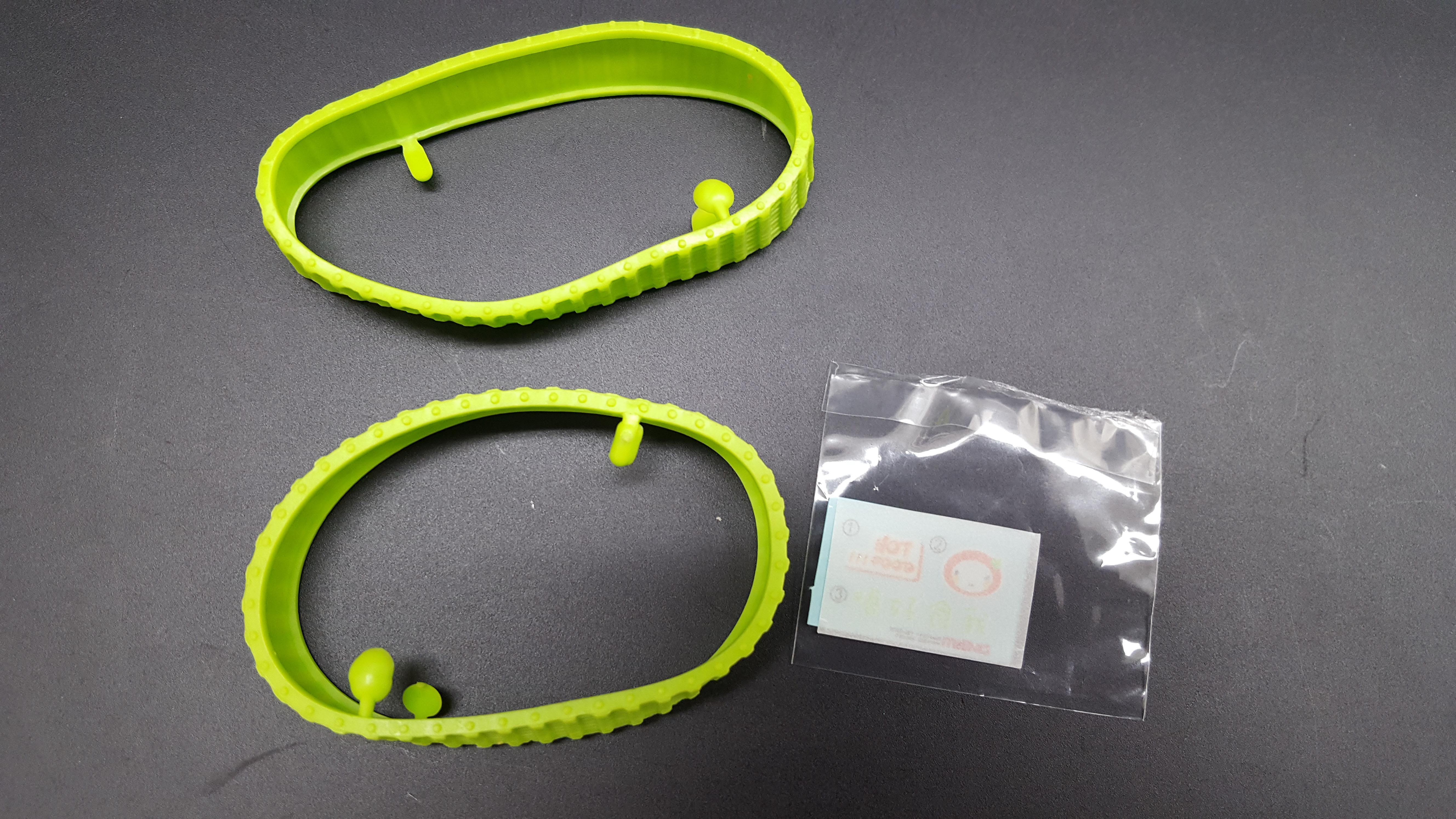 Bright green tracks are included, which go pretty well with the fruit theme (think orange leaves), and you get decals, too. They include a graphic of the figure’s face, the text “not food,” and (what I think is) Chinese text. If anyone knows about that particular decal and what it says, please do comment and let me know!

Up until this point, our unboxing for the new kit is virtually the same as the original release (just the obi on the box is new). So here we have the figure that sets the releases apart: 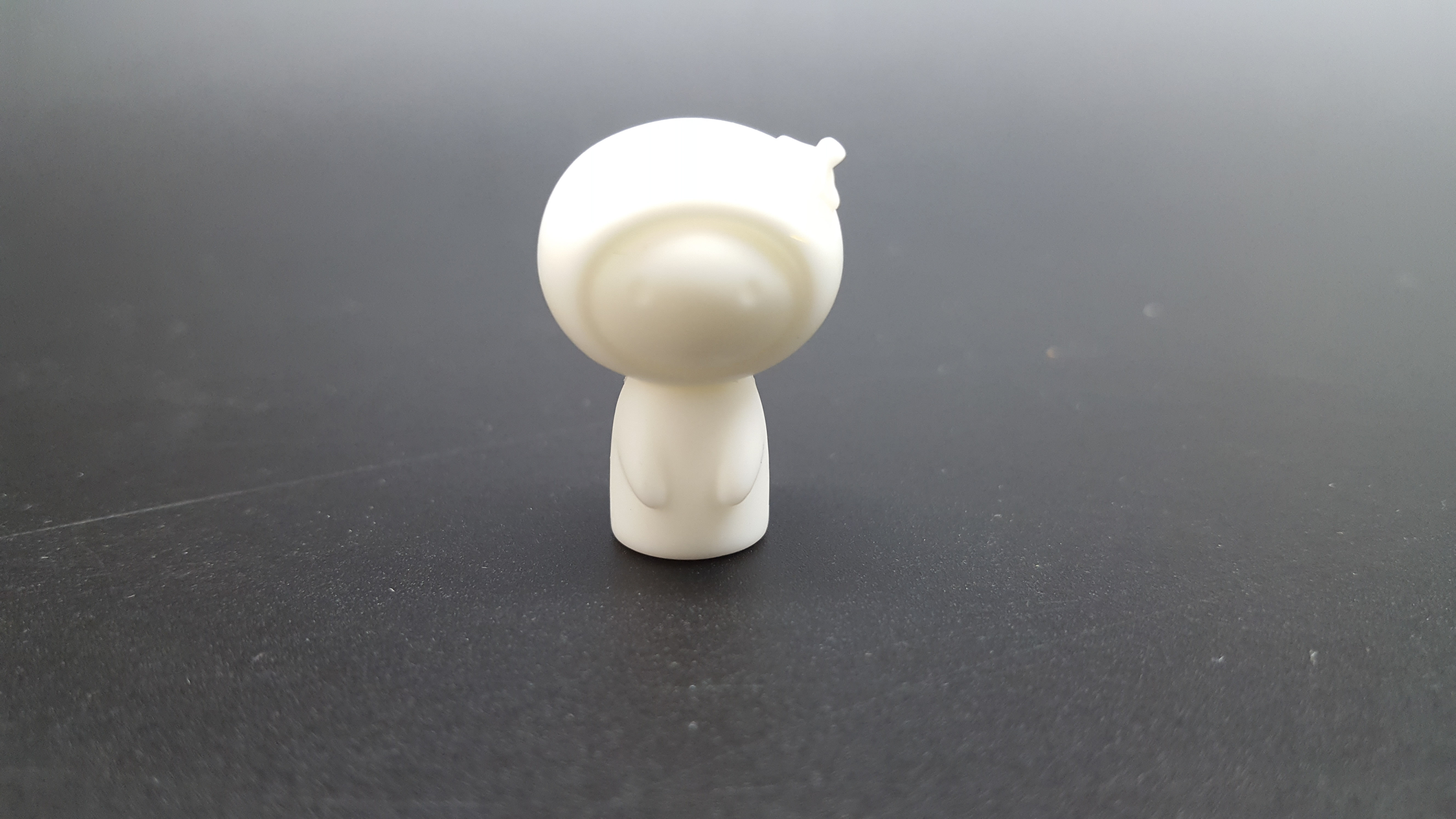 He’s molded in perfectly smooth white resin and comes unpainted. The paint job should be fairly simple, though: orange for most of the figure, green for the orange leaf, beige for the face, and black for the eyes and mouth.