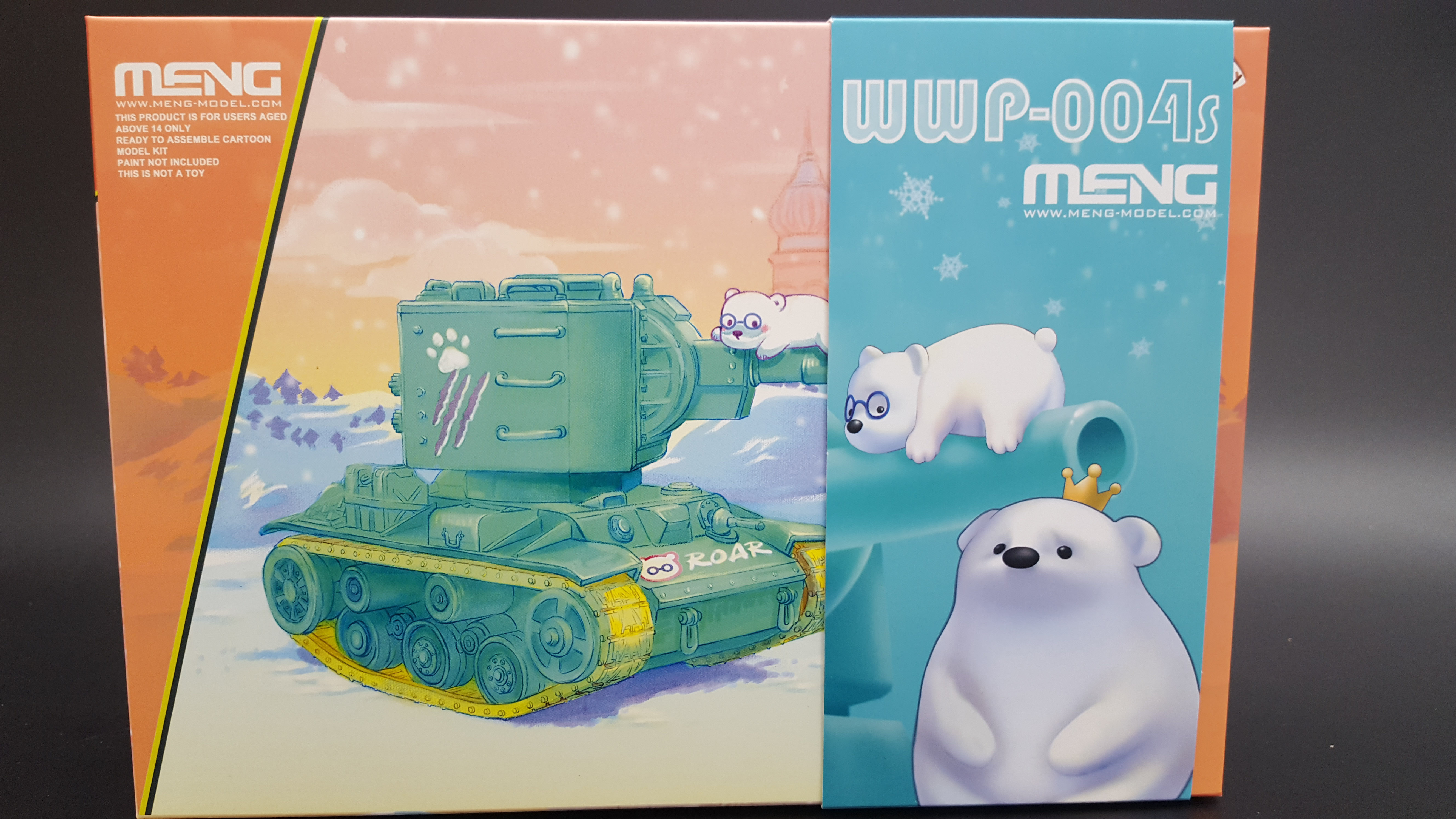 The original World War Toons mint green KV-2 was the second entry in the Pink lineup, and came out in July 2018. It followed the adorable pink Sherman, this time featuring bear crew artwork on the cover (instead of cats like the Sherman).

This month, by popular demand, Meng has re-released the KV-2 (and two other Pinky kits), this time with two bear crew figures based on the box art. 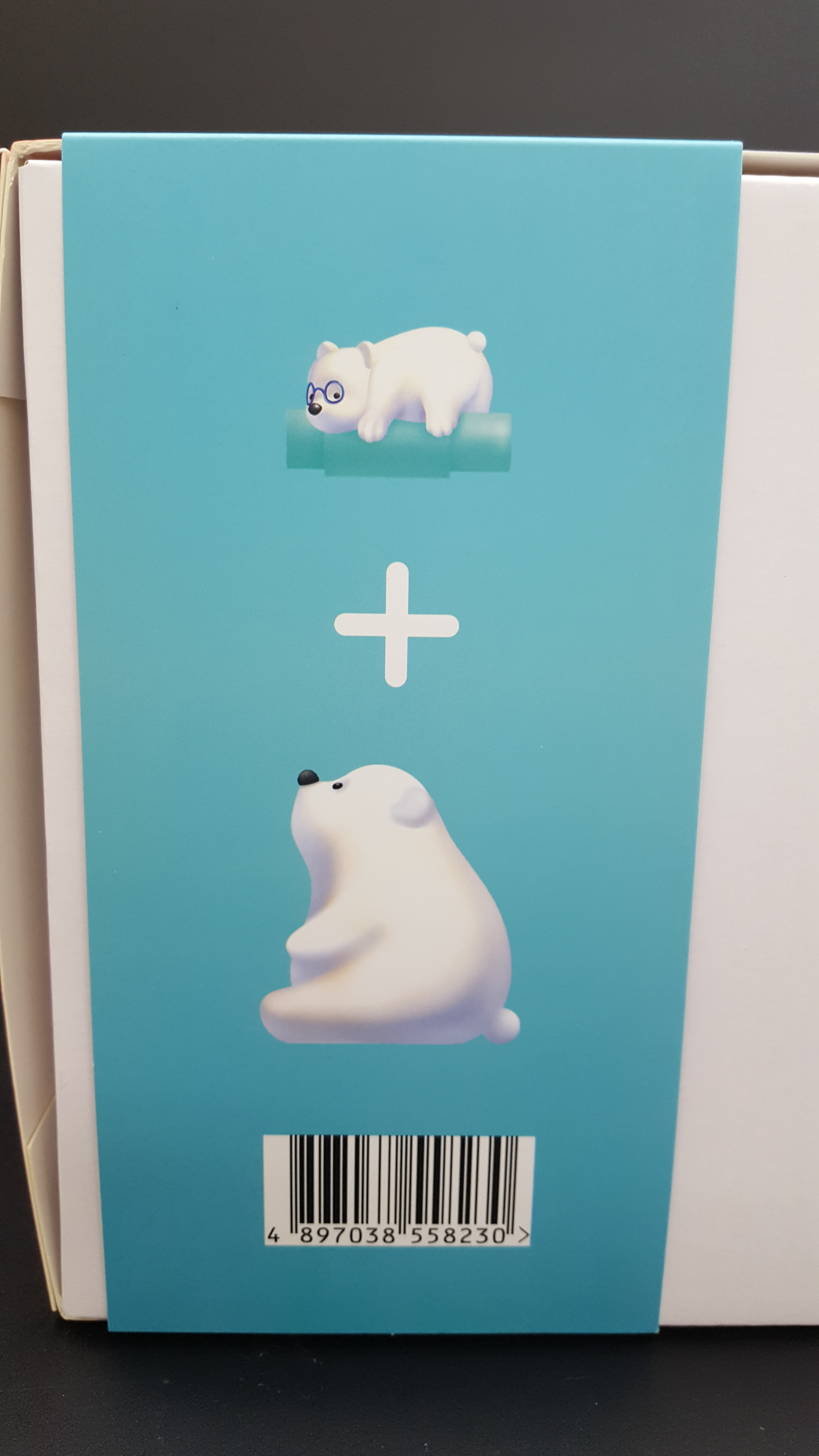 Though the box from both versions of this kit is the same, the new release includes a cardboard band (obi) around it with illustrations of the bear figures. You get one sitting bear with a crown, and another spectacled bear molded to fit on the gun barrel. 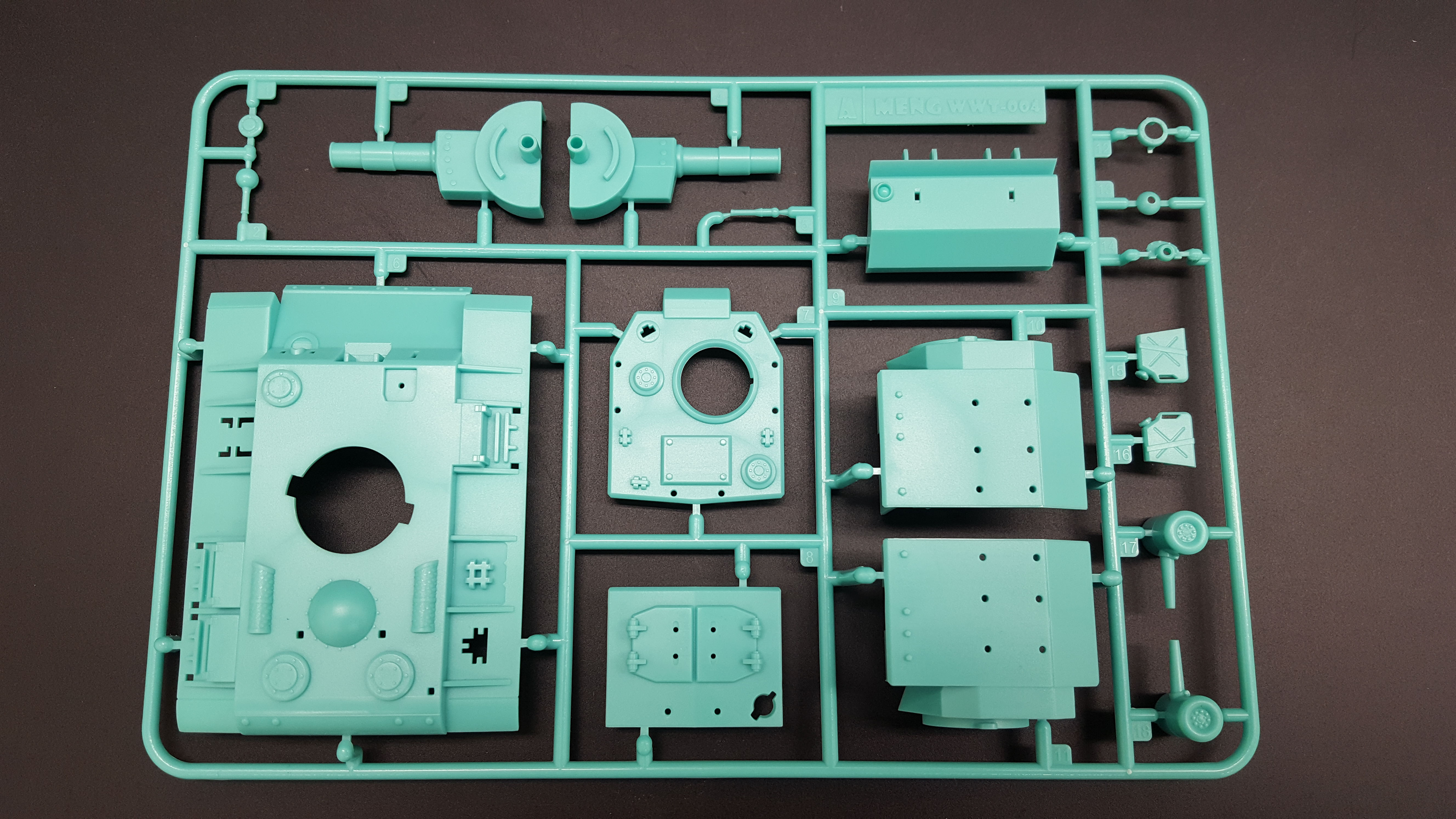 The parts are all molded in mint green, of course. Like the Sherman, hull parts are included on the runners. 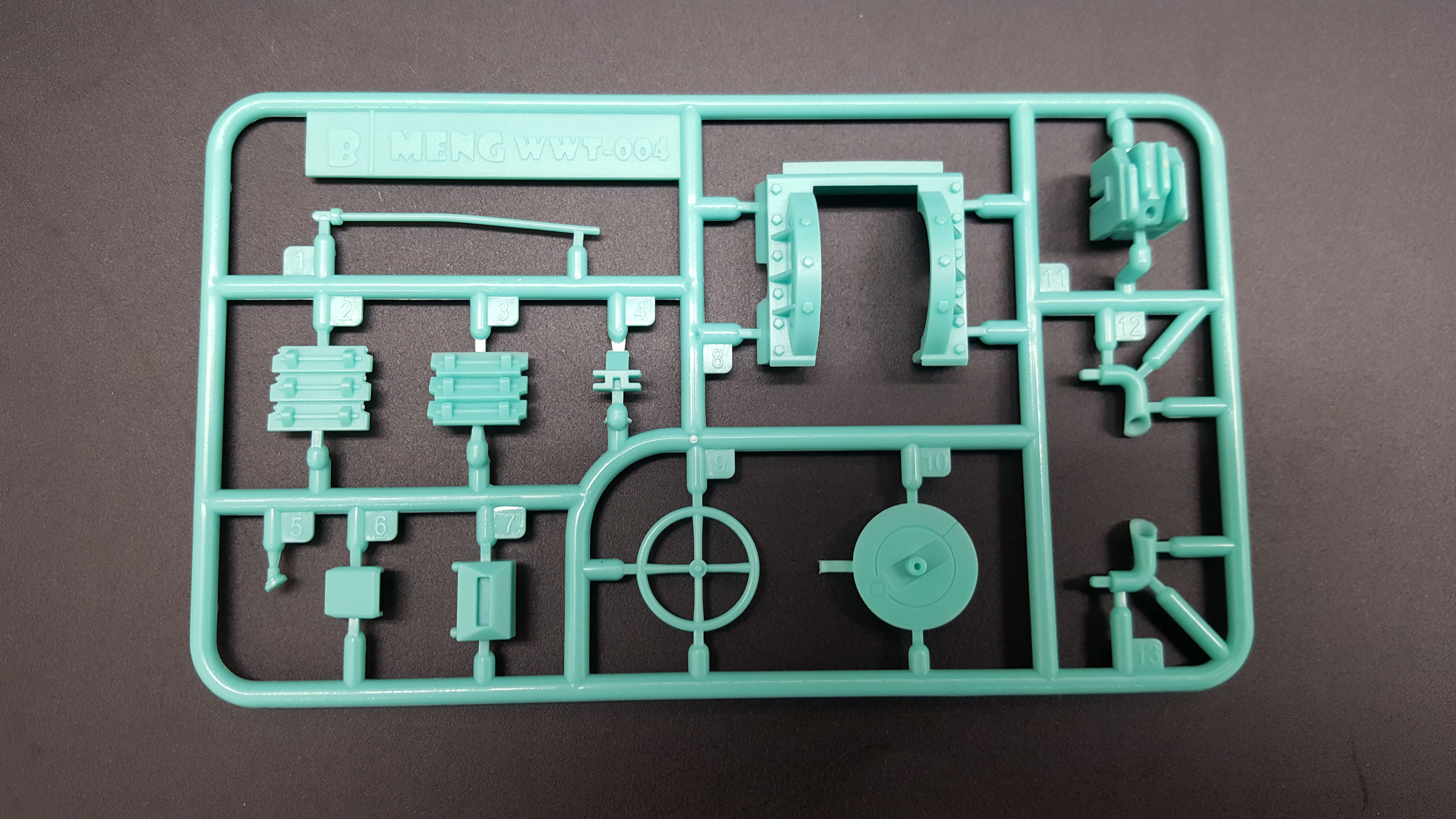 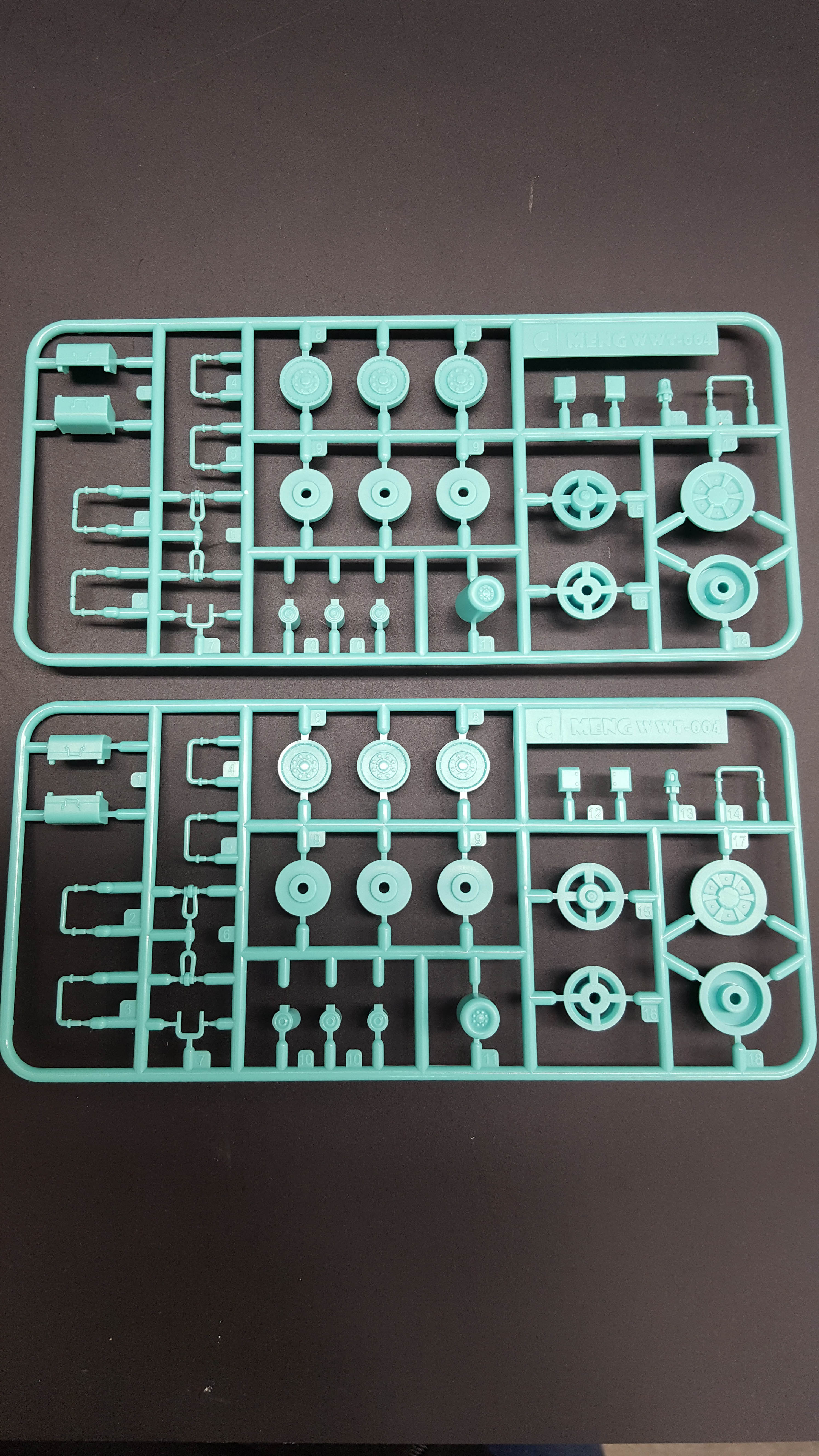 As with other kits in the WWT Meng line, there are lots of tiny detail parts that need extra care not to break during assembly. Tweezers are useful, too! 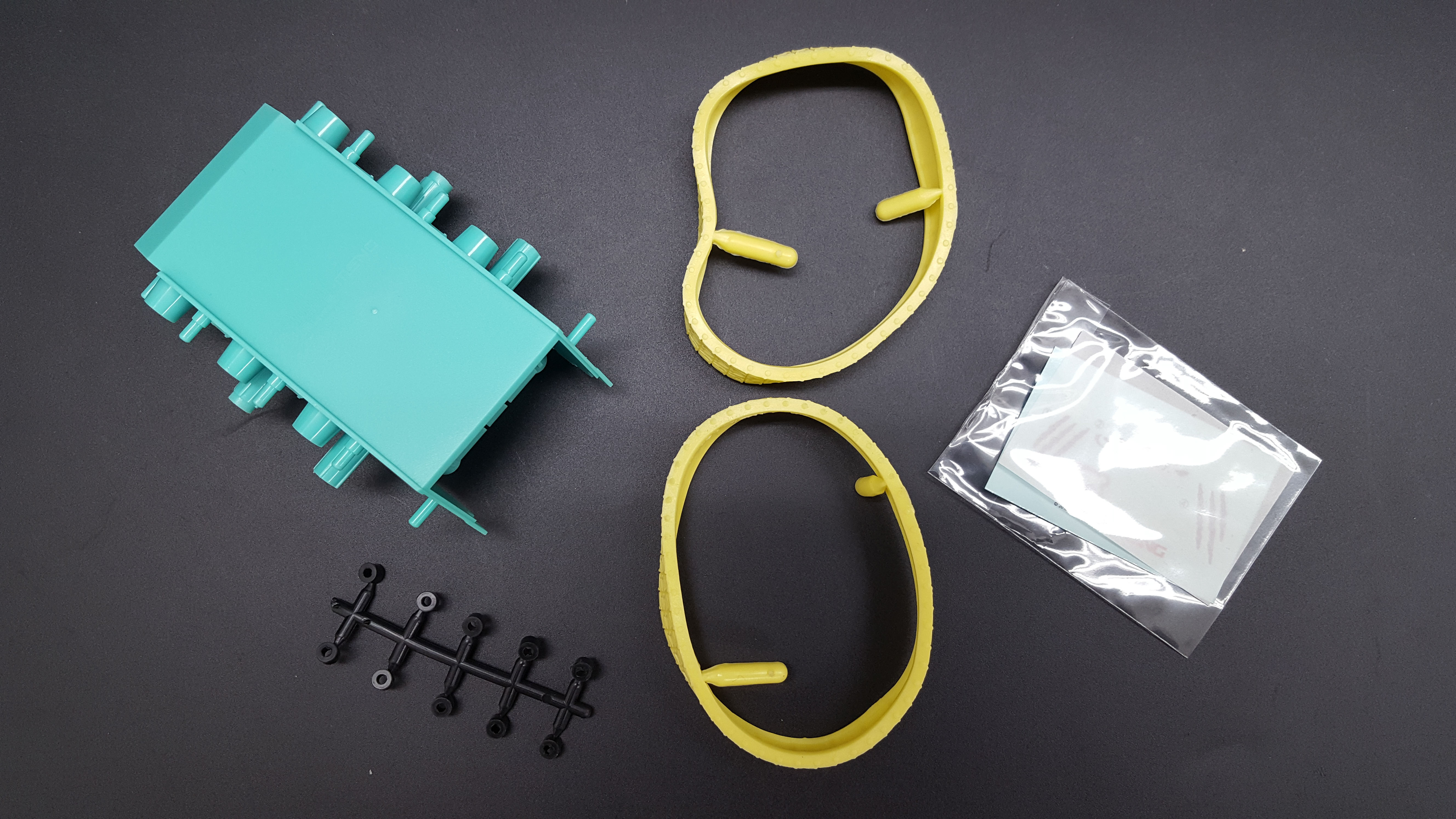 Here’s something different — there are some black caps here as well as the lower part of the hull molded in a single piece, separate from the runners. The tracks are bright yellow, which suits the tank color nicely. Some decals are also included (hard to see in the photo, sorry!). For markings you get a spectacled bear, claw marks, paw prints, and the texts “roar” and “bear.” 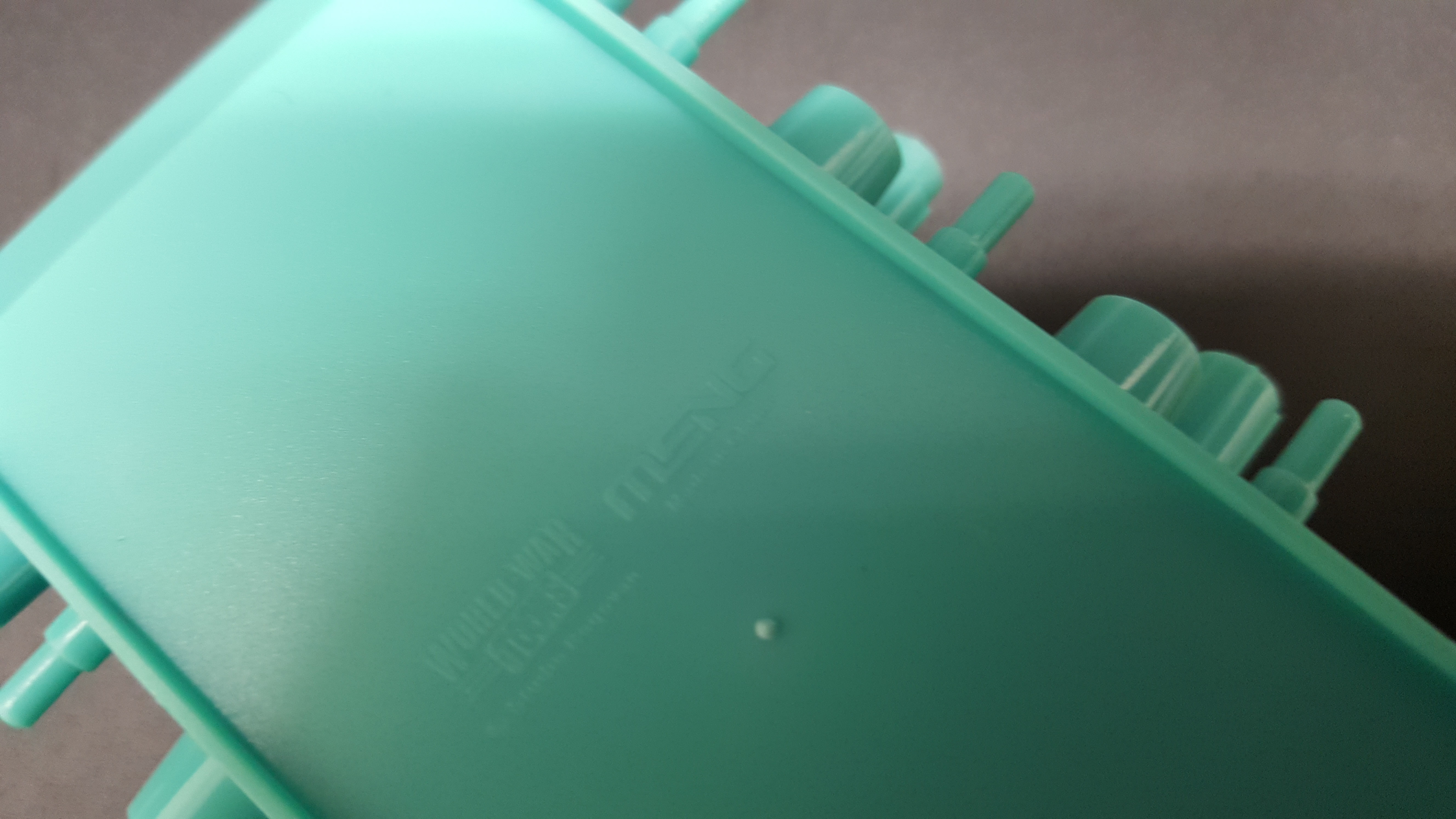 A fun detail I stumbled upon: the bottom of the hull has World War Toons and Meng molded right in. It’s in a place you won’t see unless you turn the completed kit over; I just think it’s sort of neat.

Up until this part of the review, the unboxing from the original release and new release are the same. The new release, of course, includes figures: 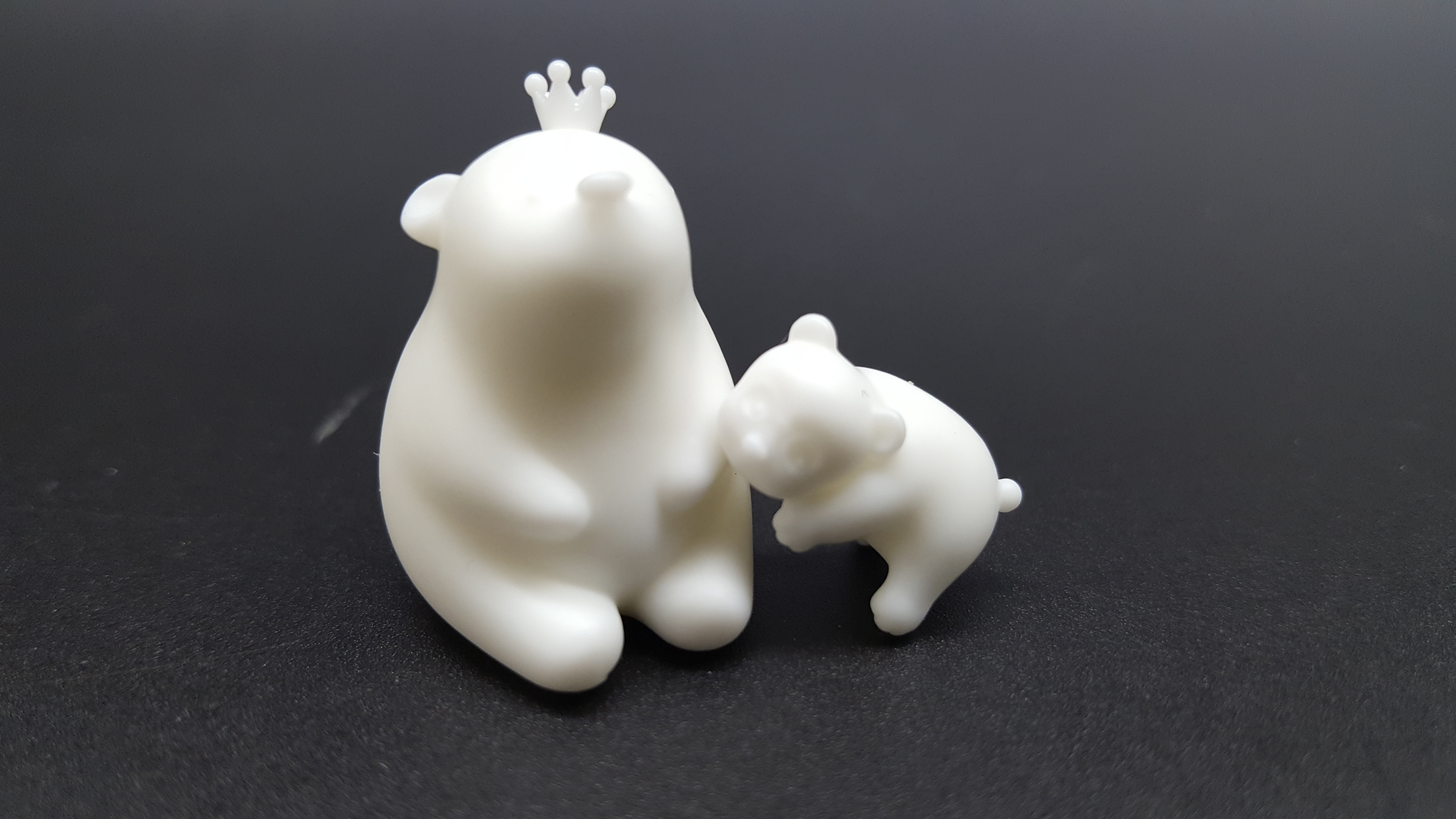 These two tiny bear crew members are molded in perfectly smooth white resin and come unpainted. Luckily, they’re meant to be polar bears, so unless you really want to slap some white paint on them, you can pretty much just paint the eyes, ears, noses, crown, and spectacles and be ready to go.

The little guy on his side doesn’t stand up on his own, but he’s made to fit the gun barrel, anyway!