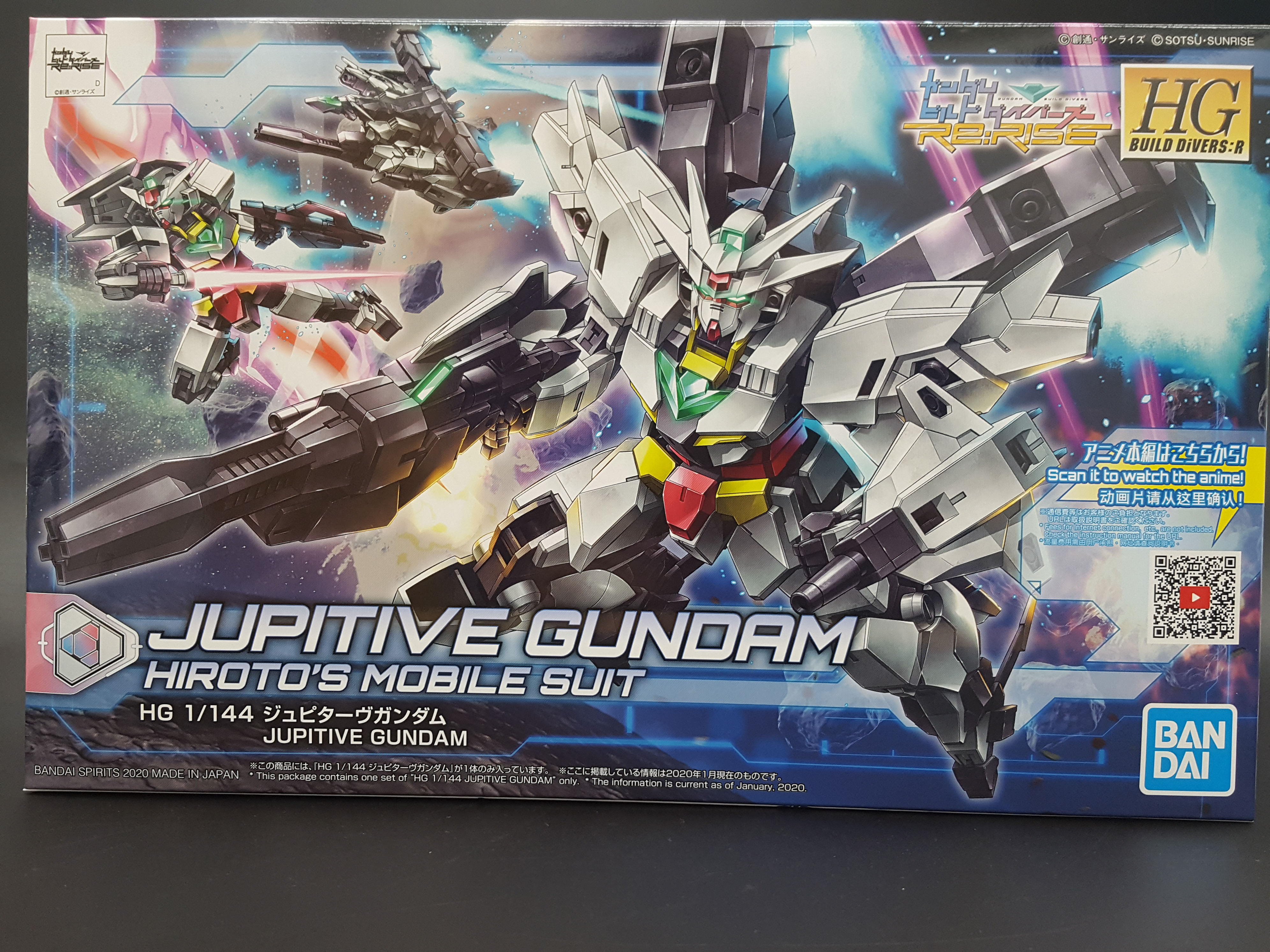 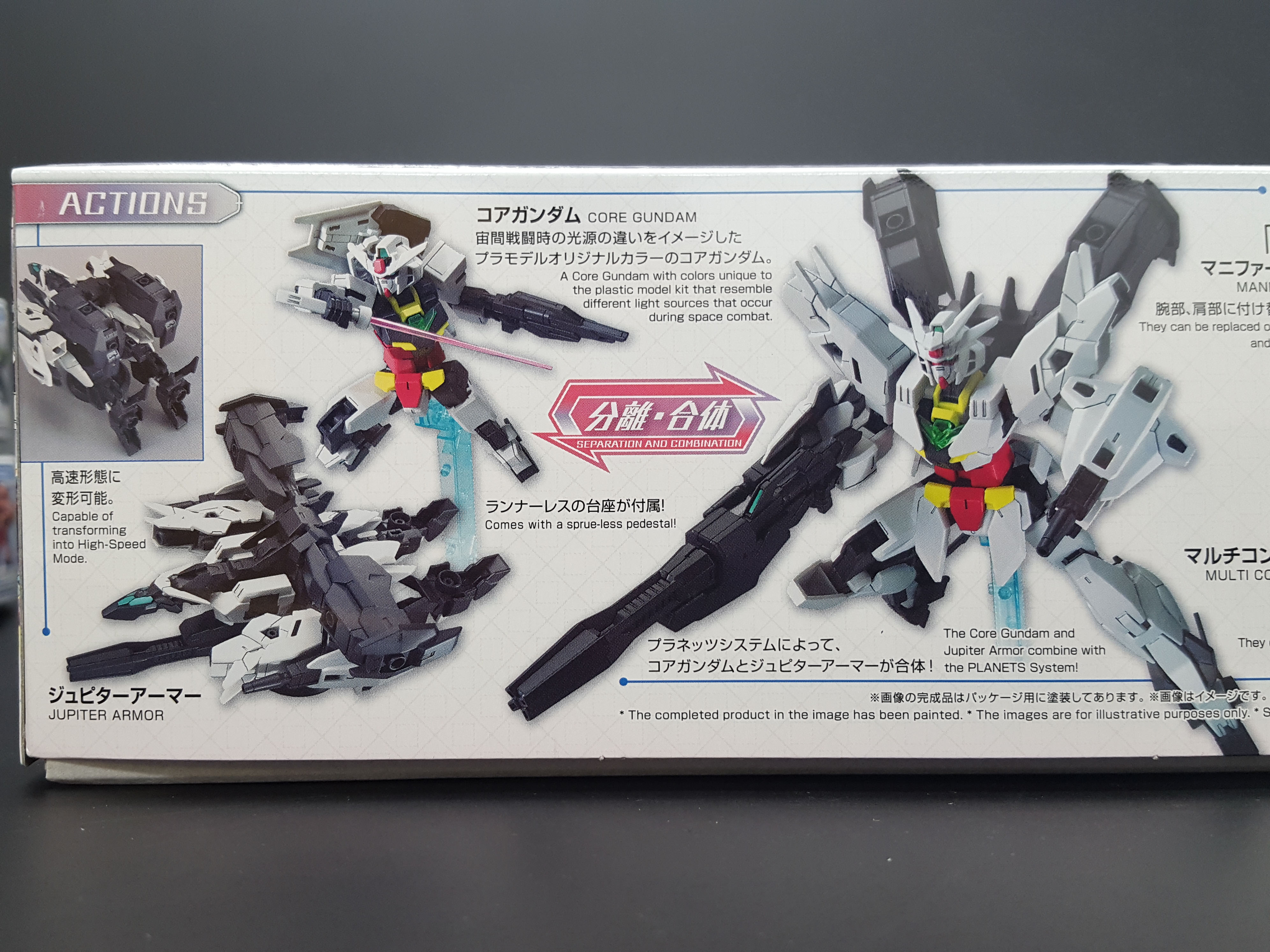 You can see the separate Core Gundam and Armor configuration here, as well as the joined Jupitive Gundam build. The kit also comes with a clear blue sprueless pedestal; that’s new! 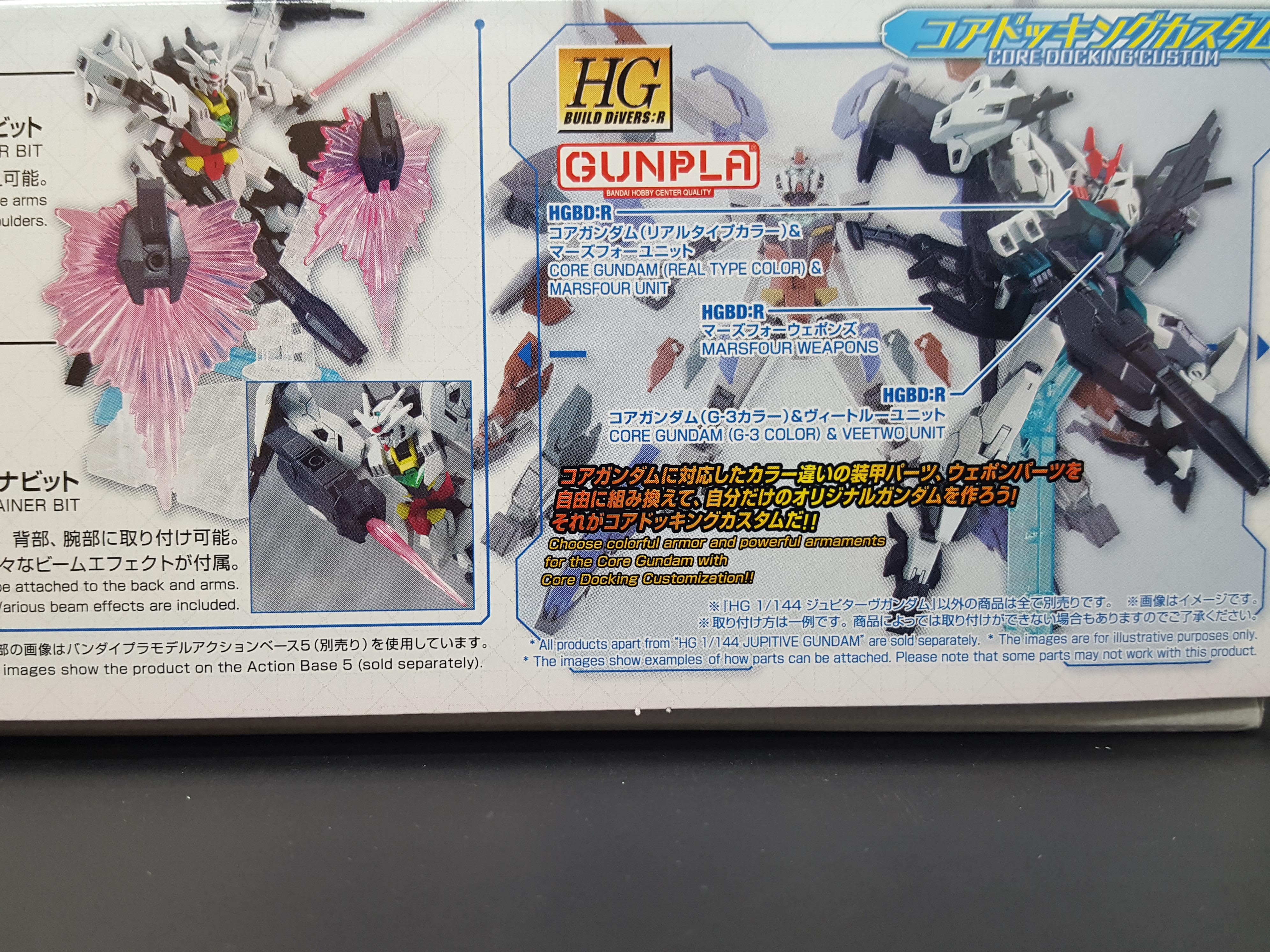 There are plenty of effect parts with this kit, too! And of course, you can use parts from Earthree, Veetwo, and Marsfour to customize your own Gundam with this kit. 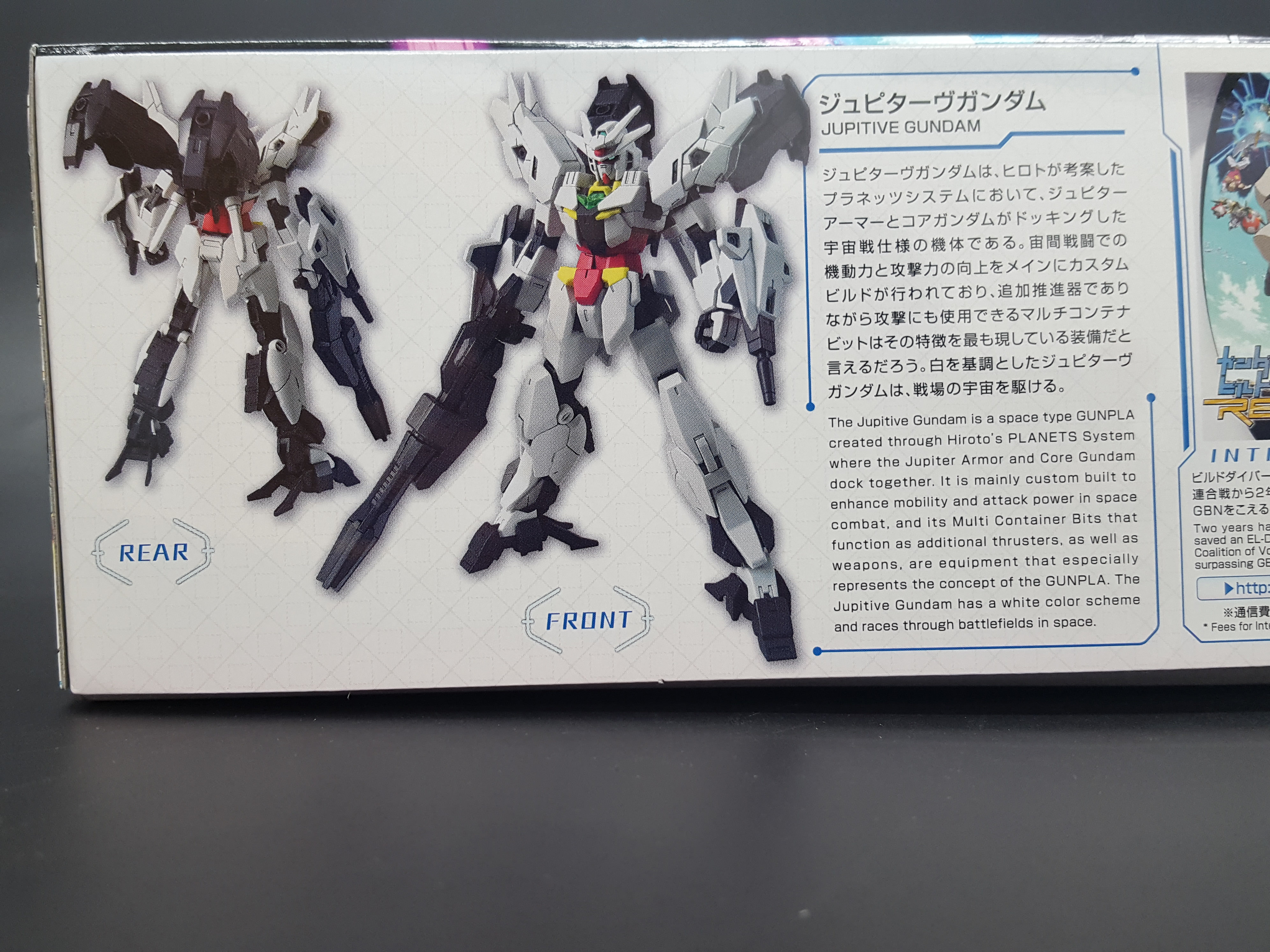 Finally, a simple front and back view of the completed Jupitive Gundam. 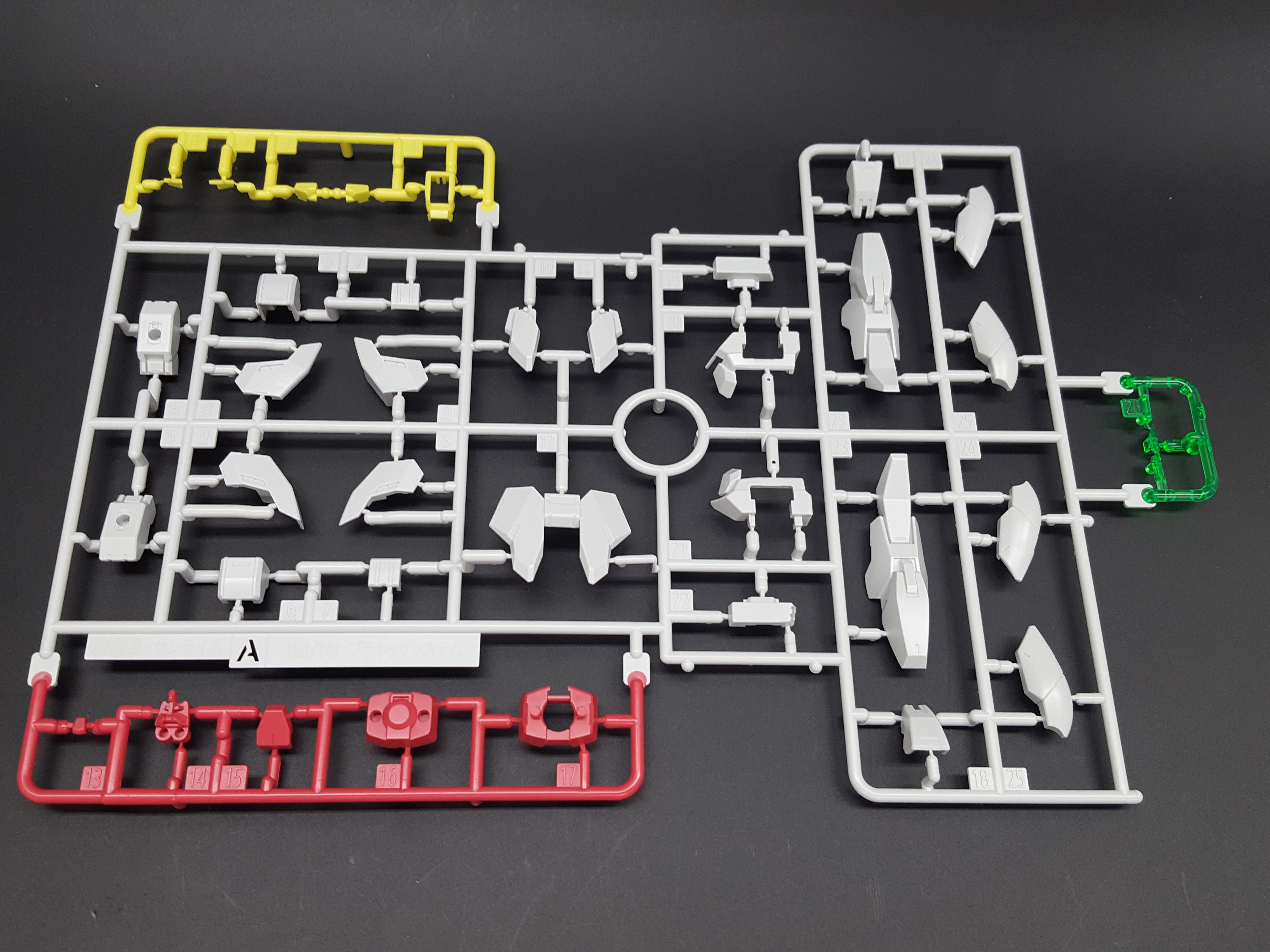 Polycaps, the clear blue display stand, and the foil stickers.