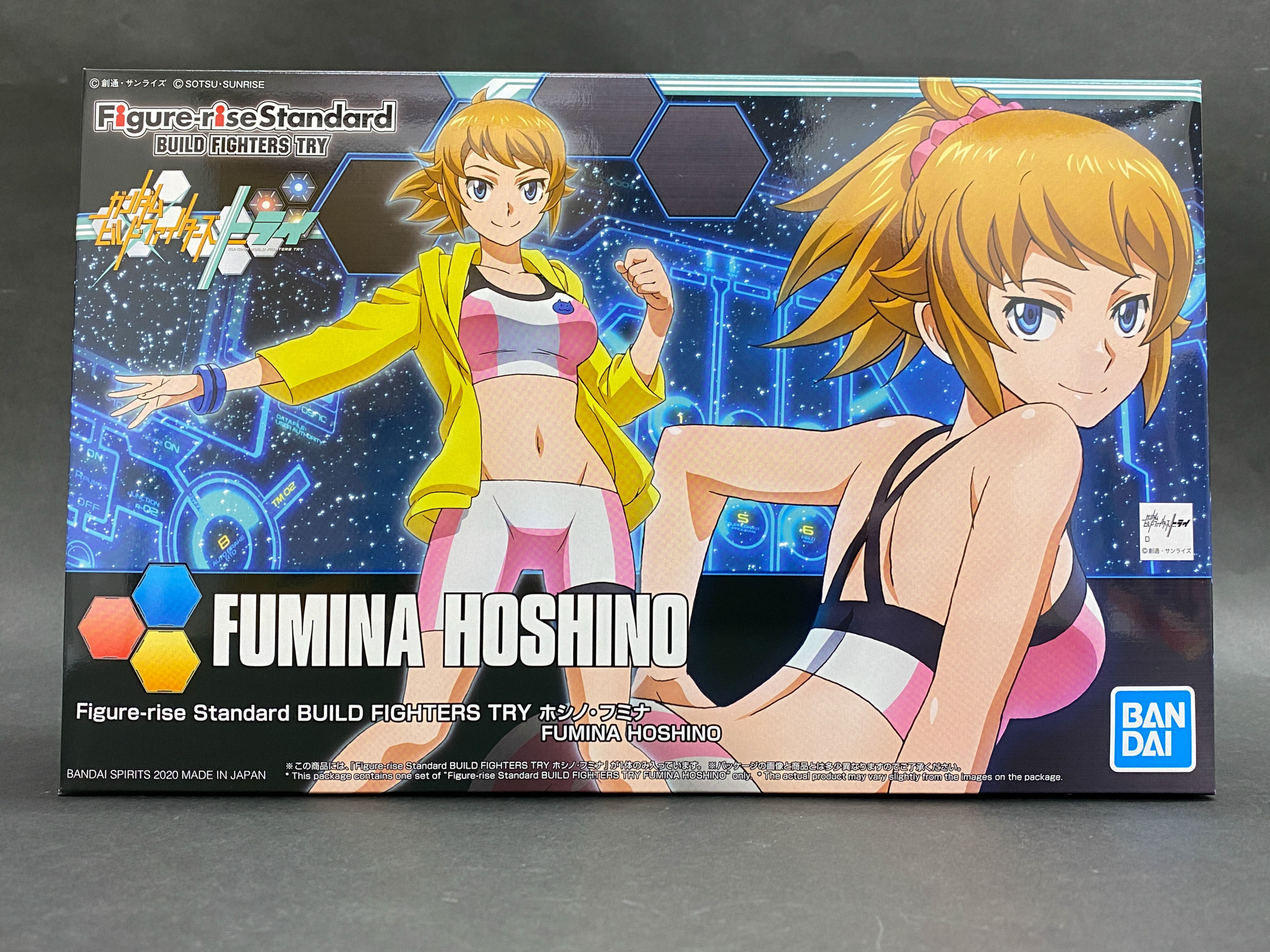 Let’s be honest — anytime Fumina Hoshino gets a kit, it’s an anticipated kit. This time’s no different, but it’s a bit of a special one — it’s the first time she’s appeared as a Figure-rise Standard kit. (Not to be confused with Figure-rise Bust or Figure-rise LABO).

This version of Fumina features her in her white and pink uniform with her yellow jacket. And because it’s a Figure-rise Standard, that means you can expect action figure-like articulation and posing options!

Let’s check it out! Right off the bat we get a look at poseability — and there’s a display stand included, like we’ve seen a lot of lately. Also, her jacket is removeable! 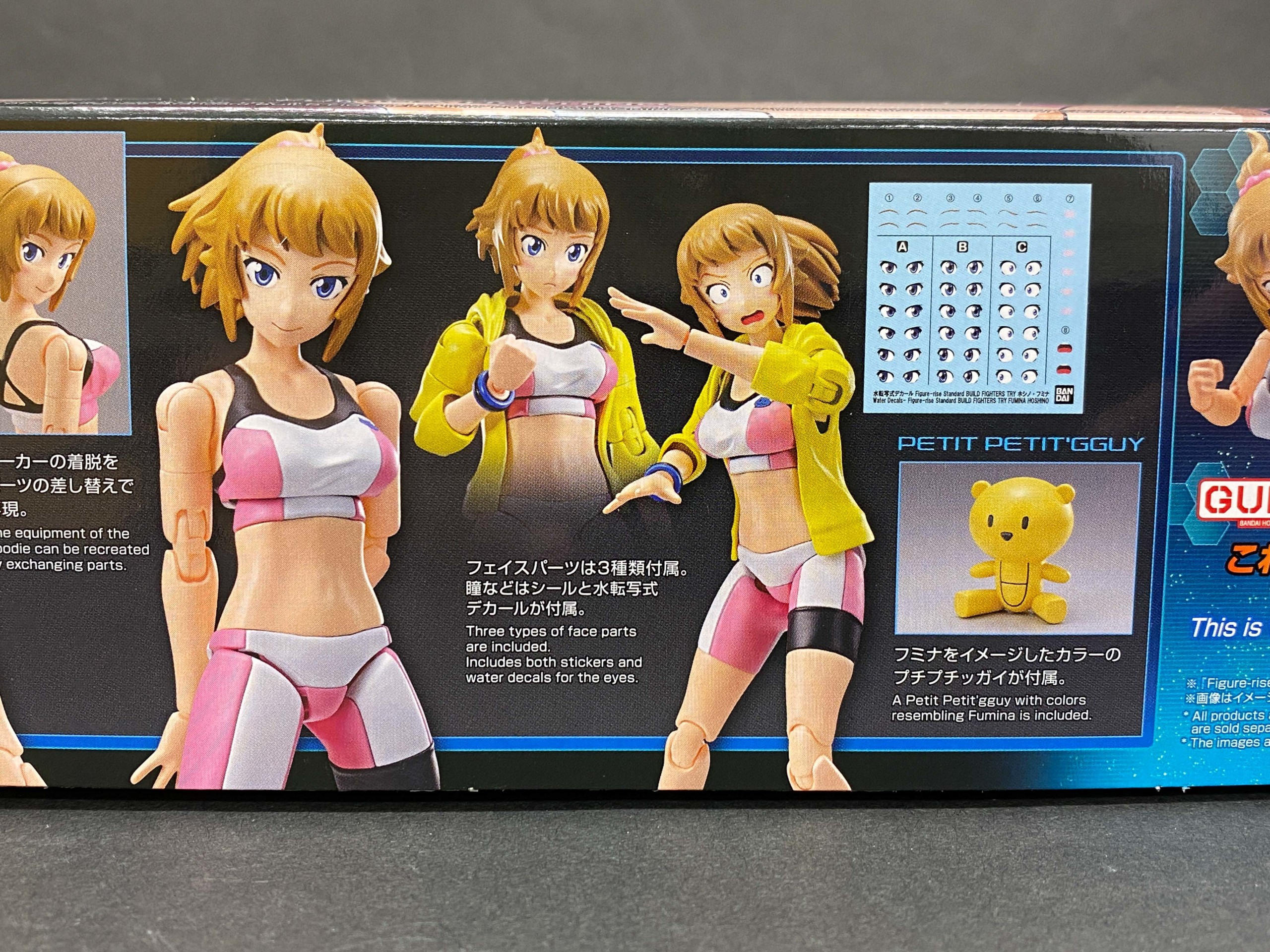 Really good expressions on this kit! (At least in the photos.) The eyes can be applied as stickers or decals, so you’ve got your pick. 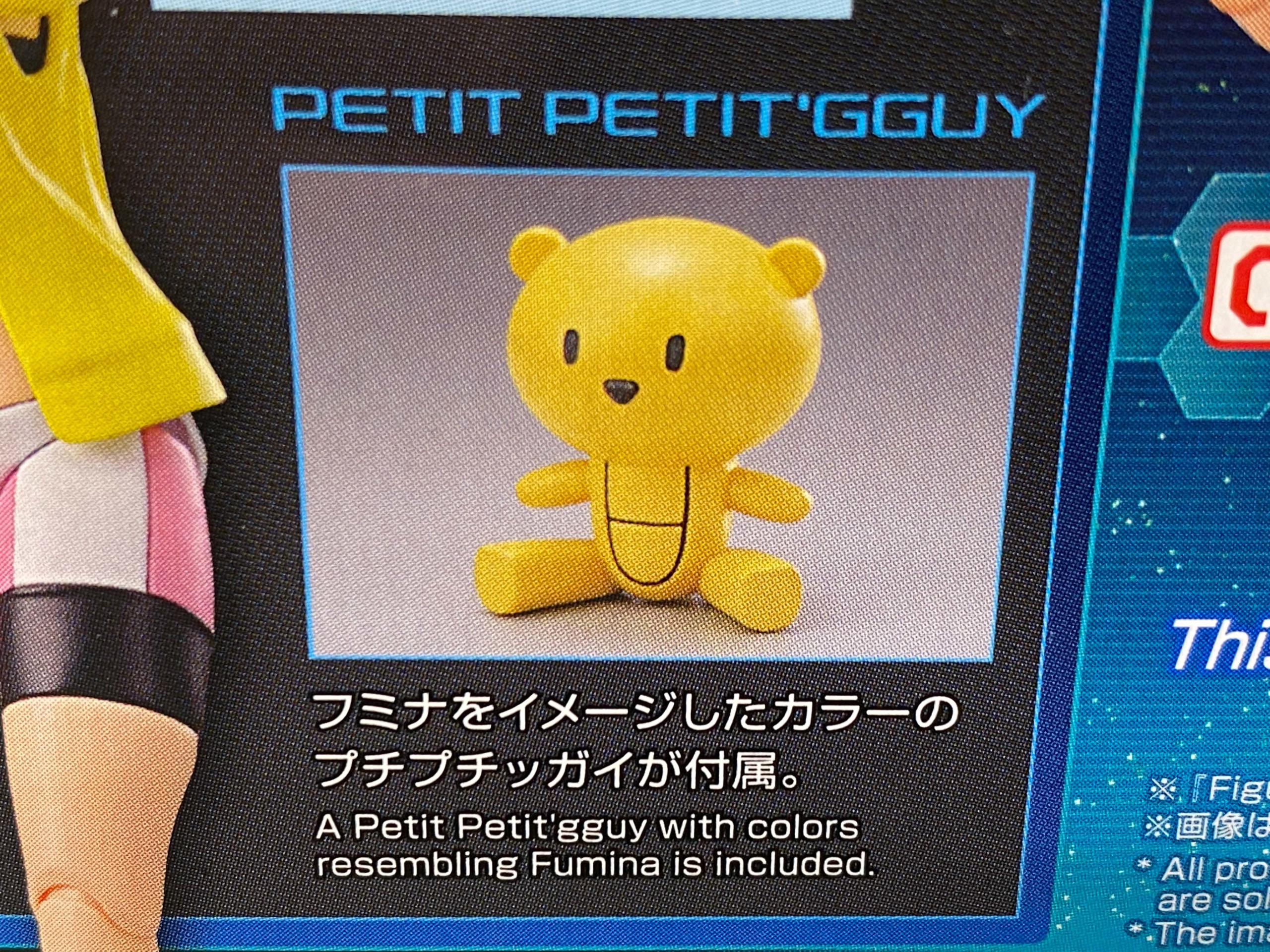 Look, I would buy this kit just for the Petit Petit’gguy. Fumina’s SD kits are also on display, as you can pick them up separately. 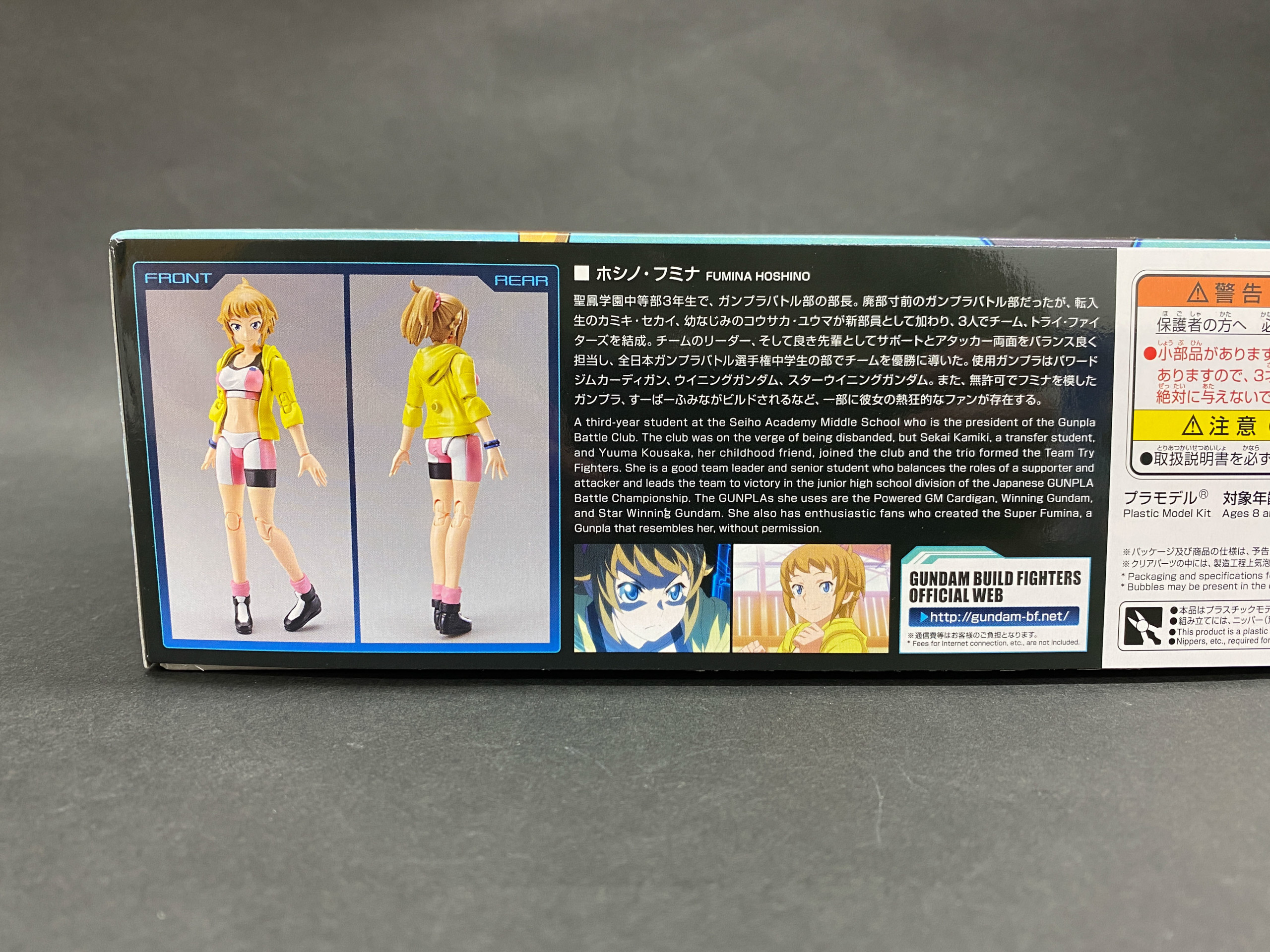 And finally, the usual simple front and back shots of the kit, as well as a blurb about the character in Japanese and English. 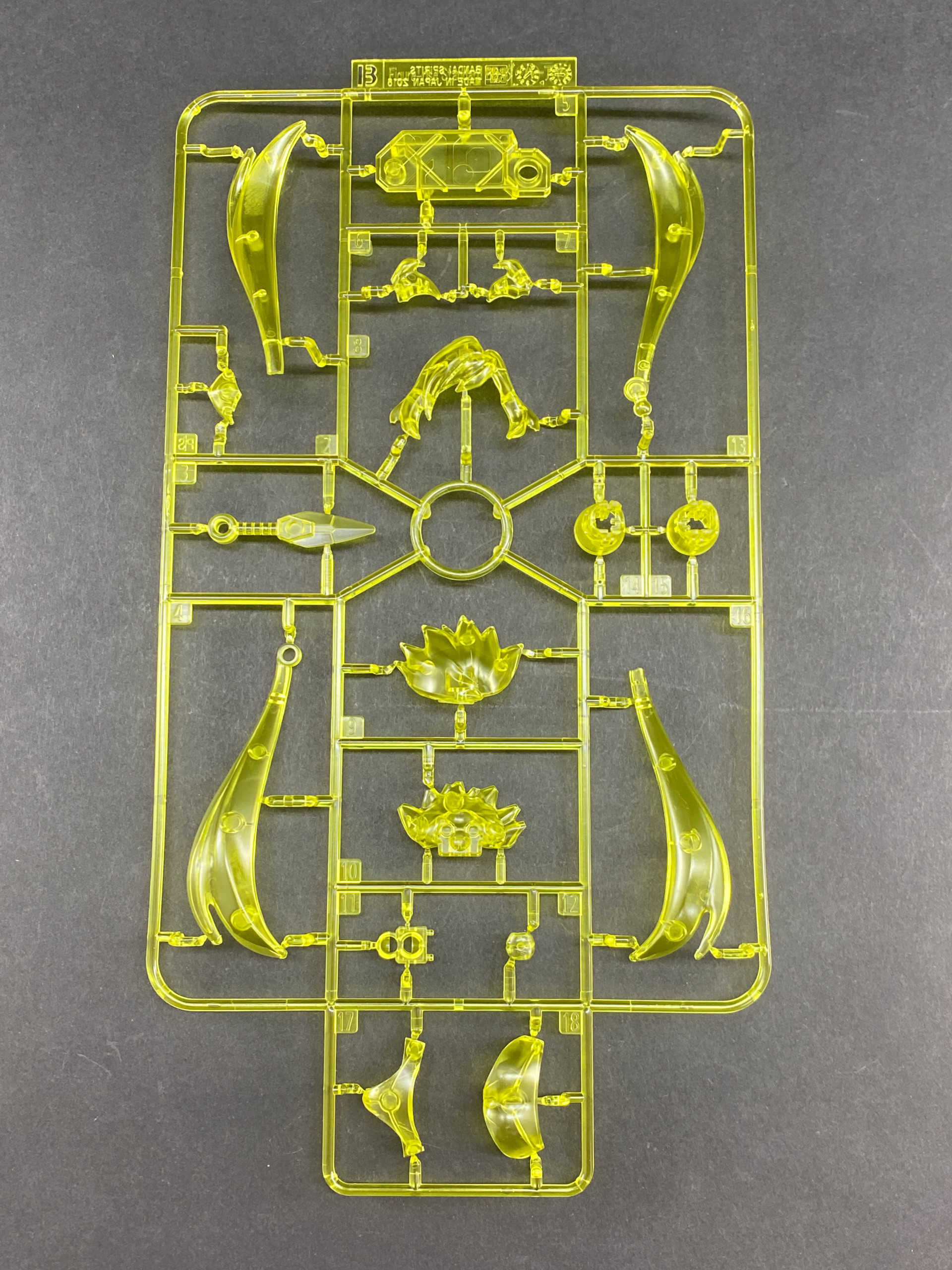 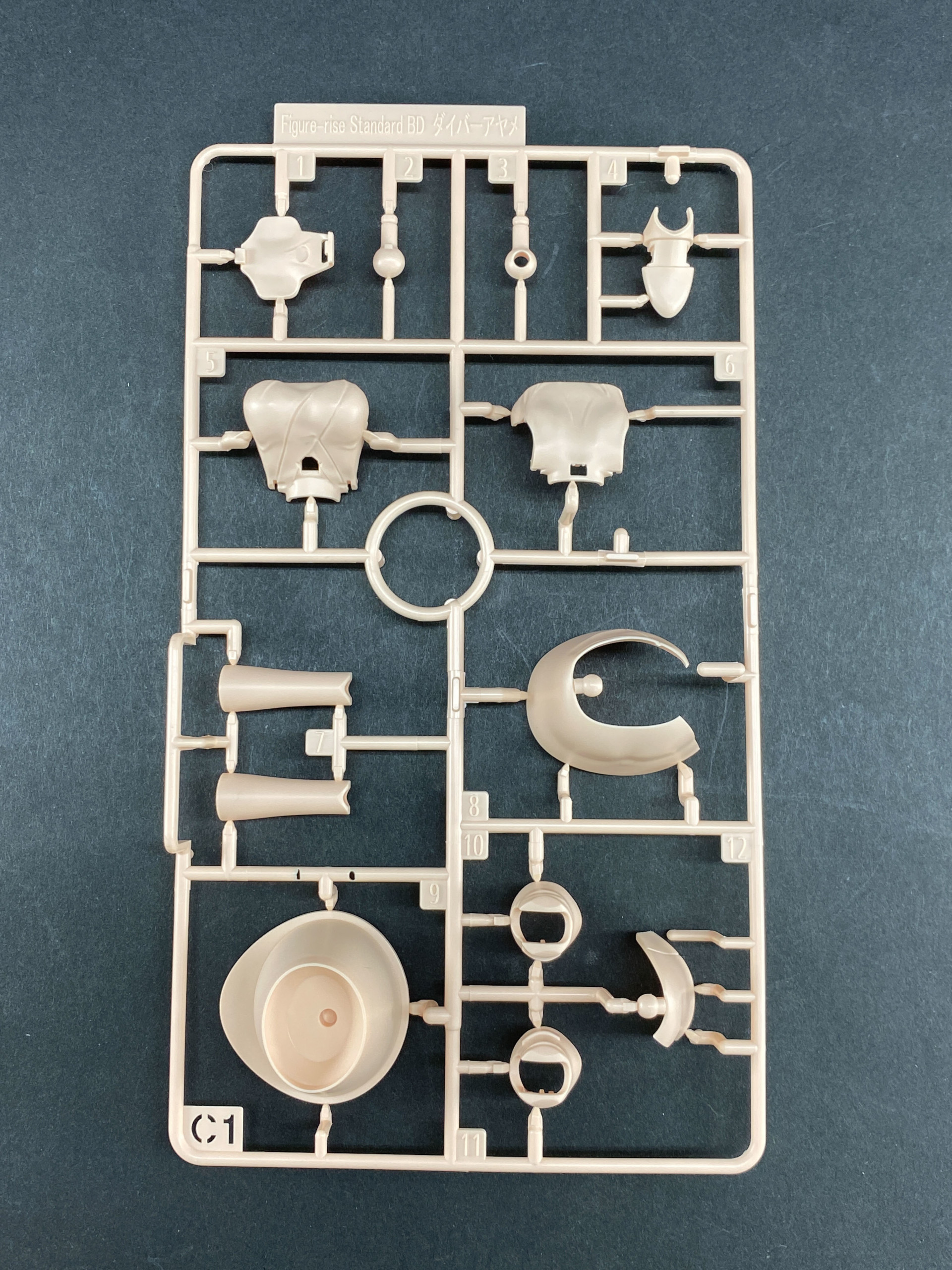 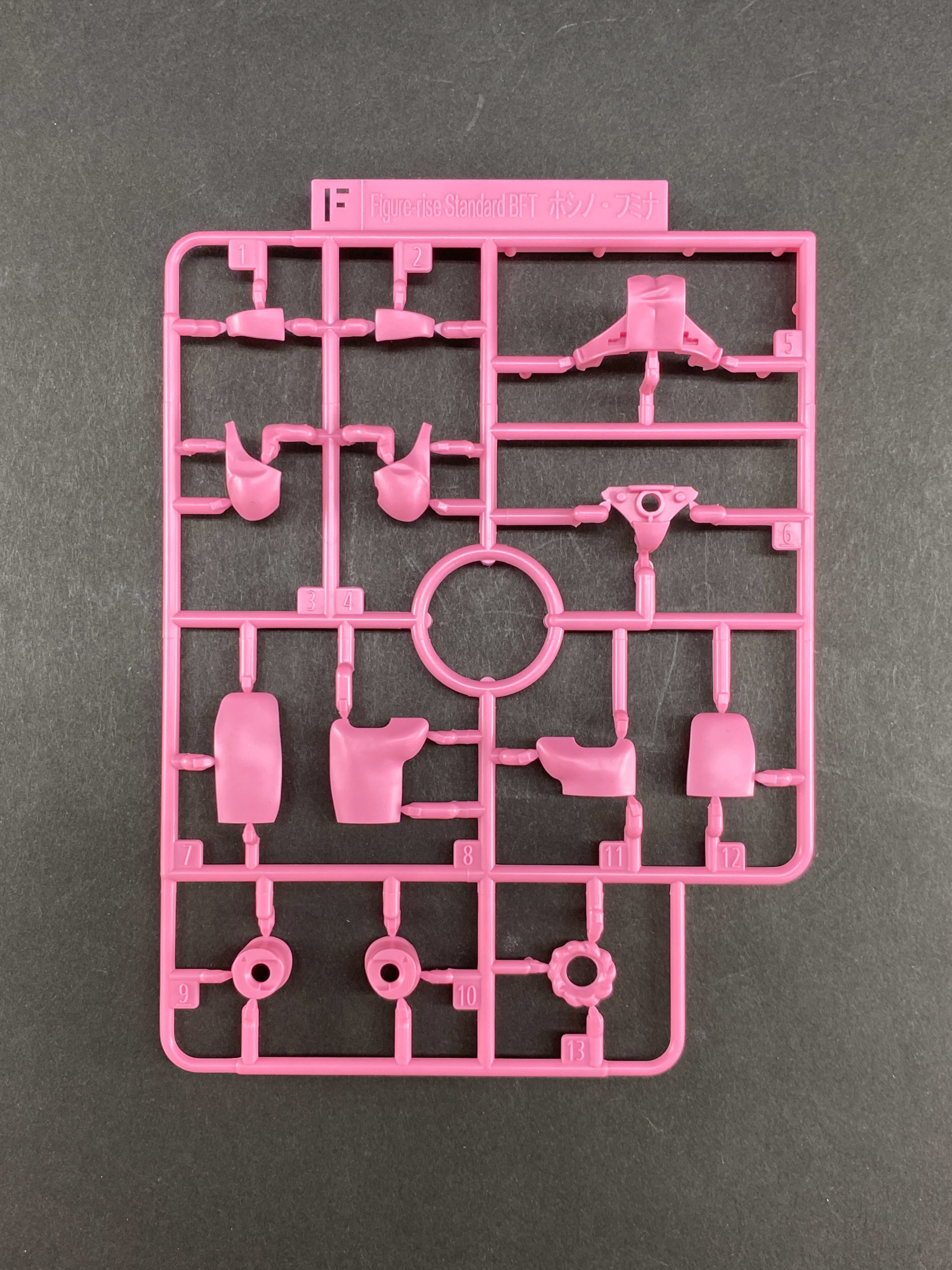 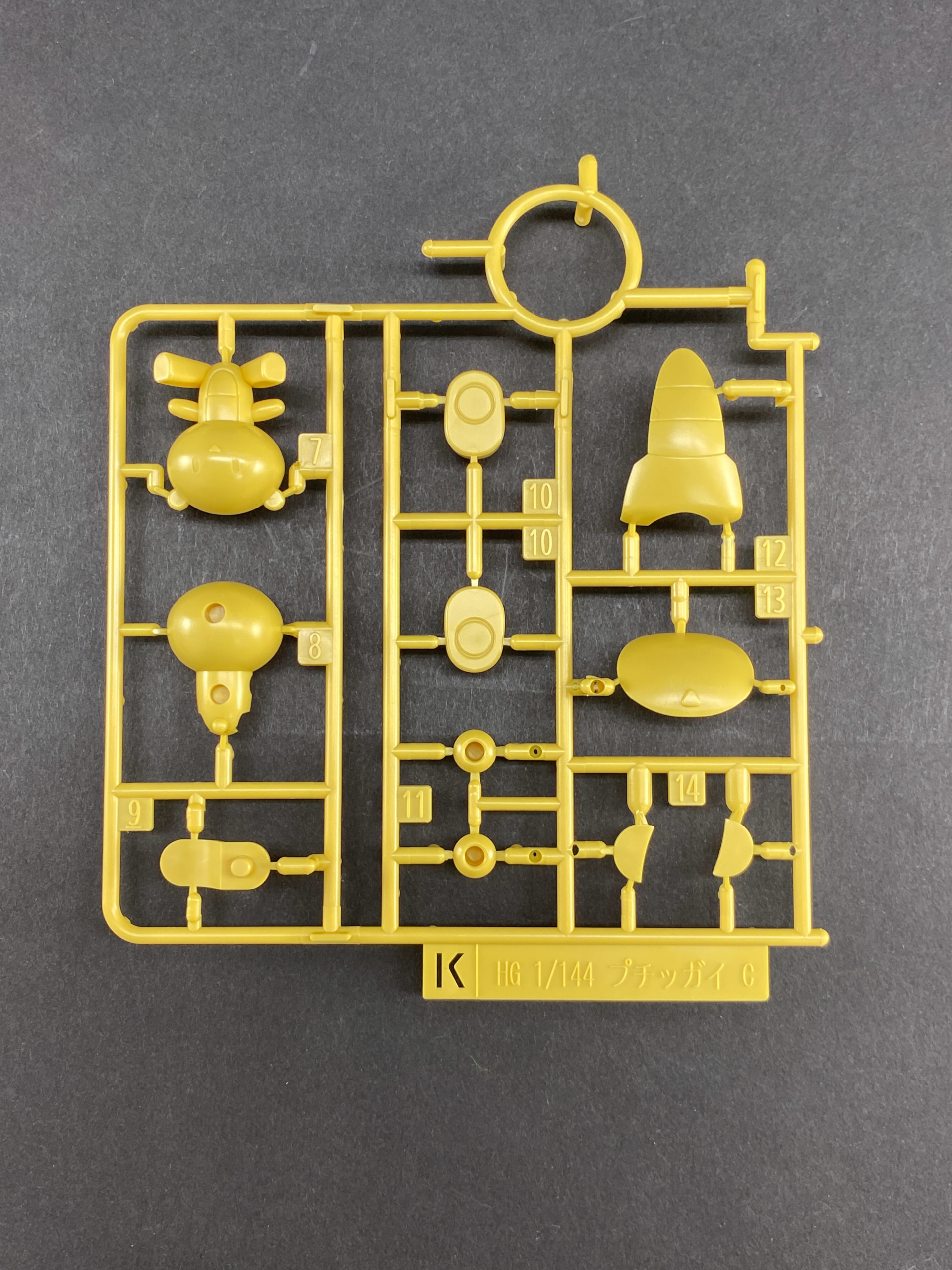 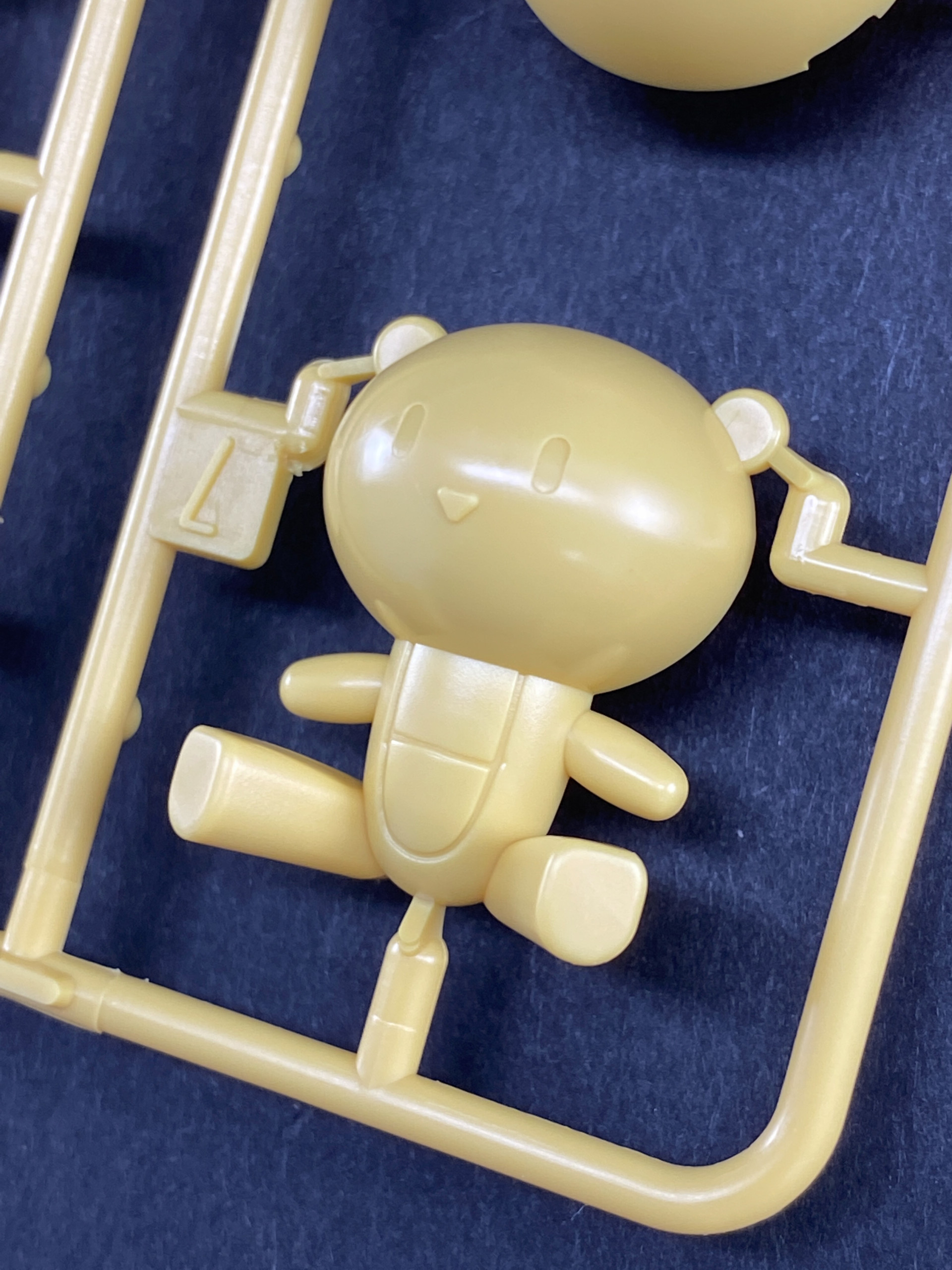 The clear stand included for display.