I was in Odaiba in Tokyo at the end of August for the “Tales of the Abyss” stage play, and was pleasantly surprised to run across a “Dragon Ball Super” event happening at the same time! This event was held from July 28th 2018 to September 2nd in the Daiba City mall. In addition to the pop-up shop, it consisted of life-sized statues of Broly, Vegeta, and Goku, as well as a shockingly realistic animatronic of Frieza.

The event was held to celebrate the upcoming release of the “Dragon Ball Super: Broly” movie, set to hit theaters in Japan on December 14th. 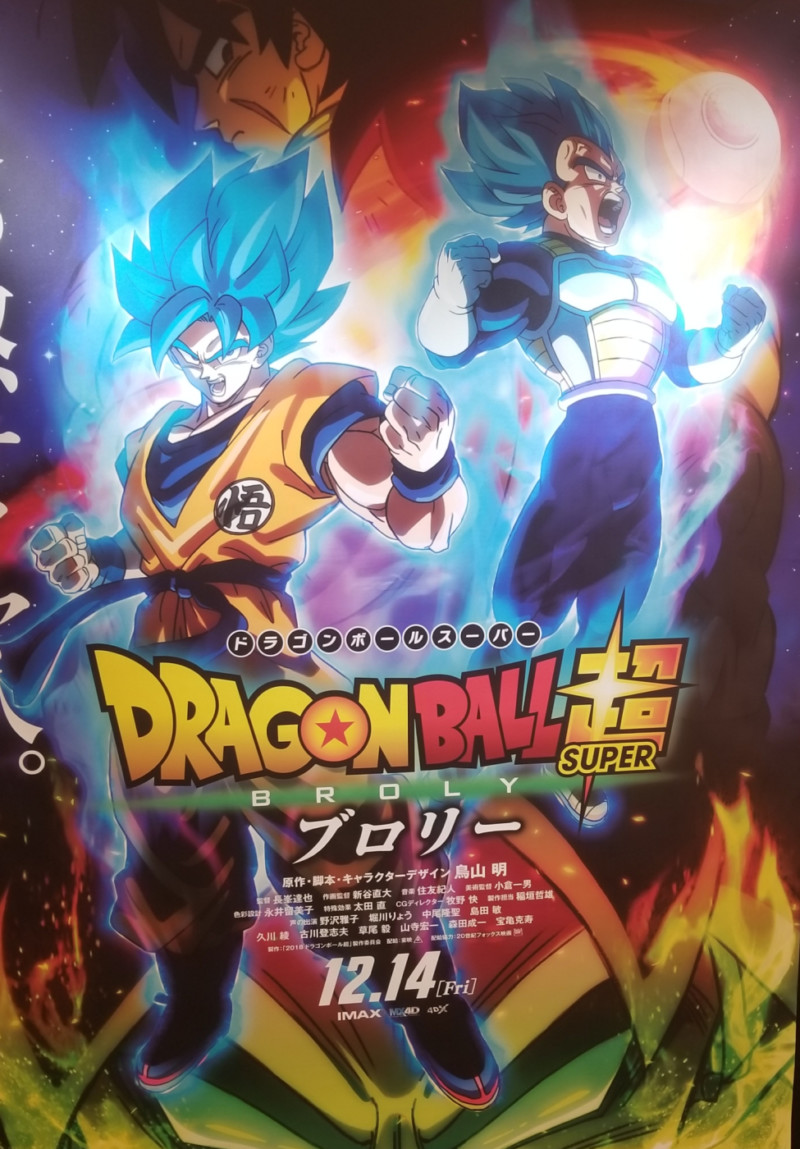 The event took up the floor space of the mall, with the shop in the center, and the massive life-size statues guarding the front and sides.

Some of the walls also featured character illustration panels from the movie, as well as my favorite part: every single “Dragon Ball” movie poster to date! I watched many of these movies growing up, so checking out these key visuals from the 90’s was really nostalgic for me. My favorite old DBZ movie was probably “Wrath of the Dragon,” though I fondly remember the first Broly movie as well. What’s your favorite DBZ movie?

The front side of the display was the event shop itself, which offered a wide variety of “Dragon Ball” items, from food and drinks, to costumes, keychains and other collectibles.

But the absolute best part of the pop-up event was the animatronic Frieza, whose lip movements were so realistic, it was both terrifying and hard to look away!

I apologize for forgetting to turn my smartphone sideways here. I was so mesmerized by Frieza’s… umm… mouth… that I just shot it as soon as I saw it.

Frieza’s lower half was not visible due to the clouded glass. I’m assuming the bulk of the electronics were hidden there out of sight.

While this event was mostly just a pop-up shop, a lot of effort was put into the displays (and making Frieza as creepy as possible), so it was definitely worth checking out. Hopefully we’ll see Frieza, and some of the other life-size pieces at future events, too!