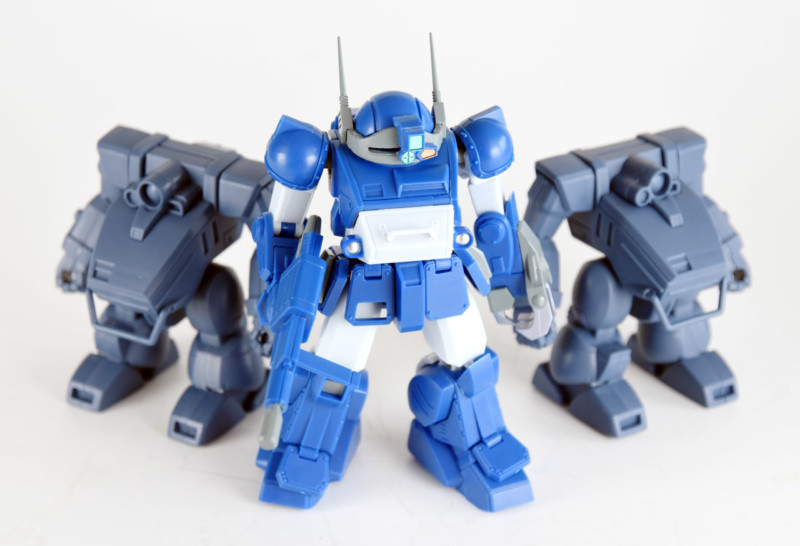 Following the unboxing, here is the review for the new 1/48 scale Actic Gear VOTOMS set comprising the Quent arc from the original Armored Trooper VOTOMS. This is a marked improvement over the Kummen arc set and is definitely something you should pick up if you are a fan of the series.

While the Actic Gear line has been around for a good while now, Takara Tomy is clearly trying to reboot it with these recent releases. The first of these was the Kummen arc set and that was generally pretty good. However, this new Quent arc set is a lot better in terms of the general durability and playability of each of the figures included. 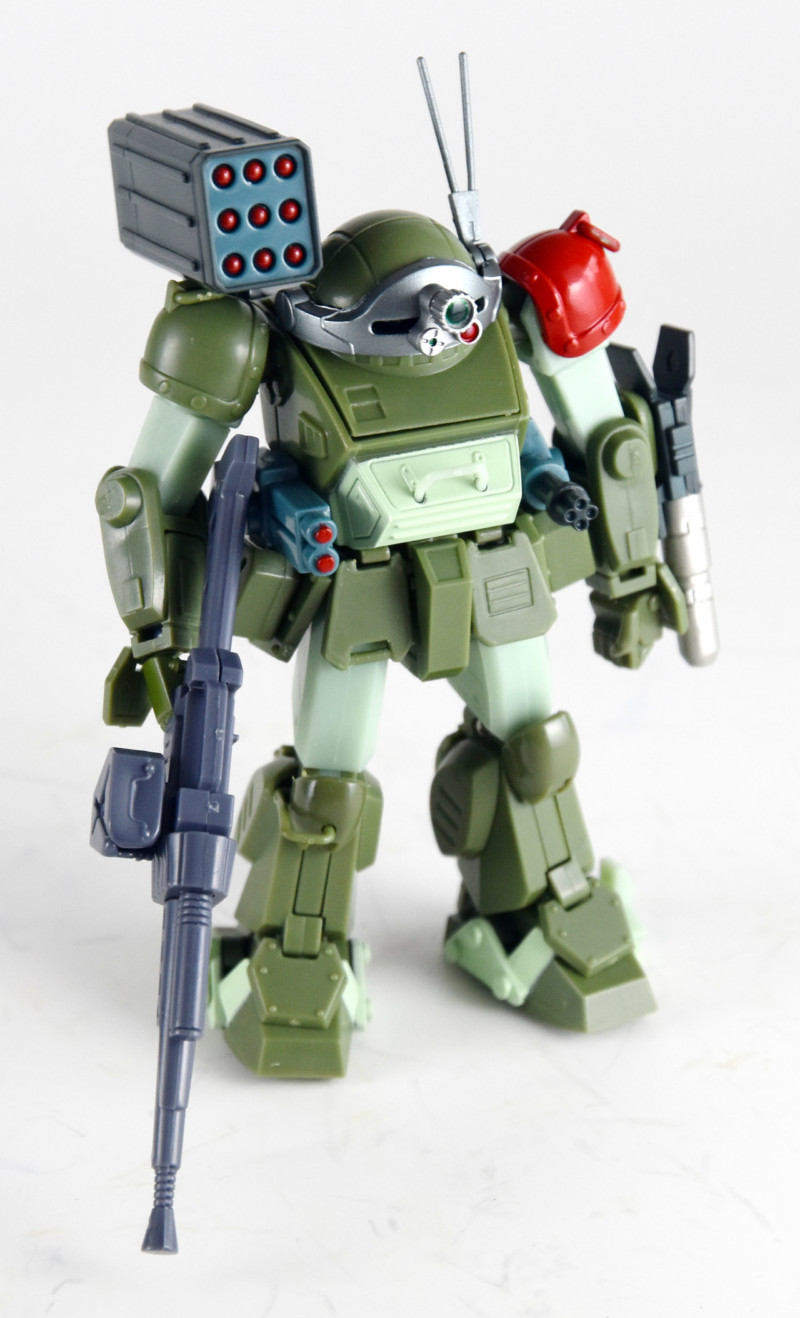 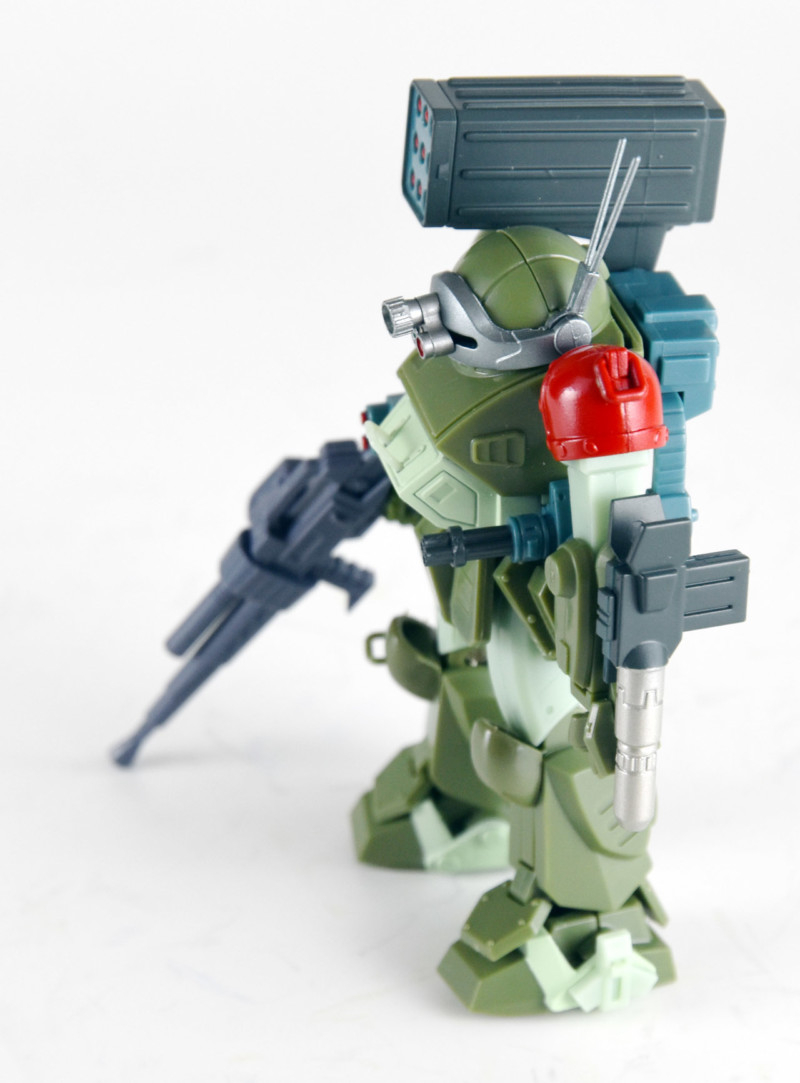 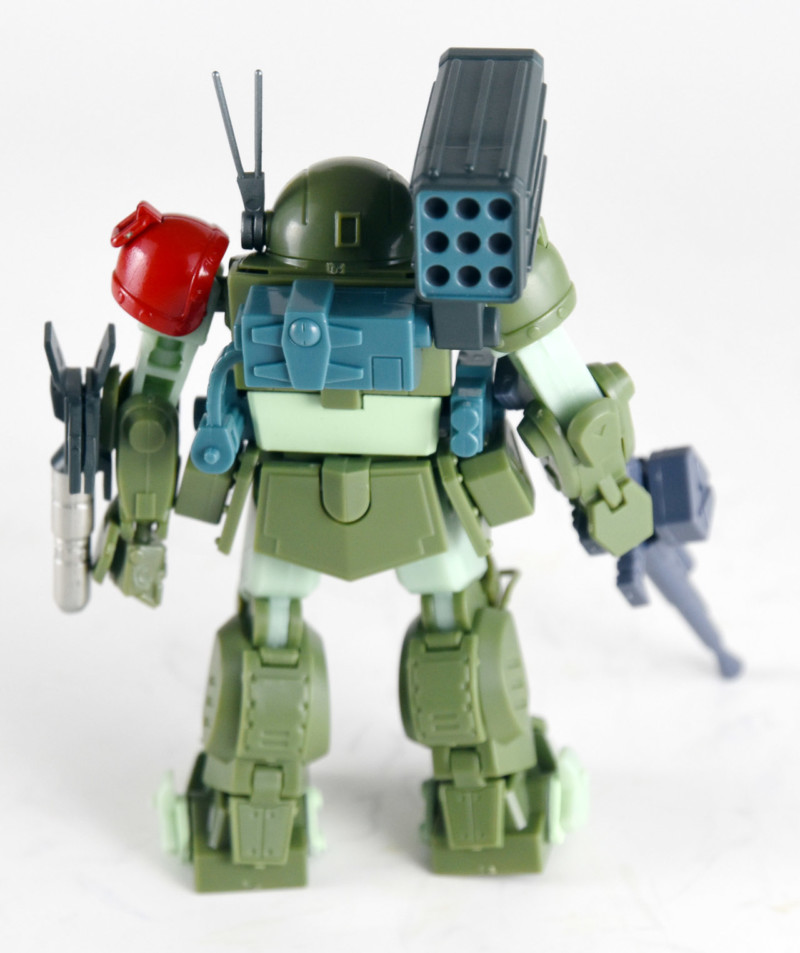 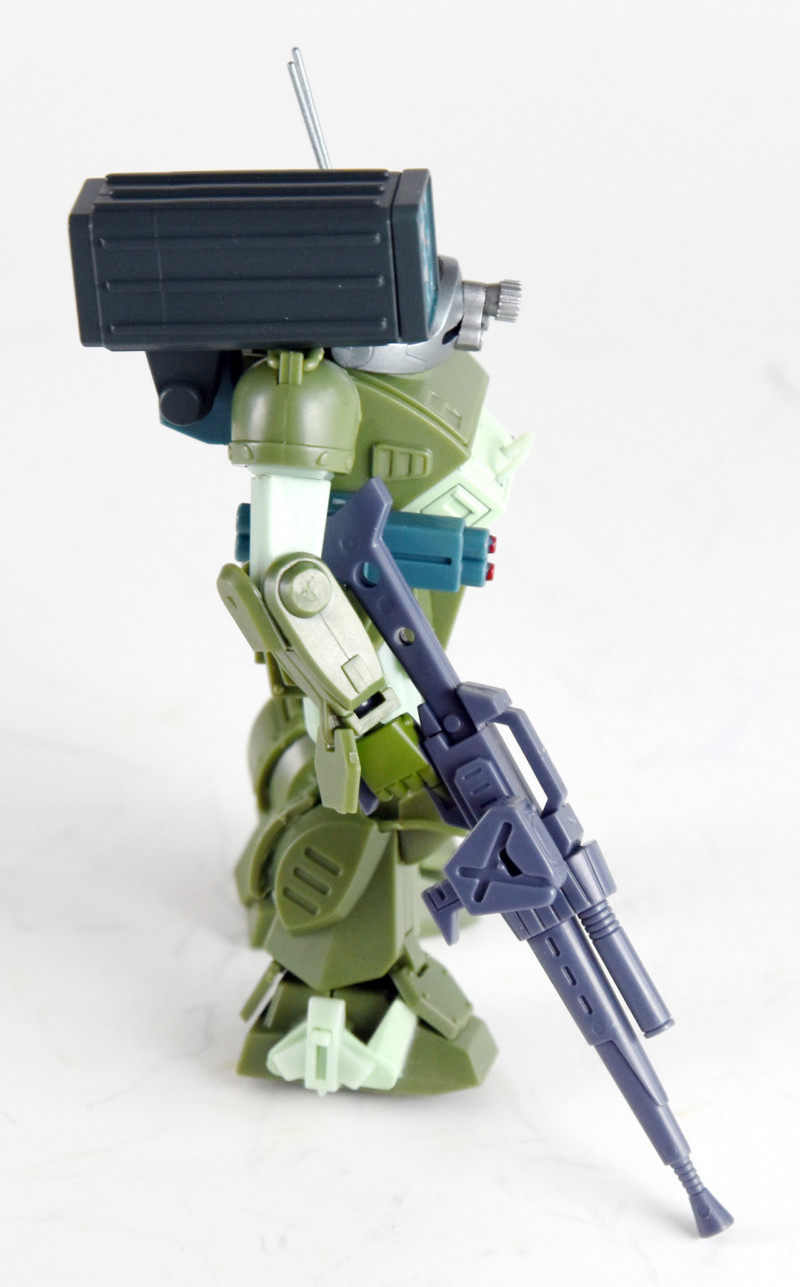 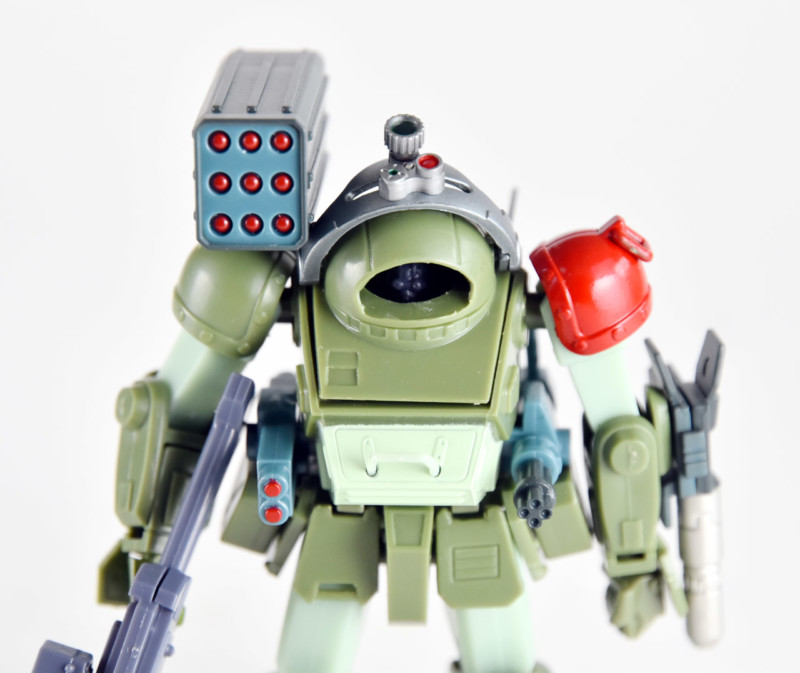 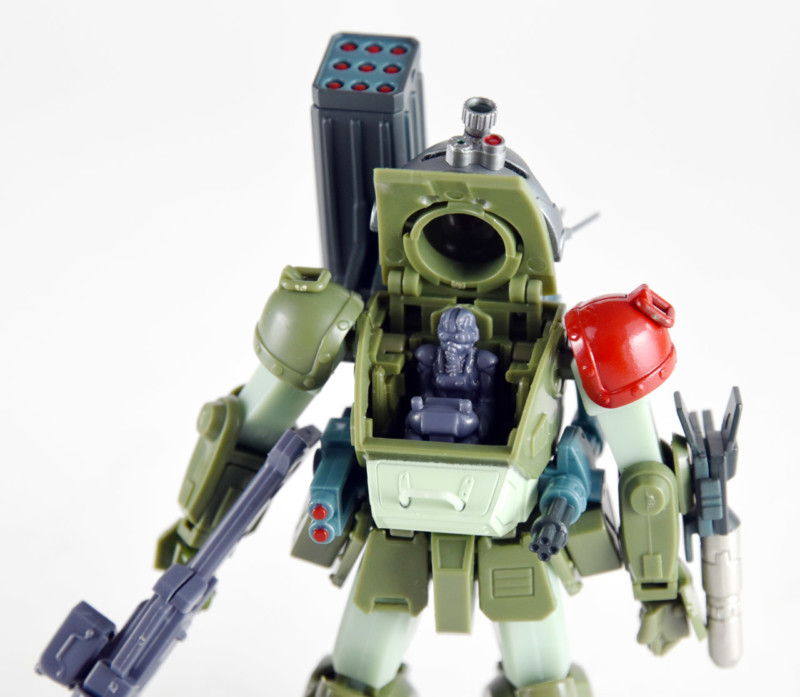 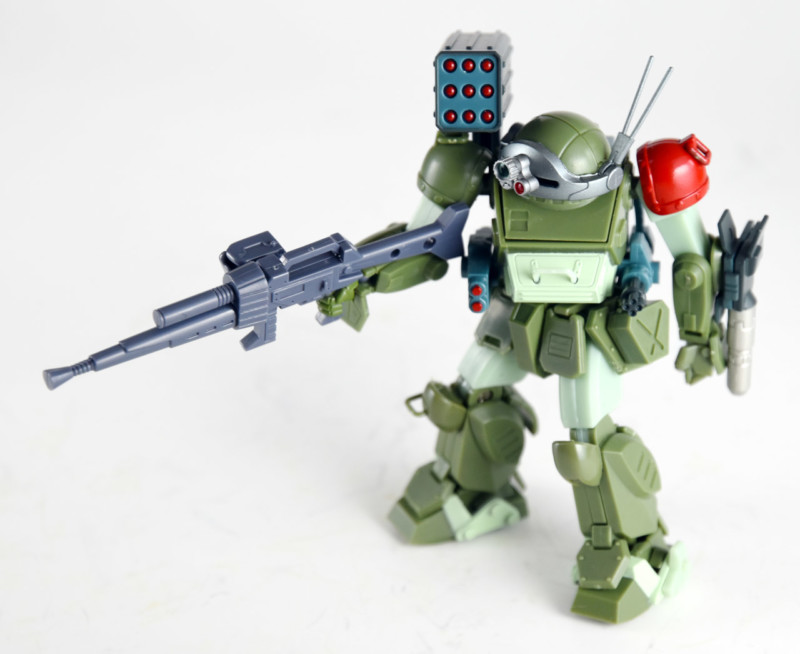 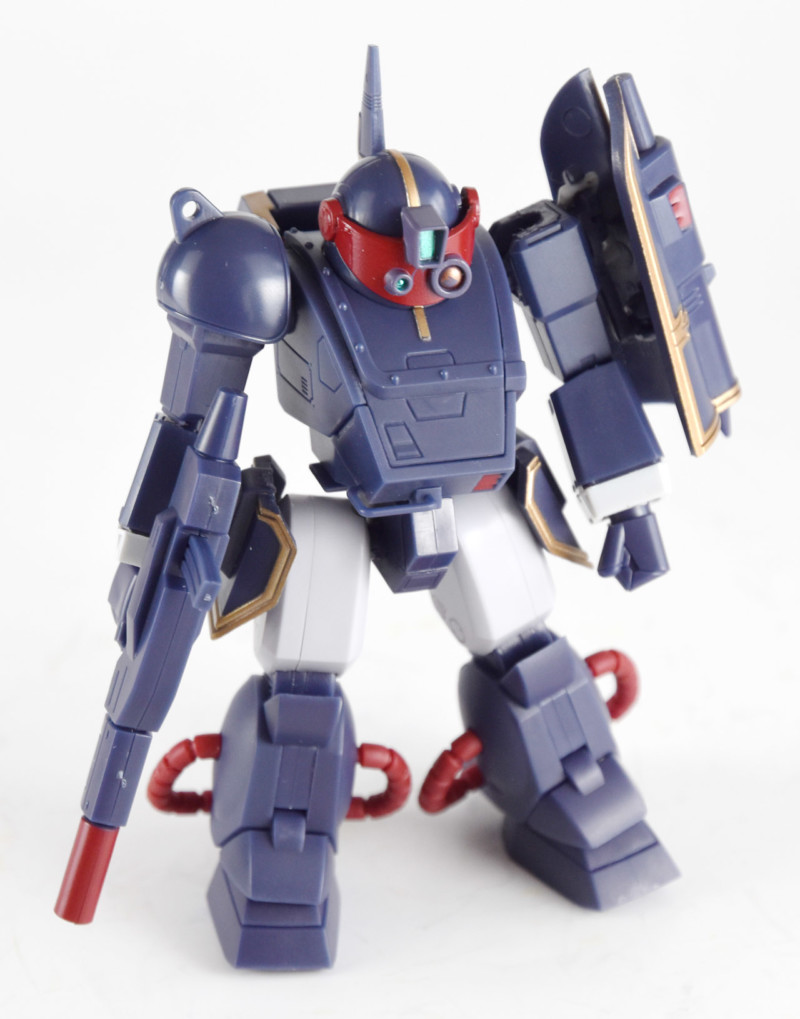 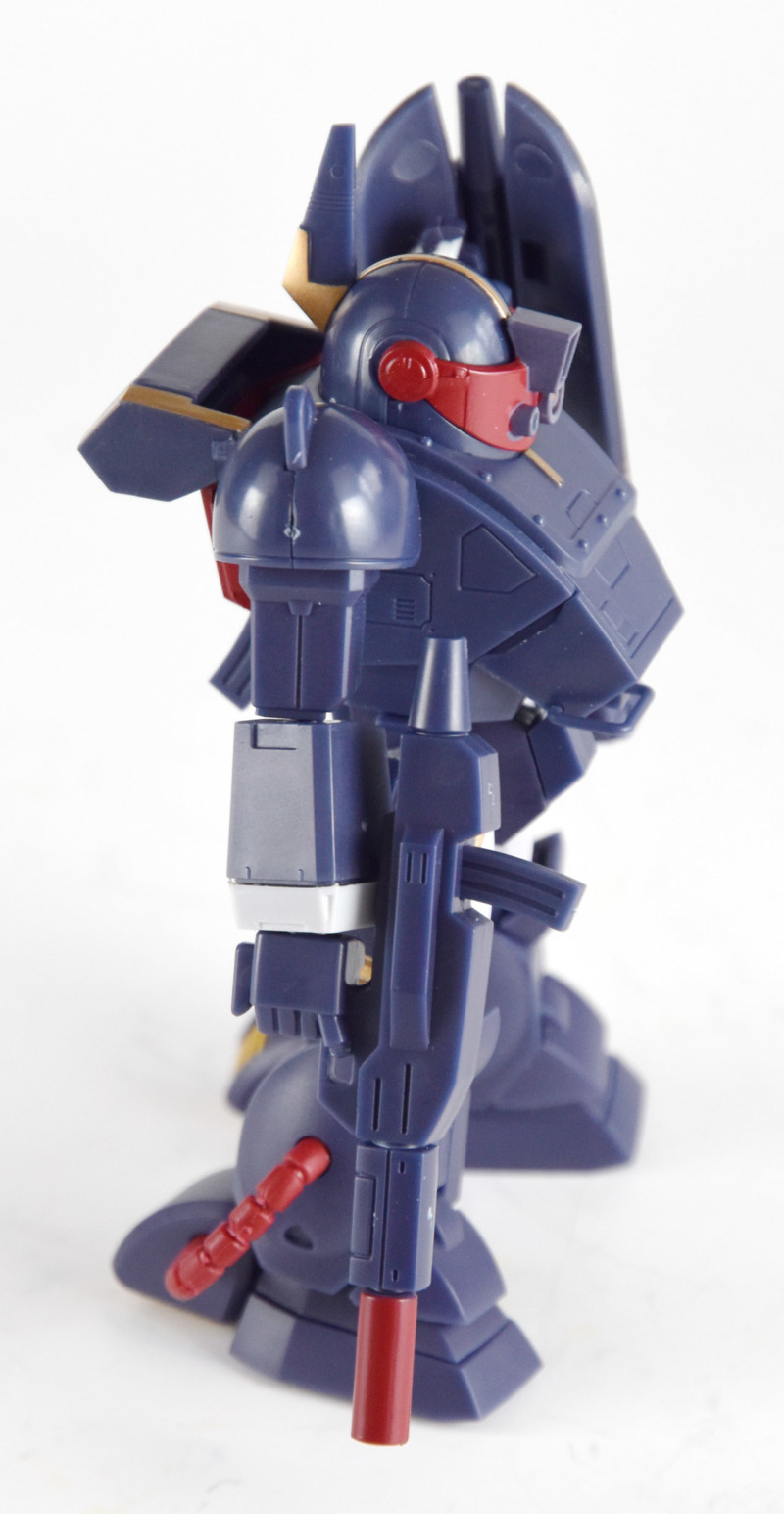 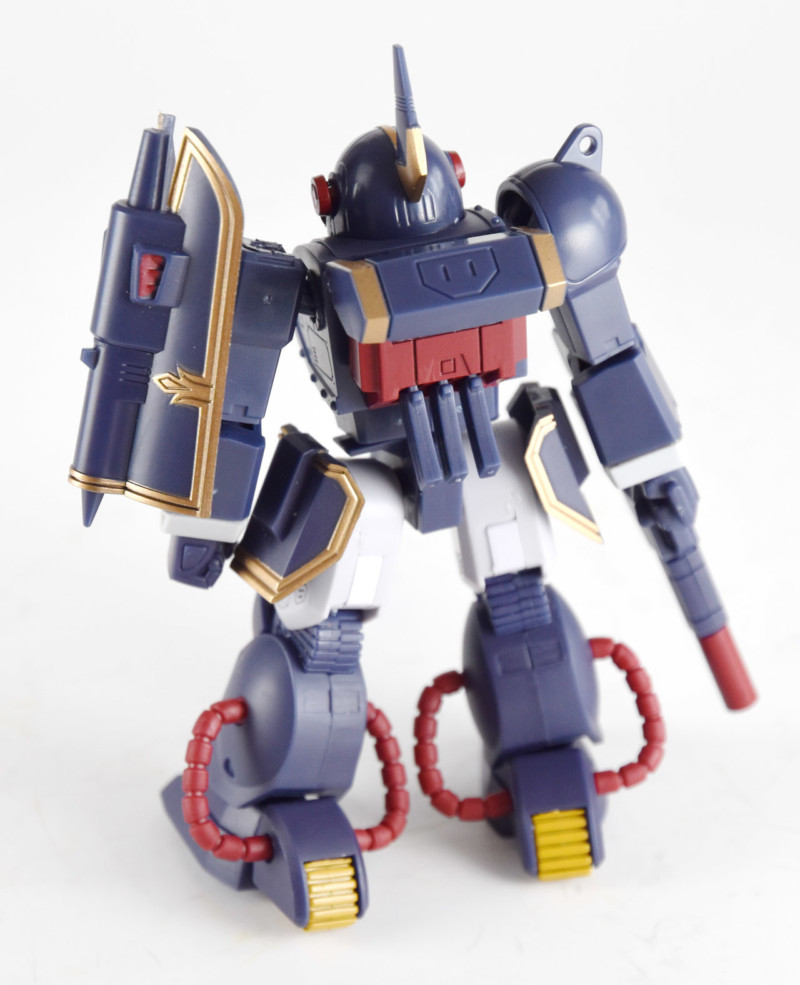 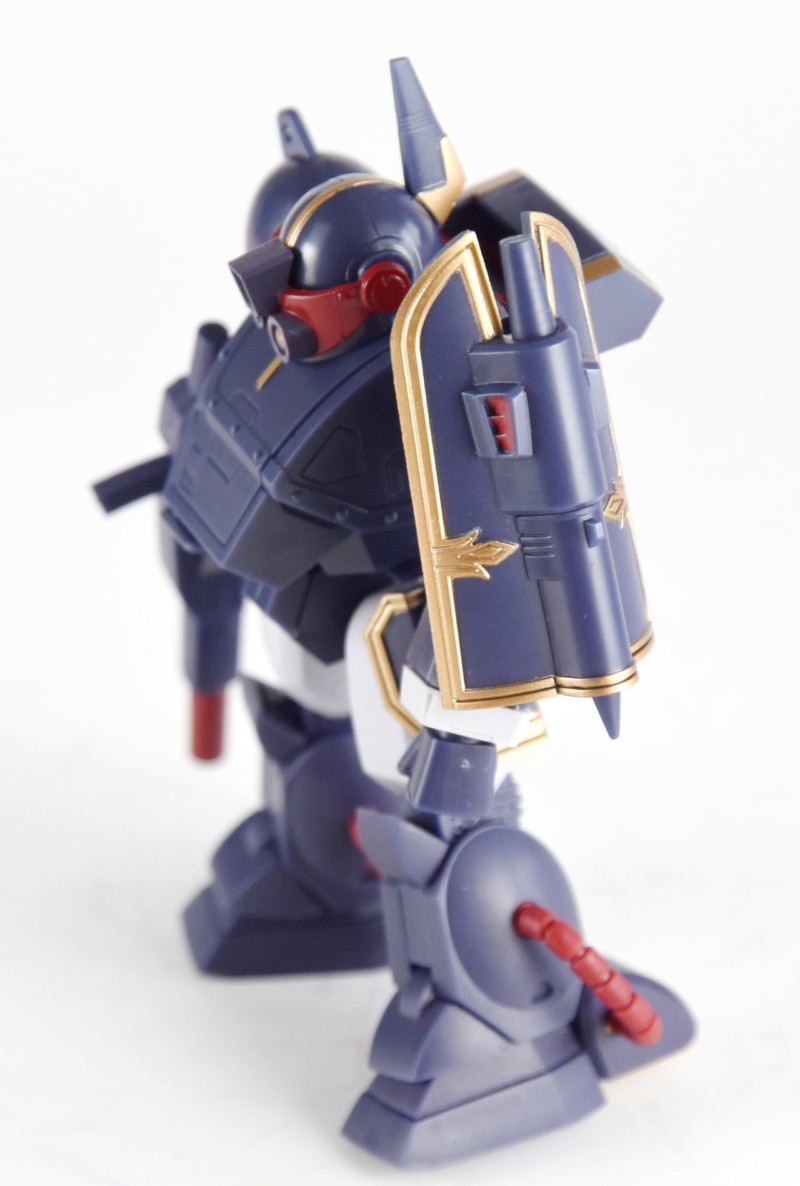 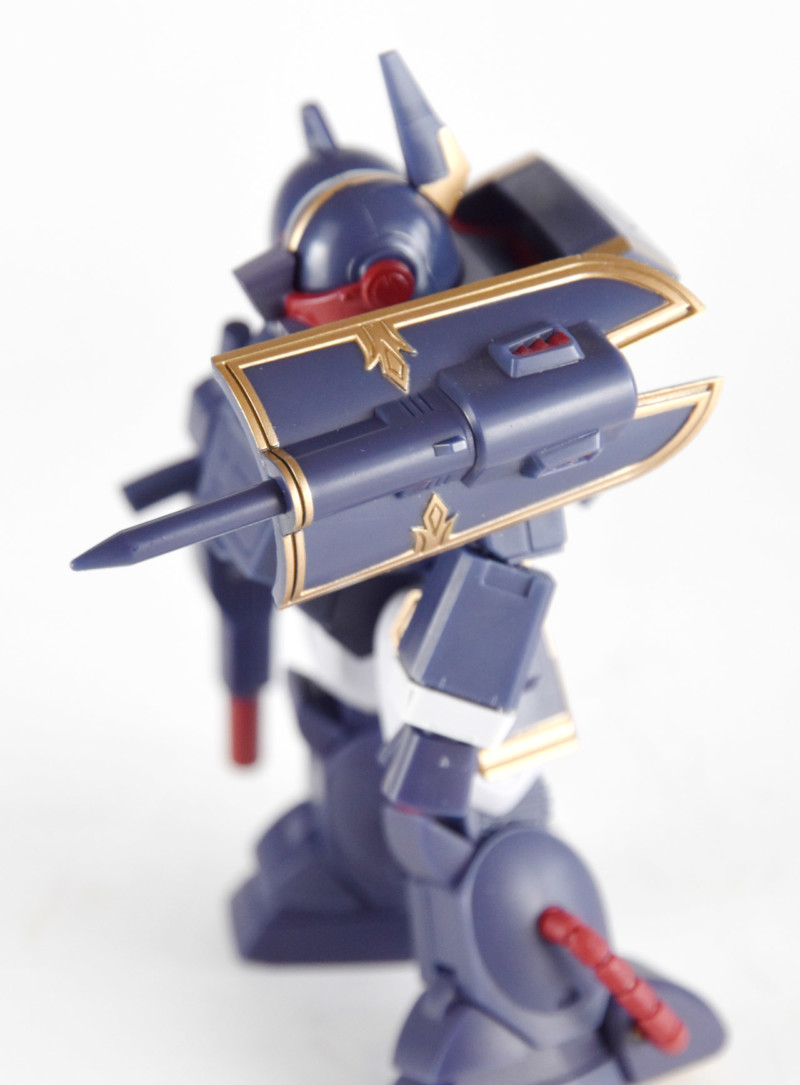 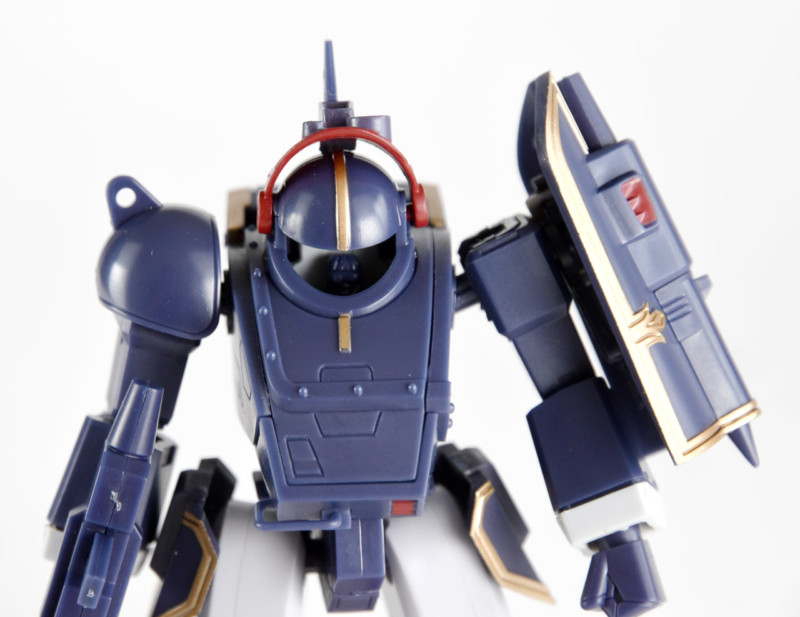 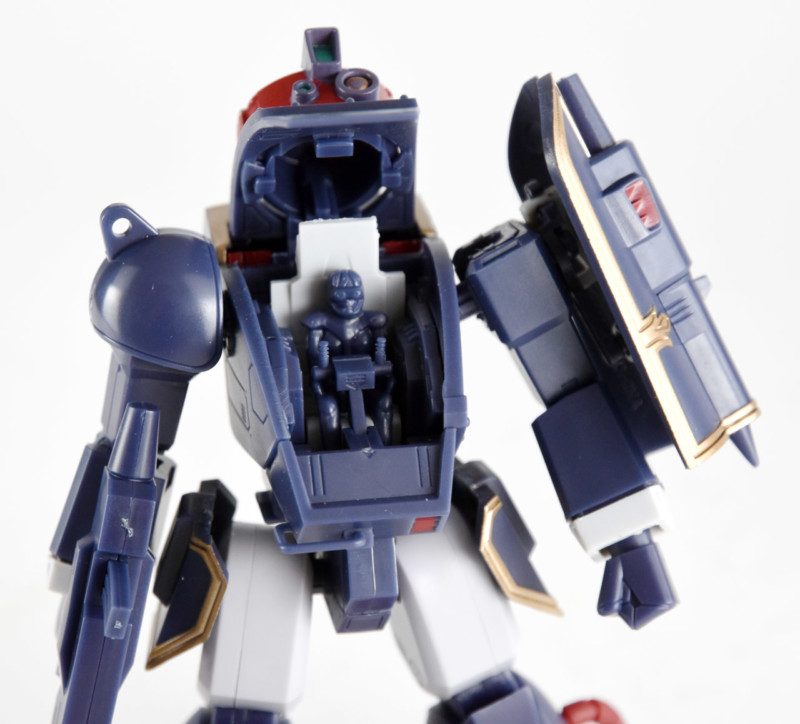 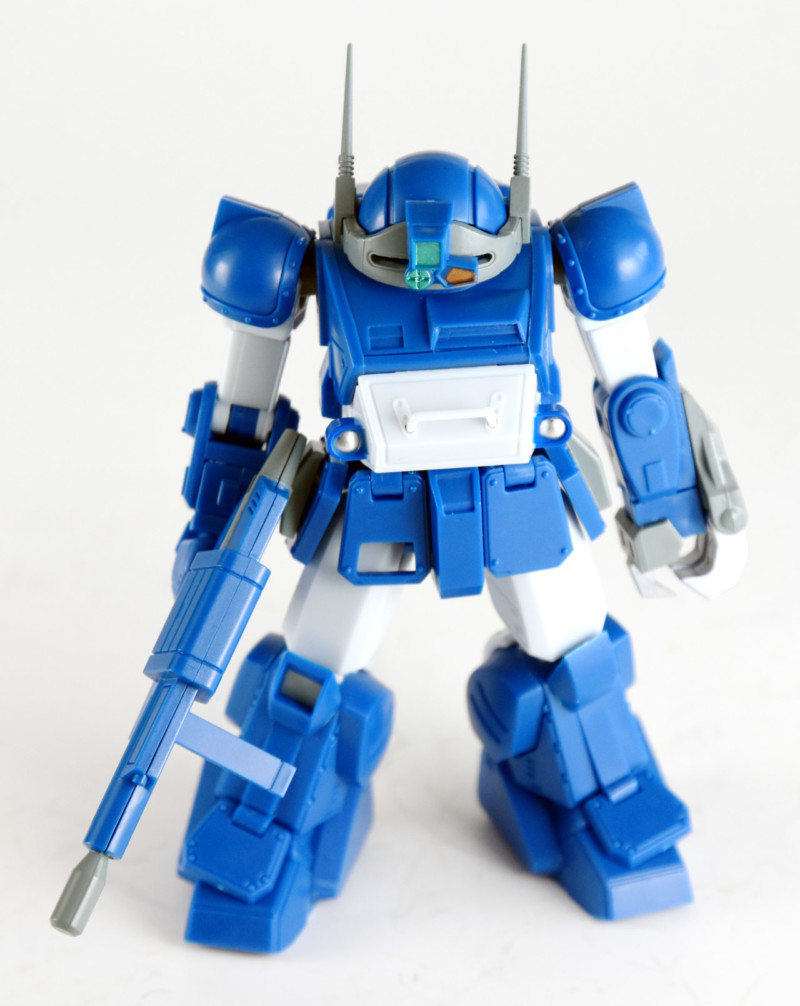 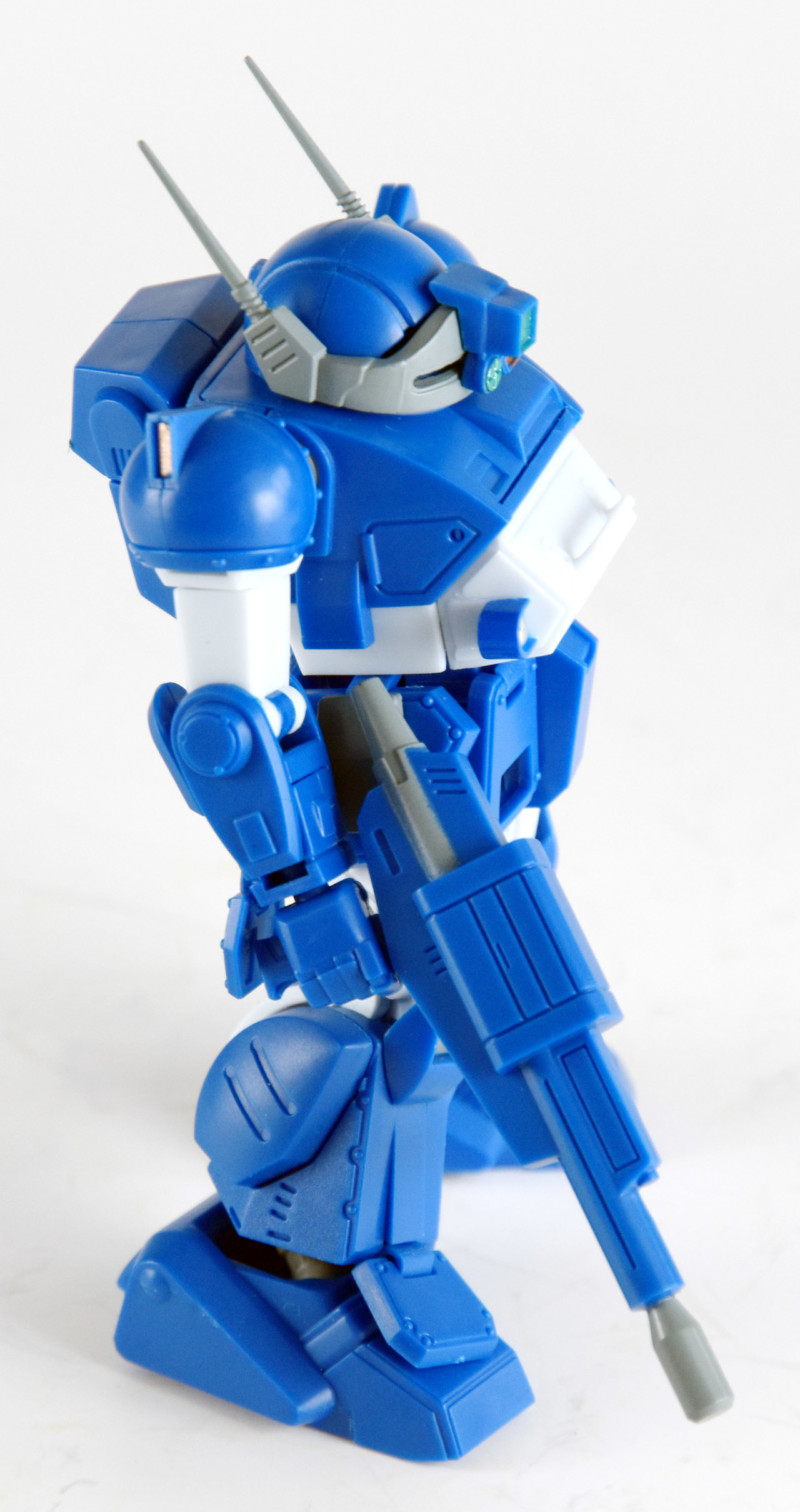 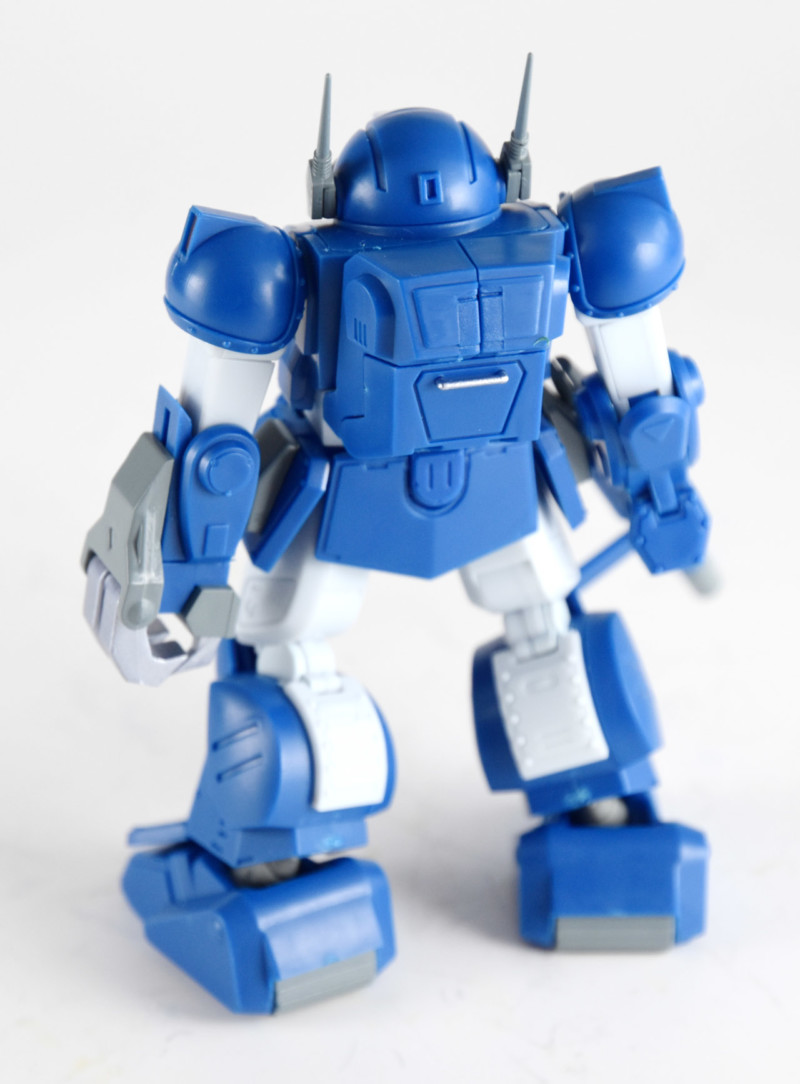 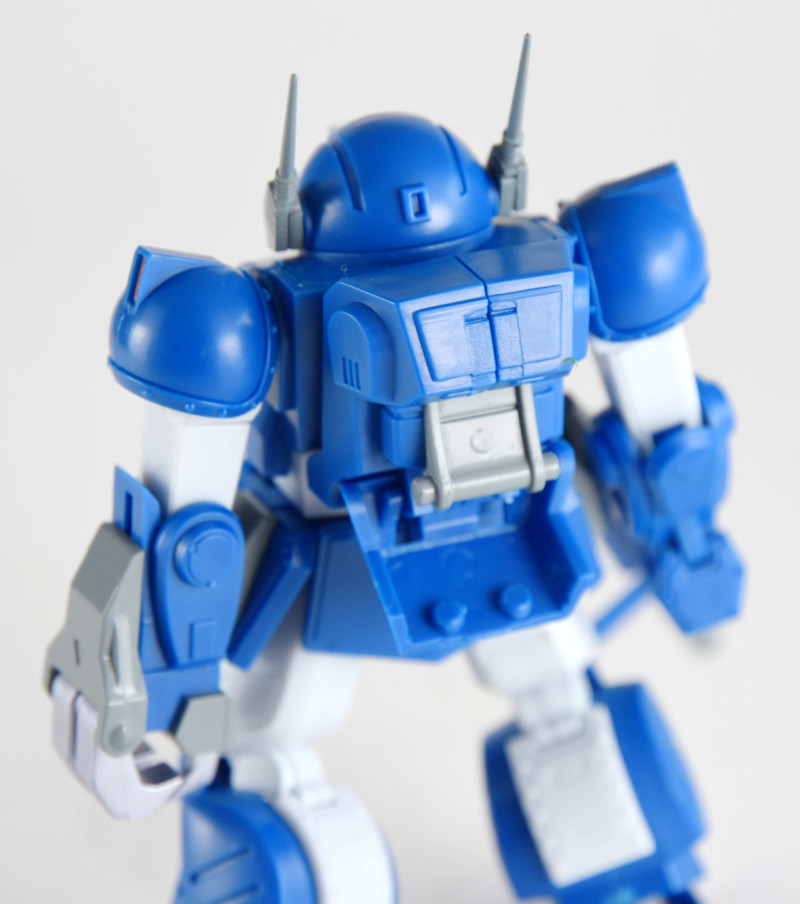 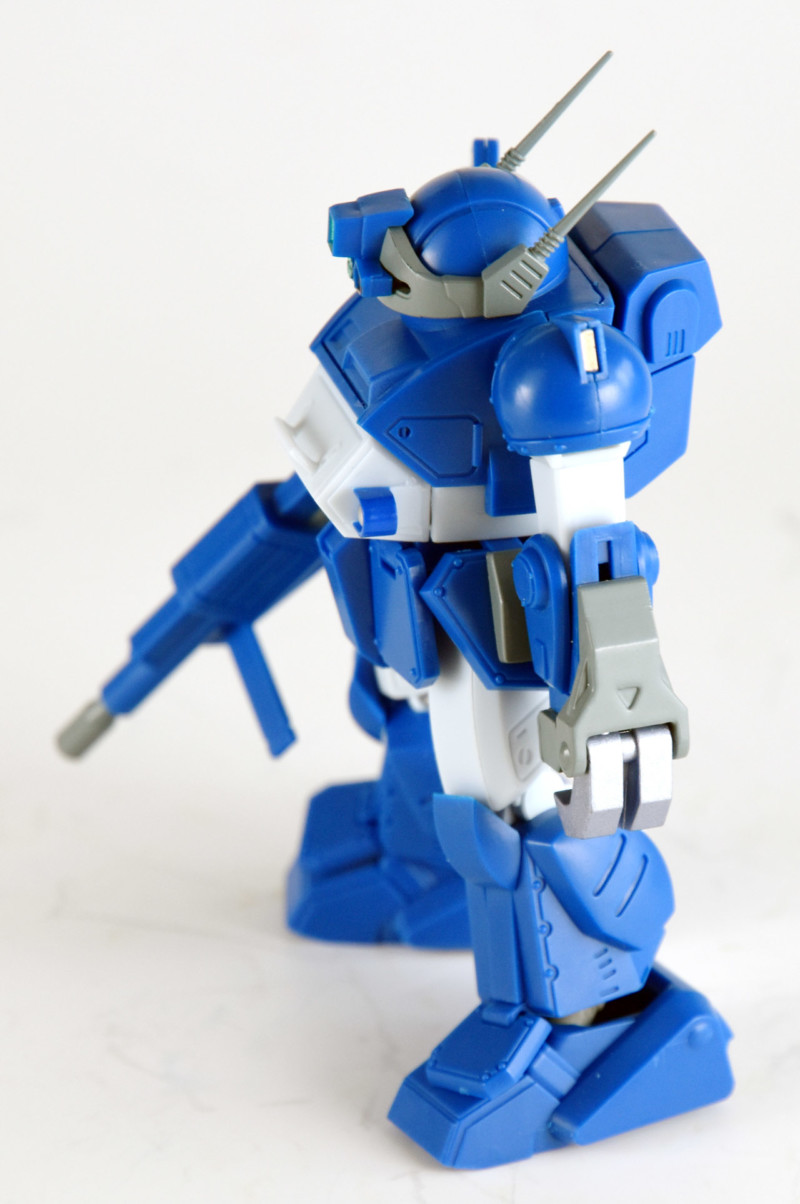 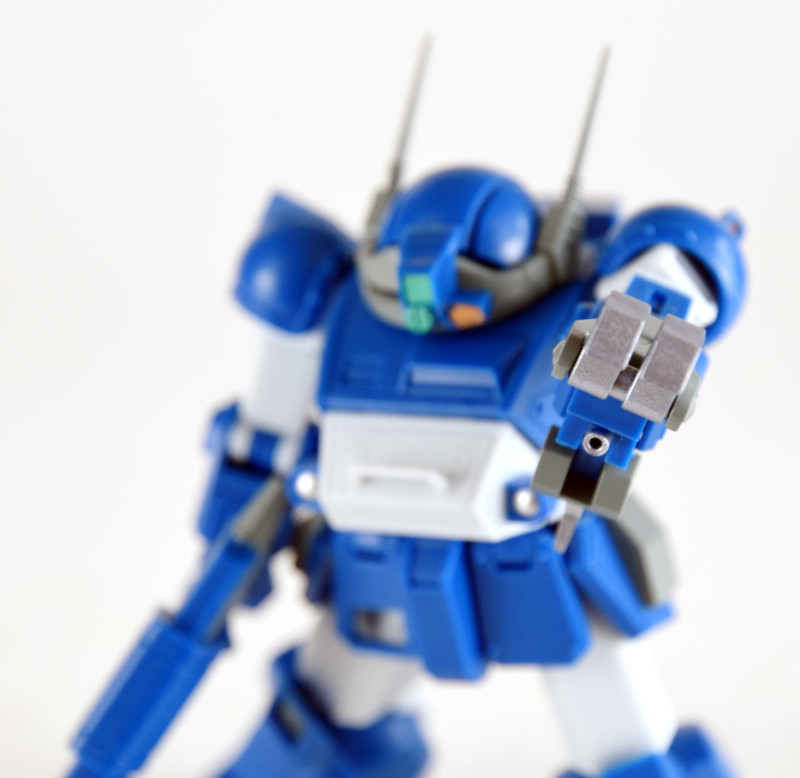 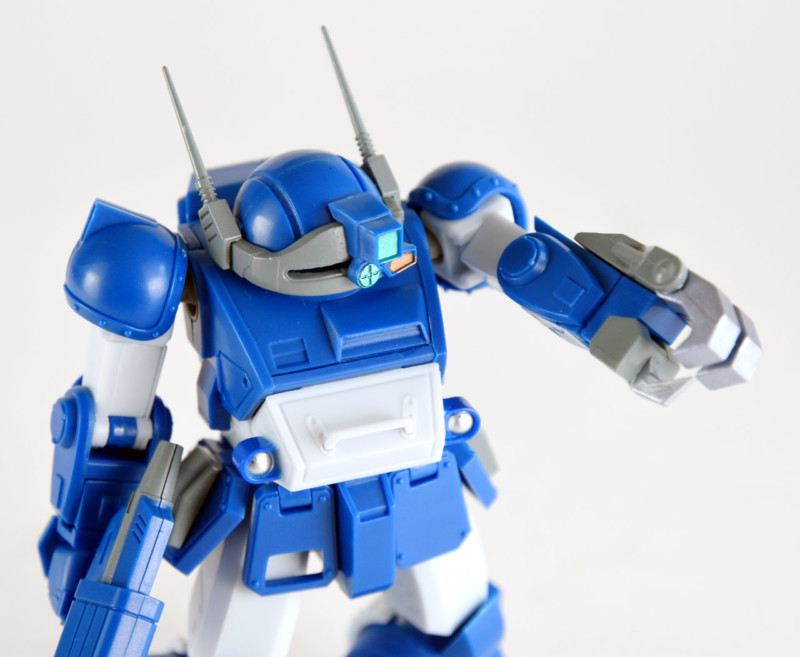 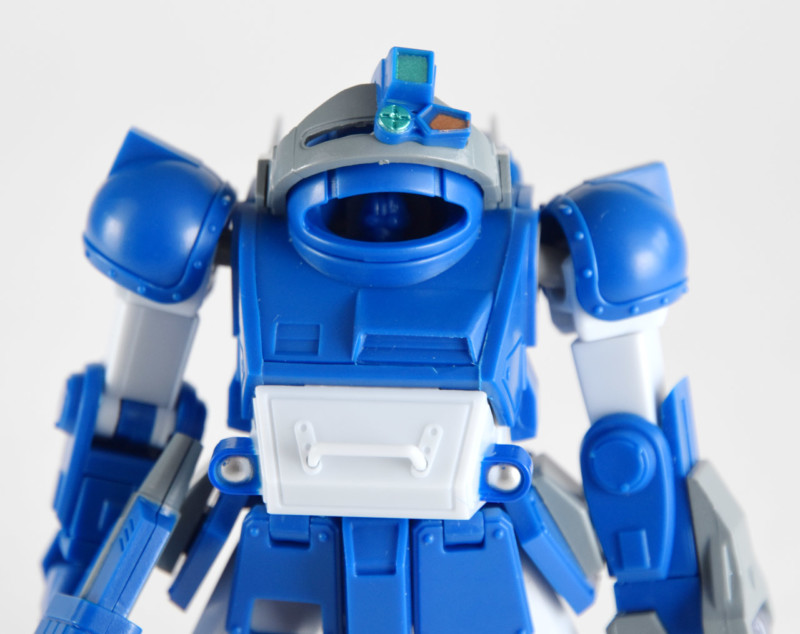 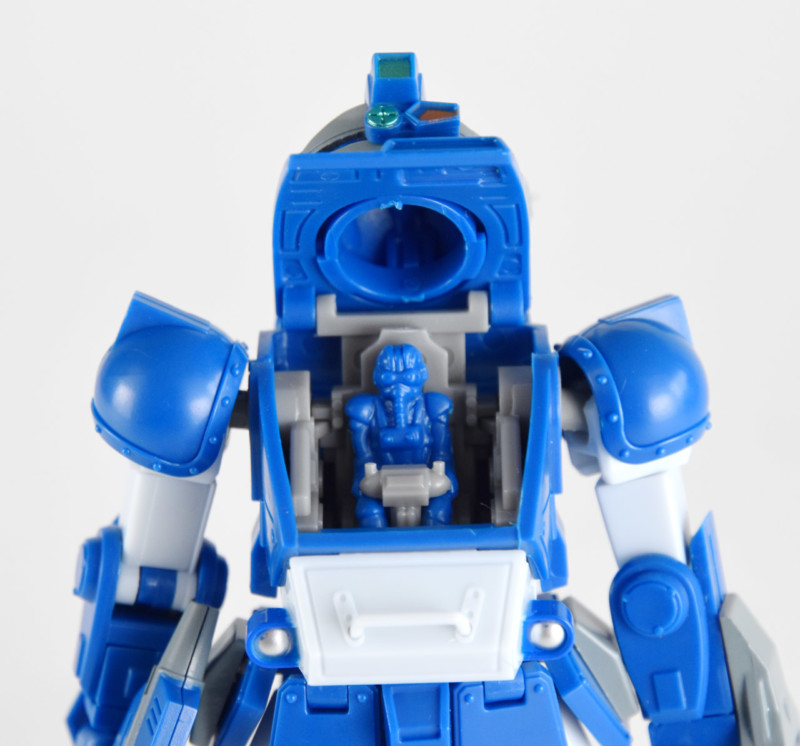 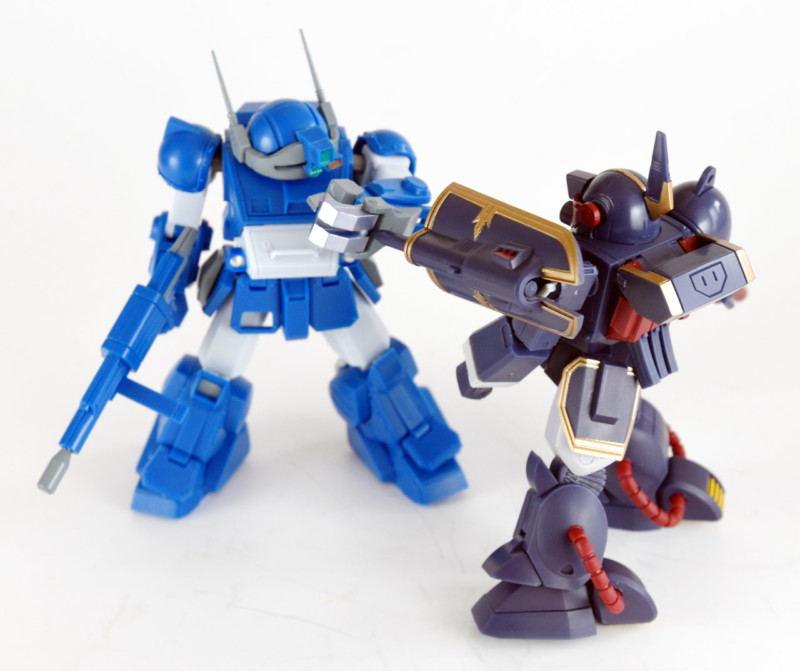 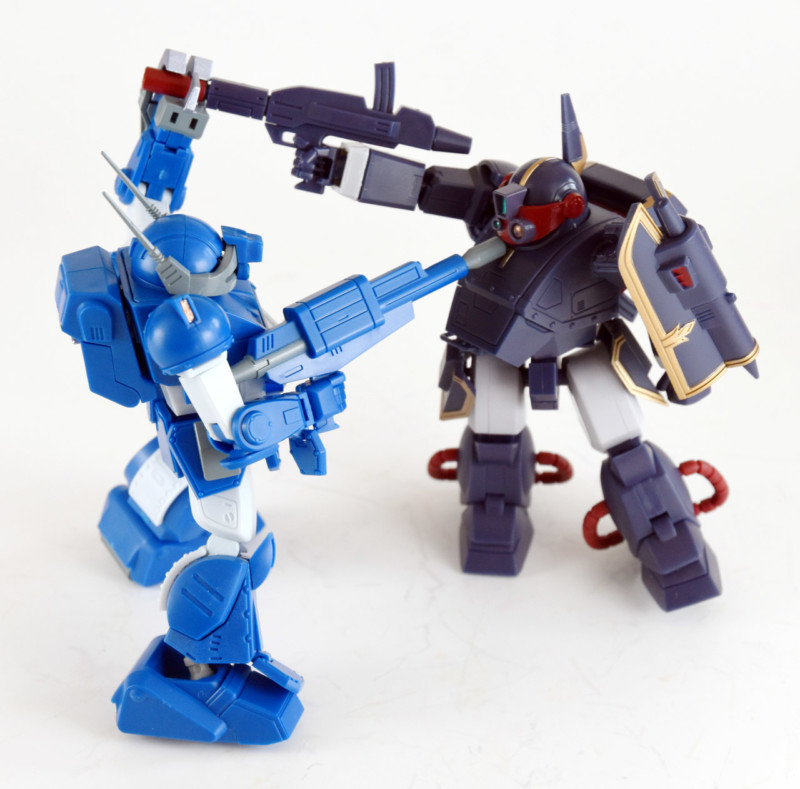 The Actic Gear toys require some assembly out of the box but the main figures are pre-assembled. This means you end up affixing armor plating and other small elements. The Red Shoulder Custom arguably has the most of these in this set but overall the assembly here is minimal, even for the Zwerg kits also included.

Starting with the Red Should Custom, this is from early on in the series and is very nicely done here. Not an official roll-out version of the Scopedog, it is cobbled together by Chirico Cuvie and his friends when they are in a tight spot. This means the titular Red Shoulder is the wrong color and also on the wrong shoulder.

This toy of it, though, is very nicely done and has very nice paintwork and detailing. All the extra weapons are also very well reproduced, with the red missile tips being a nice point. You can also open up the cockpit and look inside, though this is present on the other figures, too.

Following this, we have the Berserga DT. This is a desert-modified version of the Berserga WP from the Kummen arc set. This means it has different feet, gun, head armor, and a darker more mauve coloring. This is actually piloted by Fyana in the series, rather than Ru Shako, and is quite a potent armored trooper. Again, like in the Kummen arc set, it includes the pile bunker on the left shoulder. This is very nicely articulated and can be posed in a variety of ways.

The detailing of the Berserga DT is also very nicely done and the paint scheme is again surprisingly high quality considering the reduced size of the figure.

However, the highlight of this Quent arc set is the Rabidlydog. While the other two figures are an improvement over the toys in the Kummen arc set, this Rabidlydog is something else entirely and is arguably worth the price of entry for this whole Quent arc set.

Again, the detailing and paint scheme is very well done and the addition of the Zwerg kits is fantastic. While the kits are pretty basic, with only shoulder and hip joints for movement, the sculpt and scaling is spot on.

Like with the Kummen arc set, this Quent arc set is best when you do your own little dioramas. While the Red Shoulder Custom is somewhat out of place here, having the Berserga DT and Rabidlydog face off is great fun.

Overall, this is a very nice set of dinky armored trooper toys. They are all very nicely done and a marked improvement over prior Actic Gear releases. However, the crowning glory of this set is the Rabidlydog and is totally worth the combined price tag if you are interested in picking it up.