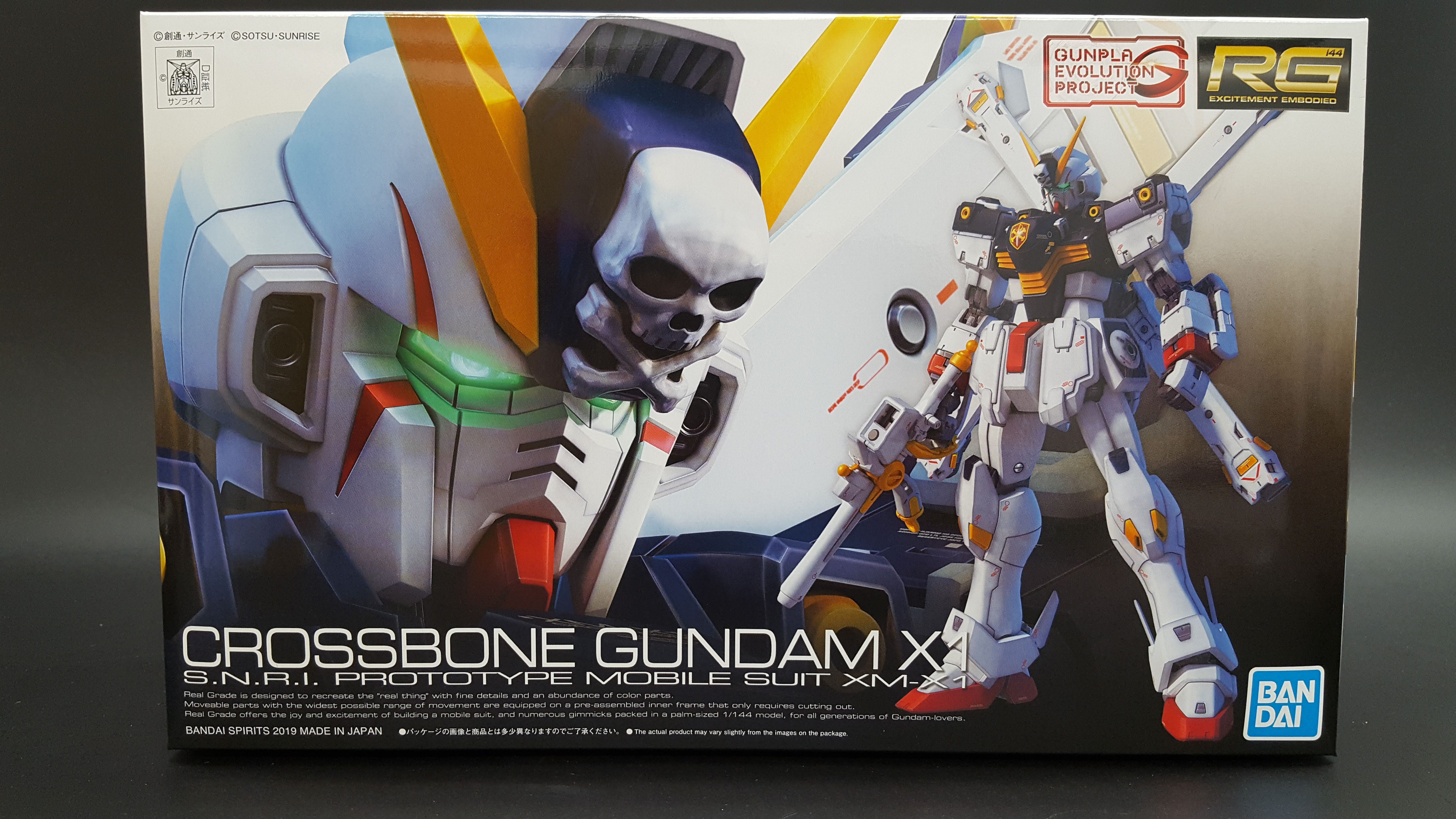 It’s here: the brand new RG Crossbone Gundam. We’ve been waiting for this one, and were so excited to take it out of the box when the shipments arrived this morning!

This RG is all-new; every runner is stamped with a 2019 creation date, meaning you can absolutely expect something new from this build.

Are you excited? Let’s jump in! 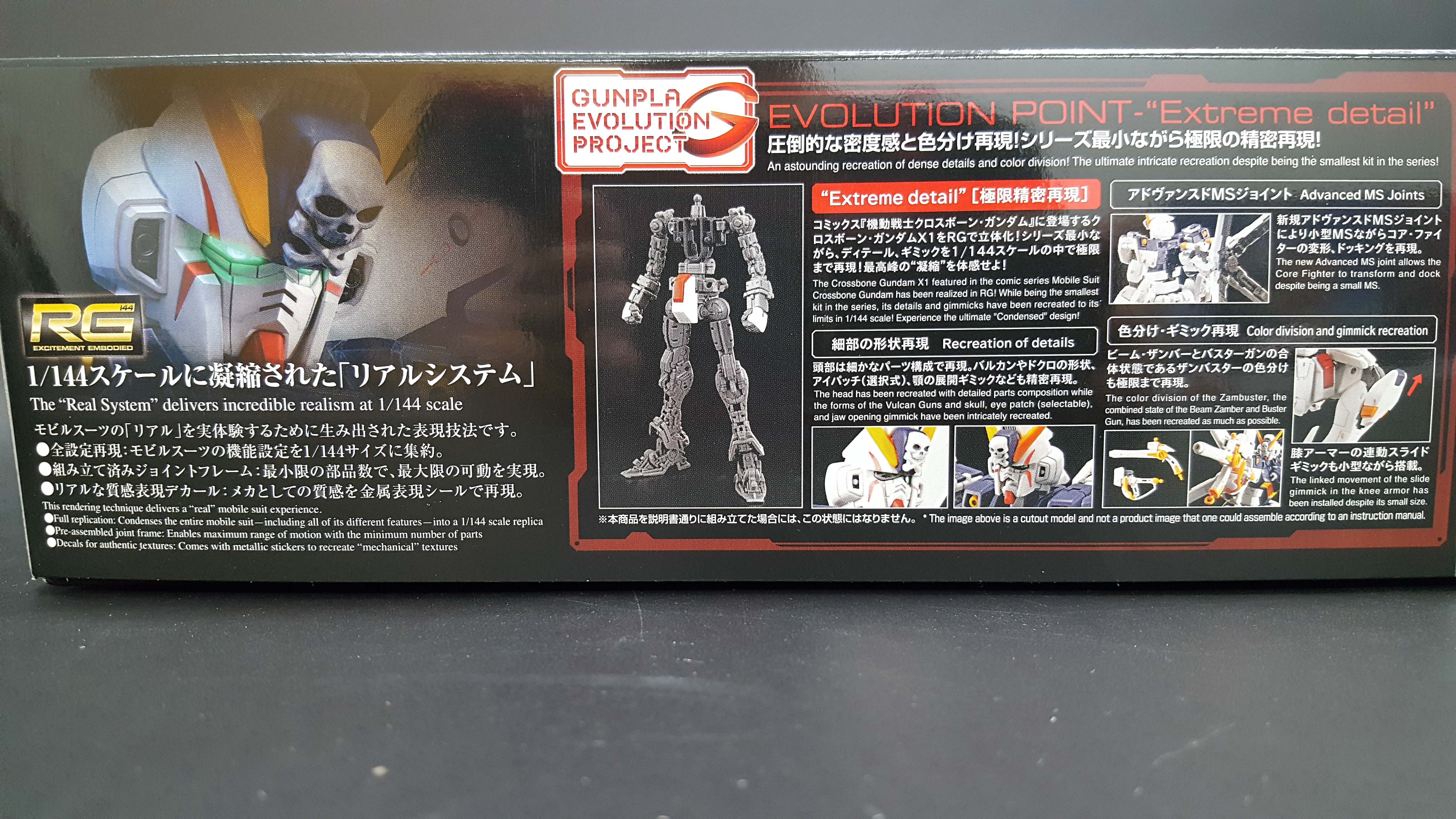 The Crossbone Gundam, featured in the comic series “Mobile Suit Crossbone Gundam” has been realized in RG! While being the smallest kit in the series, its details and gimmicks have been recreated to its limits in 1/144 scale! Experience the ultimate “condensed” design!

The head has been recreated with detailed parts composition while the forms of the Vulcan Guns and skull, eye patch (selectable), and jaw opening gimmick have been intricately recreated.

The new Advanced MS joint allows the Core Fighter to transform and dock despite being a small MS.

The color division of the Zambuster, the combined state of the Beam Zamber and Buster Gun, has been recreated as much as possible.

The linked movement of the slide gimmick in the knee armor has been installed despite its small size.

….this is a lot to take in! In short, it’s a pretty robust RG for being so small! 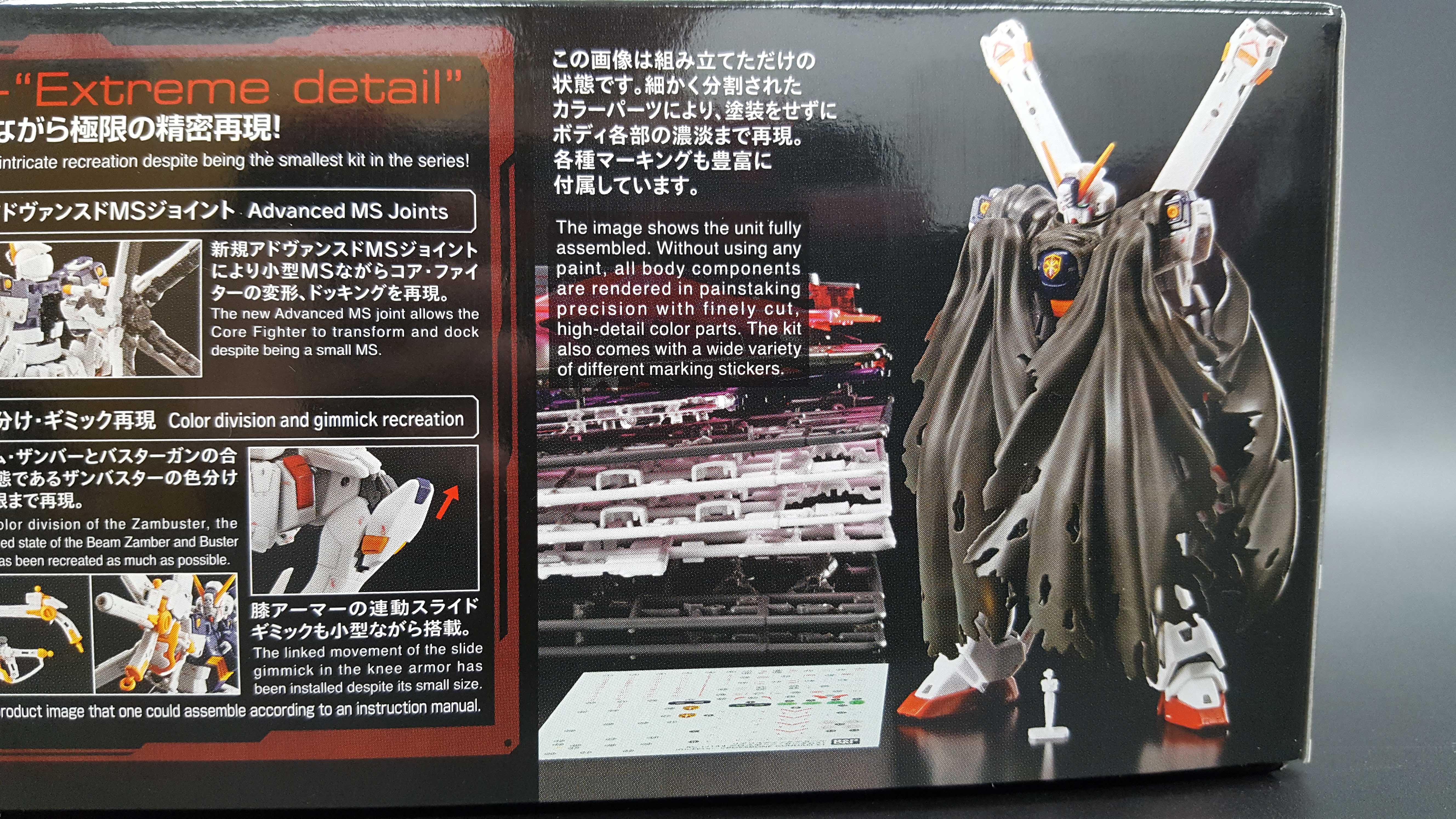 We’re given a preview of the completed kit in its cape without paint — though the cape obscures most of the body, so it’s hard to see much detail here. 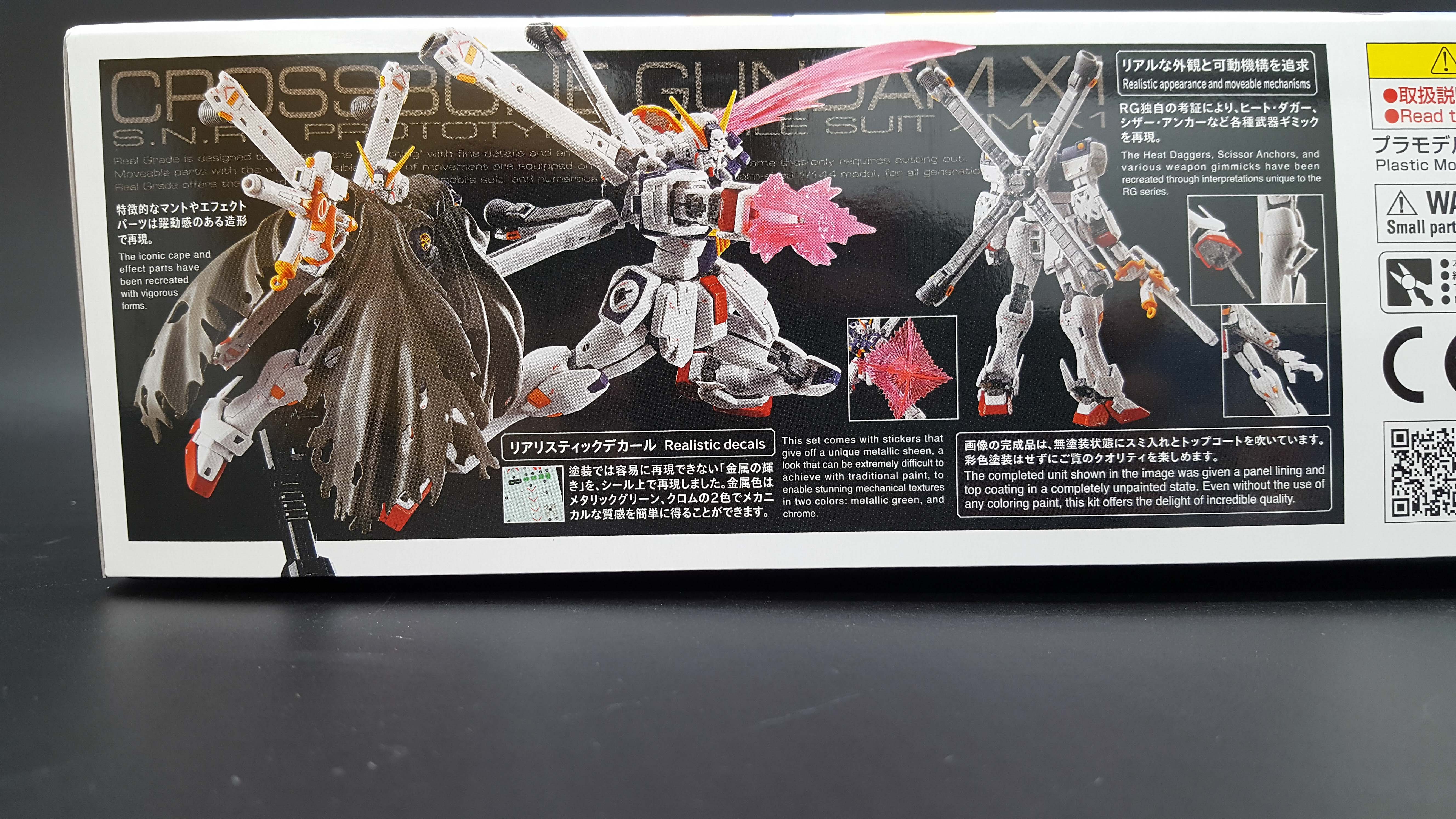 The iconic cape and effect parts have been recreated with vigorous forms.

The Heat Daggers, Scissor Anchors, and various weapon gimmicks have been recreated through interpretations unique to the RG series.

…fortunately, there are more shots of the kit here without paint, only with panel lining, so you get a pretty good idea of how sharp it looks out of the box. 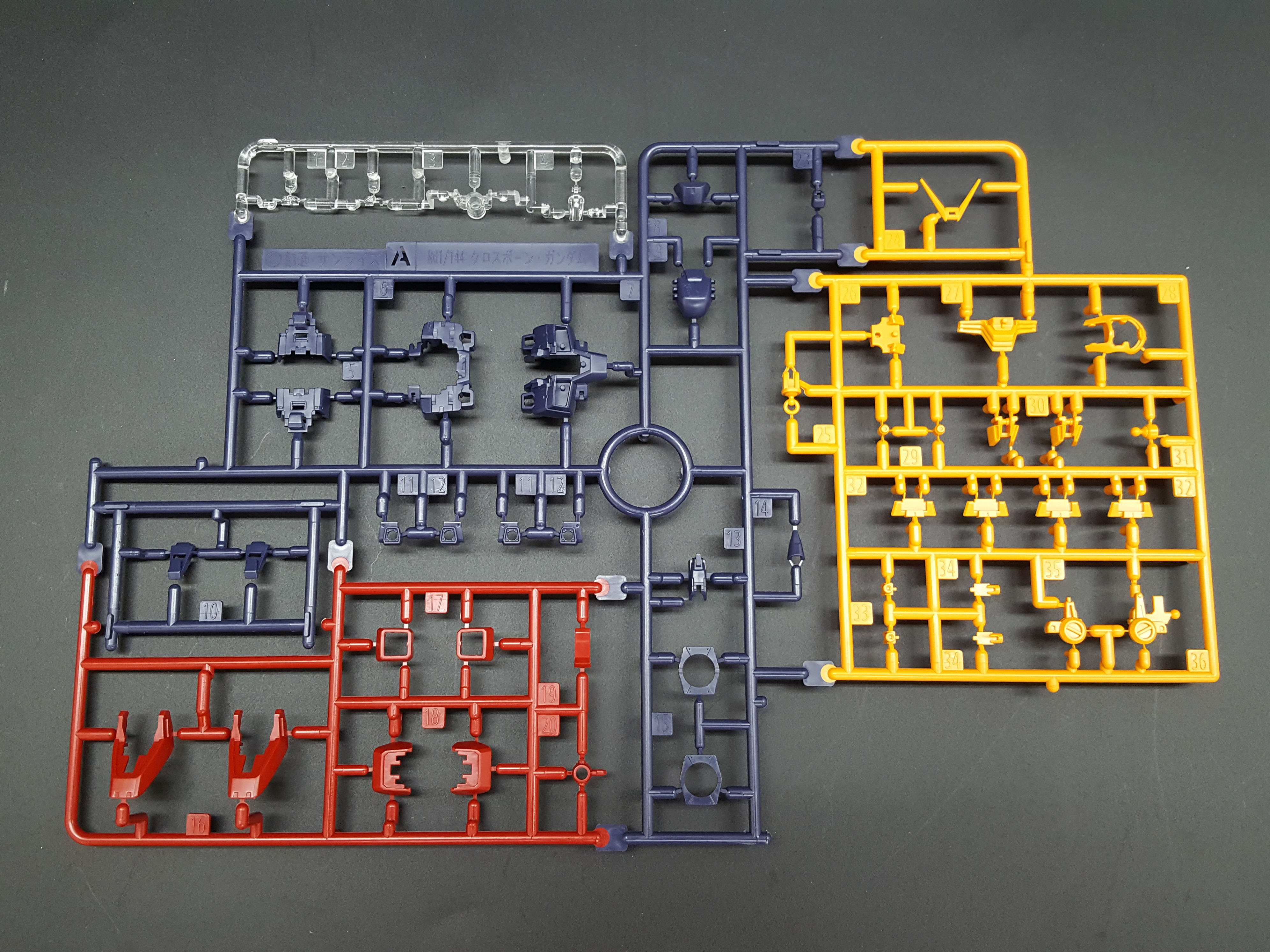 A: Clear, navy blue, red, and yellow. These are detail parts, a few foot parts, and I believe I see chest parts, too! 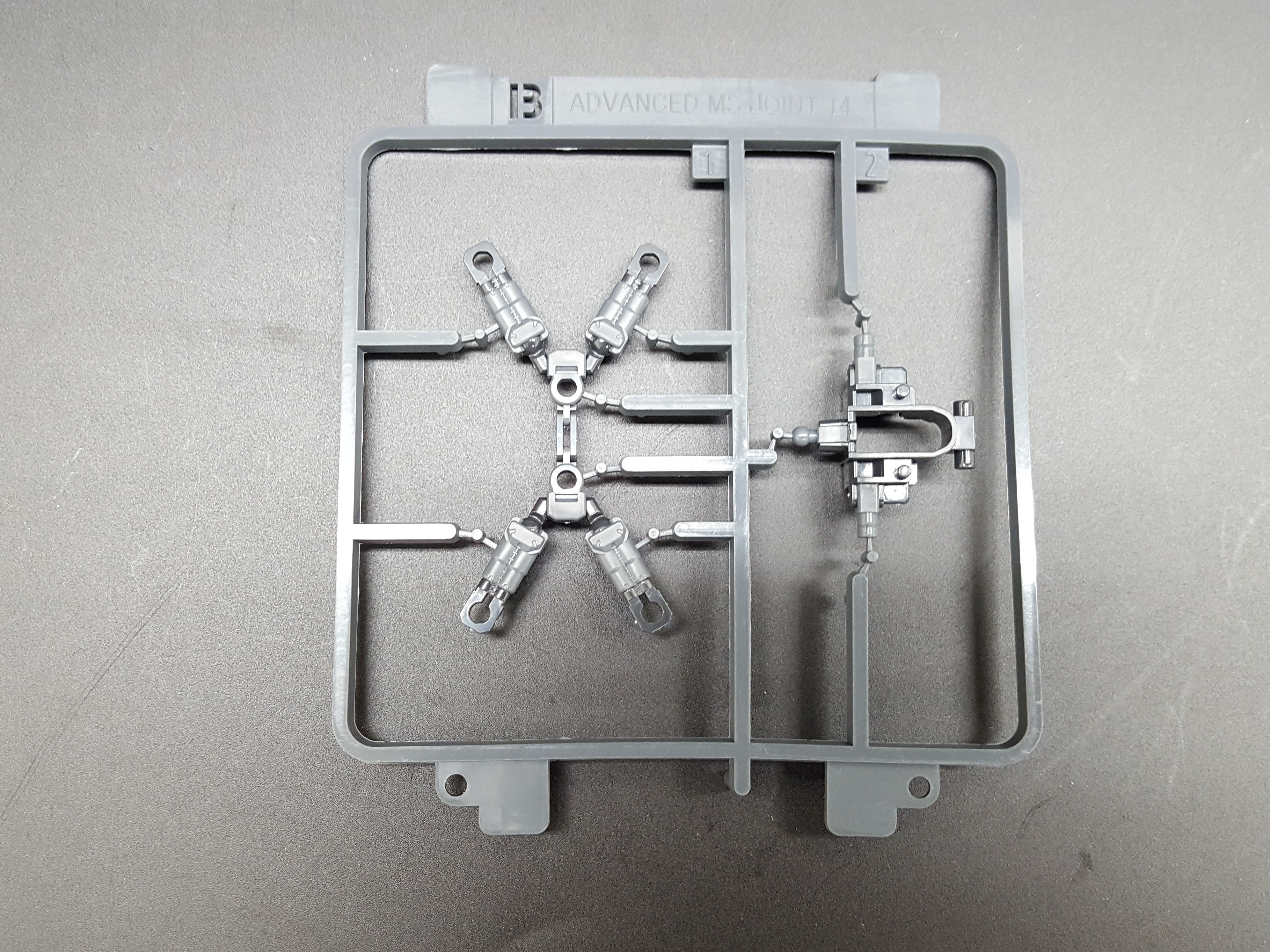 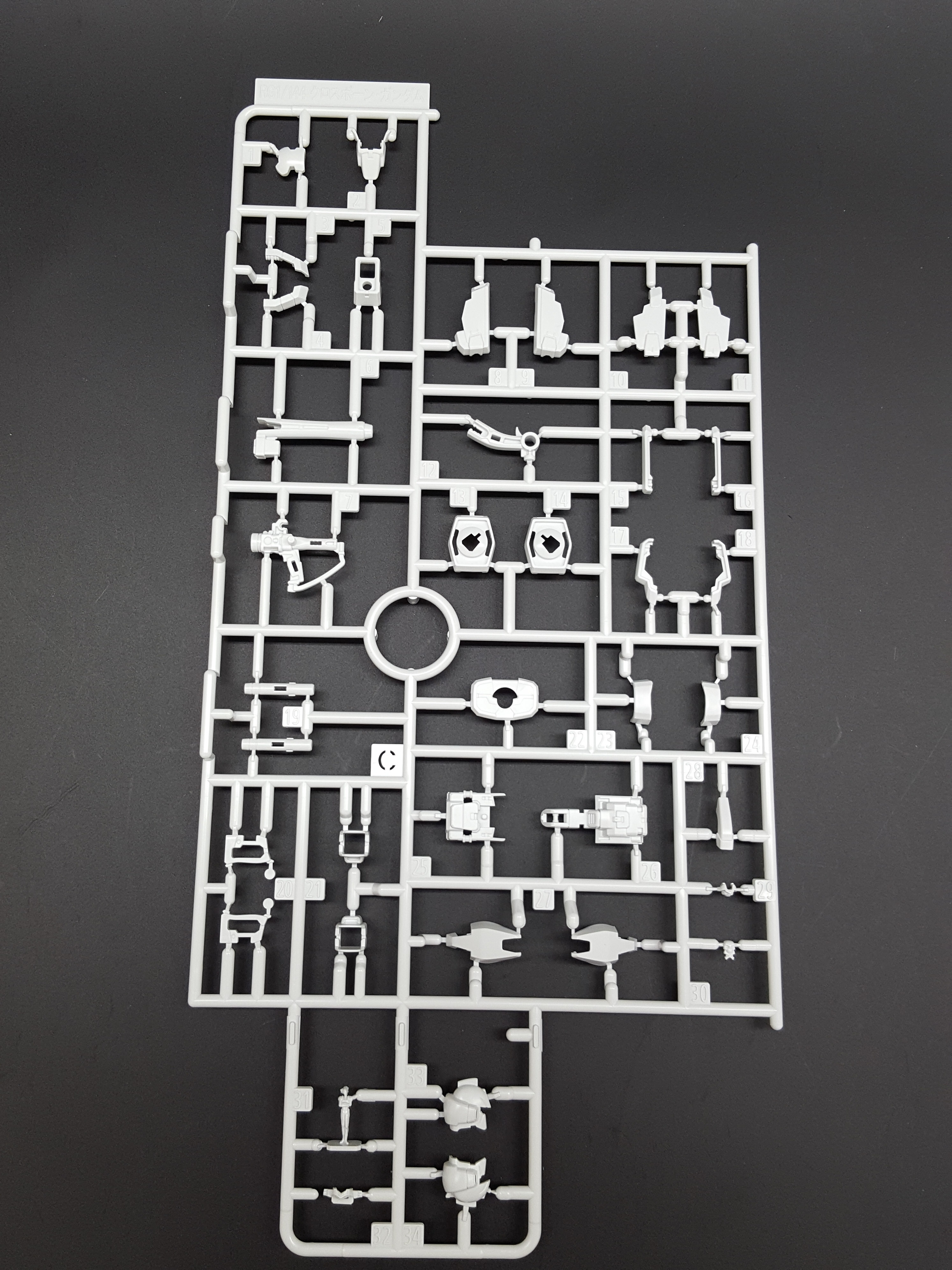 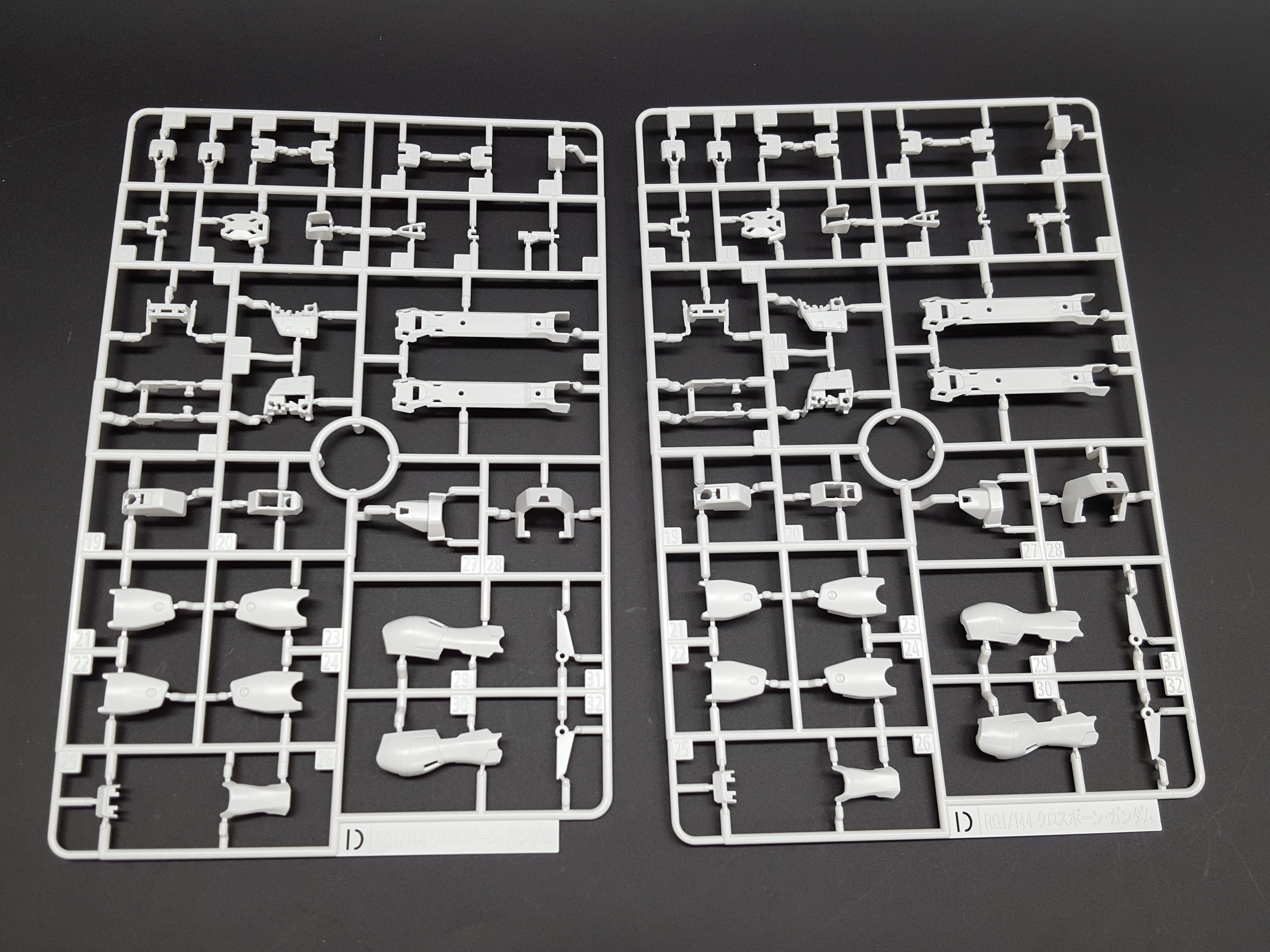 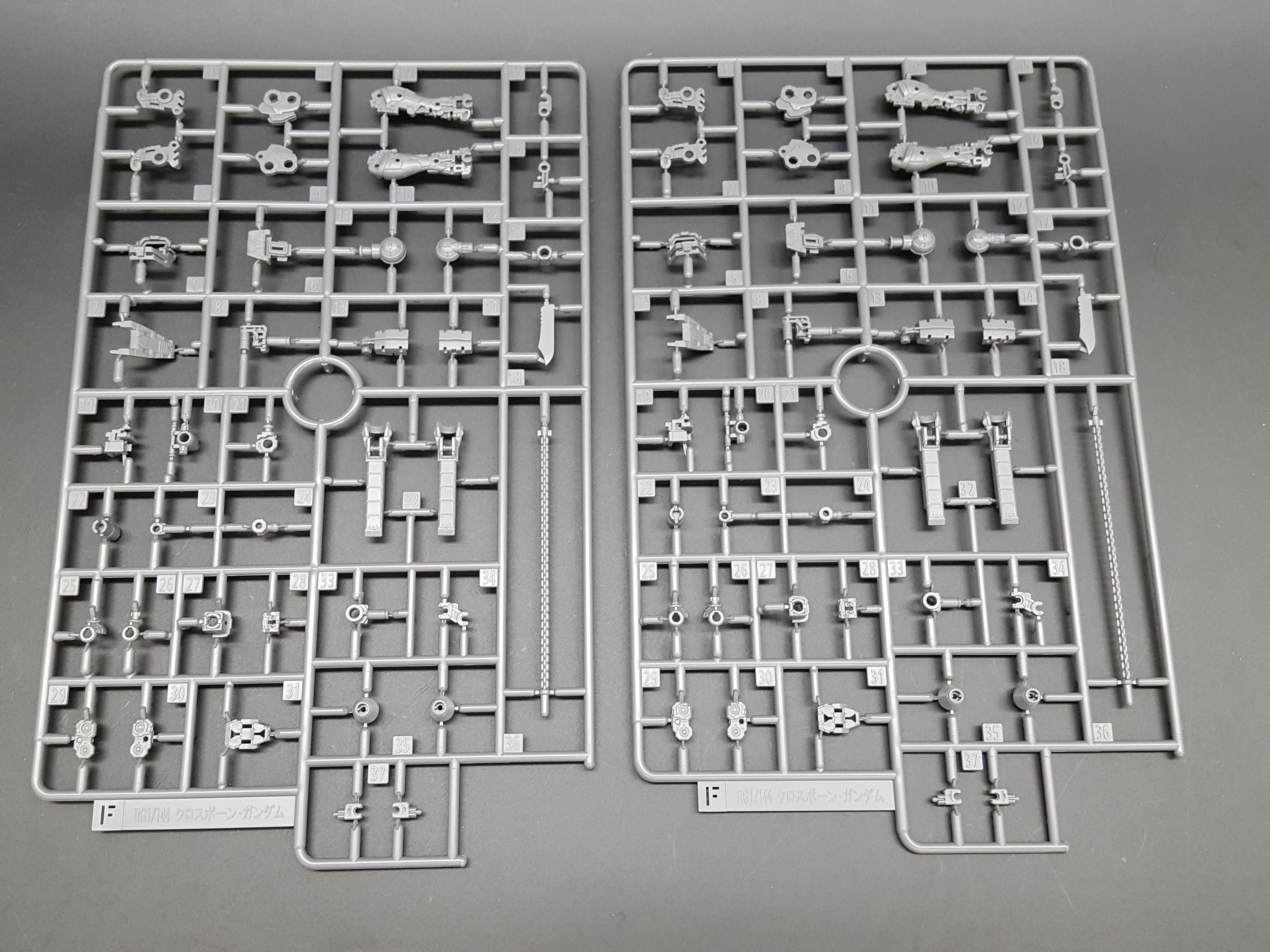 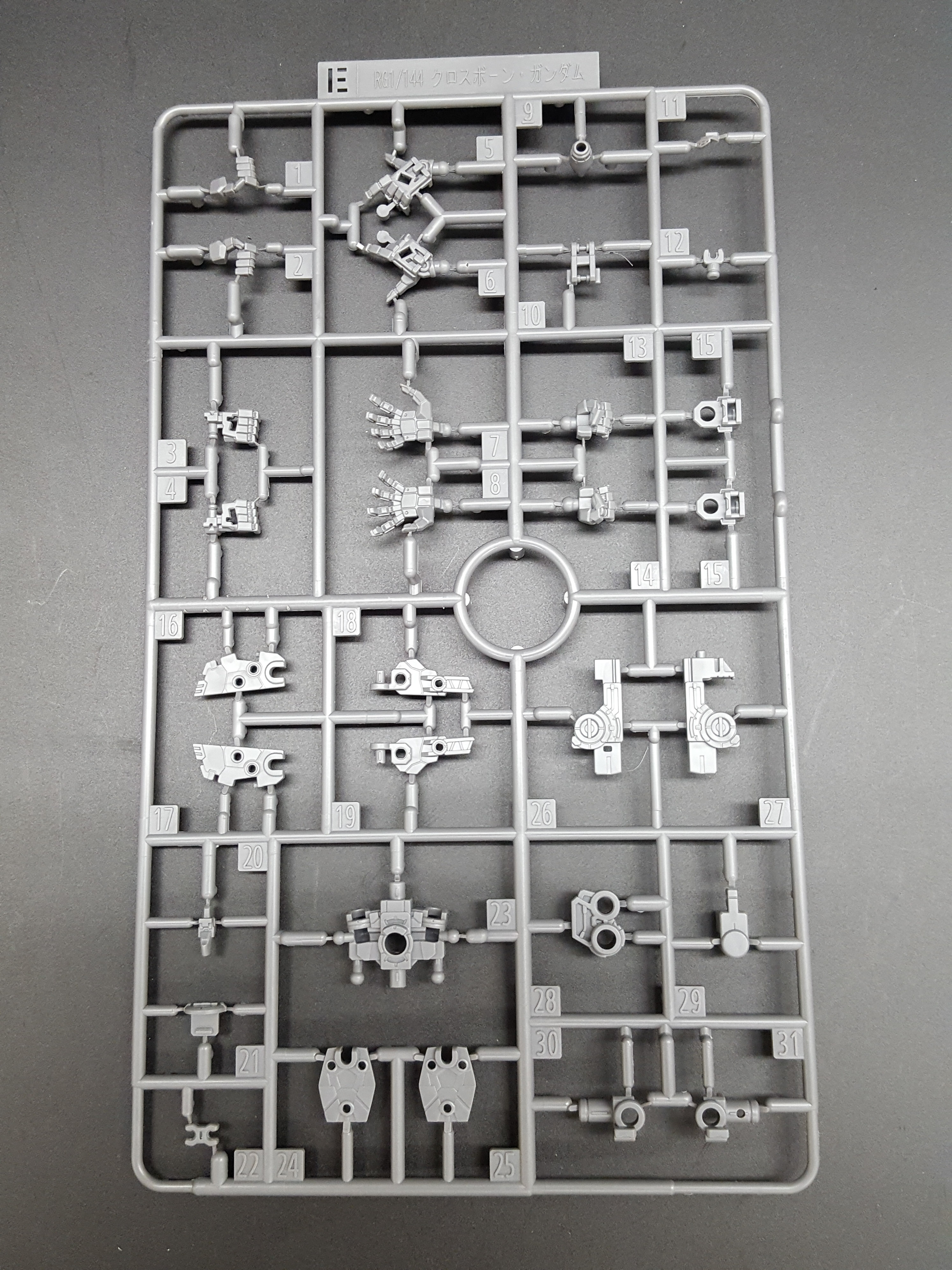 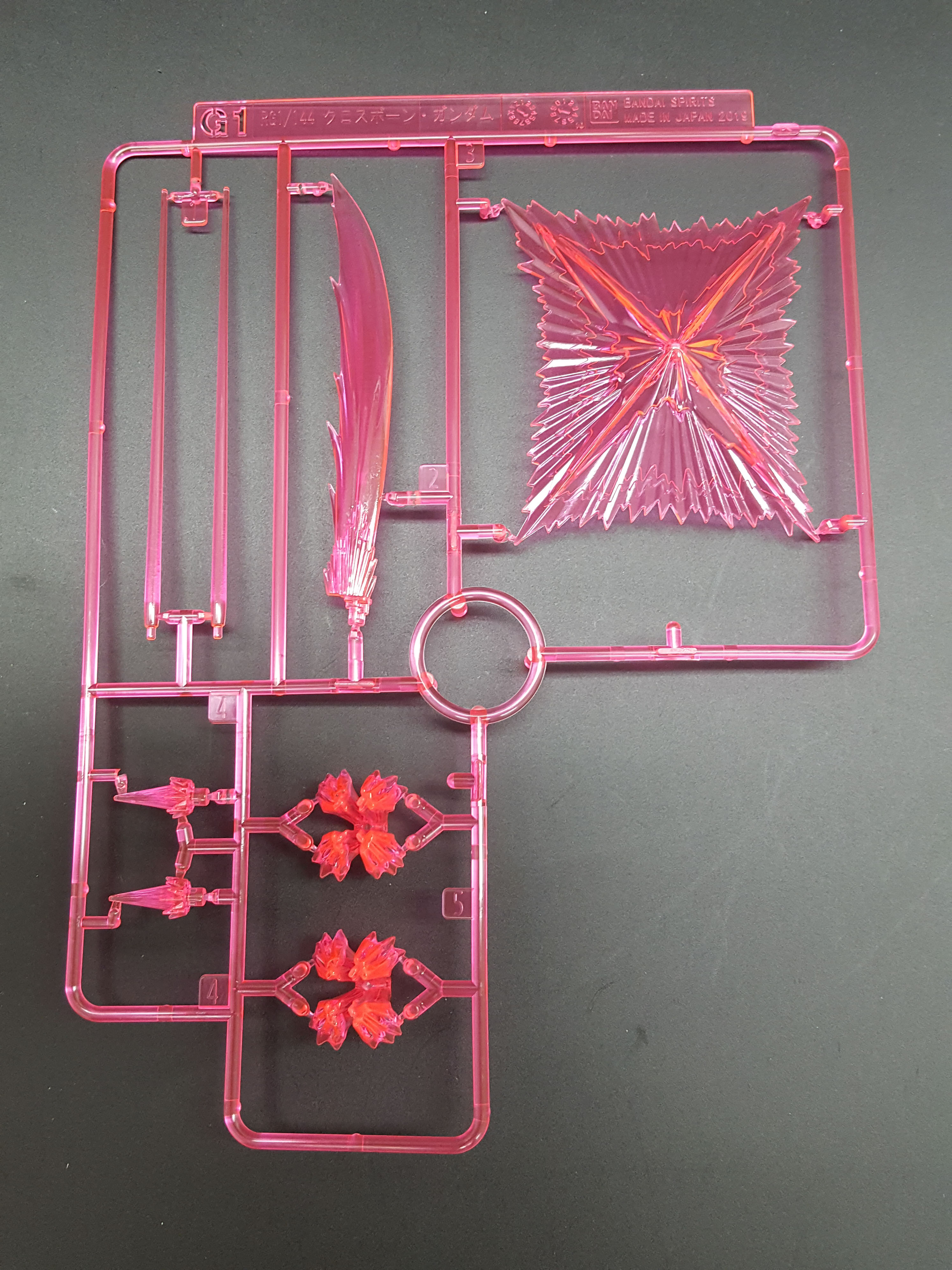 …and a whole lot of tiny stickers! Get your tweezers ready if you ordered this kit.