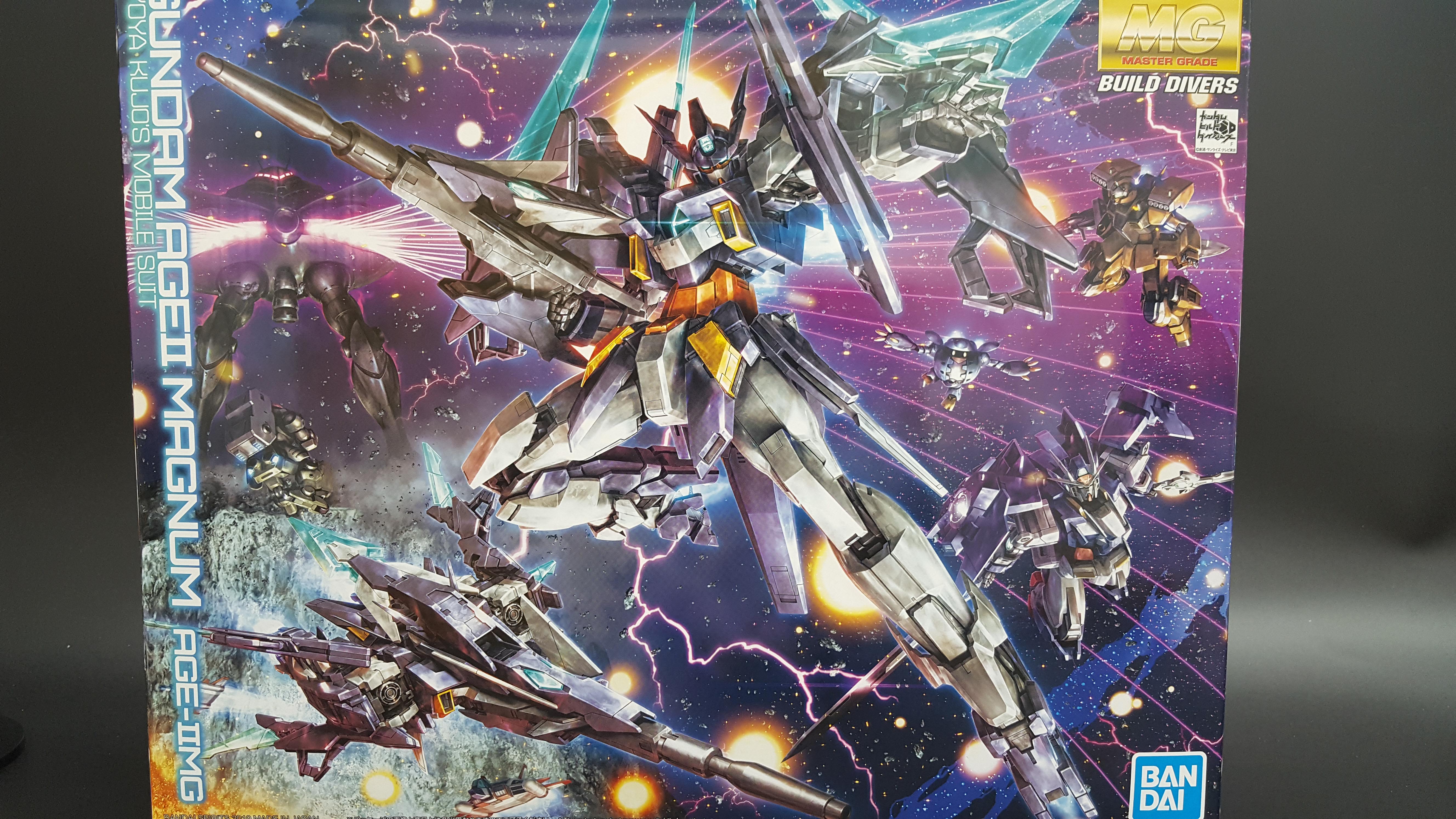 The Big Guns. (I’m sure there are kits with bigger actual guns out there, but…) The MG AGEII Magnum is the first MG kit I’ve ever taken a very close look at, myself. The box is bigger than anything I’ve checked out for unboxings so far, and awkwardly square-shaped (as opposed to the usual rectangular boxes we get with Figure-rise and HG kits). It barely fits on the studio table. It’s glorious. Let’s jump right in. 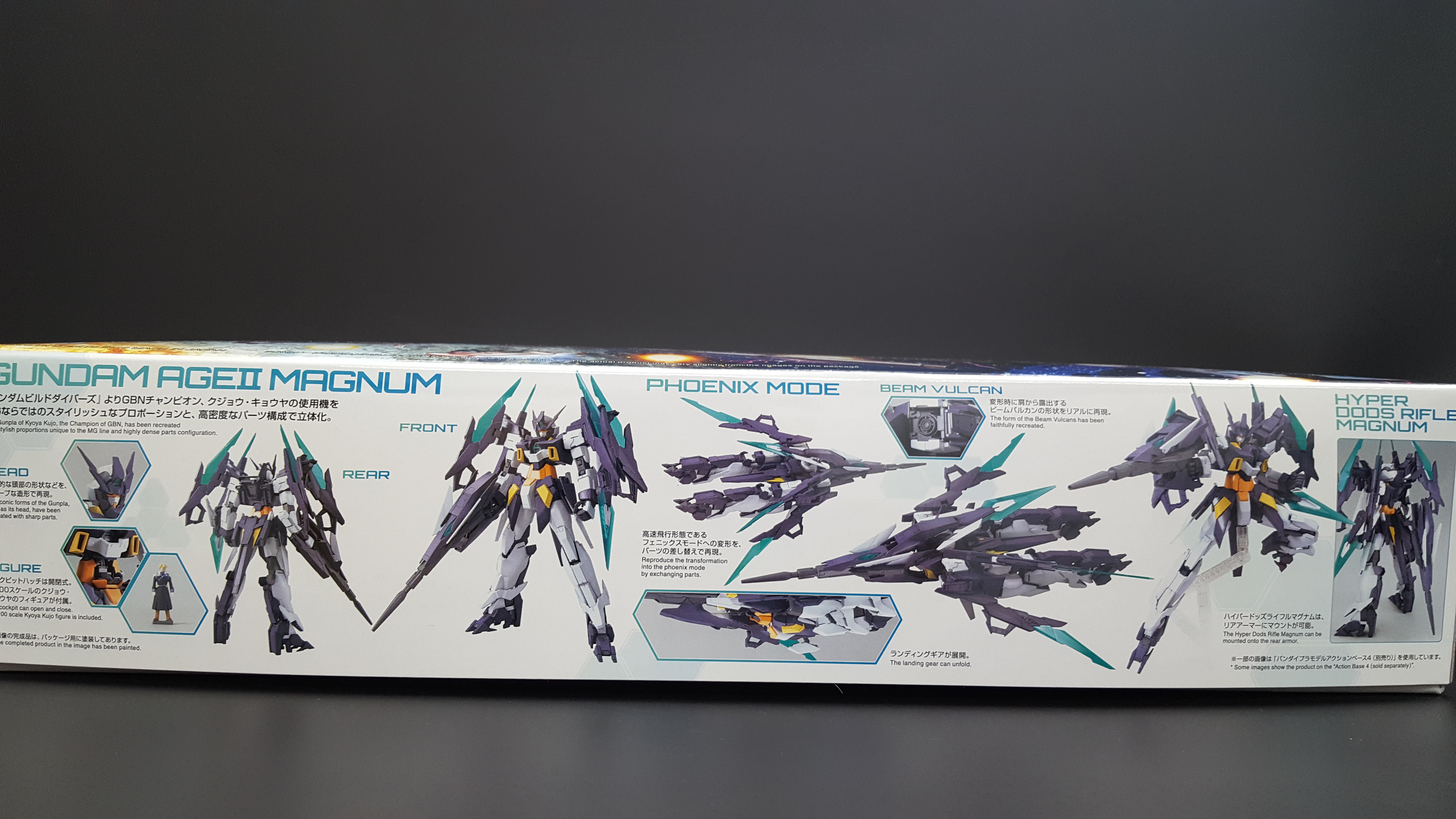 Here’s what Bandai wants you to know about this kit: 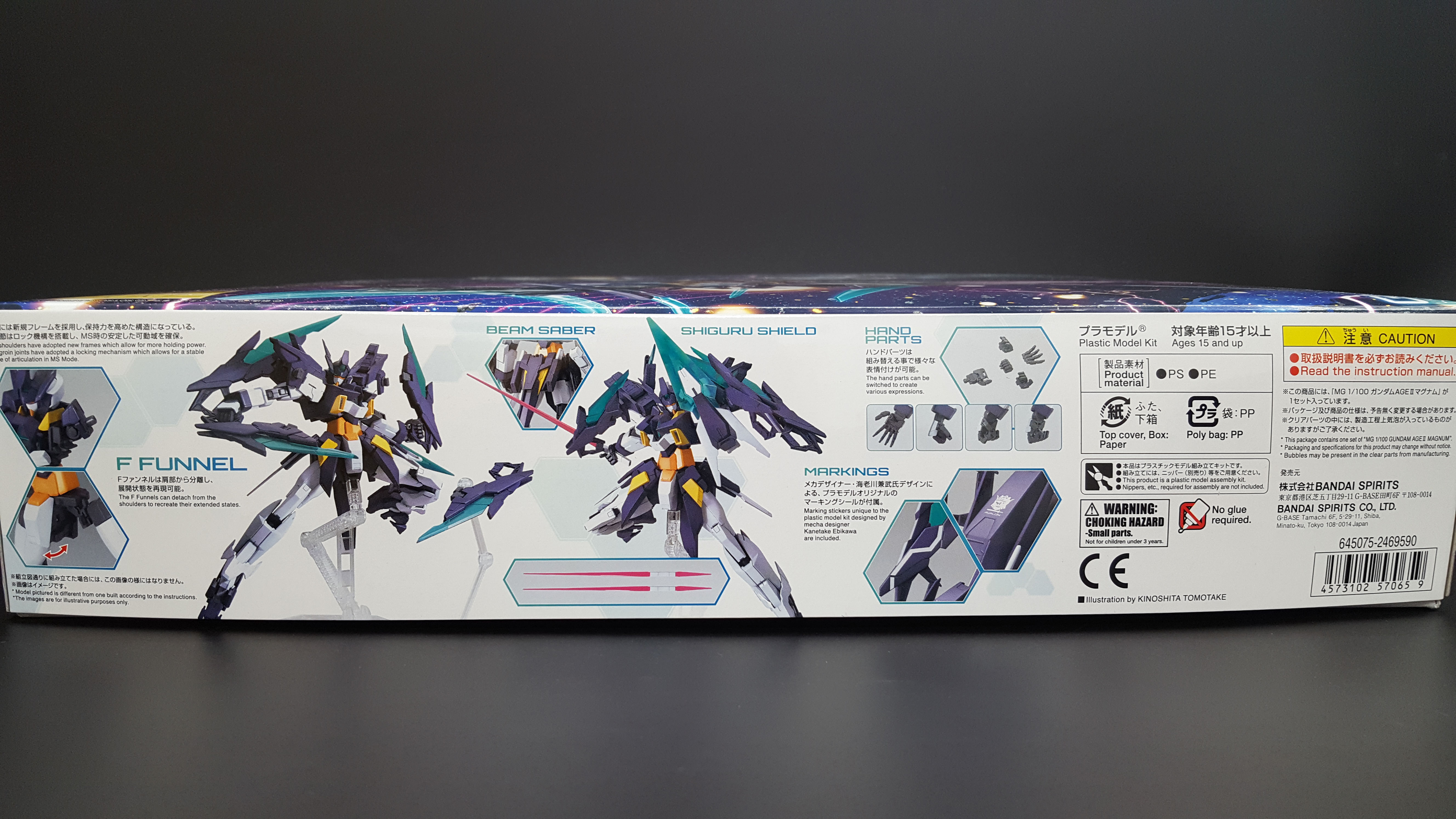 In addition, we’re seeing here that the kit comes with a Shiguru shield and beam sabers. It’s also noted on the box that the kit is shown in its promo images with an Action Base 4, which you’ll have to pick up separately if you’d like to land some of the less-balanced poses.

There are a whole lot of these, but what else would you expect from an MG? 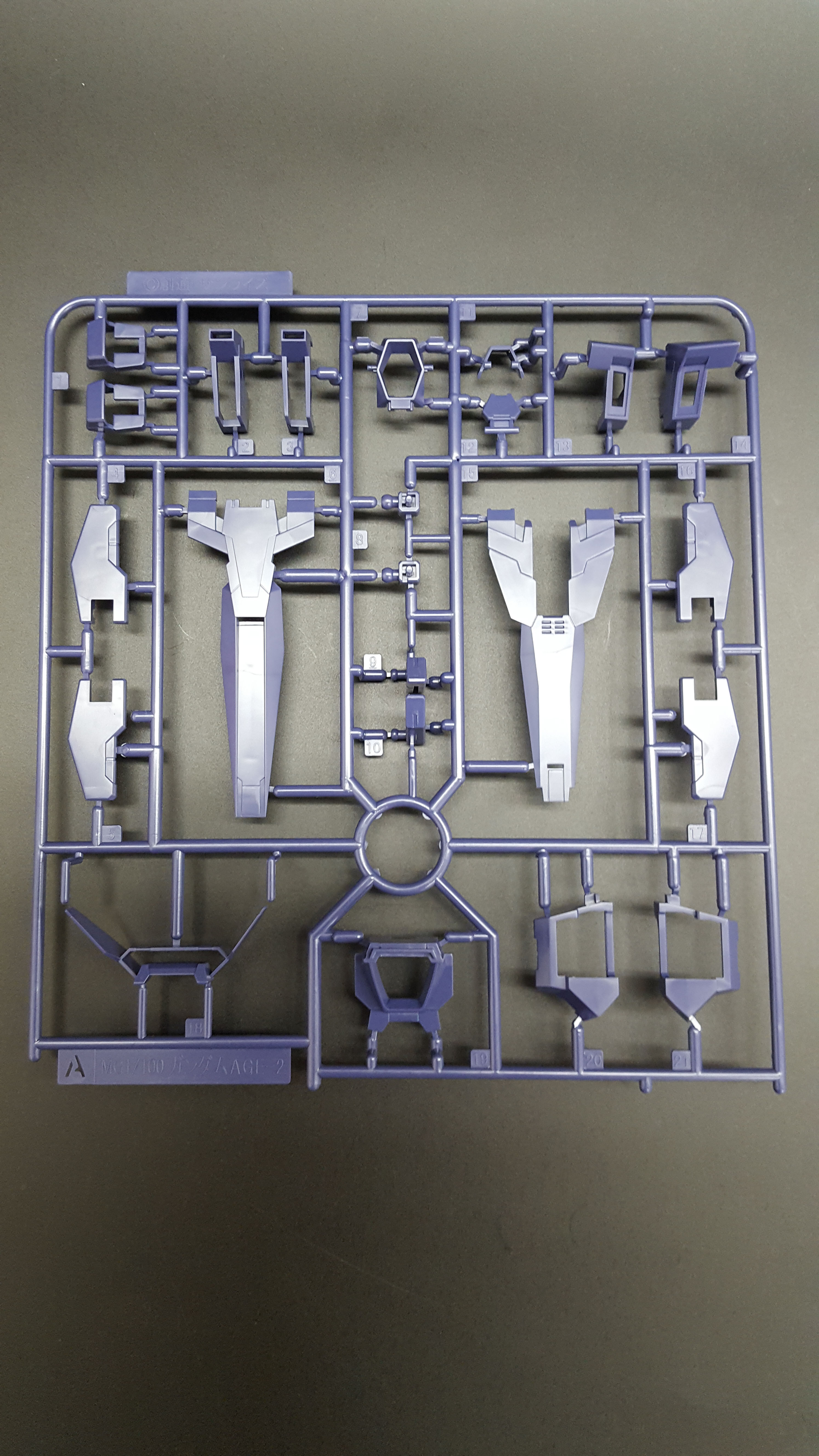 The purple A runner. 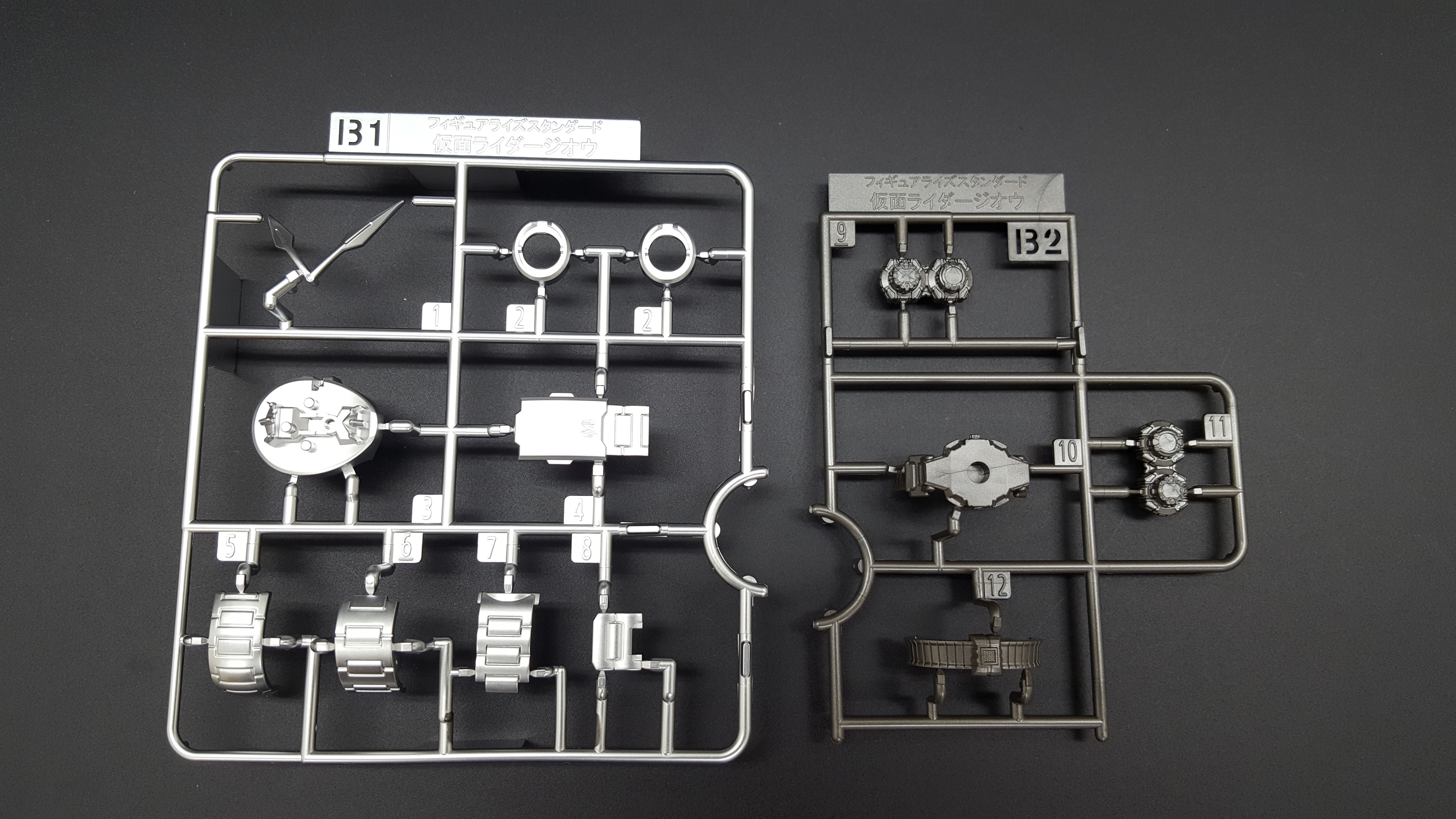 B1 in silvery-grey and B2 in dark grey. 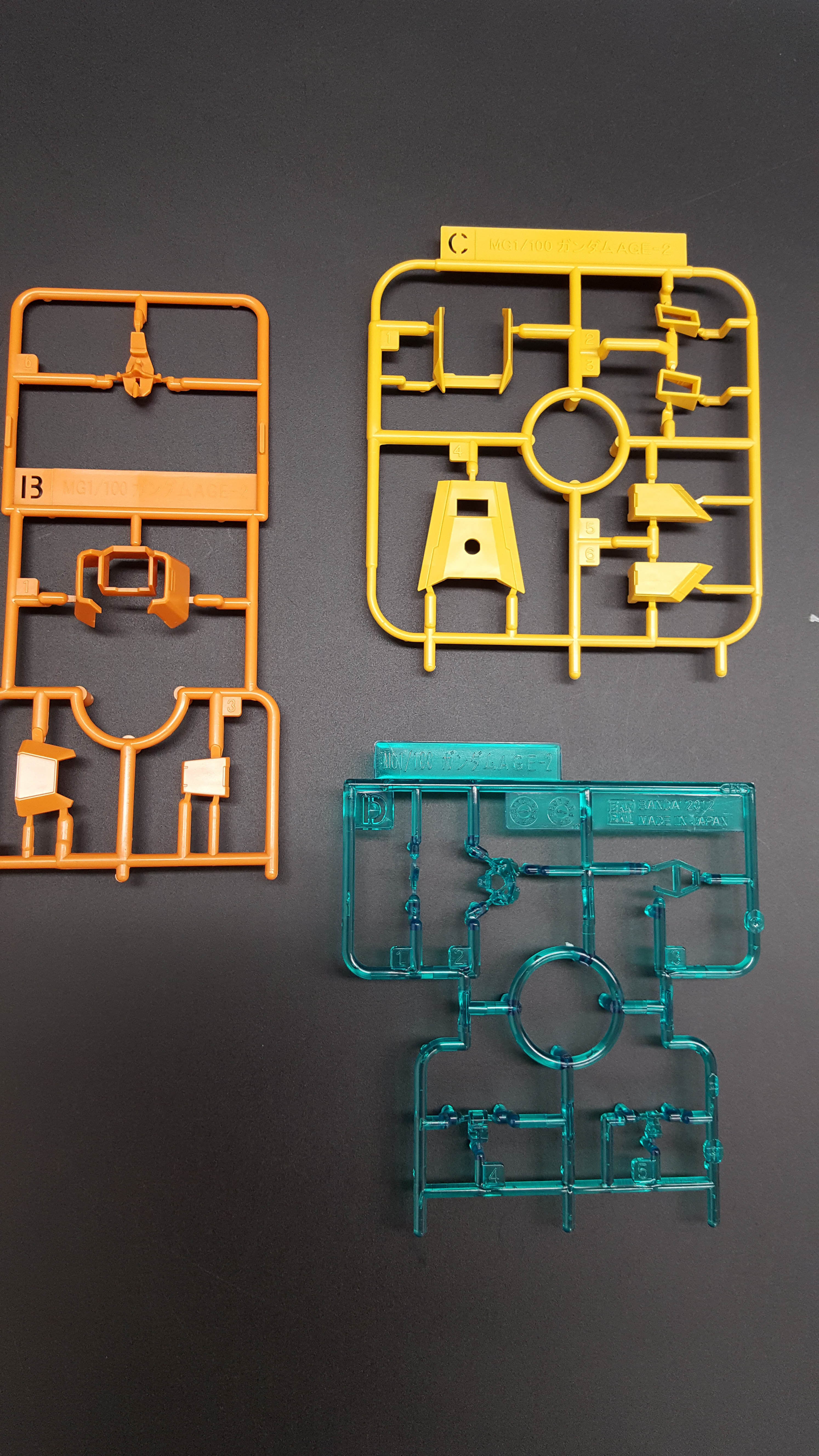 Another B runner — this one in orange — and the next two runners are all quite small. C has yellow parts and D is a nice clear blue-green. 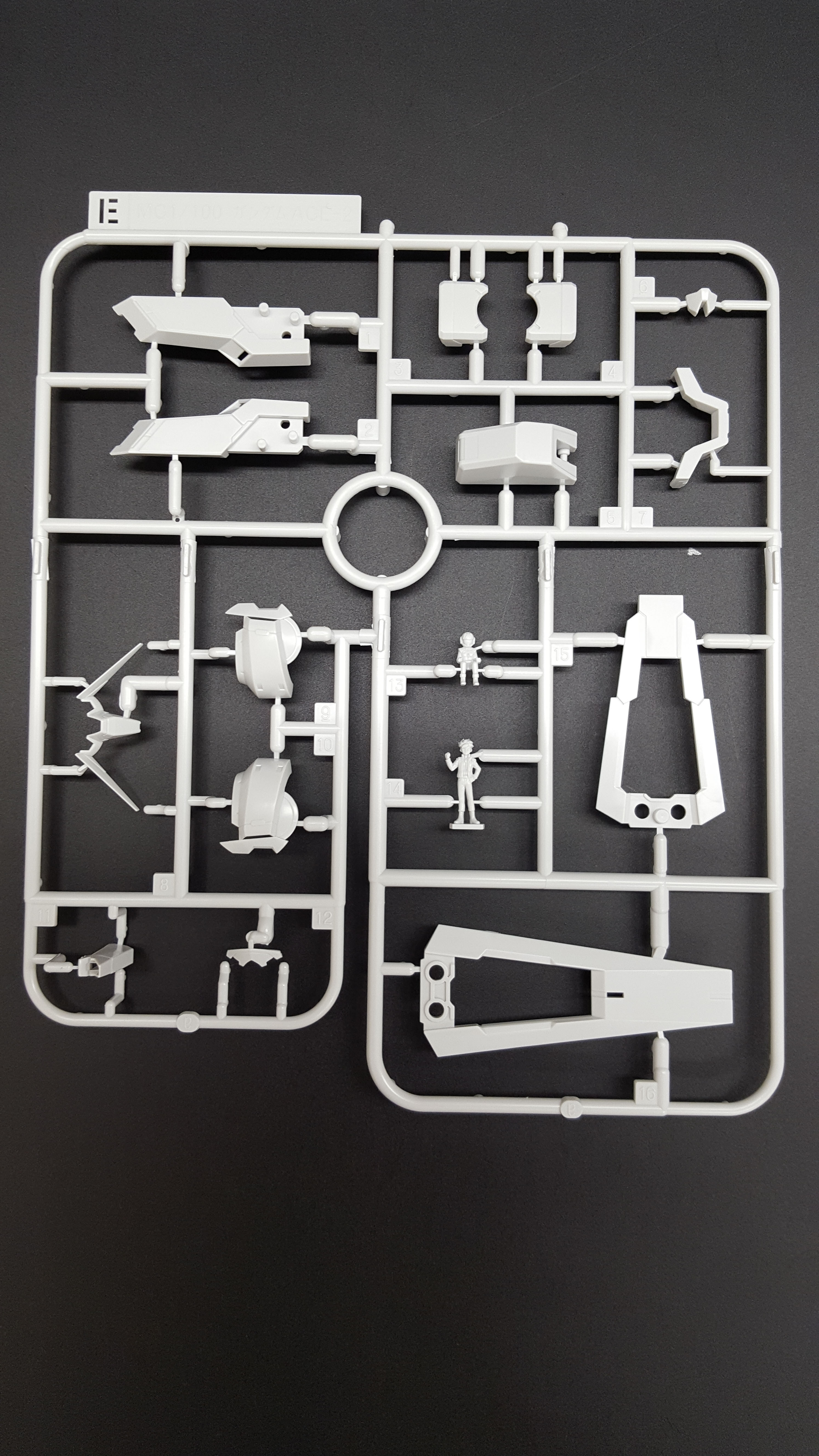 The white E runner. Kyoya is included here — you get him in a standing pose or a sitting pose for the cockpit. 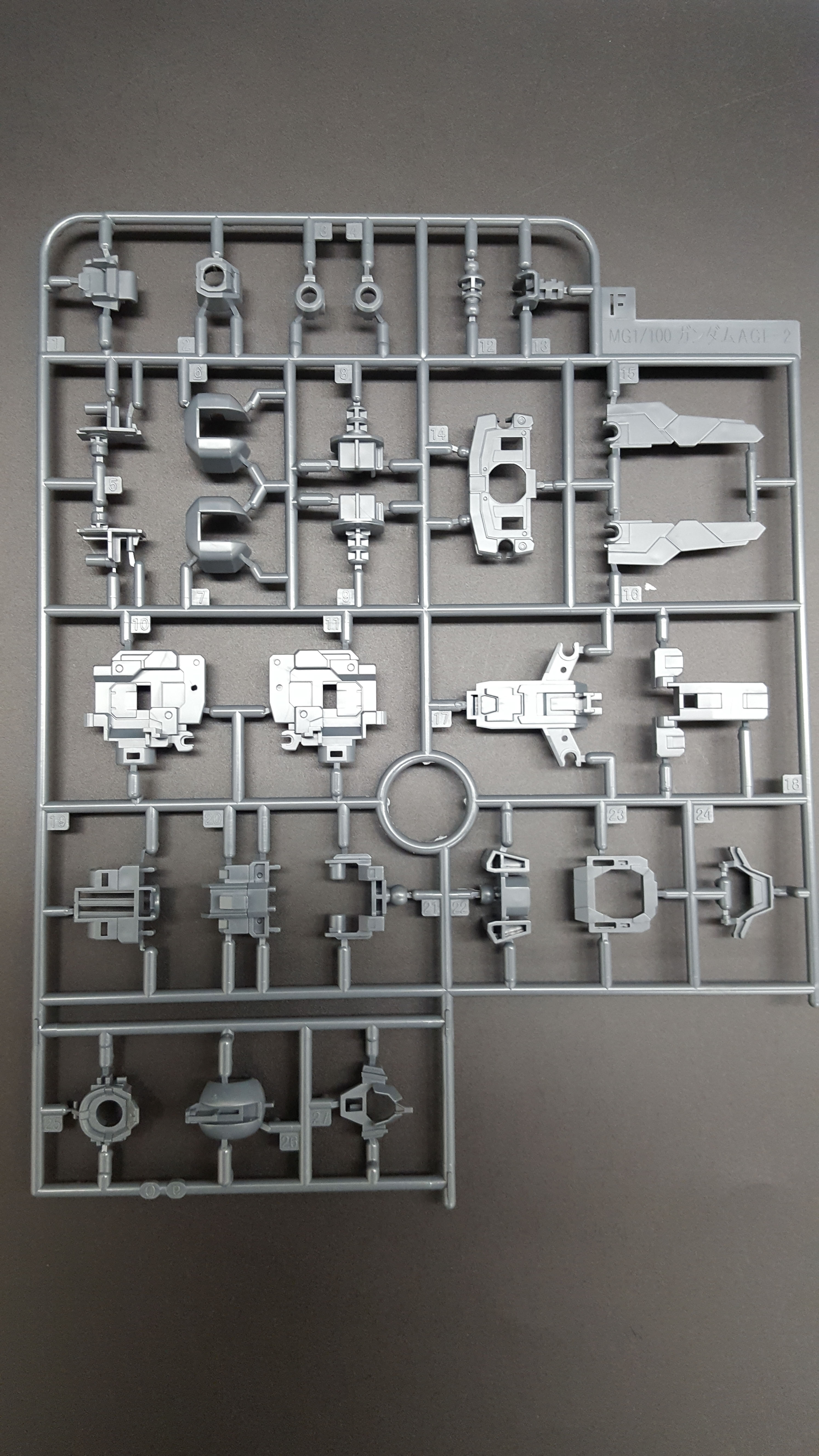 And two more identical runners for I, this time in white. 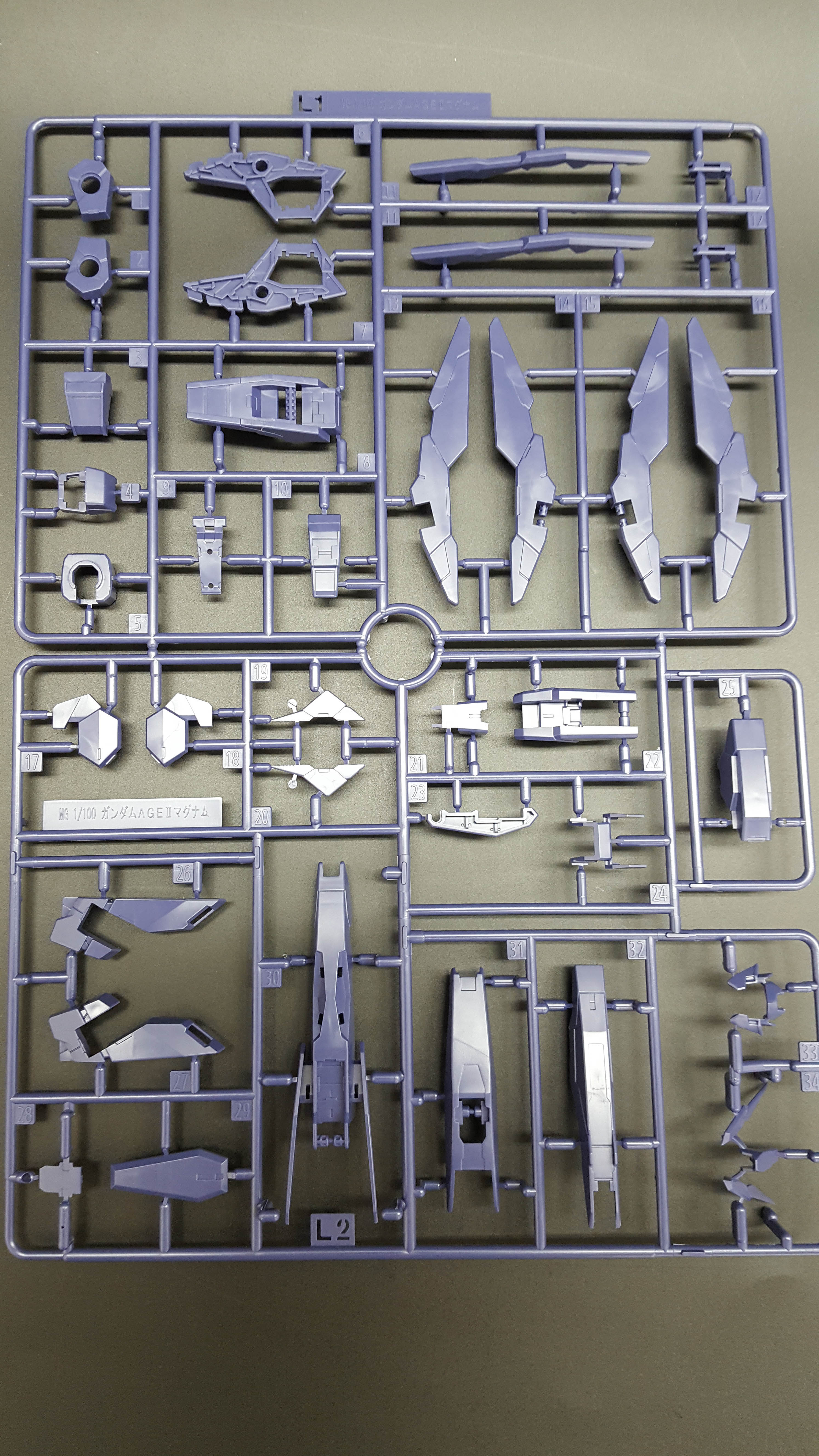 The L runners are interesting. The top half of both runners, L1, is identical, but after the circle in the center you get L2 and L3 runners, respectively. These are all in purple again. Back to smaller runners for J, in grey. There are some weapons parts in here. 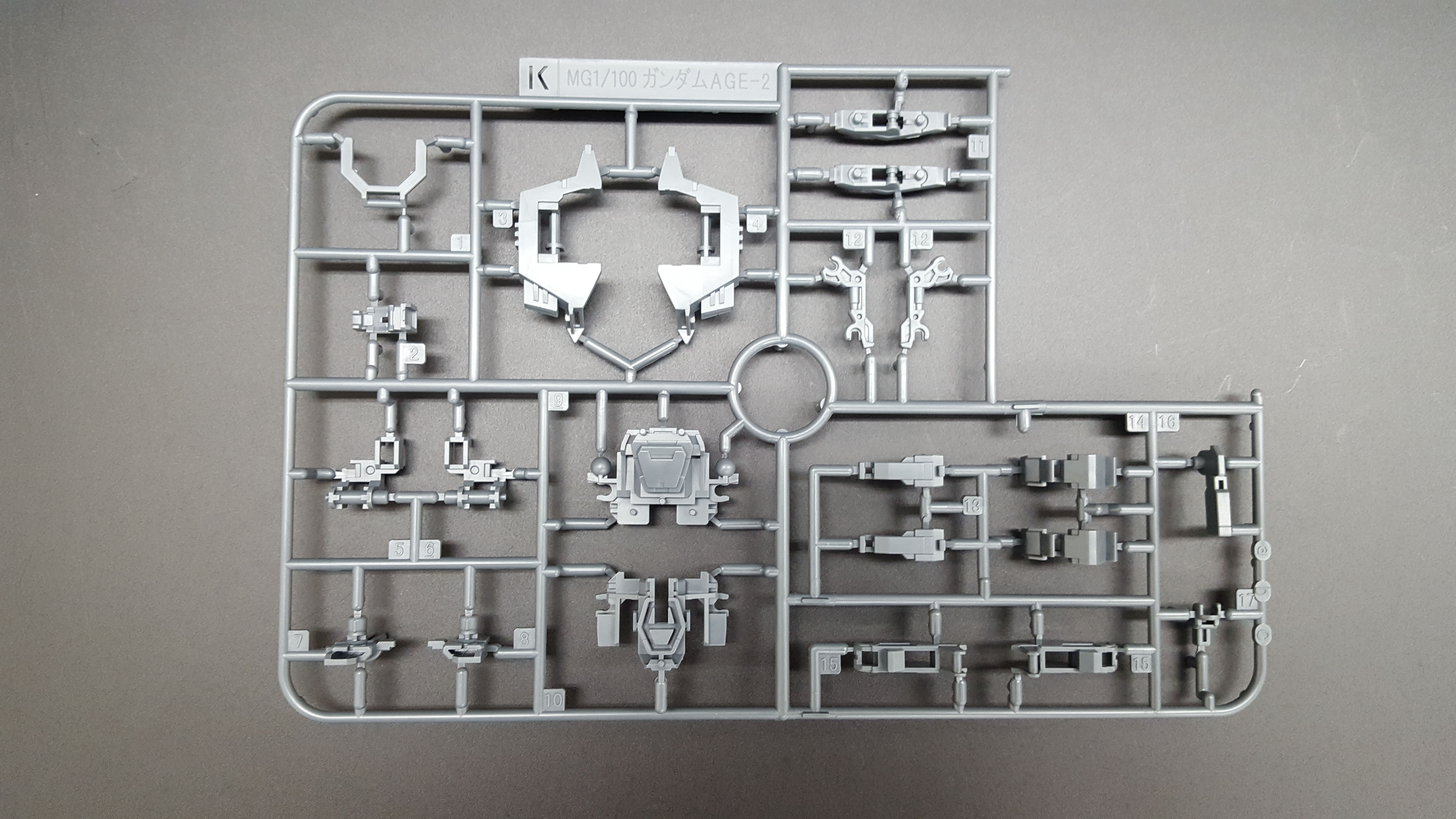 The K runner is also small and the same grey as J. M1 and M2, both small runners in white. We’re getting to the fun parts. O1 and O2 are molded in clear blue-green parts. And finally, a whole lot of polycaps and stickers. The sticker sheet on the left looks deceptively like decals, but is indeed just a sticker sheet. There are also two small foil sticker sheets for minor details and the eyes.